Hope or despair as one may, the experience of a film festival is a surprise sui generis creation born from a clash-overlap between what an audience member wants to see, what the programmers have chosen, and the confluence between the two via the Gods of Scheduling. In the case of the Vienna International Film Festival—the Viennale—what fell on my first day across the hatchmarks of mine, theirs, and that most frustrating of wild cards was not a single new film, but rather a requirement and an indulgence. The first was Fritz Lang's Die Nibelungen, Siegfried and Kriemhild's Revenge (1924), which I had never seen, and the latter was a free slot opened up by an unexpected early arrival, allowing me to also catch Lang's Ministry of Fear (1944), which I had. Twenty years separate these two Fritz Lang films—part of the Vienna Film Museum's complete retrospective of the director—yet I saw them within an hour of each other; cinema really does reshape time, not just within films—its supreme modernist accomplishment—but in our ability to access their times in our own independent ways. 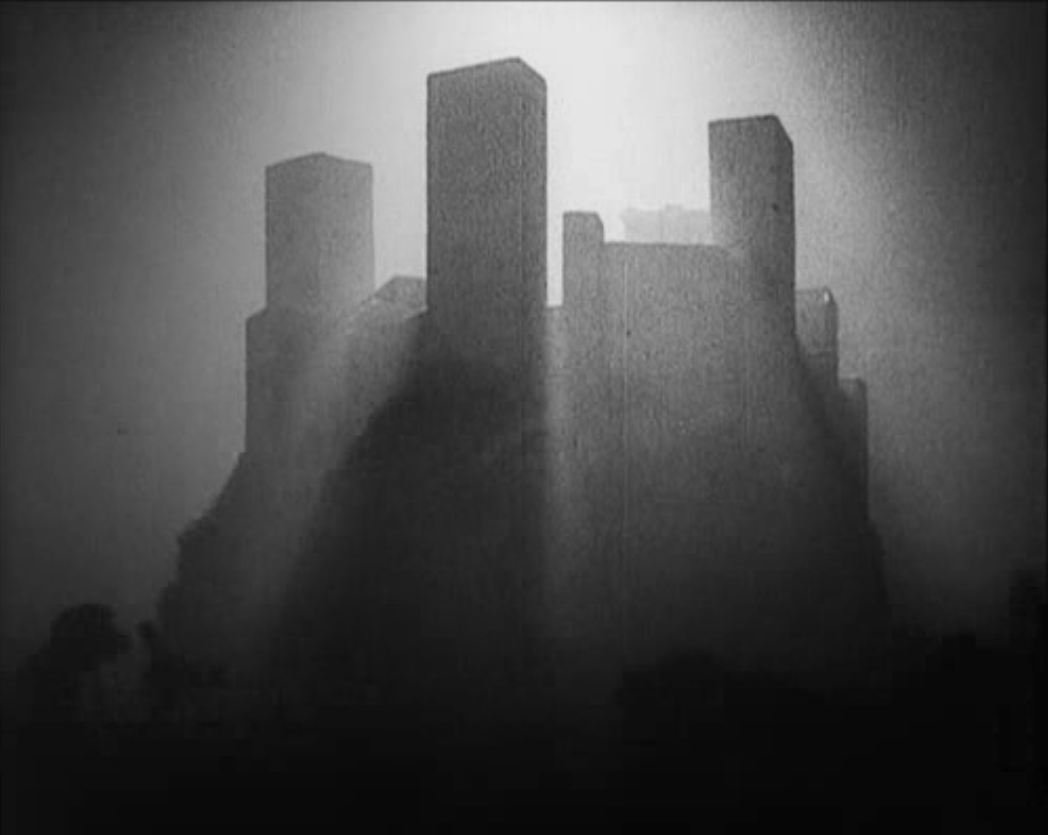 I could not have been the most attentive viewer, no doubt in part due to jetlag, having been awake for nearly thirty six hours, and committing myself in these conditions to Die Nibelungen's two hundred and seventy minutes of cinema without translation (long dead is the myth, I hope, that cinema is some kind of "universal language")—speaking of time, the first day of a festival occurring in a different time zone is a struggle to unify biological time, local time and cinematic time. In these conditions I greatly preferred the shabby, plot-hole ridden picture of 1944, its baffled, murky and oppressive paranoia and its disjointed aura of feeling exiled in one's own country to the portentous, “meaningful”-masterful totemic super film of 1924. I can see why history and historians prefer the earlier picture; it seems—it is, but it also gives the attitude of being—entirely full of import: every gesture, every geometric set, every be-patterned shield and robe, every object is Something and Means something, the part-symbolic, part-metonymic language of the silent cinema at its essence, and at its loudest. I'm reminded of how again and again the canonical discourse defaults to preferring early, foundational work by filmmakers—not just Lang but, for example, Renoir, Uchida, Antonioni, Hou, and, perhaps now in progress, Lynch—to their later phases. The early films in cases like these always seem praised for a more direct, original revelation, whatever that may mean in the case of each filmmaker, be it visionary grandeur (Lang), social realism (Renoir, Uchida), or national-historical relevance (Hou), and later works being painted as compromised, disconnected, frivolous, having lost some sort of “touch.”

This Lang pairing echoes this dominant view: nothing seems larger than the myths consecrated shot by shot in Die Nibelungen; nothing more inconsequential and generic than the slipshod Graham Greene adaptation of the war years, underfunded, undercast, underwritten. Yet I prefer the latter for its minute detail, its precise abstraction of the moment's atmosphere/fear into a sinuous trail of ominous, nearly dreamlike cause and effect. It is now, of course, just as expected to praise the maligned period or films of a director's filmography as it is to stick to the canon; I for one am still freshly shocked whenever I've hear, as I have  in the last year or two, praise for Café Lumière, a film I distinctly remember being generally judged and dismissed as “minor” upon release. Whether such reevaluation ever enters the canon is another question. Lang's American work seems to still be regarded with the same expected milestones: Fury's first production, the Bennett-Robinson “noirs,” and The Big Heat. 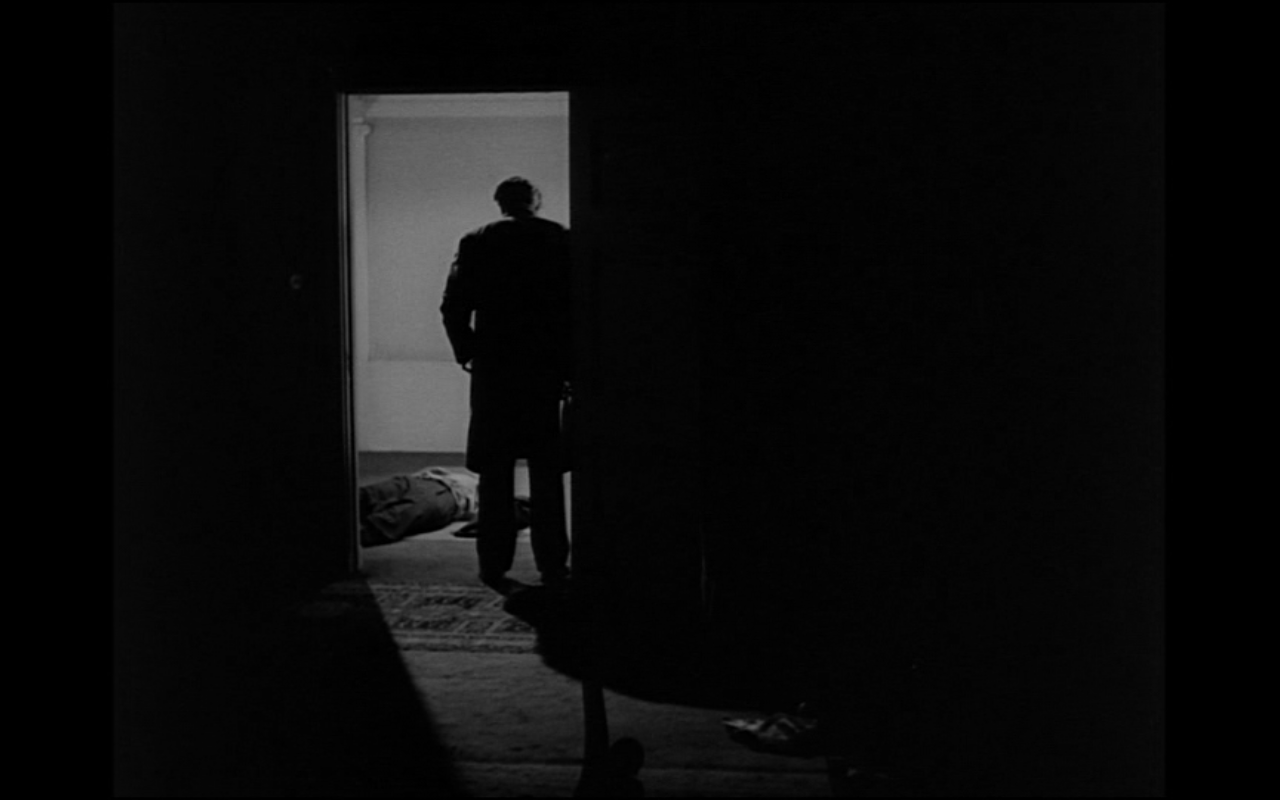 Above: Ministry of  Fear.

The wandering eye and the unsuspecting mind engendered by a looser, more shambling film like Ministry of Fear, one that doesn't declaim from each shot its blunt force of importance, lets its tone and shadows and snakiness find its way under your skin. Die Nibelungen left me browbeaten, exhausted; Ministry of Fear, curious, unsettled, suspended. All the same, the larger film prepared me for what followed: the epic legend's language of interconnected objects, rooms and persons as each being a thing and at once standing outside the world, straddling an evocation of something unreal and mighty beyond its strict material or narrative presence, caught just as strongly in 1944, but with everyday elements like a telephone, a man in a chair, scissors, a train ride, mirrors. I must admit I saw more, much more, in something small due to the titanic vision of something almost too large. Cinema is so full of images it seems like history only remembers that which looms, towering; but perhaps the mysteries of the lesser things are those created by—if not existing on—those towers' shadows.﻿