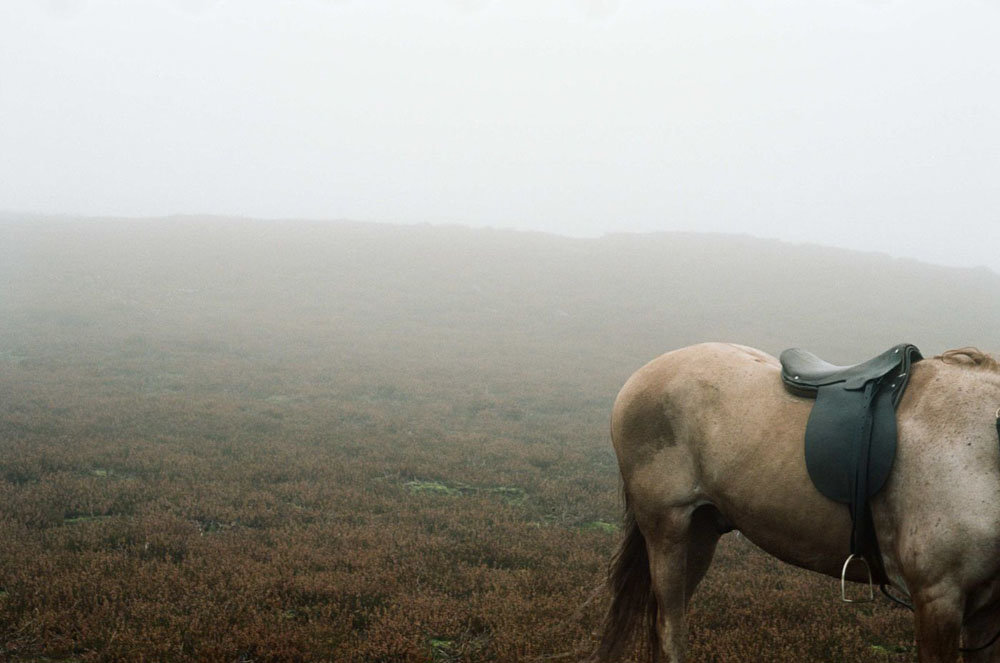 "Full credit to director Andrea Arnold for taking such a bold and distinctive approach to Emily Brontë's account of sweeping passion on the Yorkshire moors," writes the Guardian's Xan Brooks. "Her line in creative vandalism rips off the layers of fluffy chiffon that have adhered to the tale through the course of numerous stage and screen adaptations. It pushes the story all the way back to its original 1847 incarnation and then beyond, up-river, into primordial sludge. What comes back is a beautiful rough beast of a movie, a costume drama like no other. This might not be warm, or even approachable, but it is never less than bullishly impressive."

"You call tell almost immediately that this Wuthering Heights is a film by Andrea Arnold, the writer-director of Red Road and Fish Tank," writes Time Out London's Dave Calhoun. "This might be the British filmmaker's first literary adaptation, but all her trademarks are there, from the woozy camerawork capturing motes of dust in the sunshine and almost-square, Academy screen ratio to the use of natural light and the up-close-and-then-some relationship with one character. In this austere, elemental version of Emily Brontë's 1840s novel, that character is Heathcliff, played first by Solomon Glave and later by James Howson. Arnold's Heathcliff is not the gypsy of the novel. Instead, he's black, or mixed-race, and the reluctant members of his new family in a farmhouse on a wind-battered Yorkshire moor react as you might expect to their father's act of charity in adopting this vagrant, considering the period and the locale — 'He's not my brother, he's a nigger,' spits a young hot-head."

"This makes the hostility he encounters much more overtly racist," writes Leslie Felperin in Variety, "and adds a contempo resonance given the interracial romance that develops between him and Catherine Earnshaw (first Shannon Beer, then Kaya Scodelario), whose father (Paul Hilton) adopts Heathcliff and brings him to live at the Earnshaws' isolated moorland farm. However, the casting also chips away at the realism, as it becomes more implausible that Heathcliff would have found a way to earn so much money when he comes back a wealthy man in the story's second half. That said, there's some justification in the way the original text continually refers to Heathcliff's black eyes and hair, as well as his 'black' moods and temperament. In the end, however, the trickiness of the casting is the least of the pic's problems. More challenging is its languorous repetitiveness, burdened as it is with too many (admittedly beautiful) sequences in the early going in which Heathcliff and Catherine frolic like lambs amid the heather, luxuriating in a quasi-incestuous but ultimately chaste intimacy."

"The film had been in development for years," notes Oliver Lyttelton at the Playlist. "Natalie Portman was originally attached to a version helmed by John Maybury (Love is the Devil), before Abbie Cornish stepped in, with Michael Fassbender set to play the key role of Heathcliff, while another about-turn in 2009 saw Peter Webber (The Girl with the Pearl Earring) in the director's chair, with Gemma Arterton and Ed Westwick in the two lead roles (we can't be the only people to be glad that didn't come to pass…). But Arnold eschewed the starry route when she took the job… More importantly, would Arnold taking on such well-known literary material lead to her abandoning what made her earlier work so special, and turning out yet another airless costume drama? Happily, not in the least… While Brontë purists might take issue with some of Arnold's creative decisions, they also manage to make it a radical, but entirely successful, version, one that might be her most uncompromising film yet."

3 out of 5 stars from the Telegraph's Anita Singh; Domenico La Porta talks with Arnold for Cineuropa.

As it happens, Cary Fukunaga's adaptation of Charlotte Brontë's Jane Eyre opens in the UK on Friday. David Jenkins grants it four out of five stars in Time Out London. At any rate, a few weeks ago, the Telegraph asked a few high-profile Brits to pit Brontë against Brontë, Jane Eyre against Wuthering Heights. And why all these adaptations of the same novels over and again when we already have so many? Because, argued Peter Conrad in the Observer last month, we need them.

Back in March at the BOMBlog, Leah Umansky recalled a conversation she had with Rebecca Melnyk about Wuthering Heights, a memory sparked by Sam Taylor-Wood's photo exhibit Ghosts, inspired by the novel.

Updates: The film "shows how 21st century cinema can — and should — go about boldly revitalizing even the most familiar literary properties," writes Neil Young in the Hollywood Reporter. The tale "may deal with fictional events set 300 years in the past, but Arnold and her collaborators depict them with a vivid, urgent vibrancy that instantly and absorbingly erases the gap of centuries…. One of the themes of both book and film is the contrast between wildness and civilization — Heathcliff and Cathy's happiest times are spent exploring the muddily picturesque moors — and Heathcliff always retains his close bond with nature and the earth. This is powerfully conveyed by Arnold and her cinematographer Robbie Ryan through the close attention they pay to the flora and fauna of this remote corner of Yorkshire." Ryan "achieves lustrous wonders with high-definition video as he works with a palette of loamy browns, cobalt blues and moss-damp greens."

"The earthiness of Arnold's approach — she cowrote this adaptation with Olivia Hetreed — does amount to a degree of pretension," finds Movieline's Stephanie Zacharek. "Her choices are so bold and definitive that you're always aware of them as filmic choices. She subjects us to on-screen killings of sheep and rabbits (the latter reminiscent of Louis Malle's Lacombe, Lucien) and, for my taste, there's one too many puppy-hangings (though I'm sure that, unlike that sheep and that rabbit, the dogs were rescued in real life before succumbing). And in the end, I didn't get the emotional charge from Wuthering Heights that I was waiting for, hoping for. But it's certainly one of the thorniest and most thought-provoking films of the festival." ﻿

Updates, 9/7: "[T]he novel serves as a theoretical starting point for an artwork that redraws the story with the most immediate sensory tools of its medium," writes Guy Lodge at In Contention. "This is a Wuthering Heights of weather and flesh and grass and locked eyes, one that has the simple common sense and staggering cinematic wherewithal that great adaptations don't beat great writers at their own game; they play a new game entirely. Whether Arnold, heretofore a ferocious stylist of urban realism on the record as saying this is the only novel she'd ever consider adapting, has won here will depend on your taste for austere cinema of the physical; since yesterday's premiere, that laziest and least evocative of jabs, 'pretentious,' has been heard a fair bit on the Lido in response to the film, when it actually couldn't be more brazenly self-possessed. Most should agree, however, that a project that initially threatened its director's defection to middlebrow prestige after the spiky wonders of 2009's Fish Tank has turned out to be her most extreme auteurist work yet."

"What makes it is also what mars it: a poetic, intensely auteurish take on the material that more than once comes between us and the story." Lee Marshall in Screen: "In a sense, Arnold captures the essence of Brontë's dark and windswept tale far more accurately than William Wyler's 1939 version with Laurence Olivier and Merle Oberon as Heathcliff and Cathy. Brontë's Wuthering Heights is not a bodice-ripper but a story of obsession, revenge and cruelty both physical and emotional. But at least Wyler's film put its romantic cards on the table; Arnold, on the other hand, seems to be circling the material hesitantly, as if trying to work out her take on the story while making the film."

"What really fascinates is how Arnold has completely deprived the story of any romance," writes Kaleem Aftab in the Independent. "This is a story of emotional repression. The protagonists only realise the cost of love when it's way too late. When Heathcliff returns as an adult (James Howson) his motivations are as grey as the clouds. However, in pushing the story so far in this direction, Arnold has lost some of the magic of the text, which makes it far more difficult to have any emotional connection with the characters."﻿

Updates, 9/9: Mary Corliss for Time: "Employing the shaky-cam to underline Heathcliff's inchoate yearnings, and near-opaque lighting to shroud the proceedings in gloom, Arnold has done for (or to) the classic-novel-to-film genre what Kelly Reichardt's Meek's Cutoff, shown at last year's Venice festival, did to (or for) the pioneer Western: turn formerly heroic figures into prisoners of fate, pawns of remorseless Nature."

Update, 9/10: Blake Morrison in the Guardian on the "rise and rise of Brontëmania."﻿

Updates, 9/11: Scott Tobias at the AV Club: "Wuthering Heights can get too precious in its Malickian visual style — ditto Arnold's Fish Tank — and the severity of it obliterates nuance for the sake of unvarnished power. Yet the harshness allows those fleeting moments of tenderness to pop like a desert bloom."

Update, 9/12: "As in Fish Tank," adds Adam Nayman in Cinema Scope, "Arnold favors show-offy compositions and overt symbolism — a chained white horse there, a snared hare here — without demonstrating much ability to plausibly pace and escalate dramatic action. Nor much in the way of taste: yes, that is a Mumford and Sons song on the end credits."﻿

Update, 9/15: "Wuthering Heights," blogs Michael Sicinski for Cargo, "apart from being a stifling attempt to replace language and logic with the unmediated stuff of the senses (i.e., implicitly aligning Heathcliff with the Noble Savage, or even the 'untutored vision' of infants described by Stan Brakhage), is a cinematic fort / da game, a means to manage the anxiety of real black bodies currently populating British culture and demanding their place at the table, as opposed to 'in the barn, with the animals.'"﻿

Update, 9/18: Fernando F Croce at the House Next Door: "Designed to hack away at the ornamental crust created by years of genteel literary adaptations, it's a visually forceful attempt at seizing the ardor of the novel that nevertheless pales next to the abyss of passion explored by Luis Buñuel in his own strange, 1954 visualization of Brontë's classic."﻿

Update, 9/20: Mark Olsen gets a few words with Arnold for the Los Angeles Times.﻿

Wuthering Heights is competing in Venice and will be a Special Presentation in Toronto.﻿ If you're headed to Toronto, tiffr is a simple yet powerful way to schedule your festival.﻿ For news and tips throughout the day every day, follow @thedailyMUBI on Twitter and/or the RSS feed.﻿