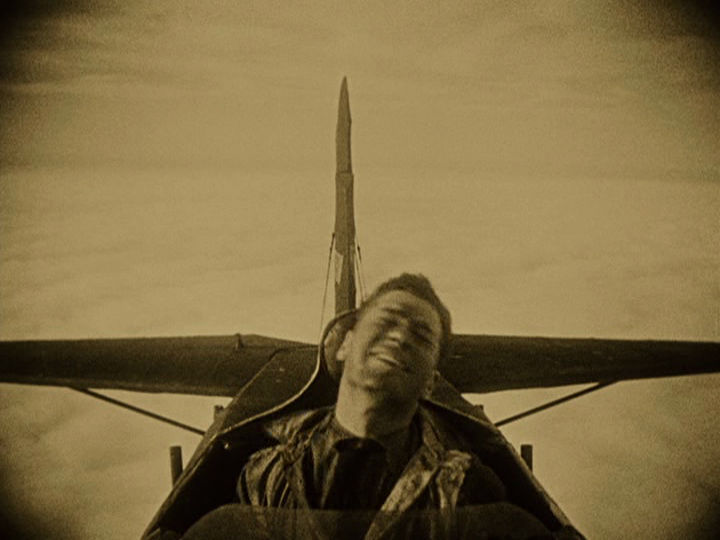 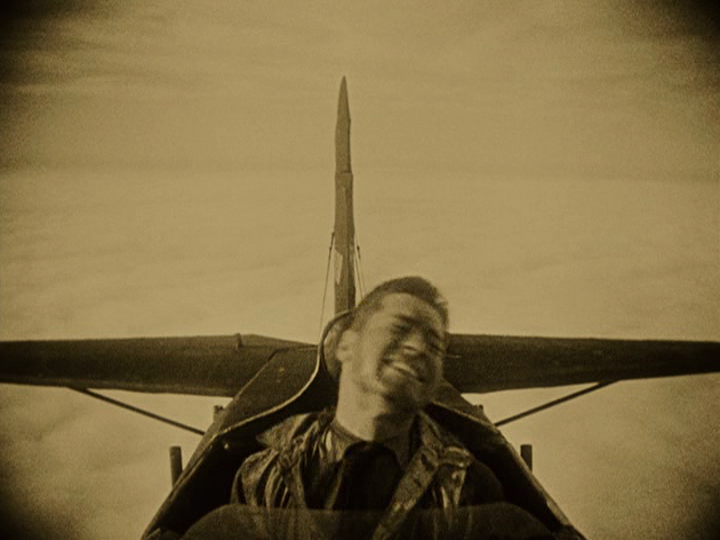 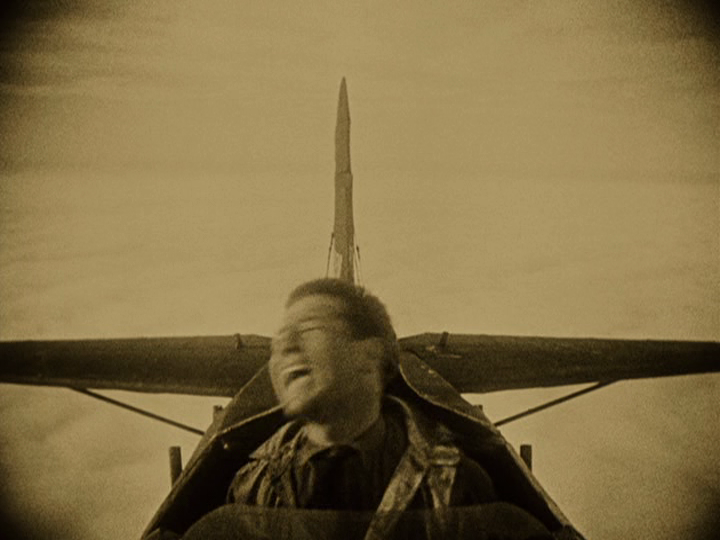 In the non-genre of the aviation romance—a boy and his plane—Howard Hawks gets to keep up as specter of cinema incarnate, granting and granted movies as an all-American ideal: a studio built by man, a world closed-off, remade and renewed in his actions as barkeep, strummer, errant lover. But against the attraction of pure cinema, American Idyll, there’s American history, not quite so pure, teetering chassis of botched escapades, scores wounded, fast-money men who kill kids because it’s a living. Each man in his time, Raoul Walsh labeled his autobiography, and as the kid says in Walsh's The Bowery (1933), get the buck, give the breeze. The ethos comes out the same as Hawks that nobility’s worth it only for itself, but against Hawks’ cinema of action plays this cinema of reaction, William Wellman’s movies that show, clause-by-clause, a gyre of ways men would scrape by moment-by-moment in quick cunning against years of an always fatalistic, American history. In The Conquerors (1932), a small, Wellman portmanteaux through a few generations of the characters’ fumbled hopes and stories—here the story of how economics and banks came to replace politics and vigilante committees in the late 1800s—a West Coast marm counts her cigar box to see how much money’s missing: “Mmhmm, now let me see, the doctor will be drunk, $1.79, plus 60 cents, that makes $2.39 and two and a half more, 4 dollars and 89 cents. Hmm. Indeed. He’ll be drunk until five o clock in the afternoon.”

Wellman’s movies can count this secret history of America: not a history of social mechanisms per se, but the human play within them, even in antagonism—love spites the world as a five or ten minute break from it, but is still only precipitated by the world, as in Small Town Girl (1936)'s miraculous love scene, a daybreak brain surgery on the beach shared in by a couple married drunk a few weeks before. Wings (1927), on the other hand, Hollywood’s gloss on Abel Gance's J’accuse as boy scout yarn, seems to mean the official history of America just before sound and a depression, and comes structured like Verdi: the love of man and girl, man and man, man and plane are innocent premonitions to the broken romance of planes charging hundreds dead, minor-chord variants of the wholesome boy’s all-American omnipotence in the air, on land, and in the swing with the girl he loves. Beauty—the moral of the opera—is tragedy’s dividends. Around Wings' intermission there’s the comic relief of the kid so drunk he mistakes his girl for a showgirl and, blowing bubbles, follows her upstairs anyway.

So neatly calibrated is the tragedy, so stupid the comedy, that at all moments it seems heroic, the giveaway of a prestige movie. But within the picturesque, Wellman seems to pluck things from memory—a dance in an abandoned church glanced seemingly from a plane; a shot of distant refugees at camera-level gunned-down from the sky; the Parisian carriage man who doffs his top hat to the camera repeatedly within a shot because—the opposite of prestige restraint—a joke that’s good once should be squeezed as often as can. 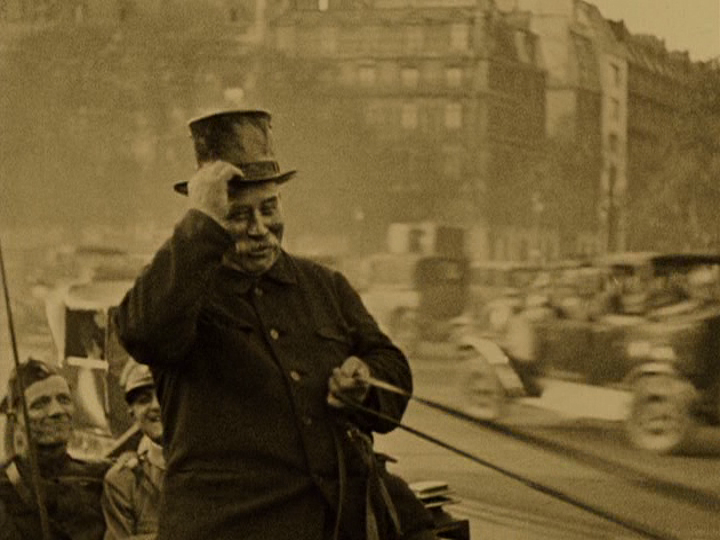 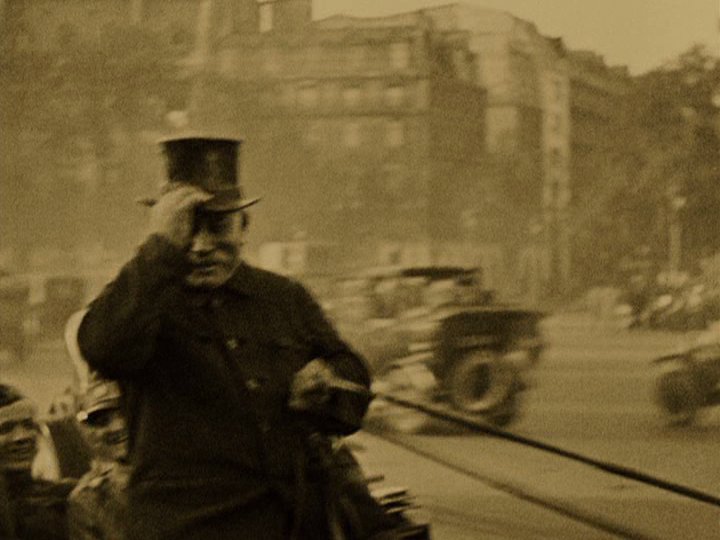 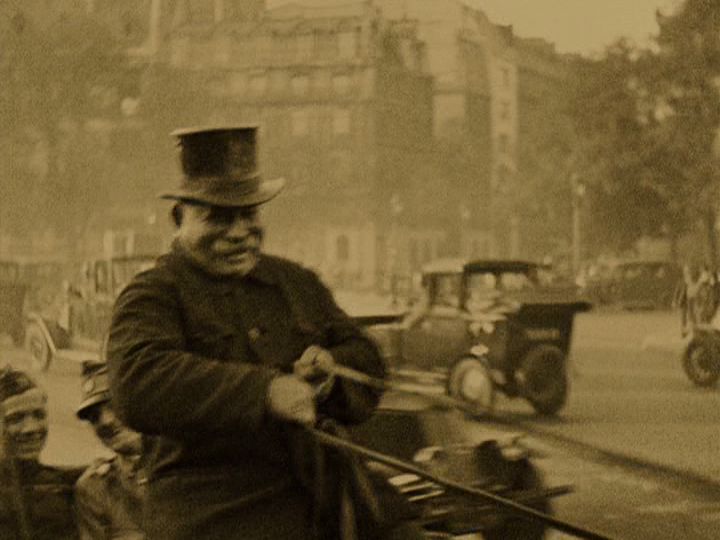 The hokiness of Hollywood comes back instantaneously a trace from another world, the audience dead to which it pandered. What once might have seemed a slick distillation of historical trauma—the boy who can’t fly without his lucky, talismanic teddy bear; his overarching smile—can now seem as much the lubricants of a Hollywood plot’s creaky mechanism as they can cut through it totally, the mark of the actors playing themselves in front of a camera, their spontaneity unlined by narrative. It maybe took Jean Rouch before actors could be actors again, performers celebrating themselves as performers in a happy, prewar narcissism—as Ken Jacobs put it, to “comment on the person he plays, an essay on the run.”

Wings, renowned for its perfectionist direction, multiple takes, would be proof except that in its clear concoctions, it also seems a record of its own history as a production. 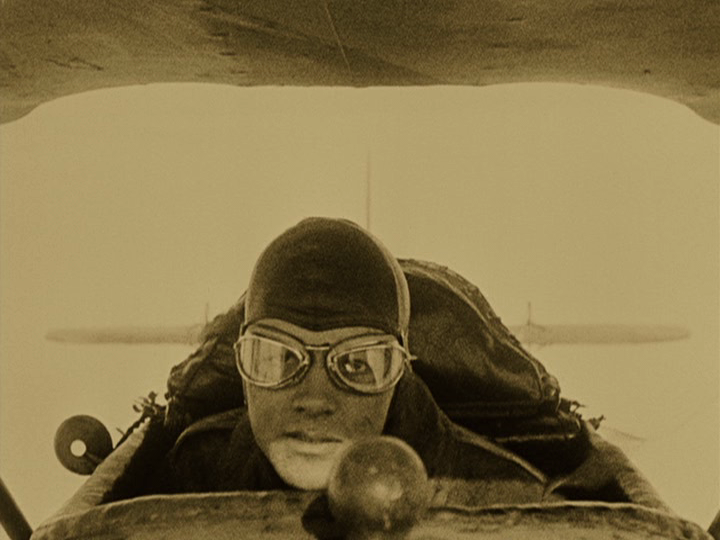 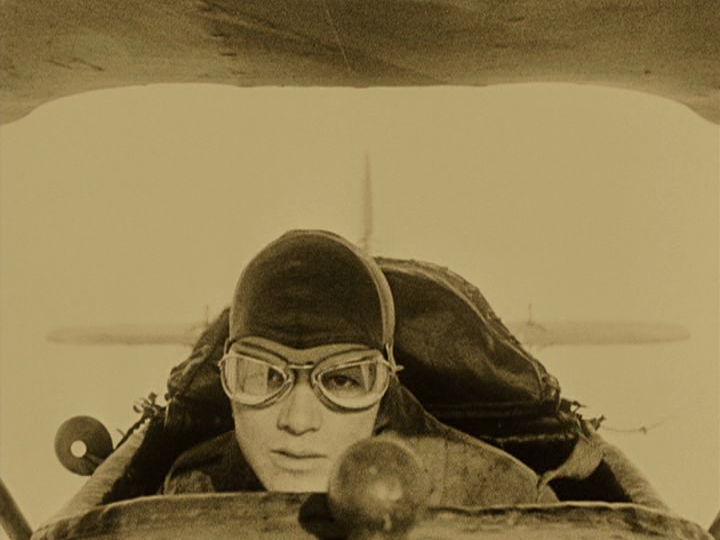 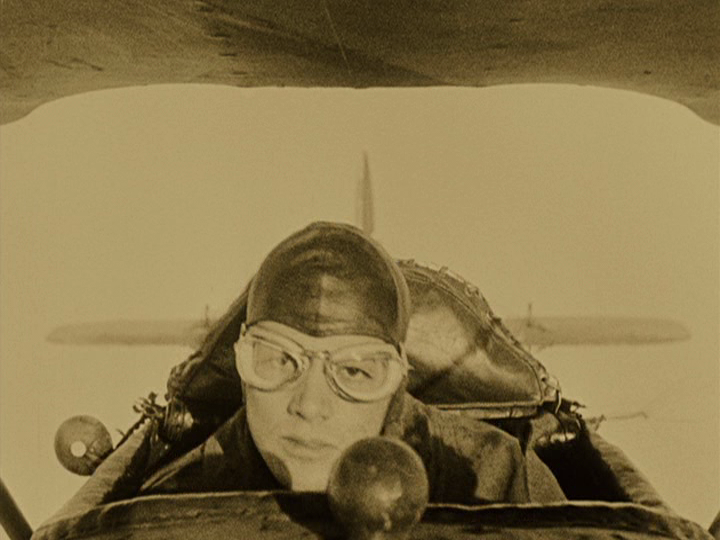 Because unlike any hokiless CGI production today, Wings becomes visibly a production born of necessity: a product of its time, hence witness. Cameras held by aviators mean clouds jerking, light’s piddles, and maybe the last of silent era’s large-format offset of actors to sidelong spots at the scene’s outer perch: 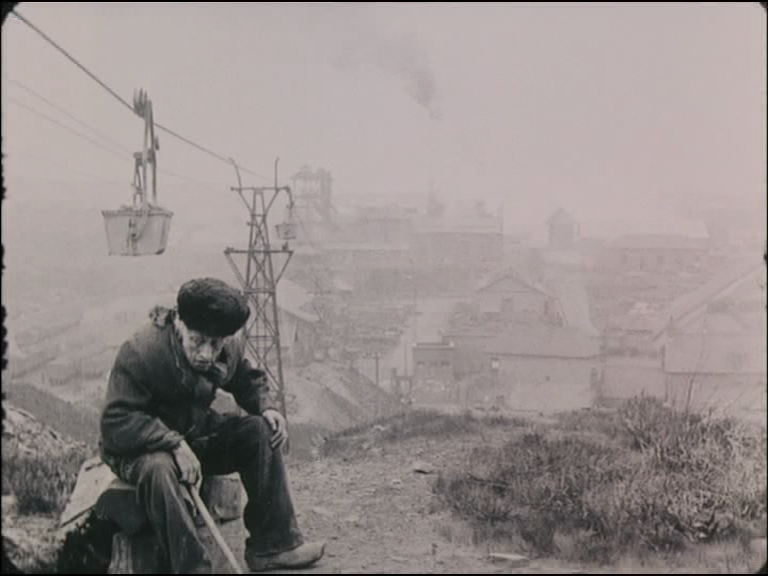 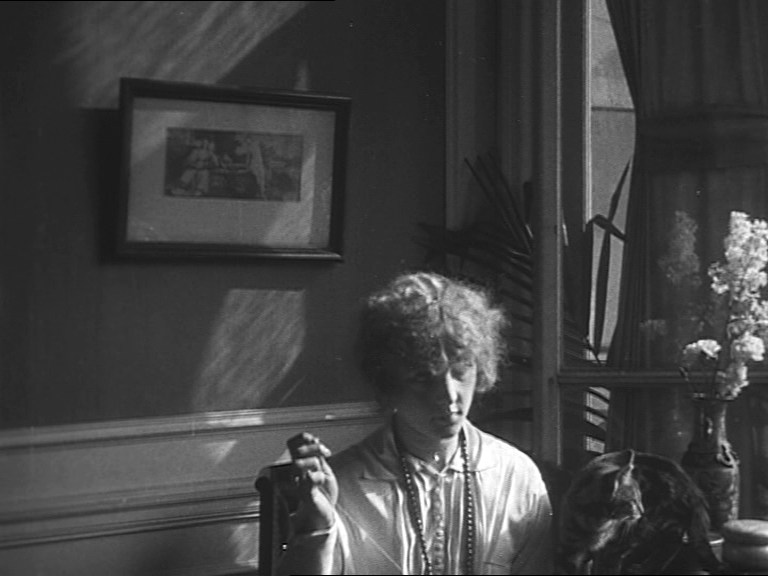 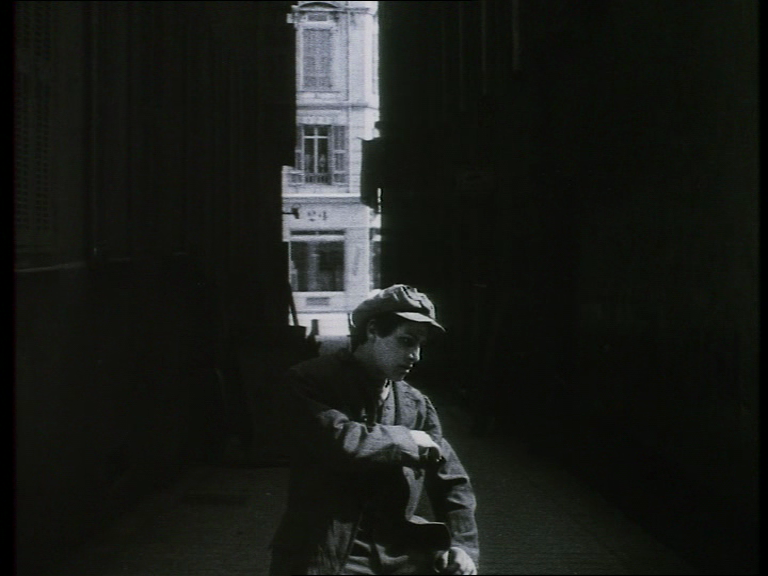 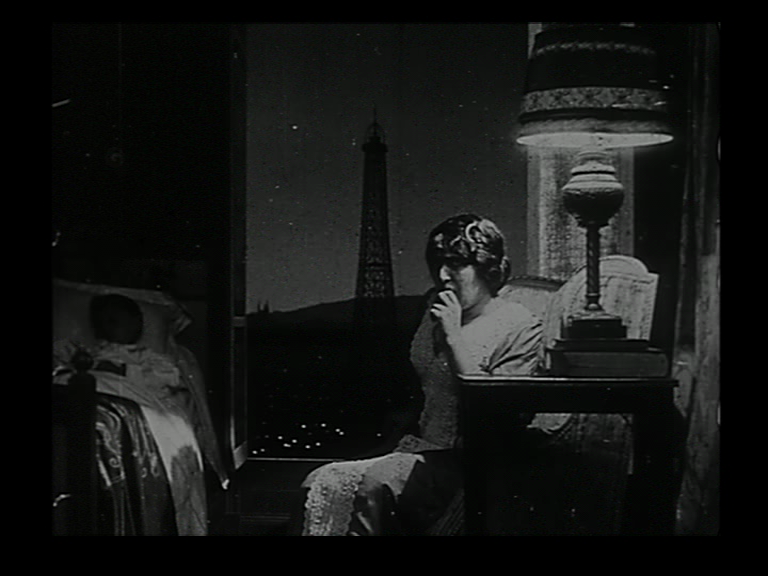 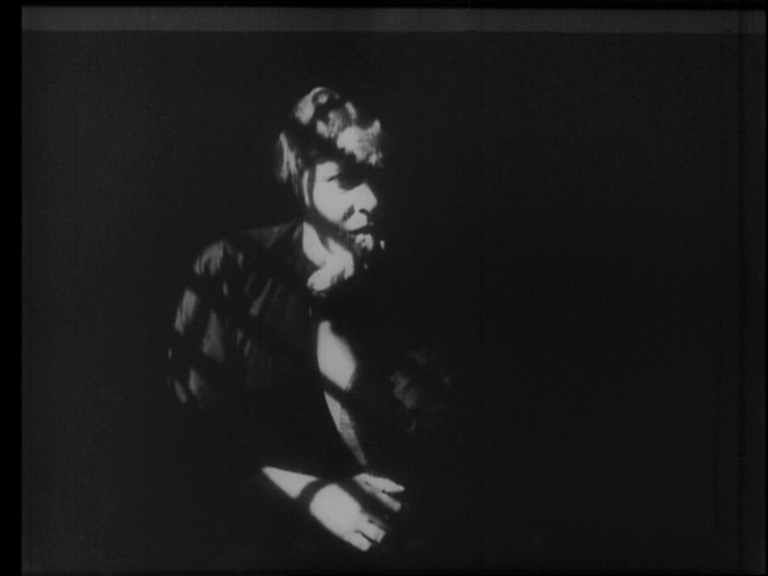 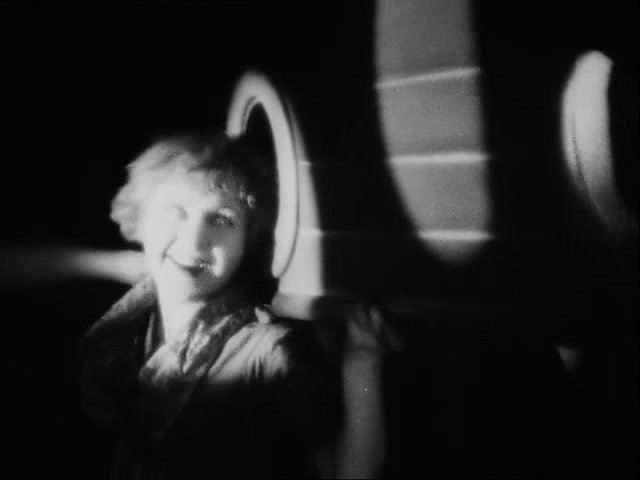 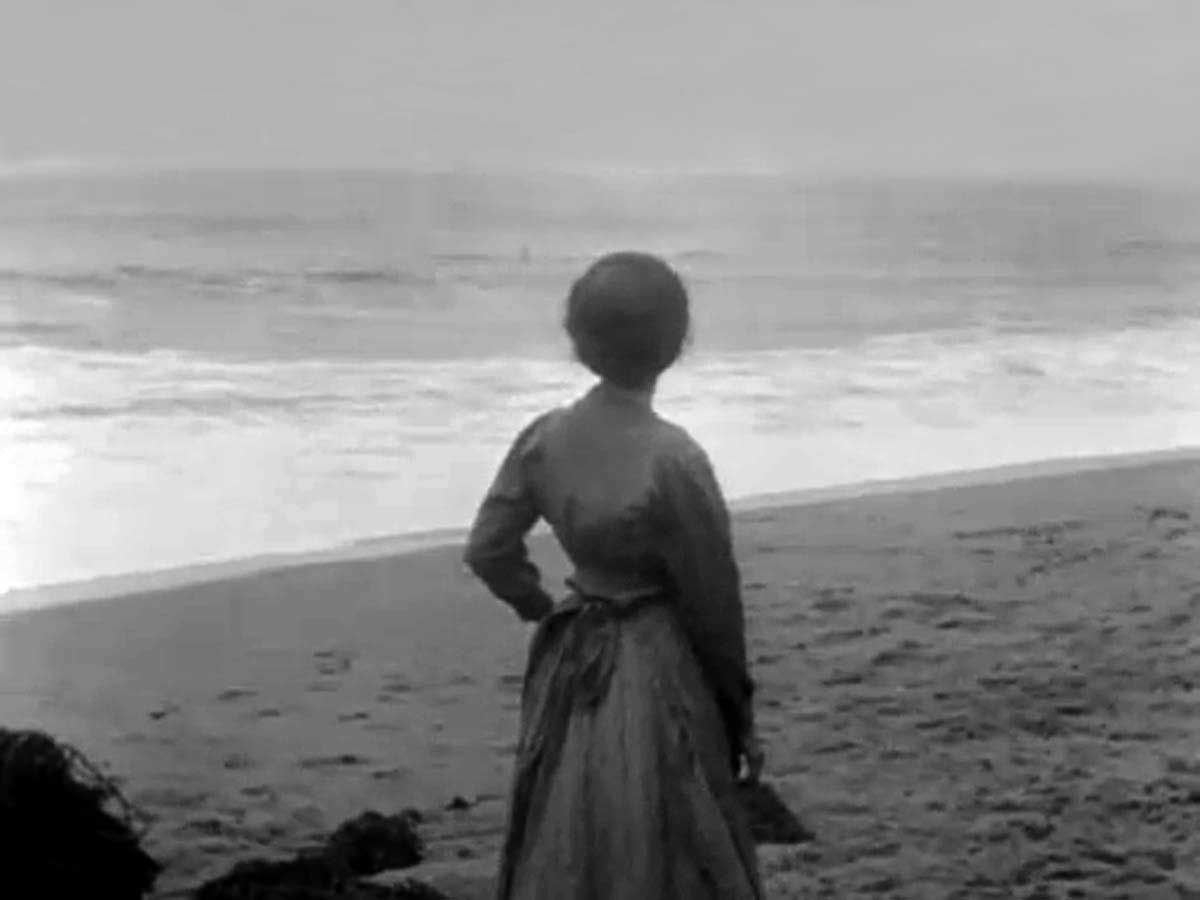 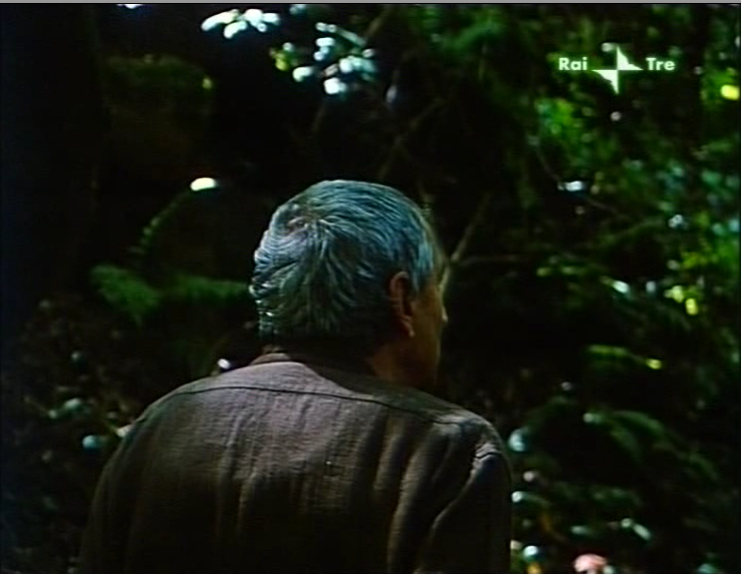 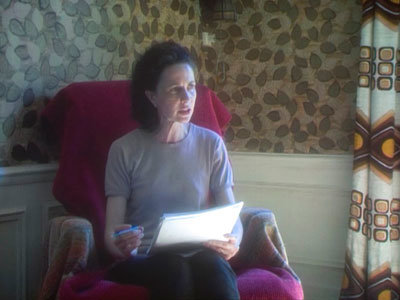 Seemingly possible again only in Straub-Huillet, this kind of dual close-up and wide-shot immediately turns the performer into a kind of detachable element of the scene proper: a passenger onto it, another member of the audience whose main participation in the event itself becomes reflecting and reacting to its light and rhythms, just apart, with the mute expressions of a half-sleeping kid. Even in history’s currents, Wellman’s rambling can seem just the celebration of images and men moving anywhere. 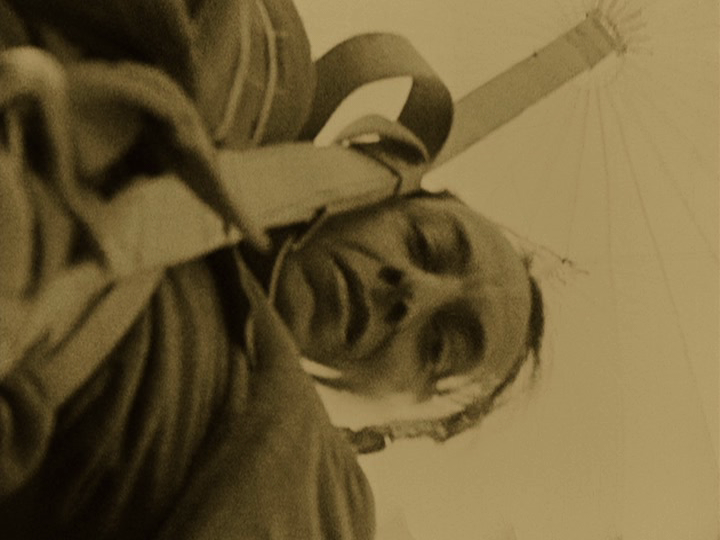