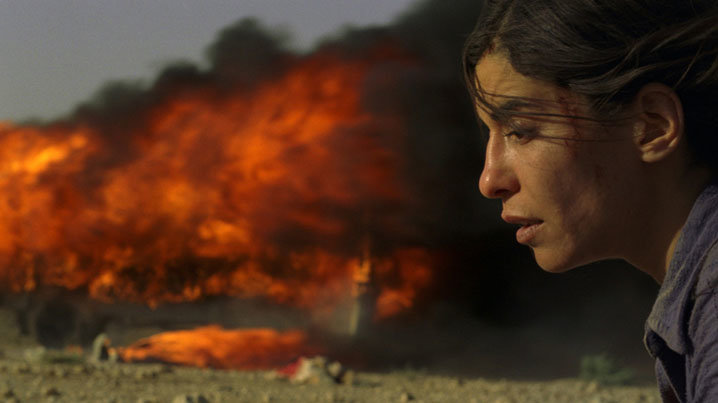 Following the first round of titles and then the lineups for the Wavelengths and Real to Reel programs, the Toronto International Film Festival (September 9 through 19) has announced another round of films by Canadians. Links and further info will soon be added to the official synopses.

Sturla Gunnarsson's Force of Nature: The David Suzuki Movie. "At 75 years old, David Suzuki shows no signs of slowing down. In this captivating documentary portrait, the passionate environmentalist's legacy lecture is entwined with candid interviews in which he reflects on his life and shares deeply personal stories, revealing a side previously unseen."

Denis Villeneuve's Incendies. Image at the top. "After their mother Nawal's death, twins Simon and Jeanne embark on a journey to the Middle East that shines a disturbing light on their mother's past and culminates in a shocking revelation. Based on the acclaimed play by Wajdi Mouawad and directed by Genie and Jutra award-winner Denis Villeneuve (Polytechnique)."

Xavier Dolan's Les amours imaginaires (Heartbeats). "Wunderkind filmmaker Xavier Dolan returns with his second feature — a sophisticated comedy about close friends, Francis and Marie, who pursue their mutual obsession with a young man. As they face off in competition, cracks in their friendship begin to appear with both comic and tragic results." See the Cannes roundup. 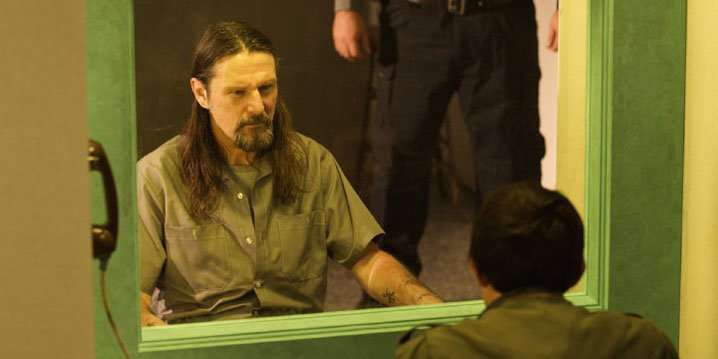 Carl Bessai's Repeaters. "Bessai returns with a tense thriller that follows three young addicts in a rehabilitation centre. Each day they live the same events over and over — a situation each responds to in radically different ways."

Robin Aubert's À l'origine d'un cri. "Three generations of men from the same family drunkenly careen across the Québécois countryside in an emotionally powerful journey through the past from one of Québec's most intriguing young filmmakers."

Terry Miles's A Night for Dying Tigers. "The night before Jack goes to prison for five years, his family gets together at their ancestral home for a farewell dinner. What begins as a civil, if not joyful, reunion quickly devolves into a morally questionable whirlwind of regret, reversals, and revelations. The film stars Jennifer Beals, Gil Bellows, Kathleen Roberston, Lauren Lee Smith, Tygh Runyan and John Pyper-Ferguson." The site seems to be just a placeholder at the moment.

Louis Bélanger's Route 132. This "powerful drama... focuses on a man who loses a loved one and embarks on a journey in an attempt to rediscover his roots and come to terms with his grief."

Michael Dowse's Fubar II opens the program. "In the sequel to the 2002 cult comedy Fubar, hoser headbangers Terry and Dean are back and hit the road to find wealth, happiness and more beer in the oil fields of Alberta. Special appearance by Tron."

Jody Shapiro's How to Start Your Own Country. "Shapiro's documentary about micro-nations, tiny countries seldom recognized by the outside world, mixes comedy and compassion with a serious analysis of the concept of statehood and citizenship."

William D MacGillivray's The Man of a Thousand Songs. "Veteran East Coast filmmaker William MacGillivray returns to the Festival with this emotional, intimate and tender documentary about the life of fabled Atlantic songwriter Ron Hynes."

Denis Côté's Curling. "Set in a village in Quebec, Denis Côté's Curling follows inveterate loner Jean-François, a single father, and his isolated 12-year-old daughter Julyvonne. Between his unremarkable jobs, Jean-François devotes an awkward energy to Julyvonne until some unexpected events jeopardize the fragile balance of their relationship."

Catherine Martin's Trois temps après la mort d'Anna. "After vibrant young violinist Anna dies, her mother Françoise leaves Montreal and takes refuge at the country home of her maternal ancestors in Kamouraska.  She has given up on life, but an old friend labours to revive her desire to live."

Allan King's A Married Couple (1969). "A restruck and restored version of master filmmaker Allan King's classic cinema-verité film, one of the most influential and celebrated Canadian films ever made, A Married Couple records the collapse of a middle class couple's marriage. The film is being restruck in conjunction with Zoe Druick's monograph on the film, co-published by the University of Toronto Press and TIFF." Update, 8/11: Criterion notes that the film, "which plunges the viewer into the middle of the daily routines and shouting matches of the unforgettable Billy and Antoinette Edwards, will be available as part of the Eclipse series The Actuality Dramas of Allan King in September — truly a Kingly month."

And: "An impressive array of 40 films makes up the Short Cuts Canada programme at the 35th Toronto International Film Festival. The diverse lineup showcases the breadth of Canadian short films, with works by both veteran and first-time directors from across the nation."

Meantime, the September issue of The Walrus is out and features David Baird's piece on the ambitious plans for the TIFF Bell Lighthouse, "City of Cinema."