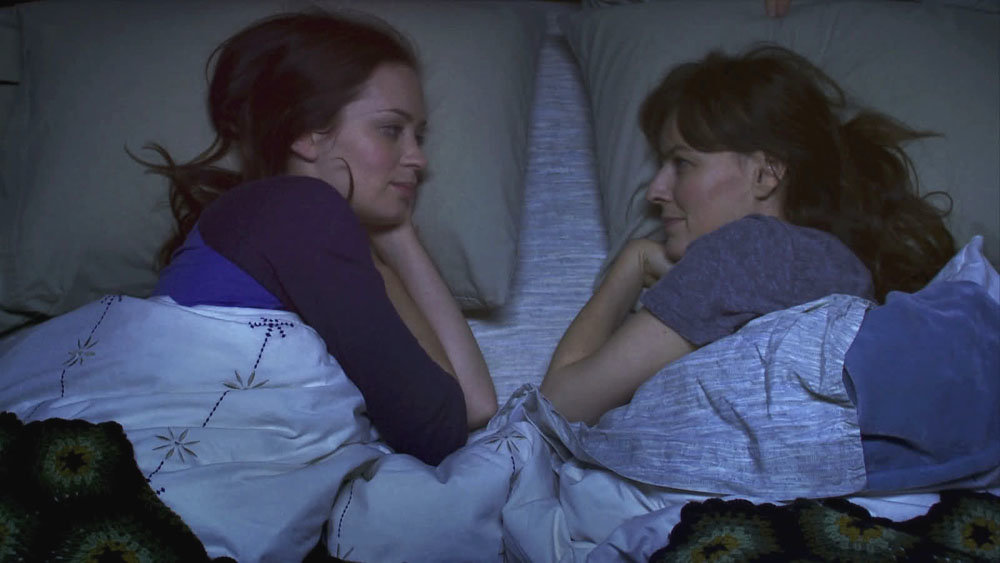 "It's possible, after all, to cross-pollinate Mumblecore and Hollywood," announces the Boston Globe's Ty Burr. "Lynn Shelton's Your Sister's Sister sounds as genially preposterous as her last film, 2009's Humpday. In fact, it's funnier and more unexpectedly touching, a three-hander set in a remote cabin north of Seattle. Most intriguing is how the warts-'n'-stubble acting style of a 'Core veteran like Mark Duplass, playing the good-hearted schmoe who loves one sister and drunkenly sleeps with the other, interlocks with the more polished approach of 'real' actors Emily Blunt and Rosemarie DeWitt as the siblings. You'd think you'd need an algorithm to put these three on the screen together, but Your Sister's Sister — which was picked up by IFC late yesterday — works effortlessly while you're watching and only falls apart in the light of day, when (or if) you care to examine it more deeply once you've left the theater."

"As in Humpday, Shelton queers your typical sex comedy by handing her cast a broad premise and letting them create all kinds of surprising little improvisations within it," notes New York's Logan Hill. "With this convoluted set-up in place, three actors with extraordinary chemistry play it all out to the end, and somehow the feeling deepens, even as the jokes spiral out of control."

"The location of Your Sister's Sister is lovely," writes Noel Murray at the AV Club, "and the performances are top-notch, captured by Shelton in the same casually honest way that made Humpday such a delight. But the new movie isn't as funny, perhaps because the situation is less unusual. Plus, Shelton imposes a third act plot-twist that feels like an afterthought. Your Sister's Sister is enjoyable enough, thanks to its tone and its stars. But the characters seem a little old to be having 'Do you like me? Check yes or no' kinds of relationships, and though Shelton and her cast excel at the in-the-moment material, they fail to flesh out the background of the characters enough to justify their immaturity."

Update: For Michał Oleszczyk at Fandor, "once the talk stops and the visuals are supposed to carry the story in the final ten minutes or so, there's a palpable slump in the pacing that leaves a sour aftertaste."﻿

Update, 9/18: "The ultra-charming film perpetually shifts from comedy to drama and back again with a touch so slight, you're also laughing at the surprise of a sudden change of emotion," writes Box Office's Sara Maria Vizcarrando.﻿

Update, 9/21: "From an opening sequence in which Jack punctures rose-tinted recollections of his brother at a memorial gathering to vegan Hannah trying to impress Iris and Jack with her dairy-free pancakes, it's always insightful, probing and gloriously amusing," finds Matt Mueller, writing for the Guardian.﻿ 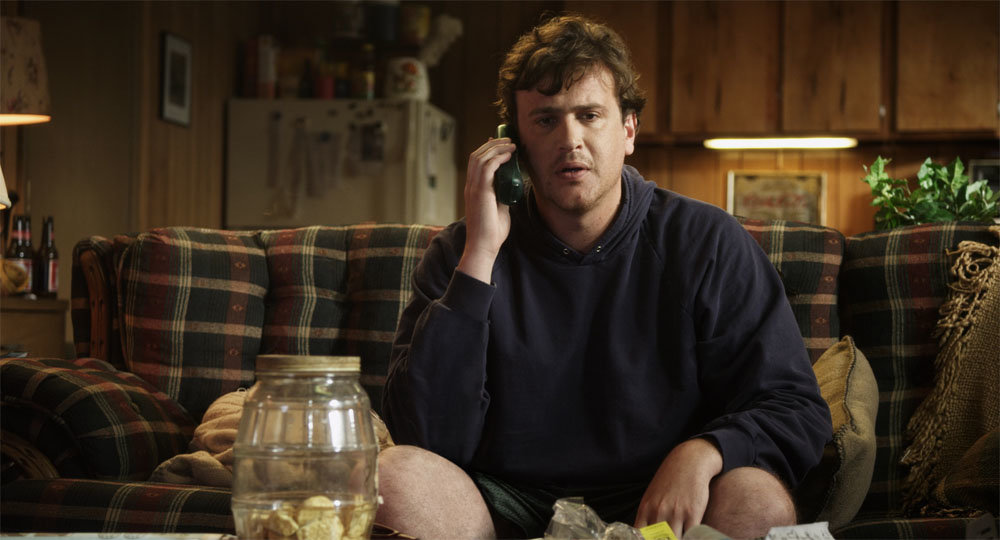 "Since their no-budget debut The Puffy Chair, the Duplass Brothers have been inching closer to Hollywood," writes Scott Tobias at the AV Club, "first with the faux/meta-horror movie Baghead, then with the mostly successful relationship comedy Cyrus, and now Jeff, Who Lives at Home, which puts them right in the whale's belly. The good news about Jeff, Who Lives at Home is that Jason Segel and Ed Helms, playing screw-up brothers in Baton Rouge, Louisiana, are well-suited to the Duplass' brand of shambling naturalism and offbeat comedy. The bad news is just about everything else, starting with the painfully quirky story about a basement-dwelling layabout (Segel) who turns a simple errand to buy wood glue for his mother (Susan Sarandon) into a date with destiny."

"As filmmakers, Jay and Mark Duplass each have unique gifts," writes Tom Hall at Hammer to Nail. "Jay's cinematography… and staging are in top form here, highlighted by a surprising car chase that shows a real gift for action sequences. This scene is by far the most sophisticated (and likely expensive) they've made, but it still feels perfectly at home in the film because it is at once harrowing and funny. Mark Duplass has always found a way to give his actors hilarious pieces of on-screen 'business,' creating characters and situations that are served by small details that deliver wonderful, telling information…. But in the end, what is clearly separating the Duplass Brothers from their peers in the independent filmmaking community… is the way in which they use comedy as a way to reinforce their humanism."

"For all of the film's bigger broader bits — from Segel being drafted by a pickup basketball game, to an automotive disaster, to Helms doing the least subtle tail job ever captured on film — there are nice small moments here too, like Sarandon trying to dissuade a secret admirer over IM ('I'm old and I'm getting flabby…') or the play of confusion and realization across Segel's face repeatedly throughout." James Rocchi at the Playlist: "So many indie directors brush against big-studio Hollywood and get shattered by it — Justin Lin with Annapolis, Kevin Smith with Mallrats. But Jeff, Who Lives at Home brings big-studio moviemaking and big-name stars to the Duplass brothers, embracing their sensibilities and style without smothering them, and we in the audience benefit."﻿

Update, 9/20: Twitch's Todd Brown finds it to be "a pure indie charmer, through and through."﻿