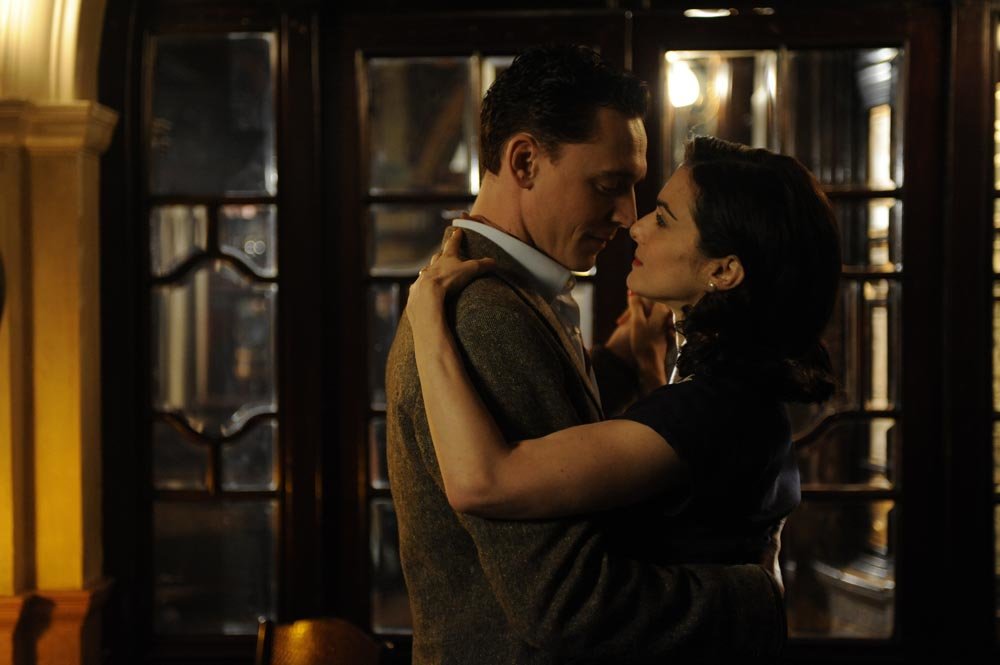 Why round up reviews of both in one entry? Because Fernando Meirelles's 360 will be opening the BFI London Film Festival on October 12 and Terence Davies's The Deep Blue Sea will be closing it on October 27. What's more, both star Rachel Weisz and, of course, both have just seen their world premieres in Toronto. We'll consider them, though, in order of interest.

"So entirely immersive is Terence Davies's desire to recreate and analyze the ethos of post-World War II Britain that not only has he fulfilled his ambition to refashion Terence Rattigan's The Deep Blue Sea," writes Todd McCarthy in the Hollywood Reporter, "but he has created a theoretical sequel to Noël Coward and David Lean's Brief Encounter in the bargain. As intensely personal and deeply felt as it is, however, Davies's attempt to breathe new life into Rattigan's 1952 play is a rather bloodless, suffocating thing, lent tragic passion more by its use of Samuel Barber's Violin Concerto than by anything achieved by his star Rachel Weisz and her leading man."

"The good news is that Terence Davies's adaptation of Terence Rattigan's 1952 play about a judge's wife who has an affair with an RAF pilot is nothing if not faithful," writes the Guardian's Catherine Shoard. "It's a veritable Greyfriars Bobby: patiently wagging its tail, even if its master is not looking too hot around the chops. Those who can't bear the idea of a staple of the English stage sexed-up for the flicks can sleep easy. That's the bad news, too, of course. Whatever measures Davies takes to make cinematic waves — lavish soft focus, energetic orchestration, a devil-may-care approach to cigarette smoke — The Deep Blue Sea remains flat as a duck pond, the prisoner of a story whose relevance, even in metaphor, has lost much of its sting, and whose dialogue has more than a whiff of a French and Saunders sketch: 'I knew in that tiny moment that I had no power to resist him. No power at all.'"

Last month, Vanessa Thorpe noted in the Guardian that, this being Rattigan's centenary year, the already ongoing reassessment of his work (for the better, of course) has led to a series of revivals of much of his work on stages throughout the UK. As for The Deep Blue Sea, "leading actresses have been drawn to the role of Hester, a woman who must choose between her respectable marriage to a judge and her glamorous old flame. Vivien Leigh played the part opposite Kenneth More in a 1955 film, while Virginia McKenna played her on stage in 1974. Penelope Wilton and Greta Scacchi have since starred in London revivals, while Maxine Peake played the role at the West Yorkshire Playhouse earlier this year."

"The love triangle in The Deep Blue Sea," explains Screen's Mark Adams, "is between Hester Collyer (Weisz), the beautiful wife of high court judge Sir William Collyer (Simon Russell Beale) and Freddie Page (Tom Hiddleston) a young ex-RAF pilot with whom she has fallen passionately in love. Terence Davies has worked on the original story to focus it entirely from Hester’s point of view, and with the use of carefully framed flashbacks draws the viewer into the relationships from her perspective…. Terence Davies’s acknowledged attention to detail are wonderfully evident here in this beautiful evocation of the period. The production design (by James Merifield) and cinematography (Florian Hoffmeister) combine perfectly to present a glimpse into a bygone but still familiar world."

Variety's Leslie Felperin notes that there are "several scenes of people singing in smoke-choked pubs, as well as one marvelous, lengthy tracking shot of an Underground station during the Blitz, recalling the working-class milieu so beautifully elegized in the director's Liverpool-set pics, including his 2008 docu Of Time and the City."

Update, 9/14: This "may be one of the most personal movies of this year's TIFF," writes Michał Oleszczyk at Fandor. "Compared to Davies's The House of Mirth, with which it shares many thematic concerns, the new film is almost unbearably stark and unflinching in its treatment of its central character's slow self-destruction."﻿

Update, 9/15: "Davies demands patience in setting up the emotional stakes, but the final act, consisting mainly of a reckoning between Weisz and Hiddleston, is a crushing acknowledgment of two people who know they're no good for each other." A B+ from the AV Club's Scott Tobias.﻿

Update, 9/18: "Davies collapses the entire first act of Rattigan's play into a wordless 10-minute sequence that sets into motion all of the personal dynamics without any expository slogging," writes Phil Coldiron at the House Next Door, "and while the rest of the film isn't so radical, it nonetheless manages to achieve the rare feat of maintaining an unmistakably theatrical tone without ever playing as stagy in the least."﻿ 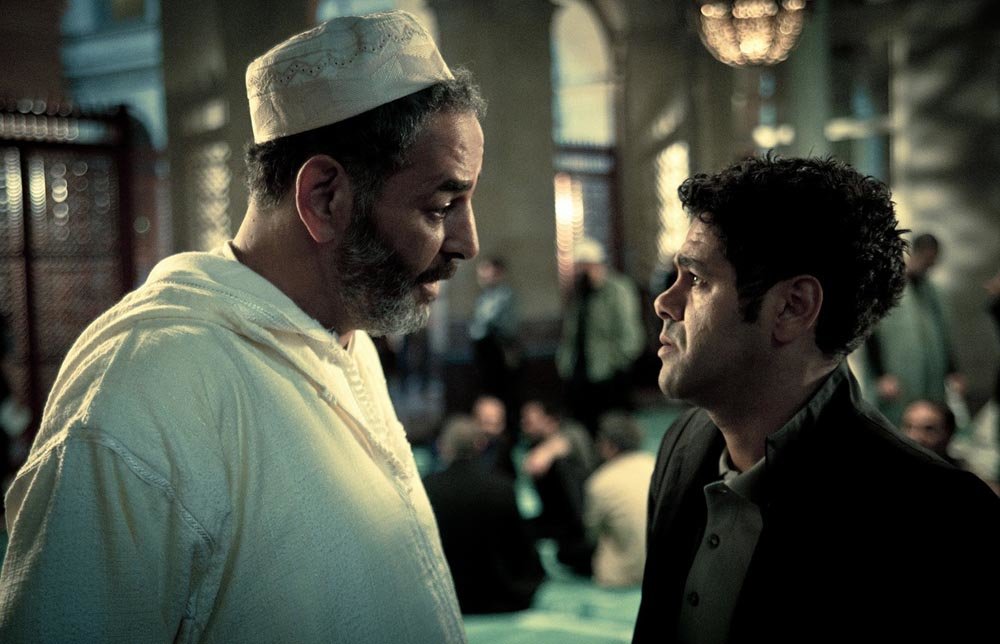 "As a filmmaker, director Fernando Meirelles (City of God, The Constant Gardener) has never lacked for style or ambition," writes Tim Grierson at the Projector. "But his latest film, 360, demonstrates all the pitfalls of his approach… Yet another ensemble piece in which a wide swath of characters from different backgrounds randomly enter into one another's lives, 360 is suffused with real feeling, sincere intentions and good performances, but that doesn't make it any less exasperating. Based loosely on Arthur Schnitzler's play La Ronde, 360 examines (among other things) how sex informs so many of the decisions we make… On one end, you've got Jude Law and Rachel Weisz playing a quietly unsatisfied London married couple who are dealing with their own secret infidelities. On the other, you have Ben Foster playing an American sex offender recently released from prison who unexpectedly ends up stranded in a snowed-in Denver airport with a seductive young woman (Maria Flor) wanting to sow some wild oats."

And these are but two of several strands running through Peter Morgan's screenplay. Once again, the Guardian's Catherine Shoard: "His script for Clint Eastwood's Hereafter, which premiered at Toronto last year, was also a roundelay in which fate engineers three ghost-fixated folk to bump into each other at a Derek Jacobi book signing in Ally Pally. It wasn't good. But compared with 360 it was a work of genius…. The pitfall of ensemble drama is that any strands that do engage are over too soon and, if mishandled, the condensed nature of each story takes its toll on potential subtlety. Characters become cogs; plots creak with pre-determination. Anyone who's meant to be bookish is given an enormous tome to lug about, plus a rictus grimace of distaste in the face of insensitivity. Russian mobsters and eastern European pimps are evil, tarts have hearts, cheating hubbies get their comeuppance." 360 is "a two-hour slog stuffed with shortcuts, populated by puppets who must indulge in behavior that isn't just off-kilter, it's off the wall."

"It's virtually impossible for the cast to remain plausible going through the paces of such a conceptually on-message movie," agrees Variety's Peter Debruge, but on the whole, the trades are a bit more upbeat. Or, in the case of Screen's Mark Adams, a lot. The film he saw is "a masterpiece of structure and is punctuated by a series of impressive performances as it sweeps through Vienna, Paris, London, Bratislava, Rio de Janeiro and Phoenix… As is the nature of such projects, there are moments when things lag and certain storylines simply offer more interest, charm or drama than others, but director Meirelles — wonderfully aided by crisp and beautiful cinematography by Adriano Goldman and astute editing by Daniel Rezende — manages to keep the film's momentum."

"With a starry international cast and multinational locations, you never take your eyes off the screen for a second," writes the Hollywood Reporter's Kirk Honeycutt. Here's a good spot to go ahead and mention a few more names: Anthony Hopkins, Jamel Debbouze and Moritz Bleibtreu. "On the other hand, this is a cold and cerebral movie, where one's attachment to any particular character or story is tentative at best." Honeycutt's suggestion: "[T]hink of Babel crossed with Sliding Doors." And there you are.

Update, 9/13: Or "Babel meets Love, Actually," suggests New York's Logan Hill. "Horrible things happen all over the world and terrible sacrifices are made, but all the good guys get their happy endings anyway."

A C+ from Cory Everett at the Playlist.﻿