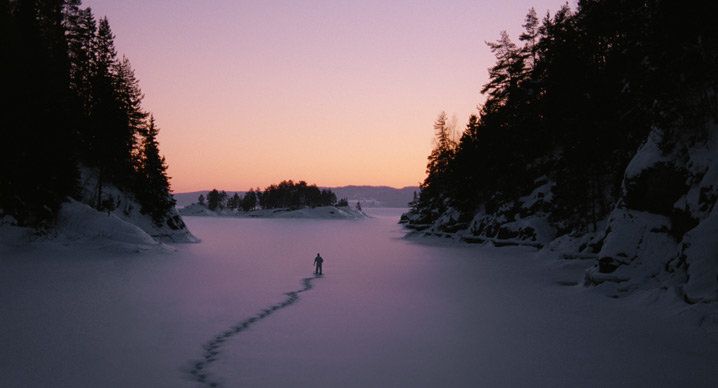 Andrei Ujica has a simple, ingenious idea for this documentary on Romanian Communist leader Nicolae Ceausescu: tell the man’s political story only through frictionless public appearance.  The Autobiography, as per its clever title, is constructed entirely of such appearances, party congresses, international press conferences, tours through bakeries, markets, carnivals, building sites, trips to other Communist nations (including China and North Korea), and more. It’s a three-hour film and spans the entirety of his leadership of Romania, from the death of the previous leader in the late 1960s to the fall of the government at the end of the 1980s.  Through this simple organizational technique what we have is a film almost entirely stripped of specific ideas of what Ceausescu’s policies or leadership was like both inside his country and in his relationship to the outside world.  We get, instead, a show.  Or, to carry a line of thought Ceausescu has when talking about the need not just for love poetry but also social poetry and revolutionary poetry, one could say the film is made up entirely ofpublic poetry.  That is, the expression of the man and his leadership through the precise evocation of public appearances, the hand waving, the smiling, the suits and heavy jackets, the integration into parades, the interest he takes in walking through things, plunging in, seeing them for himself, absorbing countless songs, standing ovations, birthday wishes and more, all dedicated to himself.  The film is biography as a stage-managed affair, private lives being of no concern to us, policy being none of our business.  We even don’t see what the world or Romania would see at the time in terms of Ceausescu addressing specific concerns.  Ujica has excised any sense of leadership as forging a nation; everything talked about is in the generality of Marxist-Leninist ideology and affable desires to maintain the Warsaw pact; Romania’s supposed prosperity and happiness spawns sui genesis from the public success of Ceausescu’s self-presentation.  It is public biography having effaced context and background, yet being utterly and precisely specific because Ujica’s film is made up entirely of amazing archival footage, artifacts from the era.  (A side note that I’ve yet to fully think through: except for speeches, sound is missing from nearly all of this footage, and the film has elaborately and extensively re-constructed a false soundtrack to accompany the footage.  I’m not sure yet what I think about this.)  What Ceausescu wants us to see, the filmmaker implies, is simply the highly positive, pageant like presentation of a public life being a public servant, public symbol, public regular guy (“son of Romania”), public expression of all that is great and wonderful about Communist Romania.  Thus, in its careful excisions and ellipses, in its control and precision, in the “realism” of these filmic records, in its use of everyday material to reach to something greater, it is, as hoped, public poetry.

I was just speaking yesterday of the audacity of a young filmmaker (Arielle Javitch’s Look, Stranger) escaping what is expected of her by traveling great lengths to shoot a surprisingly abstract journey through the landscape as her first film—well here’s a very similar film, and in a way it’s also a first film, one made by a 72 year old filmmaker, Jerzy Skolimowski.  He has been making audacious art cinema since the 1960s, took nearly twenty years off to work as a painter, returned as if he never left with the surprisingly normal (and quite excellent), Four Nights with Anna (2008), and now has produced Essential Killing, probably the strangest thing this very strange filmmaker has ever done.  Like Arielle Javitch’s debut, Essential Killing is a digital chase film shot in the distant, unnamed wilderness.  We may swap a beautiful girl for Vincent Gallo as our escaping hero, but the war-swept emptiness of the land and the spirituality of earthy survival are remarkably similar.  The film opens in the desert where Gallo, dressed as an Arab and who may or may not be American or Arab or Taliban or American Taliban, we never know (or he may be Vincent Gallo), kills an American solider and two contractors.  In a remarkable sequence of austere specificity, as if such things were regular subjects for feature films, the man is captured by American forces, processed in prison, shaved, interrogated, tortured, and finally transported from the sand of one unnamed country to the snow of another, where he escapes into the landscape.  Skolimowski starts with an epic helicopter shot of the desert, its immense emptiness and secret crevasses, being covered by an American military helicopter, introducing immediately the film’s two main concerns of the land and of the chase.  But while it starts with impressive military details, Essential Killing moves quickly to the narrative minimalism and visual abstraction of Gallo plunging his way through snowy banks.  We get some scenes of survival—eating ants, tree bark—some demure but highly suggestive scenes of violence, and of course some touches of the filmmaker’s zanier sense of humor—a fat, breastfeeding woman tips over on her bicycle and Gallo seizes an opportunity for nourishment—but the majority of the film is about trudging, and trudging through snowscapes shot in handheld digital video.  This completely stripped down film thus appears as if made by a young man, or a new filmmaker, one working in allegory and experimenting with new technology.  It touches upon Dead Man, Nicholas Ray’s On Dangerous Ground, and a myriad of Westerns.  It’s mysteriousness isn’t exactly one of evocation, despite its silence (Gallo never utters a word) and lack of explanation, psychology, ideology, etc., but, due to its supreme dedication to tracking land and the coverage of it by man, it has a kind of geological mysteriousness to it.  It is almost as if questions about Vincent Gallo’s suffering character—who has rather corny, blue-tinted dream-flashbacks to an Arabian wife and Muslim songs calling for Jihad…also, he sees brief glimpses of his future—are less important than questions about the land being churned through, the compositional fields of white smeared in digital across the screen, the perseverance for keeping going in this environment.  It is a very unusual film coming both from the filmmaker and from the actor, and it is one of the few I’ve seen here that I also feel I absolutely need to see again.