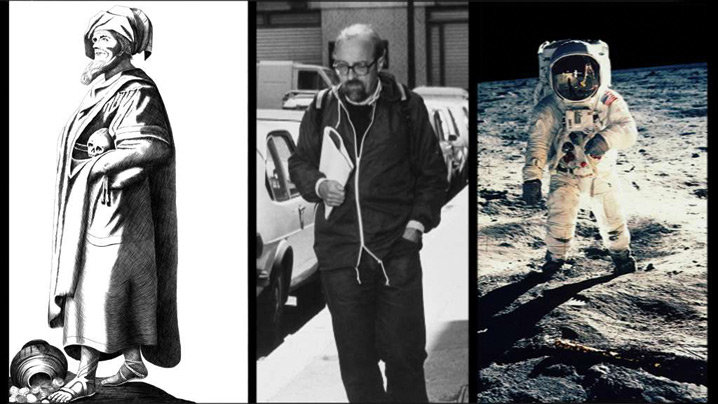 It had been years since the Ferroni Brigade attended this lovely Swiss holiday-resortish town in Ticino, the resident memory mostly a pleasant opportunity of being able to undisturbedly follow such enjoyable historical excursions as the exquisite Allan Dwan retrospective in 2002 or a rather incomprehensibly curated program about film and journalism in 2004, which nevertheless offered the opportunity to see quite a few neglected gems. Because, really, there was very little, if anything at all, among the current cinema on display in Locarno, that would distract you from retro pleasures—unless you were a card-carrying masochist. Now, it was not the retrospective that exerted a Ferronian pull towards this year's edition: yet another Lubitsch likeability festival is hardly the stuff discoveries are made of. But whoever gives a richly deserved career award to prolific producer Menahem Golan surely deserves our attention, although the accompanying film series should have been a lot bigger than just four entries. Menahem's mad masterpiece The Apple alone, a biblical science-fiction musical projecting a coked-up psychedelic vision of 1994 in 1980 that, when you look at it today, only leaves the conclusion we still live in the middle of the Reagan era, would have upped the retrospective comedy factor a thousandfold. Nevertheless, going Golan would justify a lot of sins (although still not, say, the Berlinale competition), so oodles of Ferronian spare time were benevolently used to check out the programming changes that have arrived with the new festival director Olivier Père and his team.

Now, it would be madness to claim that Locarno managed to escape the selection death grip of being stuck between Cannes and Venice or that the suffering of abstract Ferronianism (fearlessly staring into the void of foreseeable ciné-crimes) was abolished. But the pleasures of concrete Ferronianism (joyfully attending to the truthful promise of a filmic feast) were to be had here and there. Actually, for the first time we almost would have awarded two Silver Donkeys. But then Rare Exports: A Christmas Tale (2010), the sweetly sinister saga from the only cinematic notable on the Scandinavian Peninsula, "the land of the true Santa Claus," was recognized with some additional audience award we don't even understand and has gone on to further successes in Sitges since, so it didn't seem necessary to extend Ferronian support. Still, the Ferroni Birgade hereby trademarks a little Silver Donkey comfortably nested on a reindeer sleigh soaring through the skies for a later date. And, anyway, we have a hattrick premiere: three Golden Donkeys, or rather smaller Golden Donkey Foals, shared between three superb shorts tucked away in "fuori concorso" sidebars of the program.

And so, a Golden Donkey Foal for Most Ferronian Film(s) at Locarno 2010 is awarded to the following three:

"O how all speech is feeble and falls short
Of my conceit, and this to what I saw
Is such, 'tis not enough to call it little"

What but Dante's own words (given in Fireside Poet Henry Wadsworth Longfellow's translation) might do justice to Straub's rapturous rendition of the final verses of the Paradiso Canto from the Divine Comedy? A digital dirge (his first in HD—can we keep up collective hope for The Tree 3D in Straub-stereoscopy soon?) about, per Straub, "the loss of earthly paradise," and yet, paradoxically, Paradise Regained, in divine resonance "a little sounding in these verses": Varese, a hillside, the wind and the reflection of the sun, the way Giorgio Passerone recites Dante's valedictory, punctuated by adagio pans. Again, a work about speech, but also about nature, the world, and, as the title stresses, about cinema itself: the light (and, for all its gravity, not lacking the light touches befitting the divina commedia). Not least a paean to "the love which moves the sun and other stars"—call it a materialist dream.

Now, although Billy Ocean memorably reminded us, "Get outta my dreams, get into my car," it is legendary Richard Berry whose pop song provides the title for Thom Andersen's no less stupendous, deeply personal (and proudly 16mm) city symphony, like Straub's film both moving and mournful, yet funny and beautiful at the same time. A tremendous tour, in static images, of billboards, murals, storefronts, vacant lots (once landmarks, usually sacrificed for profit motives, as indicated mostly in makeshift notes, written and put up by Andersen himself), (neon) signs and garages in various states of dilapidation, set to a connoisseur's chorus of musical fragments, handpicked almost excusively from the region's rich sound history, with songs—as well as the occasional speech snippets--in both English and Spanish).  Again, a singular achievement and a summation, drawing—depending on your point of view—a short line or a long line from Anderson (and Malcolm Brodwick's) short ravishing "rock'n'roll documentary, vertically compeletely structured, horizontally completely random" --- ------- (1967) to his magnum opus Los  Angeles Plays Itself (2003). Get Out of the Car is archaeology, testament and utopia, in its memory of what was and seems possible—"a film about absence," Andersen says in one of his characteristically acerbic voice-overs, which occasionally intrude on the soundtrack, a dearly idiosyncratic impression of moments when he just could not resist, but also a dialogue with the past and the present, shrewdly accentuating this barrage of electrically edited visuals and sounds: another statement by a master filmmaker about how he sees the world—and its representation of film.

The last half-sentence also applies to the odd man out here, Luc Moullet, indispensable eccentric and inevitable purveyor of films uneven and original—the latter, alas, sometimes to their detriment. Not so, however, in Chef-d'œuvre?, which decries the devolution of the term masterpiece in today's media age, which has gone from carefully applied emphasis (as the use of "master" in above paragraph) to pointless marketing hogwash. Moullet's typically eclectic counterargument this time around is both substantial and spot-on, not least in what must be the most Ferronian camera movement(s) of 2010, a pan downwards along Frodo's star-rating column in Cahiers du cinéma ("many masterpieces this month," notes the deliciously dry off-commentary), followed by a pan upwards to take in the huge amount of film cans containing Shoah (1985), then continuing to ponder the even larger pile for Hitler – ein Film aus Deutschland(1977)—and then adding the even more weighty sight of Heimat – Eine deutsche Chronik (1984)! Now, not only does the Ferroni Brigade strongly support this epic ethos of filmmaking, but Moullet's final turn to analyse Méliès' Voyage dans la lune (1902) for its current applicability, opposed to the instant disposability of many "masterpieces" touted in contemporary "culture," is full of Ferronian concepts, not least the importance of silly hats. But more on that in our upcoming Venice Golden Donkey orgy.

Enough epic emissions. An Undead Silver Donkey goes to L. A. Zombie (2010) by Bruce La Bruce. To keep it briefly, as as befits this wordless work of wacky wonders: UUoooohhZZrrvzzAHHzzhhhooooUUUhhooo. (Please consult your copy of the indespensible survival support "How To Speak Zombie. A Guide for the Living" by Steve Mockus with Illustrations by Travis Millard [Chronicle Books, 2010] for translation.)

Finally, a Gray Donkey for Menahem Golan's nefariously neglected Isaac Bashevis Singer adaptation The Magician of Lublin (1979). In conclusion, this seems the correct occasion to point out that in the meantime the Ferroni Brigade had attended Bologna's annual "Cinema Ritrovato" feast, and, as usual, found lots of laudable material (and Italy humiliated by deserved World Cup disaster). However, since there are no Golden Donkeys to award at this historical showcase, we'll just mention that had we given out prizes, the Grey Donkey would have gone to Max von Sydow for his donkey-starring slide-show in Ingmar Bergman's soul-shattering summit Beröringen (1971), finally restored to its bilingual glory.