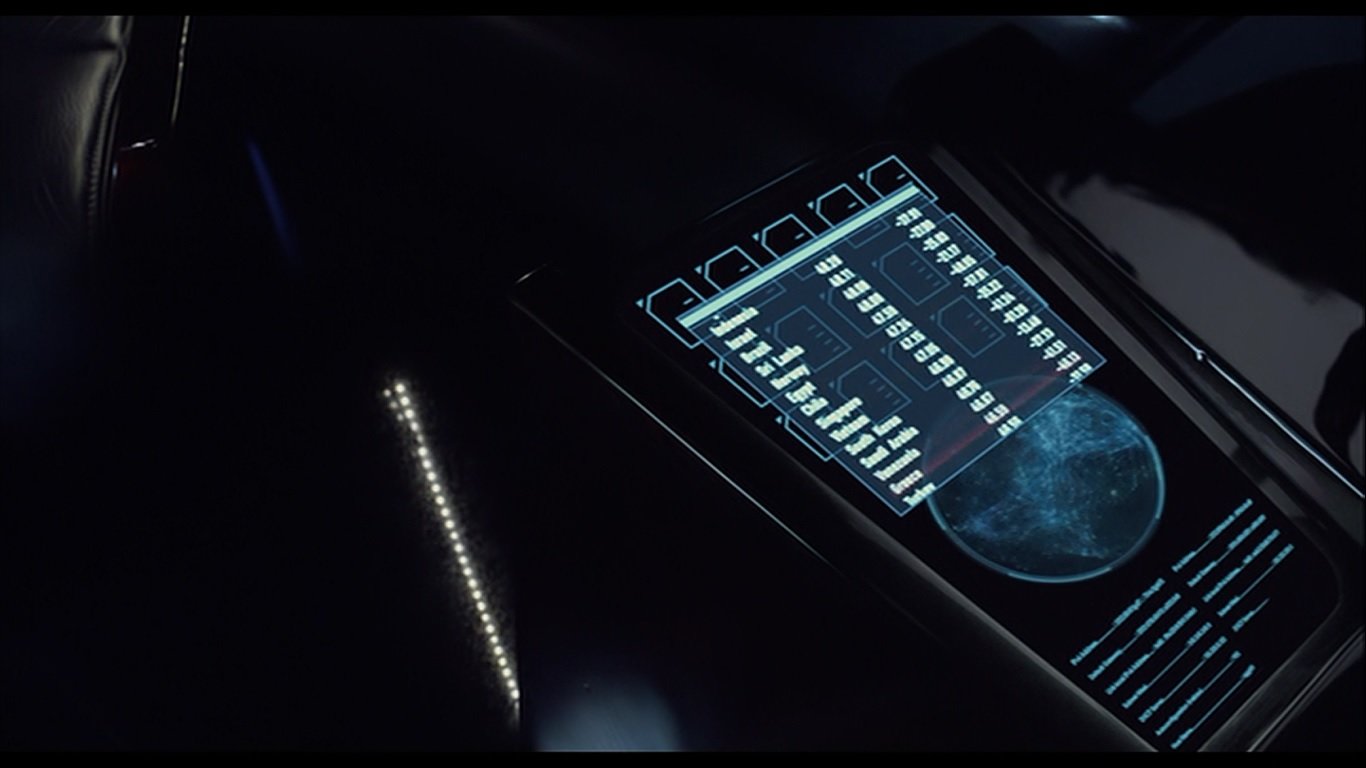 Eric Packer (Robert Pattinson) may be a Wall Street billionaire, but he’s far from the libidinous, money-fixated philistine painted by most cultural depictions; he’s an artist in his own right. The endgame of his industry may be monetary, not creative, but he appears to be more attracted to the act of finding patterns within streams of data than the actual wealth it generates. With his egomania, conviction, thirst for control and focus on detail, it’s easy to see him as an auteur figure. I don’t think it’s too much of a stretch to suggest that in adapting DeLillo’s novel about the spread of finance capital, Cronenberg made a movie that’s equally about the rise of digital filmmaking. Both, after all, are mediums inherently built on dematerialisation—financial methods of wealth production don’t involve the exchange of physical goods, and DV capture is divorced from the physicality of celluloid. 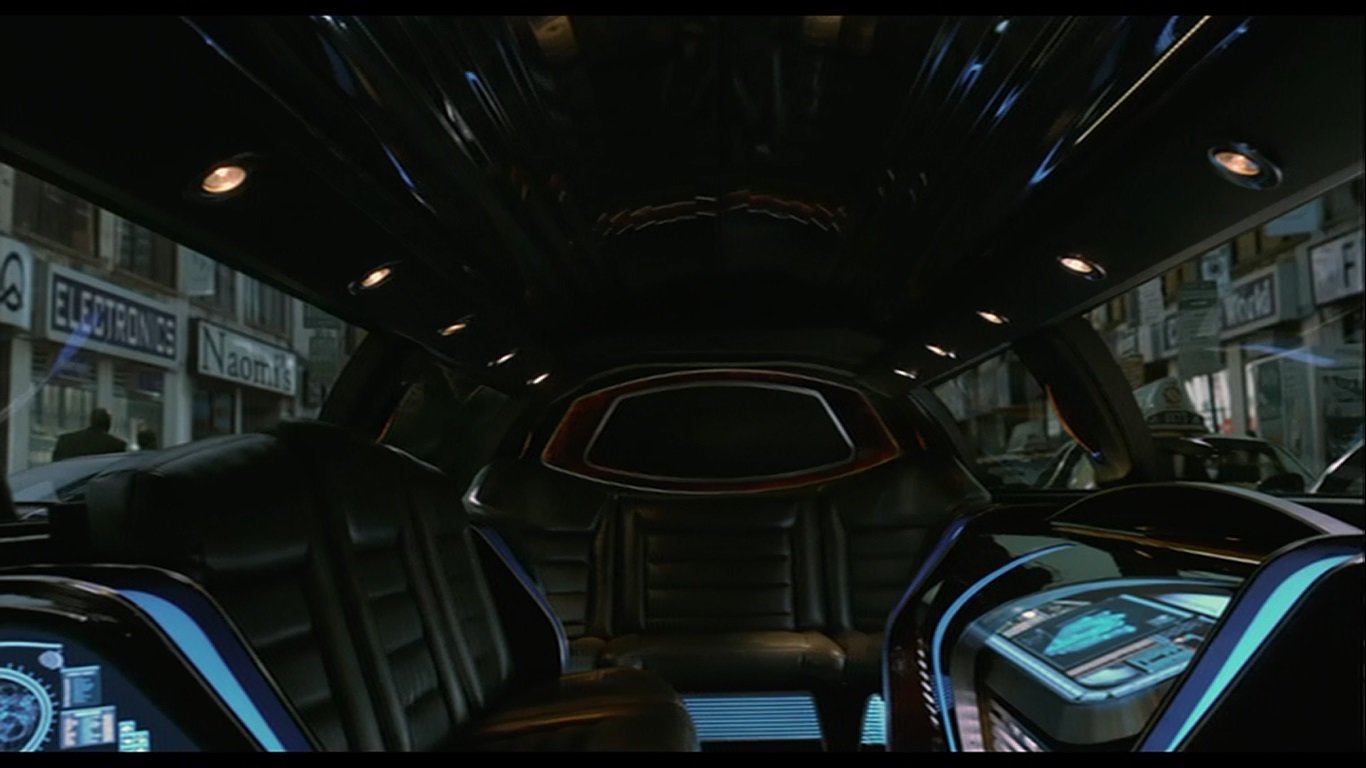 The very design of Packer’s limo—soundproofed, darkened, crammed with monitors—recalls a non-linear editing studio. Flatbed editing was a heavily physical process, requiring rigorous planning beforehand and great finesse to cut and splice frames. Digital editing is more flexible, it allows images to be shifted around and re-combined effortlessly. Because of this, a film’s director is now more likely to be more directly involved with the process. Yet digitization produces a significant ontological change, one which Cosmopolis demonstrates a mixed attitude towards. When light is converted into binary code via a computer (rather than being inscribed onto celluloid frames), the resulting footage is, on an indexical level, distanced from reality in a way that film is not. The suite becomes, like the finance office, an environment in which value is created from the manipulation of abstract numerical data representative of past actions. 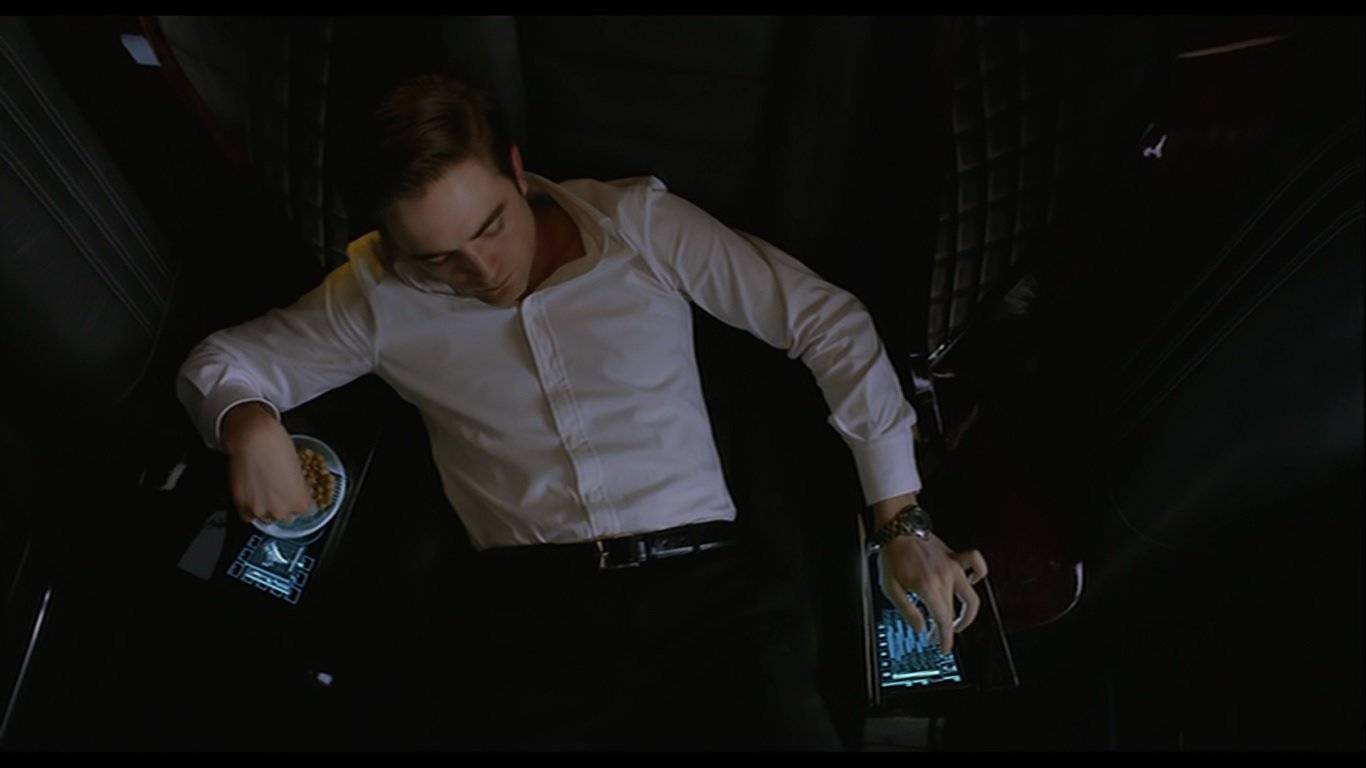 In one scene, almost exactly at the halfway point, we see Packer at work, alone. He sits on a slightly elevated black leather chair at the centre of his vehicle’s interior, attention fixed on a screen embedded into his armrest. Packer is framed slightly off-centre, leaning towards the left, his arms splayed out in an almost triangular formation. To his right is a large chunk of negative space. The monitors transmit a luminous blue glow, and, as Packer digs through the information with his fingertips—opening and resizing charts, scrolling through lists—the on-screen motions are silent and frictionless, in a manner that eerily mirrors the rhythms of the intentionally artificial looking rear-projection previously seen through the windows.

The static camera and absence of noise help to create a timber of tranquillity, yet one tinged with a feeling of melancholy, an intangible sense of lack. Though Packer scans the data with proficiency and skill, his posture is the impatient slouch of a discontented adolescent. With his free hand he fondles a translucent bowl of peanuts that sits carelessly atop the left monitor in a manner that registers as almost disrespectful. His expression is one of simultaneous compulsive captivation and muted boredom. 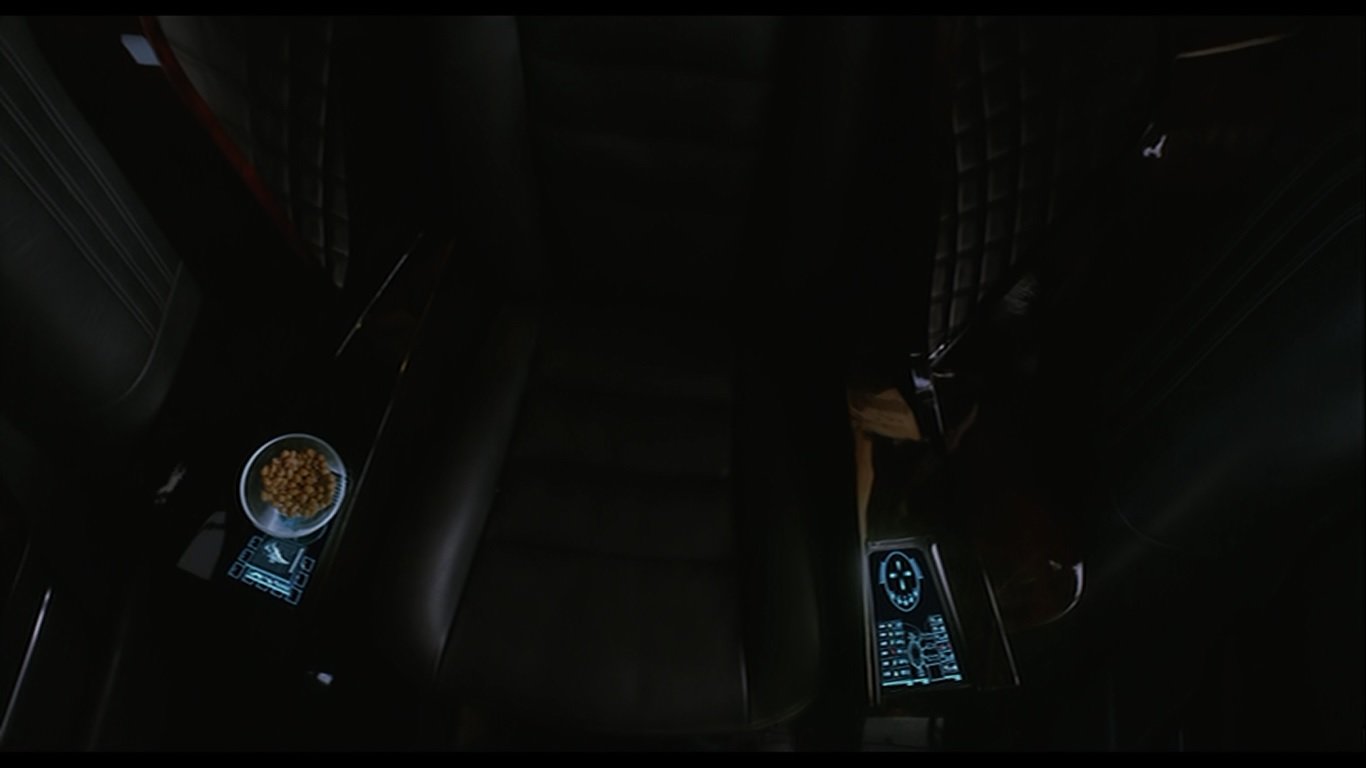 Packer’s concentration is broken by an off-screen sight, and he steps out of the car. The camera lingers for a while, locked in the same position, not appearing to register his absence. The angle of the shot, combined with the dispassion with which the action is captured, brings to mind surveillance footage. Economics reduces the world to mathematical patterns and algorithms, and DV filmmaking reduces the world to pixels; both products are logged digitally, allowing them to perpetuate themselves endlessly in the limitless realm of cyberspace.

The activity of the stock market already governs the lived experience of Cosmopolis’ humans, as opposed to the opposite. Packer attends to the biological needs of his body functionally, as if eating, exercising and fucking simply constitute a sequence of tasks that need to be regularly completed in order to keep himself working as efficiently as possible; he even views his asymmetrical prostrate more as an inexplicable glitch than a physical ailment. Cosmopolis anticipates a potential future in which both systems evolve to the point that they no longer rely on a concrete outside world to fuel them and can leave behind the messiness of human interaction entirely.

Part of our on-going series The Details, a column that catches the small within the big, focusing on the individual elements that make cinema so expressive.