It’s weird, innit, how CGI can make you feel like they added a couple of wings to Grandma’s Ole Sensorium and it can also, regrettably, make you feel like bad Photoshop is spitting on your soul, and narrowing it down. And what is stranger still, you can have both these experiences in the same movie.  It’s the luck of the draw; sometimes your perception can be so unprolonged, and your subjectivity so enlisted, so complicit in what you are seeing, that you feel as faked as the thing you’re watching. The Adventures of Tintin is mostly of the first case, working a thick vein of expansive, generous psychedelia. There is a fantastic wealth of invention here that maybe just got squandered on the wrong people. And, please, don't pretend to be so surprised by the waxen inwardness (at least in comparison to the catalytic effusions of a reality show or James Franco) of these automata who insist that we must fill in their "blanks" with our own emotional suggestions. So if we judge by the rankled response to the film's mirror being carried along the road of diminished affect, then we, and not they, are the robots—busted in more senses than one.

Japan, that country created in the imagination of E.T.A. Hoffmann, produced not just a people fascinated by automata, but also its master theoreticians, like Oshii Mamoru and Mori Masahiro:

But this kind of prosthetic hand is too real and when we notice it is prosthetic, we have a sense of strangeness. So if we shake the hand, we are surprised by the lack of soft tissue and cold temperature. In this case, there is no longer a sense of familiarity. It is uncanny. In mathematical terms, strangeness can be represented by negative familiarity, so the prosthetic hand is at the bottom of the valley. So in this case, the appearance is quite human-like, but the familiarity is negative. This is the uncanny valley.

I don’t think a bunraku puppet is similar to human beings on close observation. Its realism in terms of size, skin, and so on, does not approach that of a prosthetic hand. But when we enjoy a puppet show in the theater, we are seated far from the puppets. Their absolute size is ignored, and their total appearance including eye and hand movements is close to that of human beings. So although the puppets’ bodies are not humanlike, we can feel that they are humanlike because their bodies and movements when taken together are humanlike.  And from this evidence I think their familiarity is very high. (1)

The roboticist wants a level of human comfort with the automaton, out of a sort of humility or embarrassment. Like in Kleist, grace and the divine is championed over the earthy shocks of estrangement.(2)

According to the (robot’s) designer, laughing is a kind of sequence of face distortions, and the distortion speed is an important factor. If we cut the speed in half, laughing looks unnatural. This illustrates how slight variations in movement can cause a robot, puppet, or prosthetic hand to tumble down into the uncanny valley.

Now, obviously we spend quite a bit of time in Mori’s uncanny valley in The Adventures of Tintin, with its beautiful grotesques and abysmal Fisher-Price Viewmaster holographic textures, but why not reverse the orientation of Mori’s curve and speak of tumbling up the uncanny mountain? Why not say it is a virtue, and dare to disagree for once with the roboticists? Their vintage brand of technological humanism looks rather quaint anyway in a world where neuroscientists and eugenicists tell us daily we are machines, and the sooner we realize that particular divinity the easier it will be to machine our very own Mount Olympus. The aesthetic should match the aspiration...but in the meantime, let's just enjoy our ambiguous relations to these avatars of our machine selves.

The diffusion of authorship through motion capture is a problem—are we watching a wilder, potentially anarchically violent Peter Jackson film filtered through the chastity of Spielbergian sensibility?—or is it stupid and boorish to talk about it like this any longer? There is no longer an “eye” to privilege, because what we are looking at is not a “view of the world”, but a poetic construct, that depends in no small part on the creative “authority” of individual animators. It is as if the words in Flaubert rise against their sentences, and against the character of Emma herself to assert themselves absolutely in a paradigmatic surrealism.  Watching the film, I think it is easy to imagine how odd people felt, how their skin crawled, the first time they saw films projected for the first time.  We’re there once more;  a cinema light-years beyond the constructivism of Kino-Eye.

One could watch, for example, the whole of Tintin while being focused on the anemone-play of the main character’s cowlick. I don’t know to what degree that mesmeric cowlick is consciously animated, but even if it is an automated process nested within other automated processes, it still has the power to fascinate. It would never have the mild effect of wind in a corresponding “live action” film, because the wind, even if well-staged, is too integrated to the gestalt of the reality effect of the overall presentation. The cowlick has a weird autonomy that we can also call (moving just a bit beyond Freud and Mori) uncanny.

And, stepping back further in the frame, in the case of the human dolls seized by the Performance Capture, the sense of the uncanny comes from the “familiar” undercoating of Jamie Bell or Daniel Craig, that is, from the particular life of the individual, and—superimposed on the actor who is also the puppeteer—the paradoxical “life” of the mask itself. In Avatar’s infamous hedge, only the Exotic Other gets the privilege of the mask.

The wonder of this Tintin lies not exactly or completely in the strange puppets of this technological bunraku.  The uncanny mountain applies to the background as well as the foreground. There is a scene, where—lost for the moment in oceanic desert—the Captain, who is suffering from a crisis of dehydration and alcohol withdrawal, has a freudian moment of memory recovery, where he hallucinates the suppressed key to his past. He imagines the ship of his Haddock ancestor breasting the dunes ahead of them. The moment the Unicorn crests the dune, and is still pushing its mix of sand and sea through a second dune by the time the dissolve to the flashback is complete, this is not just a quicksilver morph or a CGI dodge, but an ontological dissolve that bravely holds both properties, sea and sand, as well as announcing the "cargo" of the recovered memory, until the last possible instant. Here is a fabulous moment of Shklovskian prolongation that reveals, not just the mythic figure of the automaton, but the World Itself seen as the Great Automaton, too.  A breathing, organic “real” peopled by dolls—maybe that brings us the closest yet to the native experience of the schizophrenic.

Dead Action? Or is it rather “excessively live action”...? Or, as they used to call it in the olden days, the sublime. 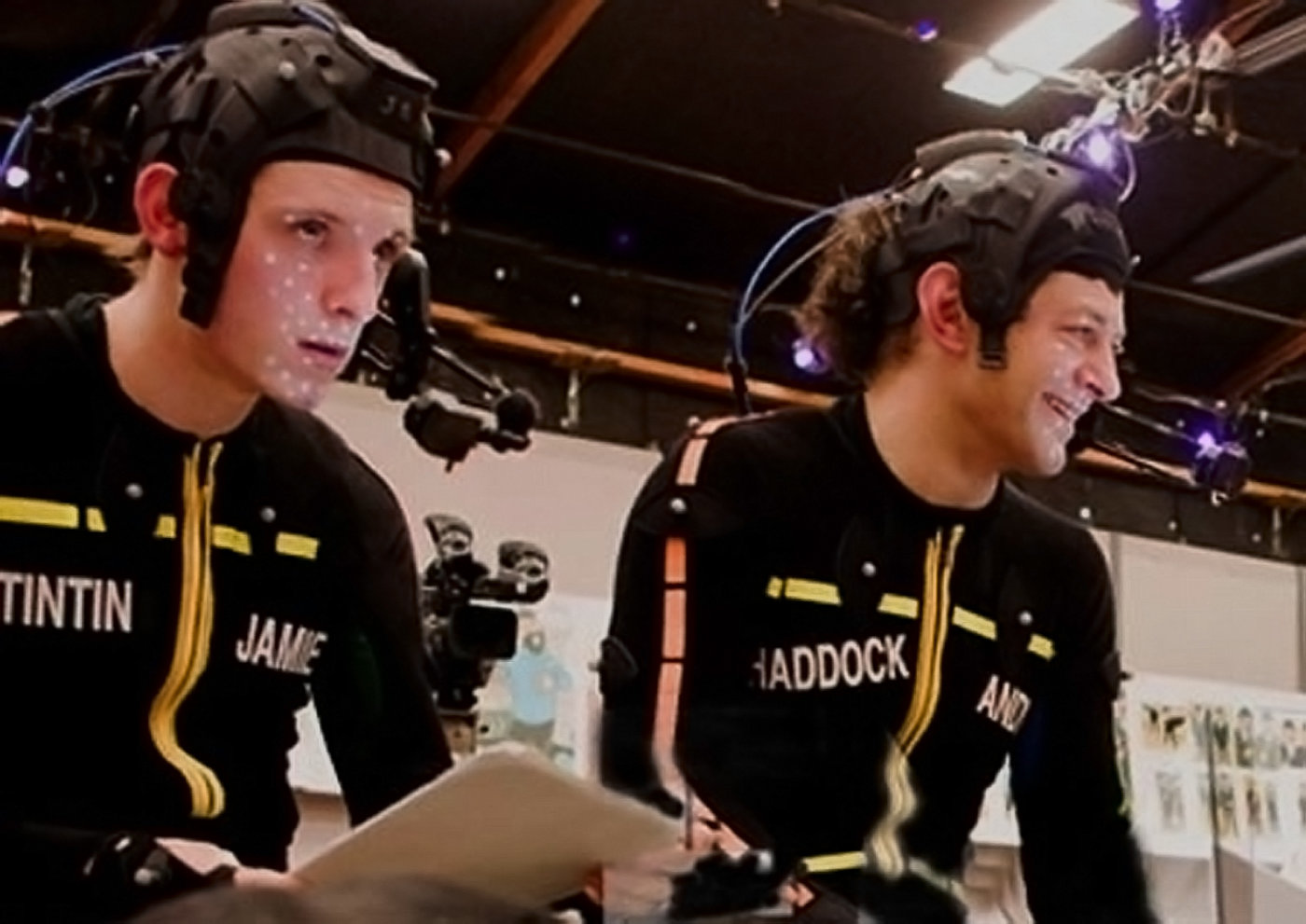 2. From Heinrich Von Kleist, On the Marionette Theatre, translated by Idris Parry:

Grace appears most purely in that human form which either has no consciousness or an infinite consciousness. That is, in the puppet or in the god."

"Does that mean", I said in some bewilderment, "that we must eat again of the tree of knowledge in order to return to the state of innocence?"

"Of course", he said, "but that's the final chapter in the history of the world."