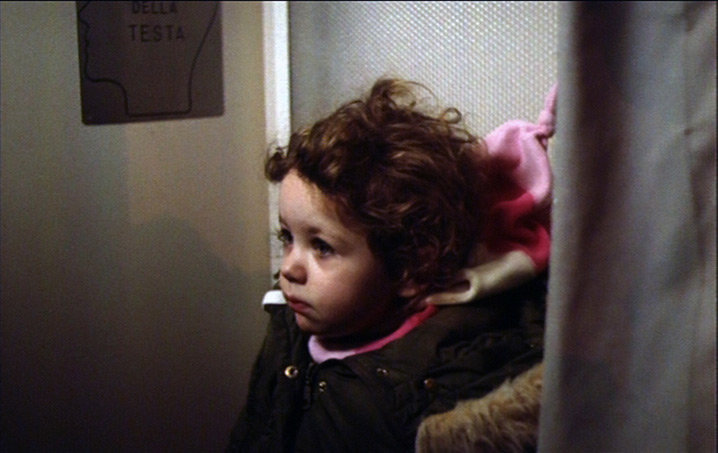 The recently wrapped Los Angeles Film Festival succeeded in reinventing itself—a new location in "revitalized" downtown with a new artistic director, David Ansen (the thirty-year veteran critic of Newsweek)—but it produced mixed results. Gone were the kind of established names of world cinema favored by previous artistic director Rachel Rosen, whose final program last year boasted rare works by Wang Bing, Pere Portabella, Miguel Gomes, and many others. Claire Denis was perhaps LAFF's only recognized master this year (outside of revivals), and her White Material is already secured for distribution.

Instead, LAFF emphasized emerging filmmakers and attempted to strike a balance between "popular" and "art house" fare, offering an accessible selection of films from around the globe. Ansen's most interesting choices were the smaller films he championed, such as the Georgian character study Street Days, which he personally introduced and then sat through after some minor projection problems occurred, as if ready to leap to its defense at a moment's notice.

Levan Koguashvili's debut feature is a well-observed portrait of the differences between carefree youths and weary adults in Georgia's competitive, post-Soviet economy. Its emotional center is Chekie (played with astonishing subtlety by non-professional Guga Kotetishvili), a drug addict pressured by crooked cops to implicate a politician's son. Though some moments—especially a crackpot kidnapping scheme—seem forced, the moral tensions are deeply felt, and Koguashvili excels at highlighting the human cost of everyday decisions while immersing the viewer in the back alleys and weathered buildings of Tblisi. 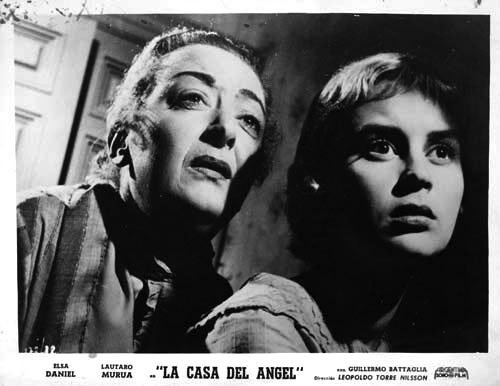 Ansen's biggest coup was undoubtedly a series highlighting Argentine filmmaker Leopoldo Torre Nilsson (1924-1978), a FIPRESCI-winning director who merited a 1980 piece by Richard Roud in Cinema: A Critical Dictionary ("the only Argentine director anyone knew in the years that followed his European debut...") but is scarcely mentioned today. Rare prints of The House of the Angel (1957), The Fall (1959), The Hand in the Trap (1961), and The Seven Madmen (1973) were tracked down in Buenos Aires, and at least one film had to be projected with "soft" subtitles.

Torre Nilsson's baroque camerawork in the labyrinthine mansions of the Argentine aristocracy has been compared to early Welles, but his focus on naive blonde innocents, often played by the beautiful Elsa Daniel, and the ambiguously sexual, predatory, and conspiratorial characters that surround them are more reminiscent of early Polanski. The first three films screened here were all adaptations of acclaimed novels by Beatriz Guido, who married Torre Nilsson in 1959. Daniel's characters are chaste but gradually mature in each film—from a repressed adolescent to an inquisitive college student to a manipulative young woman—and all of them are set at odds with the puritanical, patriarchal society to which they belong. 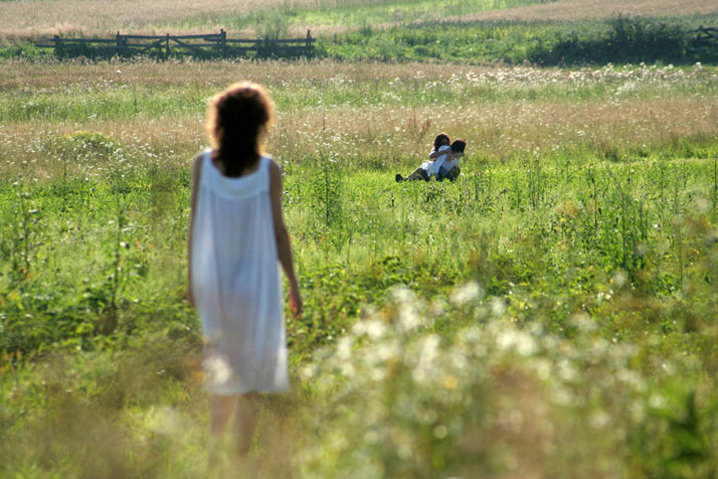 Other revivals at LAFF included Peter Strickland's haunting Katalin Varga (2009) and Walter Hill's neo-noir classic, The Driver (1978), both part of the always essential The Films That Got Away section programmed by the Los Angeles Film Critics Association. Katalin Varga won a slew of European awards and it's already available on DVD in the UK, but it has scarcely played in the US. Palpably atmospheric with its dark and dreamy lensing of the Transylvania countryside (aided by an unsettling score that channels Popol Vuh's music from Herzog's Nosferatu), the film follows a woman and her child cast away from a village, and renders their plight with the uncompromising force of Greek tragedy. In attempting to rectify her past, the woman seeks revenge, and the narrative offers a provocative critique of the usual cliches. With vivid, oneiric intensity, it provides a powerful expression of female entrapment.

One of Satyajit Ray's best films, 1958's Jalsaghar (The Music Room), appeared in a newly restored print courtesy of the Film Foundation, and it was a reminder that Ray remains the most famous filmmaker still neglected on DVD in the US. The film presents Biswambhar Roy, a fading aristocrat and music lover who can't resist spending his dwindling resources hosting lavish concerts in his dilapidating mansion. Strikingly focused on Roy's obsession, the film is unusually existential and minimalist for this typically "novelistic" filmmaker; its extended musical scenes serve as trance-inducing punctuation that simultaneously postpone the narrative and usher in its fate.

Of LAFF's contemporary line-up, two films registered as masterpieces. La pivellina, the first fiction feature film by documentarians Tizza Covi and Rainer Frimmel, ably compares to the work of the Dardennes. Set within a real trailer community of circus performers, the film presents a late-middle-aged woman who finds a temporarily abandoned two-year-old girl on a playground in the outskirts of Rome. Scraping together meager resources, the woman and her husband—who work as clowns whenever they have customers—care for the toddler while awaiting her mother's return. The film could easily have drifted into photogenic sentiment or melodrama, but it focuses beautifully on the couple's practical worries, intergenerational relationships and routines, forging a deeply absorbing rumination on family, belonging, and personal responsibility.

Woman on Fire Looks for Water is equally impassioned, but its crises and concerns are less apparent beneath its lulling narrative pace, as deceptively relaxed as the Malaysian village it dramatizes. Like his previous The Elephant and the Sea (2007), Woo Ming-jin adopts a parallel narrative structure that contrasts the romantic entanglements of a young man and his deflated, lovelorn father; both make their living frogging and fishing. Woo has cited Costa's Colossal Youth as an inspiration, and he gradually exposes his characters' deep emotions reflected in the physical details of the setting, from piles of fish innards and frog clippings to an idyllic swimming hole associated with youth and new beginnings. It's an affectionate and tender evocation of lives drifting beyond the urban mainstream. 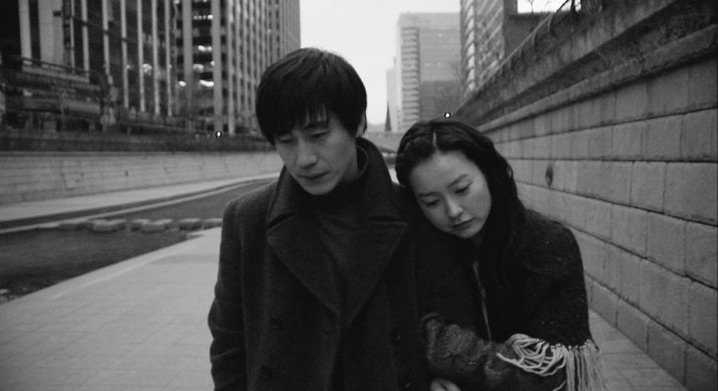 Another notable LAFF title was Cafe Noir, the debut of Korean film professor, critic, and festival programmer Jung Sung-il, who edited Kino magazine throughout the 1990s. (It's said that Jung discovered Hong Sang-soo and Kim Ki-duk, both of whom are quoted in the film's litany of references.) Contrasting subdued performances with a freewheeling assembly of city symphony, recurring dialogue and surrealist touches, the film begins with a violent love triangle and merges into an adaptation of Dostoevsky's White Nights. Like a bizarre fusion of the romantic Visconti (White Nights) and ritualistic Bresson (Four Nights of a Dreamer) adaptations, Jung presents a cautious maelstrom of emotions pregnant with possibility. Alternating between color and black-and-white, and containing one of the most compelling shots following nocturnal pedestrians since Val Lewton or Bela Tarr, its inevitably tragic denouement plays like a critique of Seoul itself, its spiritual and social pretensions continually eroded by despair.

Documentaries fared particularly well at LAFF, with a number of standout titles that examined cultures and people groups in fascinating ways. Where Are You Taking Me? is Kimi Takesue's wonderfully impressionistic travelogue featuring the vibrant people of Uganda. Capturing evocative landscapes and such diverse social arenas as a wedding, a weight-lifting competition, and a crowded market, Takesue makes the film feel both abstracted and engaged. The title comes from a random question posed to the camera, an inquisitive child wondering why foreigners would want his image—a wise question coming from a third world country routinely used to sell any number of Western agendas. 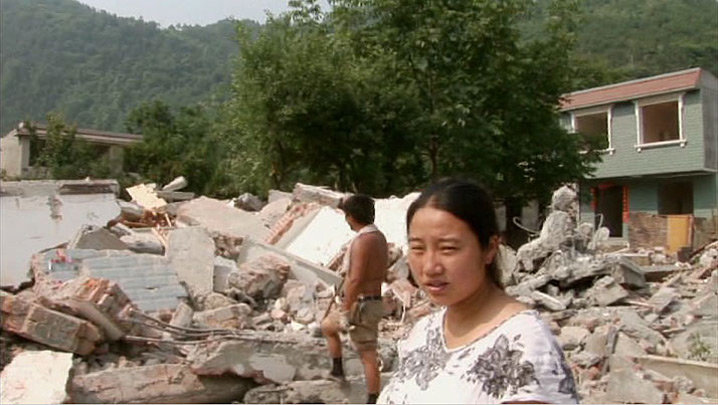 Du Haibin's 1428 visits the aftermath of the devastating 2008 Sichuan earthquake, and charts the reactions and interpretations of the survivors, who wrestle with severe personal loss and confusion. Sorting through debris and often gushing at the camera—in a variety of angry, philosophical, and grief-stricken ways—the people of the region express their sentiments about the Chinese government, cosmology, the media, and anything else of immediate importance to them. Lush green mountains provide serene visual contrast to the individual lives scrambling amid the rubble, but unlike LAFF's Camera, Camera, the film never falls into postcard pictorialism. Its only misstep is the constant emphasis on a lone, mentally unstable survivor too eccentric to carry the mantle of the film's emotional focal point.

Disco & Atomic War playfully recounts the unusual but highly entertaining story of the "soft war" between Finland and Estonia in the former Soviet Union during the 1980s. Director/narrator Jaak Kilmi grew up in Tallinn, where his father manufactured bootleg receivers that picked up a Finnish television broadcast purportedly co-programmed by the CIA. This ushered in a subversive local obsession for the best in American culture, namely Dallas, Knight Rider, and dance fever. Highly amusing and historically accurate, the film's best moments are the reenactments that meld subjective memory and creative whimsy into unexpected magical realism.

Josh Fox's Sundance prize-winning GasLand (now showing on HBO) represents vital independent filmmaking. Fox crosses the US trailing corporations that inject hazardous, undisclosed fluids into the ground to fracture the earth and extract natural gas, and interviews people whose water wells have been contaminated in the process. Since the companies use Halliburton technology, it's no surprise that the Bush Energy Policy of 2005 exempted hydraulic fracturing from the Safe Drinking Water Act of 1974, and Fox highlights current efforts to reverse that decision. Adept at constructing impressionistic montages, the filmmaker relies a little too heavily on the Michael Moore school of investigative journalism, fronting himself as incredulous witness and occasional performance artist, but there's no denying the gravity of the situation or the crucial need for greater public awareness.

All in all, LAFF offered a respectable line-up, even if world cinema aficionados miss the Rosen days, when the festival offered one of the best and only places for Angelenos to see more rarified works from the international festival circuit. With last year's highly talented AFI FEST leadership resigning, the Los Angeles County Museum of Art still threatening its film program, and speciality venues increasingly emphasizing cult and nostalgic fare, the pressure for Los Angeles exhibitors to keep up with challenging and contemporary world cinema grows all the more pressing.