We're going to be taking our sweet time wrapping up this year's SXSW Film Festival, looking over one section at a time and allowing for digressions and occasional notes on films that screened in Berlin and Sundance as well, focusing on what's interesting, skimming over what's not. Before we begin, a few pointers to overviews of the festival in general: IndieWIRE and the Playlist have indexed their extensive coverage and Eric Kohn's had an end-of-the-fest chat with Ben Kenigsberg and Matt Singer; James Francis Flynn posted a diary at Cinespect; and, in his podcasts for the Film Society of Lincoln Center and KUT.org, Eugene Hernandez has interviewed a slew of filmmakers and touched on broader issues with a wide range of critics: 1, 2, 3, 4 and 5. 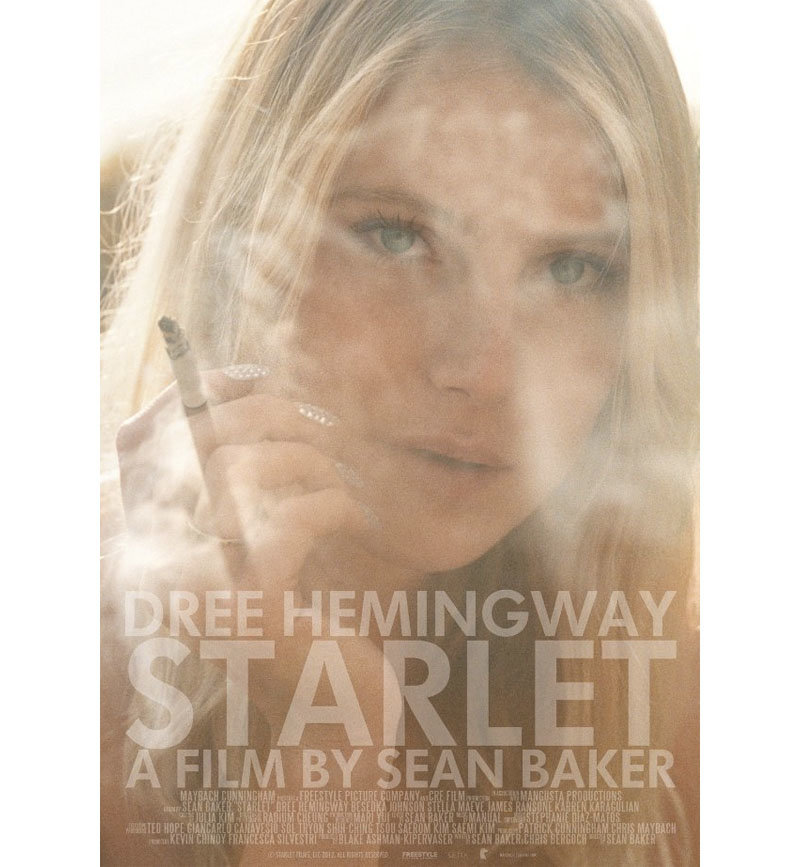 On to the Narrative Feature Competition, eight films in all, of which I saw none; it was only after the festival was over that I realized I'd inadvertently but quite happily focused on the Emerging Visions program. You're far better served anyway by J Hoberman, who, as a member of the jury — it was his first time at SXSW ("also Austin, not to mention Texas") — saw them all. He and his fellow jurors, Esquire editor Lisa Hintelmann and Toronto programmer Jane Schoettle, presented their award to Adam Leon's Gimme the Loot, which sees its hometown premiere on Friday when it screens as part of New York's New Directors/New Films series. The audience went for Megan Griffiths's Eden, and roundups on both films are still being updated in the Awards entry.

That leaves six, and we begin, of course, with Hoberman, writing for Artinfo: "Gimme the Loot was the most enjoyable, but the least predictable and most haunting movie I saw in competition was Sean Baker's character-driven second feature Starlet, described in the catalog as recounting 'the unlikely friendship between 21-year-old Jane and 85-year-old Sadie.' Jane is model Dree Hemingway of the Hemingway Hemingways; Sadie is octogenarian Besedka Johnson, discovered, according the director, exercising in a Los Angeles gym. It's a Hollywood story, albeit one that Hollywood would not be likely to produce. Hate to give away the movie's surprises — suffice to say that the improbable friendship is not only miraculously unsentimental but played out in a show biz context, namely the San Fernando Valley porn film industry."

Stephen Saito's found it to be "a well-crafted, if a tad too long, and emotionally acute film." More from Eric Kohn (indieWIRE, B+) and Katie Walsh (Playlist, B).

While Hemingway is following in the footsteps of her mother Mariel and late aunt, Margaux, she intends to carve out her own path. Still, she's well-versed in her mom's film work and looks to her bold career choices as inspiration. "I want to do my own thing, but if I had the opportunity to do the kinds of things she's done…" she mused. "My mom had balls, to be honest. She went for big things that were like, wow — Star 80 was very bold; Personal Best was the first movie that really touched based on lesbian issues; Manhattan, and her character in that, is one of my go-to movies for if I feel like I need to be real."

One major difference: Hemingway is commanding her own foray into acting, whereas her mother was "pulled" in. "The reason she got into acting was because Margaux was doing Lipstick and they couldn't find the girl to play her sister," she said. "They literally grabbed my mom, and my mom tells me that she went and saw the movie, got so mad at my grandpa and her dad and was like, ‘I didn't know I was being raped in this movie!' And he's like, ‘Why did you think you were running away?' She's like, ‘I wouldn't have done this film if I had known!' But then, Manhattan [happened] and it all kind of fell into place." 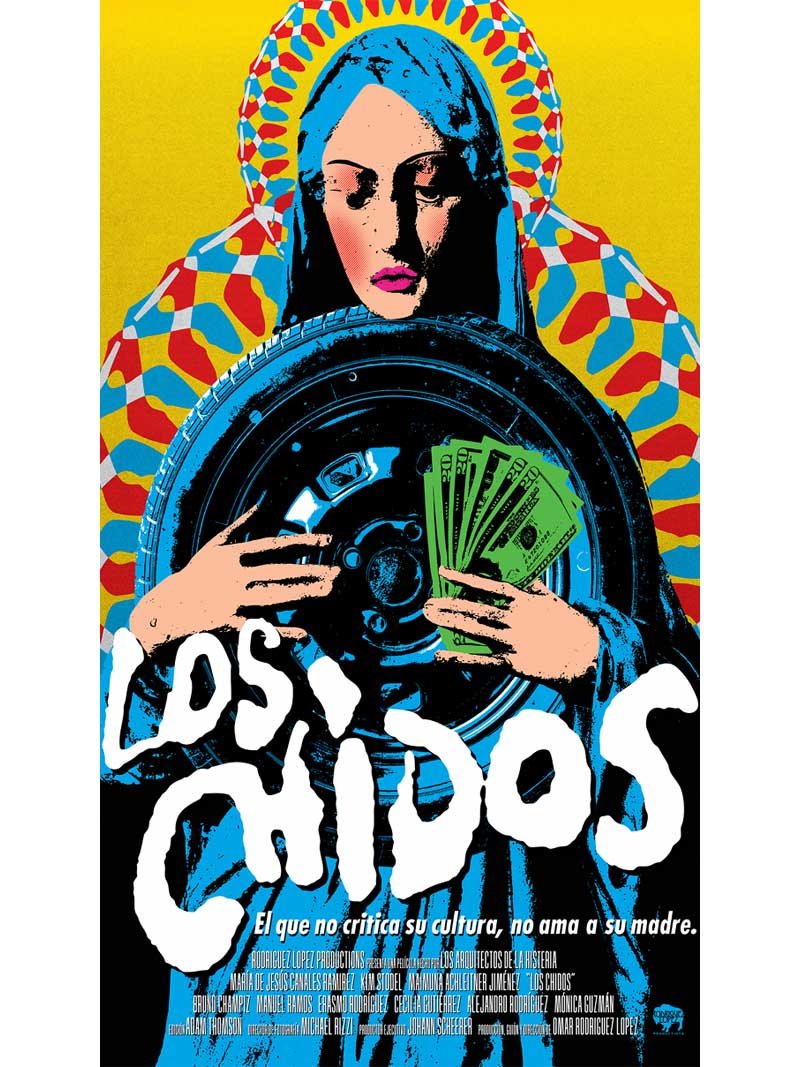 "There are moments in Omar Rodriguez Lopez's Los Chidos so extraordinarily vulgar you can't describe them without sounding as loony as the movie," wrote IndieWIRE's Eric Kohn last week. "The bastard love child of John Waters and Alejandro Jodorowsky, The Mars Volta frontman's batshit-crazy spin on the telenovela includes a graphic scatological meal, incest, severed penises in jars, inexplicable cannibalism and intentionally amateurish dialogue that's obviously dubbed. It's littered with ugly stereotypes delivered in the service of crude satire. And at the SXSW Film Festival this week, it played through the roof."

"Set in an unnamed region of Mexico, Los Chidos takes aim at the Gonzalez family, who own and sometimes operate a ramshackle auto-repair shop," writes Jesse Cataldo at the House Next Door. "Spending most of the time stuffing their faces in front of the television, the family is ugly, loutish, and lazy, qualities which mask deeper patterns of incest, abuse, and murder. Paired with rough acting and frequently repetitive music on the soundtrack, this makes for a nice-looking movie that's otherwise unbearably ugly. Even supposedly sympathetic characters, like the Gonzalez's closeted gay son, come off as ridiculous buffoons, subjected to an equal amount of spite. While the film positions itself as an attack on Latin American traditions of misogyny and homophobia, any whiff of a reasonable argument is lost in the disordered muddle it stirs up."

More from Ryland Aldrich (Twitch) and Katie Walsh (Playlist, B+), who interviews Rodriguez Lopez. For the Los Angeles Times, Nate Jackson talks with him as well.

John Jarzemsky at Twitch: "The Taiwan Oyster, co-written by Mark and Mitchell Jarrett and directed by the former, tells the story of Simon (Billy Harvey), who aspires to be a writer, and Darin (Jeff Palmioti), who aspires mostly to drink, have sex, and cut the sleeves off shirts. The two American twentysomethings are kindergarten teachers who lead comfortable if not aimless lives in Taiwan. After fellow expatriate Jed dies in a stupid, drunken accident, the two friends discover that his body lies unclaimed in a city morgue, and will soon be cremated. A plan is hatched, and the body is stolen with the help of morgue employee Nikita (Leonora Moore), who tags along for the journey to Jed's final resting place, somewhere on the picturesque coast of Taiwan…. The story moves deftly between the realms of comedy and tragedy, guided by characters that are at once likeable, and perhaps in the case of many suffering from a bit of the quarter-life crisis, even a bit familiar."

Dan Schoenbrun introduces his interview with Matt Ruskin for Filmmaker: "The story of Simon, a Boston-based petty thief forced to turn to serious robbery after his brother is arrested, Booster features stellar performances from a handful of Boston natives, as well as veteran character actor Seymour Cassel. Ruskin's film wrestles with provocative moral issues, taking care to imbue even its most externally-loathsome characters with life and heart."

Schoenbrun also talks with Jonathan Lisecki about Gayby, the feature version of his award-winning short of the same name: "Lisecki takes a potentially divisive premise — a single woman looking to become a mother commissions her gay best friend to knock her up — and explores it in a style that's so frank, honest, and completely hilarious that it's impossible not to be charmed."

"A winding, ephemeral jaunt through the Appalachian backwoods, Pilgrim Song is so well-executed and carefully made that it almost appears effortless." It's Dan Schoenbrun again, introducing another chat for Filmmaker, this one with Martha Stephens, who "hails from the David Gordon Green school of filmmaking (both figuratively and literally — she's a recent North Carolina School of the Arts grad). Following 2010's Passenger Pigeons, a modest hit on the festival circuit, Pilgrim Song continues to establish Stephens as the rare American director able to transform realism into poetry."﻿