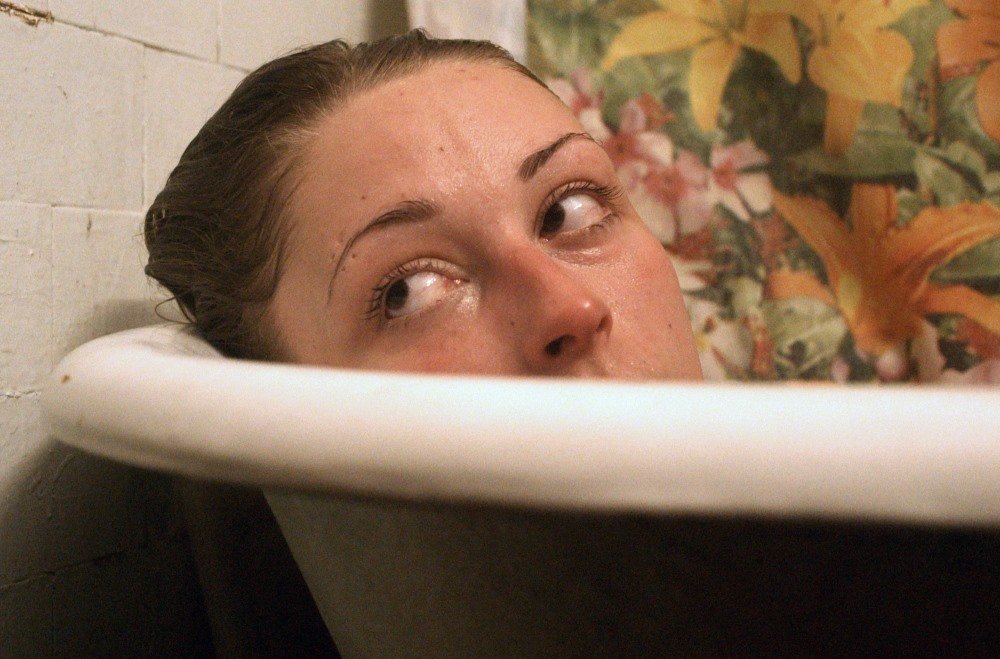 I’ve often had a dream of writing film criticism without adjectives. They’ve always struck me as the crutch of the lazy, unthinking writer. That’s why they’re so often the only thing that movie ads quote from a review. Along the same line, I’ve sometimes wondered if some types of movies are more likely to elicit adjectival ejaculations and thus are lesser forms. Thrillers and horror films, for instance, with their tendency to manipulate the audience’s physical sensations, may concomitantly tend to make critics hail them as “sensational,” “exhilarating,” or “breathtaking.” We generally tend to think of movies shot with a heightened sense of documentary realism as “artistic,” as opposed to genre films, but they often share with the thriller and the horror film a tendency to make you feel as if you are actually there.

Josh and Bennie Safdie's Heaven Knows What, making its U.S. premiere at the New York Film Festival, is what most smart people I know would say is an exceptionally well made movie in the realist vein about a young woman struggling with homelessness and addiction in New York. I enjoyed the experience of watching it myself. But I wonder if it’s also the type of movie that is especially difficult to write about without resorting to clichéd modifiers. Even in the Q&A after the press screening, people in the audience told the directors that it was “very powerful” and “an emotional ride.”

Lately I’ve been telling my students that one way to get out of the morass of adjectival description is to write about works of art as a relationship between abstract nouns. With that in mind, I’d say that this film is about the difference between belonging to a community and depending on others. And maybe what the film suggests is that people who live outside of the mainstream necessarily form their own communities that bind themselves together in such a way that the pendulum swings too far to the side of dependence rather than belonging. Perhaps these types of alternative communities tend to foster relationships defined by repetition and cyclicality, which is, in fact, the very cause of this dependence. In this sense, the movie is about an addiction to people as much as it is an addiction to drugs. So maybe the way to judge this film is not to talk about the extent to which it is or is not “realistic” or “harrowing,” but whether or not its ideas about the relationship between dependence and communities are perceptive or clichéd.

If adjectives point to the experiential aspect of cinema, concrete nouns to the phenomenal, and abstract nouns to the conceptual, I found that I appreciated the movie much more when I wrote about it with some parts of speech rather than others. The moments when the Safdies emphasized the experiential aspects of the movie—with close-ups of needle injections and wrist-slittings that made me cringe in my seat—didn’t strike me as being particularly challenging intellectually. This wasn’t because they focused on the body, per se, but because by relying too uncritically on generic tropes, they didn’t allow themselves to conceive of addiction in all its complexity. Why not focus on the temporal experience of drug addiction, after all? They could have organized the movie around a series of 47-minute takes showing the characters sitting around in stupefied silence. But when the brothers foregrounded the conceptual aspects of the film—by emphasizing the circularity of the narrative, for instance—it seemed much more astute. That’s why I’ll choose to strategically forget the scenes of roller-coaster physical agony and remember instead the final scene of the movie, with its boredom, lack of communion, and quiet despair.