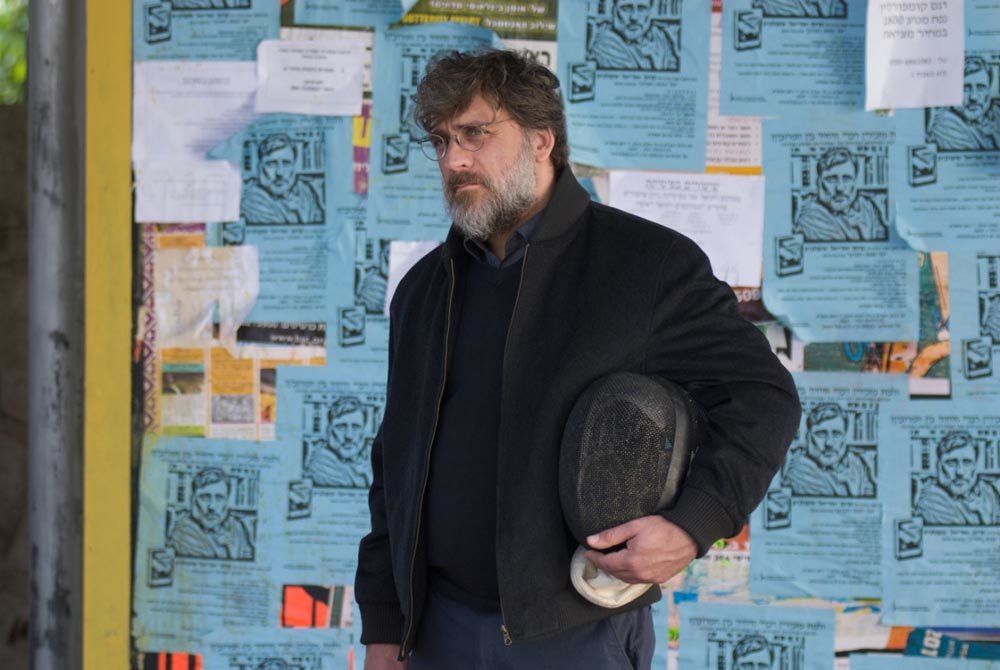 "If Henry Kissinger really invented the apercu 'academic politics are so vicious precisely because the stakes are so low,' it would have been the cleverest (and probably the least evil) thing he ever said," writes Shelly Kraicer in Cinema Scope. "Joseph Cedar's brilliant academic comedy Footnote is an elaborate, witty, and deeply human investigation of that idea, and much more. Cedar frames his story as a post-Oedipal (or perhaps it's post-Northrop Frye) struggle between two Hebrew University-based Talmudic scholars: senior philologist Eliezer Shkolnik (Shlomo Bar Aba) and his son Uriel (Lior Ashkenazi). Public speeches notwithstanding, the pair's relationship is tinged with a furious rivalry: Eliezer thinks his son is a superficial celebrity scholar, while Uriel resents the senior Shkolnik's lifelong immersion in textual minutiae. Eliezer is also terminally aggrieved that his work has never won the Israel Prize, the pinnacle of state recognition. When a minor bureaucratic snafu brings the father-son tension to a head, academic infighting takes on the potential dimensions of Greek family tragedy, but always in comic-satiric mode.

Andrew Schenker in Slant: "A very Jewish comedy about academia, familial bickering, and life as a cosmic joke, Joseph Cedar's Footnote is a sour, rather unpleasant affair that hinges on acts of Jews behaving badly — even when they try to do right. Cedar's premise… is one of the more intriguing in years, and the writer-director has fun geeking out on the finer points of Jewish scholarship, but at heart this is a family drama in which a resentful, barely there scholar denigrates the work of his son and disgraces him publicly, while the latter undoes an act of benevolence with a single, stinging admission. In short, everyone's nasty and the film's leavening doses of humor either backfire or only add further to the tone of miserablism."

But for Kristin Thompson, Footnote "is funny and fast-paced, cleverly using voiceover and PowerPoint-style graphics to lay out the exposition about father and son. It's apparent why Footnote won the prize for the best screenplay at Cannes. There are many droll touches, including an absurdly small conference room in which Uriel argues with university officials about denying the prize to Eliezer. There's also a scene where a guard tries to keep Eliezer from re-entering the Israel Museum during the Academy investiture party and he adamantly refuses to provide the information that would gain him access. The whole thing has something of the air of a Coen Brothers film."

Michał Oleszczyk for Fandor: "The movie manages to be both grave and witty, its moral focus and playful tone strangely dependent upon each other (in that respect, Cedar resembles Alexander Payne and Footnote at times feels like a slightly more portentous version of Election)."

"Footnote is designed as a maximalist audience-pleaser," writes Steve Macfarlane for the L, "replete with Carl Stalling-esque musical cues, 'quirky' motion graphics, master shots ripped from Ikea commercials and a godlike voiceover that discloses characters' foibles behind their backs."