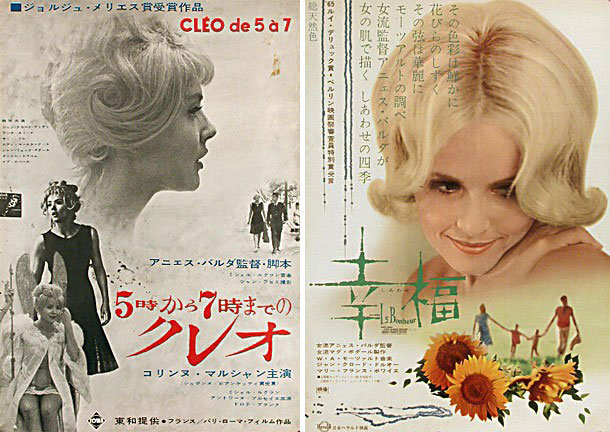 To celebrate the Le cinema d’Agnès Varda, the virtual retrospective currently running on The Auteurs, I thought I'd take a look at Varda’s career in posters. With the recent announcement that the eclectic half-century long filmography of the grand dame of European Cinema would soon be available to watch on the Sony PlayStation, I thought it fitting to mark this unlikely collaboration of Belgian artistry and Japanese technology by leading off with two gorgeous Japanese posters for two of her earliest and greatest films: Cléo from 5 to 7 (1962) and Le bonheur (1965).

The montage that follows covers the next four decades, leading off with a stunning Polish poster for Les créatures (1966) and ending with one-sheets for the two superb autobiographical essay films that cap her brilliant career: The Gleaners and I (2000) and The Beaches of Agnès (2008).

You can read more on the brilliance of Agnès here. Thanks to Posteritati for many of these posters.