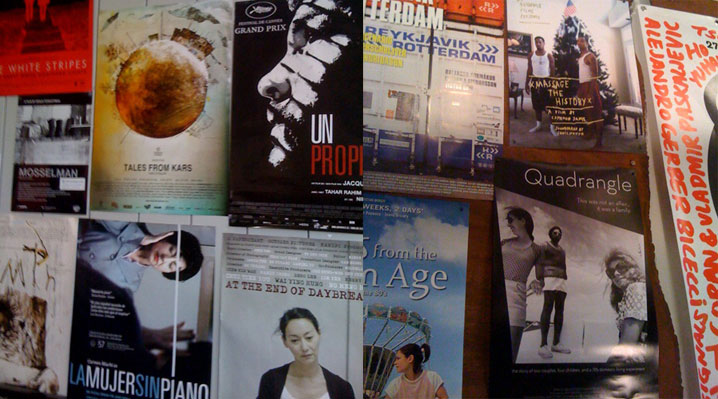 This week I present a selection, below, of more of my favorite posters from the International Film Festival Rotterdam where the walls of every theater and meeting place were crammed with posters and flyers. Though a couple of these may have appeared at earlier festivals, all were new to me. The one design that I loved that I could not find a better image of can be seen high on the wall above: the poster for Cameron Jamie’s 10-minute ode to furniture humping Massage the History (yes, even short films have posters at Rotterdam). Here are sixteen of my favorites: 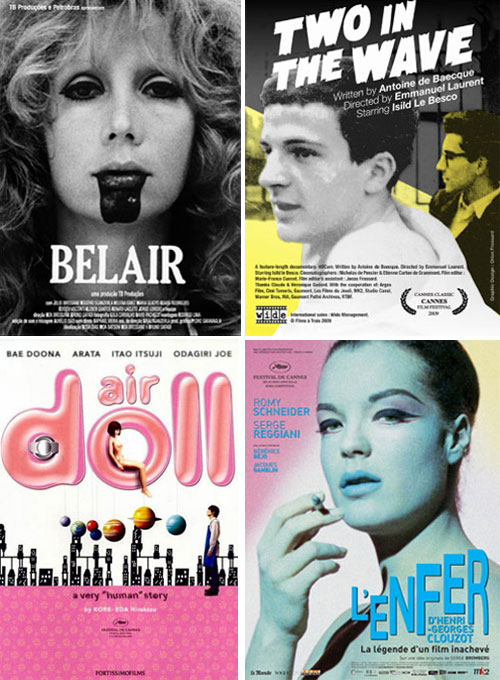 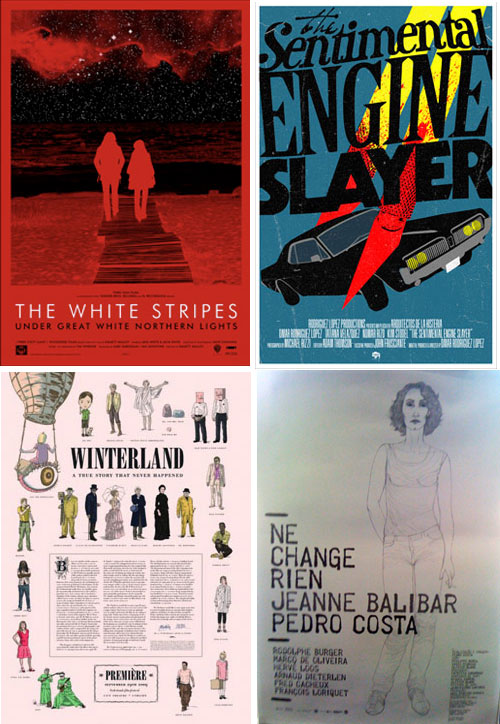 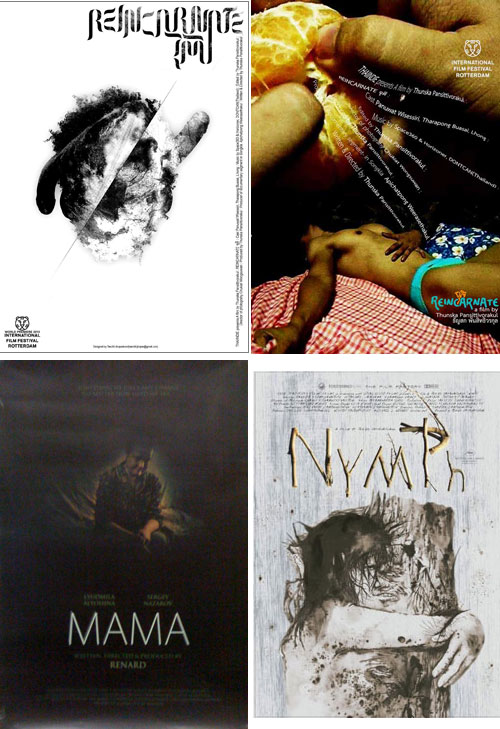 Again clockwise from top left: two posters for Thunska Pansittivorakul’s censor-baiting Reincarnate (the NSFW design with the fabulous typography is by Taechit Jiropaskosol while the equally provocative color design is by the filmmaker himself); Pen-ek Ratanaruang’s tree-hugging Nymph, and Nikolay and Yelena Renard’s minimalist Mama. 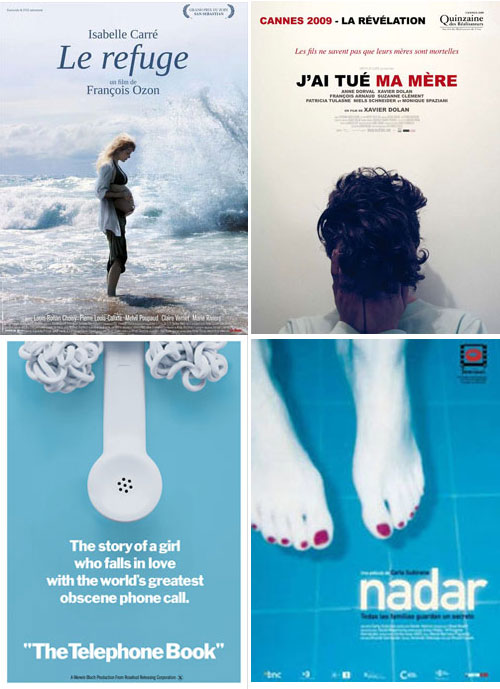 And finally François Ozon’s Le refuge, Xavier Dolan’s J’ai tué ma mère, Carla Subirana’s Nadar, and Nelson Lyon’s 1971 oddity The Telephone Book. More information on all of these films can be found at the festival website.