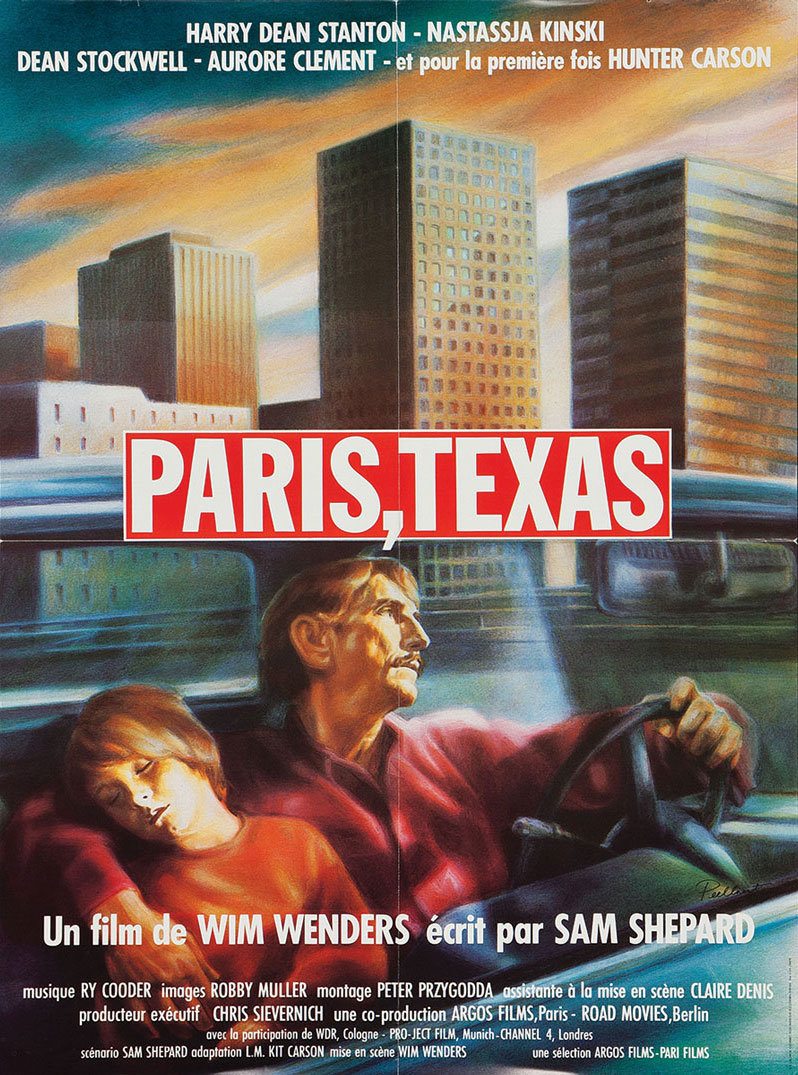 Best known in the US for his 1976 poster for Taxi Driver, his controversial cover for Diamond Dogs and his lavish 1974 coffee table book reverie Rocks Dreams, the Belgian artist Guy Peellaert (1934-2008) also had a very fruitful association in the 1980s with German director Wim Wenders. I wrote about Peellert in Film Comment a couple of years ago, but the occasion of the upcoming Wenders retrospective at the Museum of Modern Art in New York seems a good excuse to gather together all the Peellaert-Wenders collaborations.

Between 1980 and 1987 Peellaert painted six posters for the French releases of five of Wenders’ films: from the Nicholas Ray documentary Lightning Over Water to Wenders’ magnum opus Wings of Desire. Wenders, an aficionado of American rock ’n’ roll (one of his first short films was called 3 American LPs), was no doubt a fan of Rocks Dreams which may have brought him to Peellaert (assuming Wenders had any say in the French marketing of his films), but the artist’s style also seems to fit Wenders perfectly. Wenders’ films are often about figures in landscapes—lonely souls making their way through alien terrain. Peellaert’s colorful, soft-pastel images don’t look like Wenders’ images so much as suggest them; his solitary protagonists all gaze into the middle distance against anonymous cityscapes (note that skyscrapers—a shorthand for urban inhospitability if ever there was one—appear in the background of three of these posters). My favorite Peellaert ﻿poster however features nobody at all. For what is perhaps the strangest of Wenders’s films, The State of Things (1982), Peellaert gave a pop art spin on one of his strongest painterly influences with his doubled image of an eerie, empty Edward Hopper-esque parking lot﻿ seen at day and night. 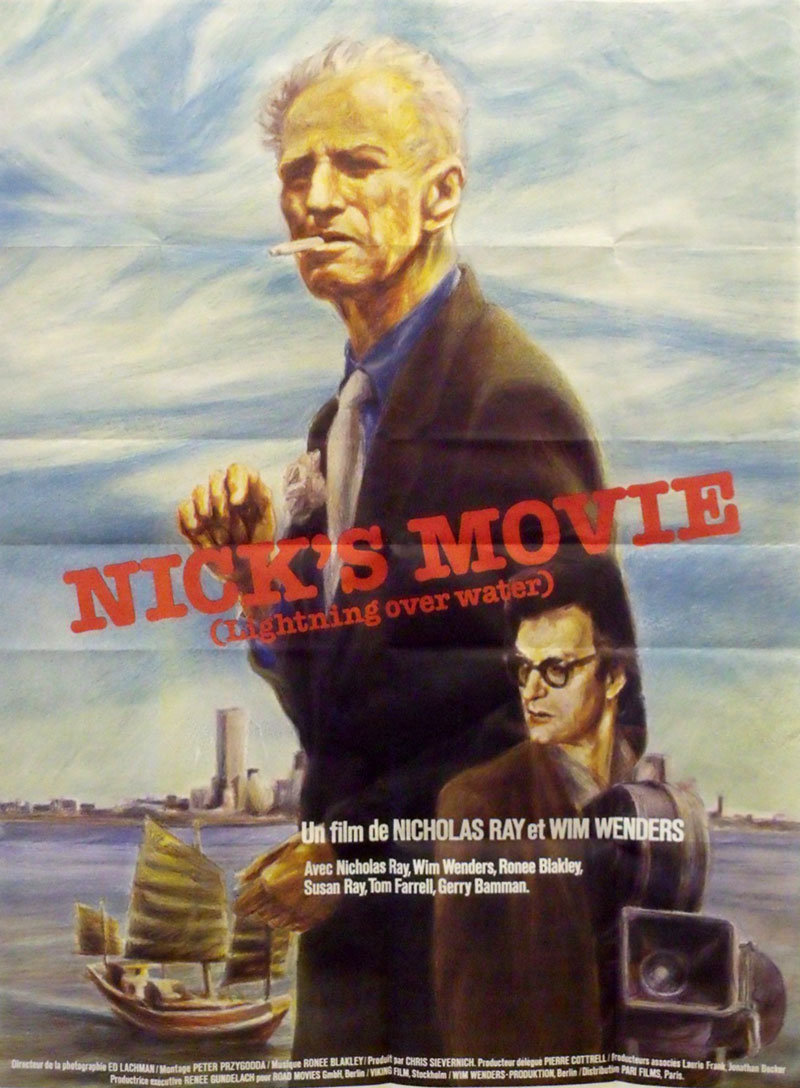 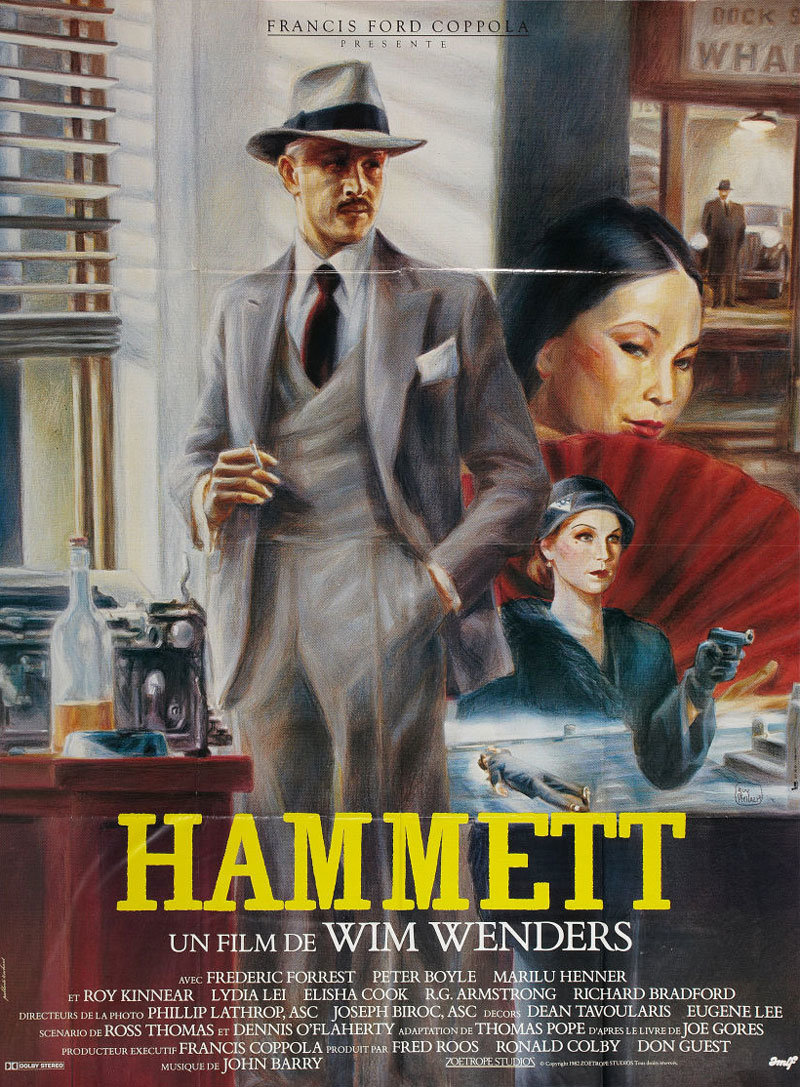 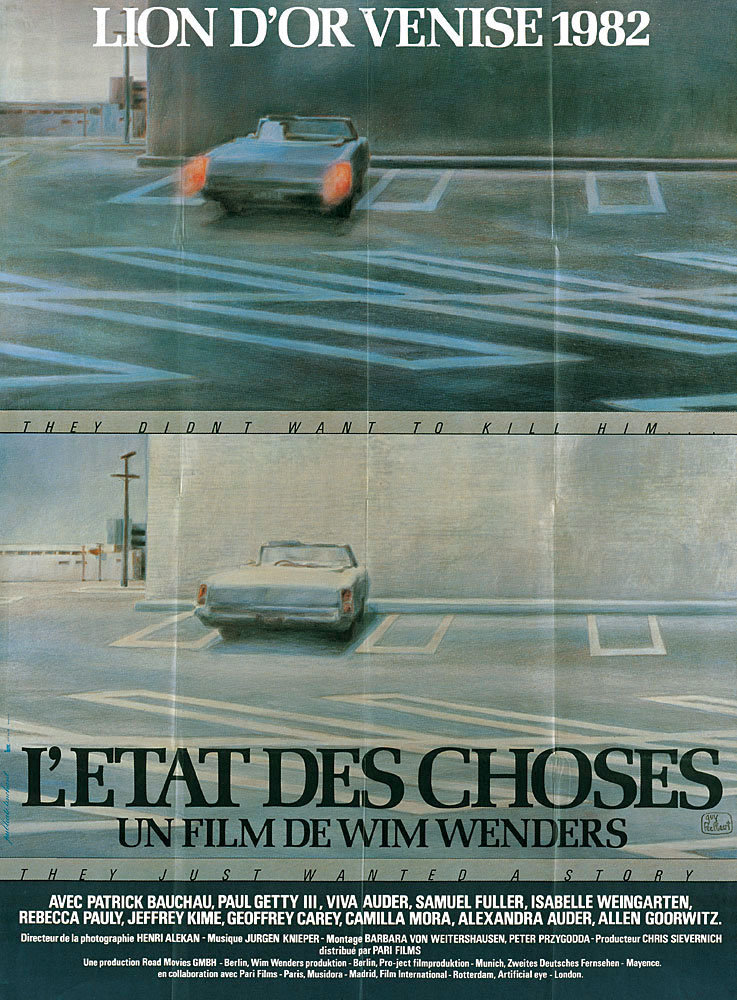 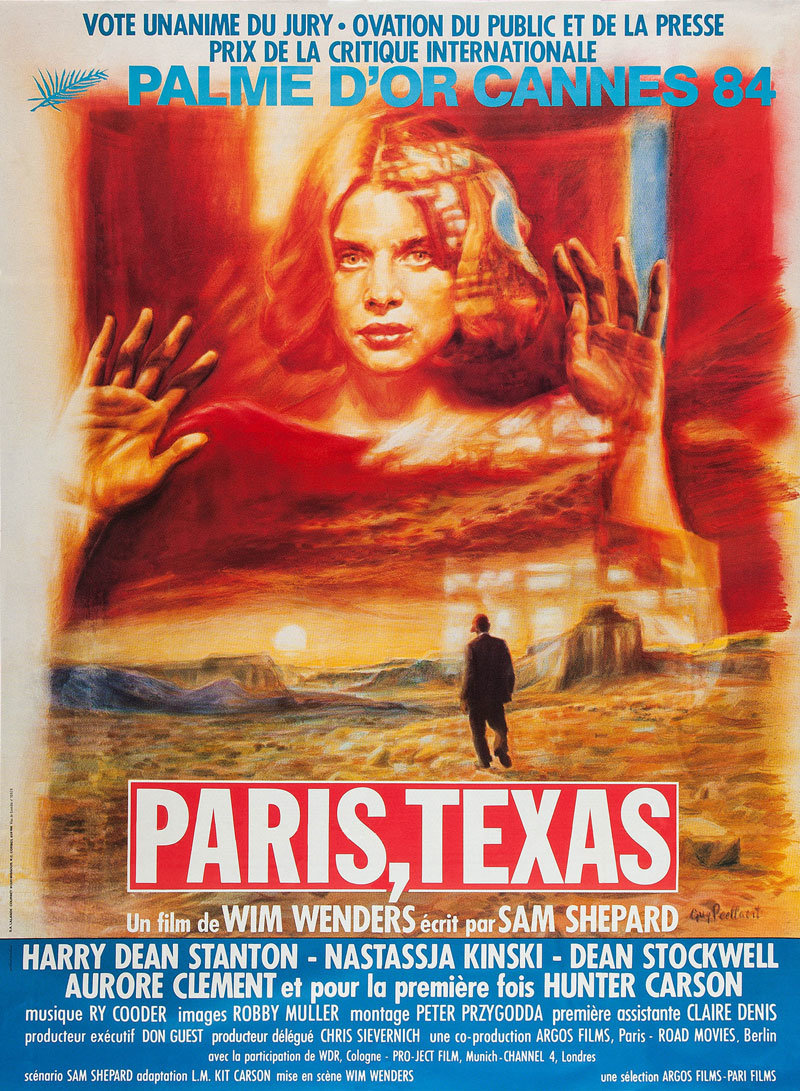 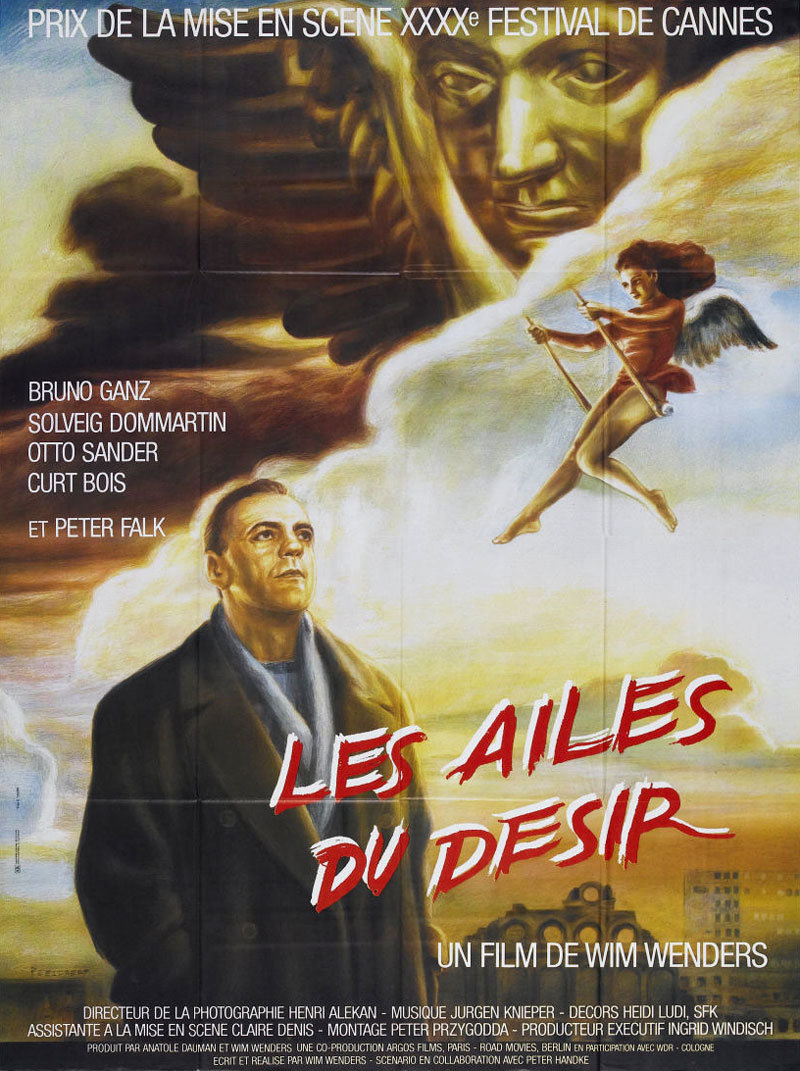