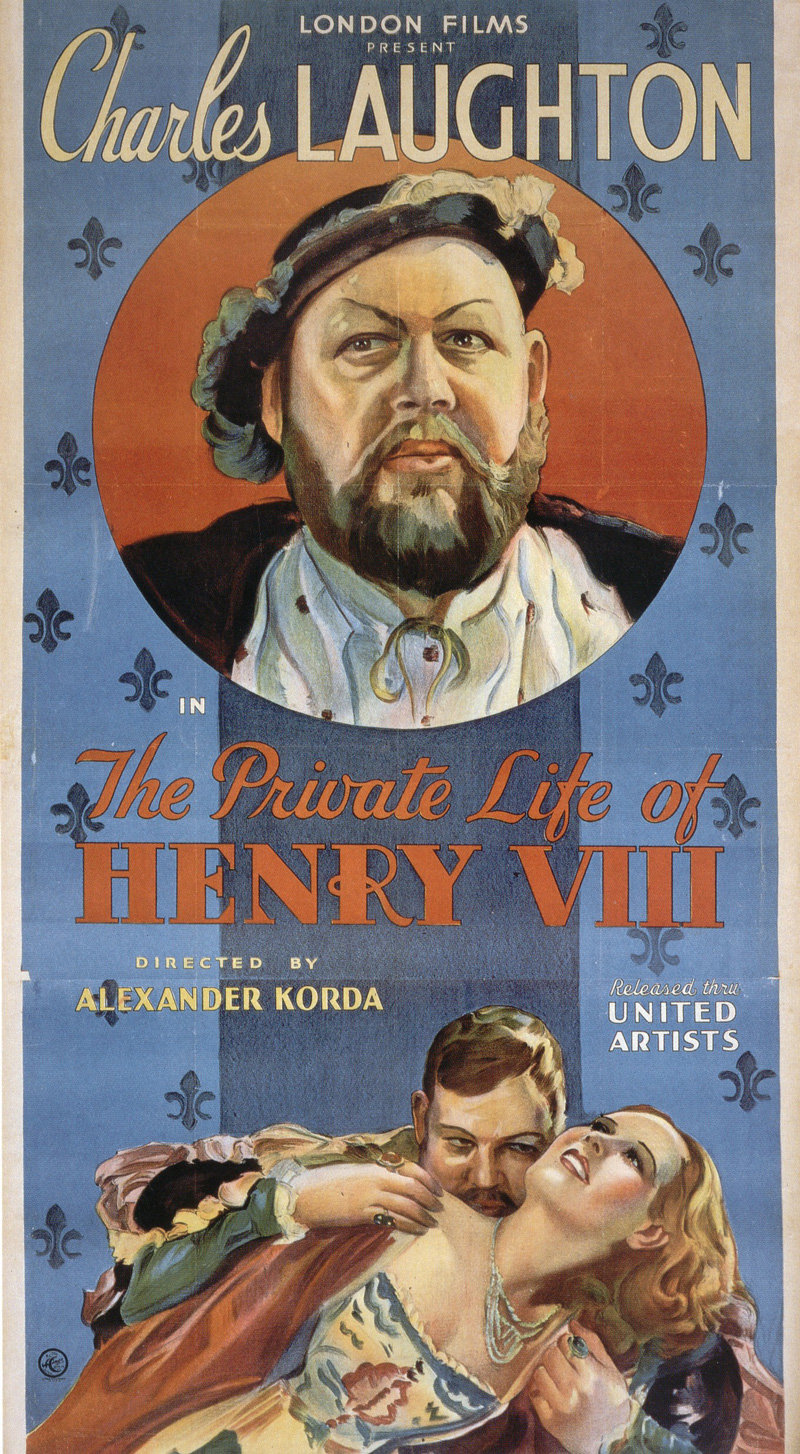 Above: US three-sheet poster for The Private Life of Henry VIII (Alexander Korda, UK, 1933).﻿

The great Charles Laughton may not have been the prettiest of movie stars, but he had a presence that many matinee idols would have killed for (as the current retrospective running at Film Forum will attest). In an era in which glamor was everything﻿, studio marketers may have struggled with how to present Laughton’s unconventional looks and his larger-than-life portrayals of larger-than-life characters﻿ (so many monsters, murderers,  tyrants, or simply overbearing fathers)﻿ to the public. In most of the posters for his most famous film, The Hunchback of Notre Dame (1939), he is all but a silhouette, a spoiler alert to his monstrous transformation as Quasimodo. And in some posters for The Private Life of Henry VIII (1933), the film for which he won his first Oscar, Henry is made to look more like the Hans Holbein portrait of Henry than Laughton himself (the beautiful three-sheet poster above, and the six-sheet below, being major exceptions).

In many of the posters in which he is recognizably Laughtonesque, his wonderful full-lipped, ample cheeked visage looms ominously or dolefully above some beautiful young woman beyond his grasp: Rita Hayworth in Salome (1953), Carole Lombard in White Woman (1933). But then there is the kinder, jollier Laughton too: the Laughton of The Canterville Ghost (1944) or They Knew What They Wanted (1940) or Ruggles of Red Gap (1935).

Towards the end of his career he was often reduced to one of many floating heads in all-star cast﻿s for films like The Bribe (1949), ﻿The Blue Veil (1951), O. Henry’s Full House﻿ (1952) and Spartacus (1960). But when he was allowed to preside regally over the proceedings—from his Nero in The Sign of the Cross (1932) to his hard-drinking patriarch in Hobson’s Choice (1954)—he was a striking presence on paper as well as on film. I’ve collected some of my favorite Laughton posters, the ones in which he is shown in all his glory and the ones which best capture that face, which I present below in chronological order by film. For more on Laughton, Farran Smith Nehme’s eloquent, generous portrait of the man at the Self-Styled Siren is highly recommended. 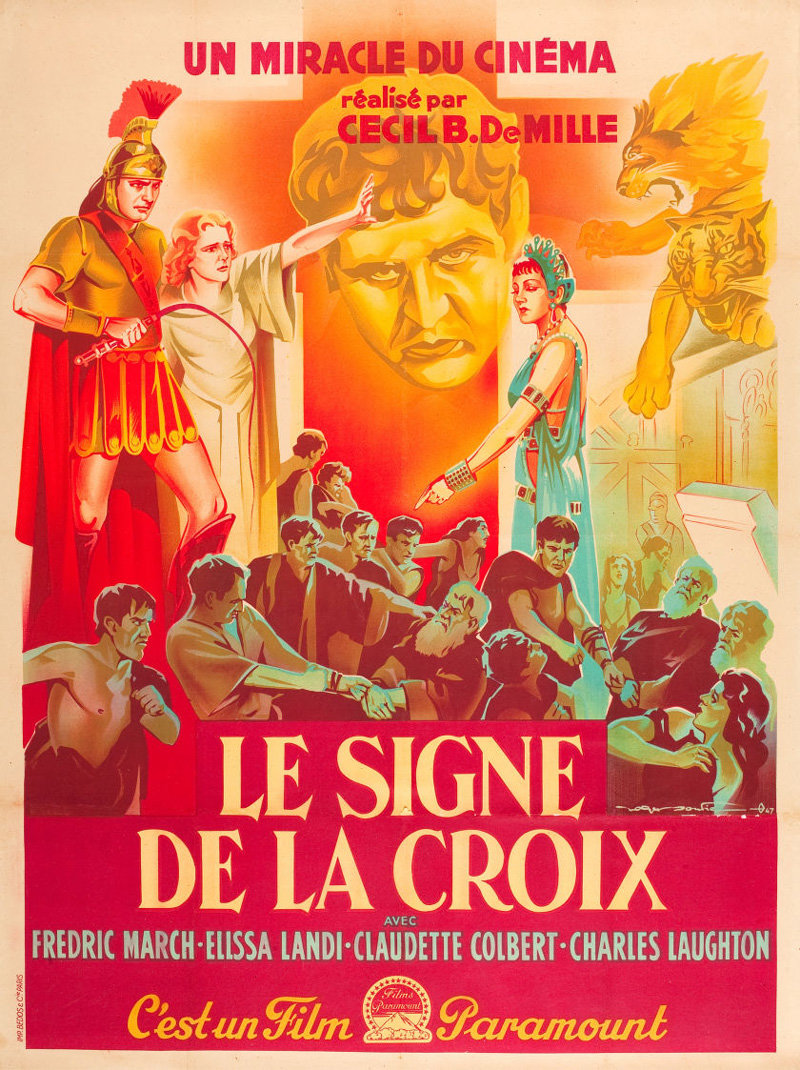 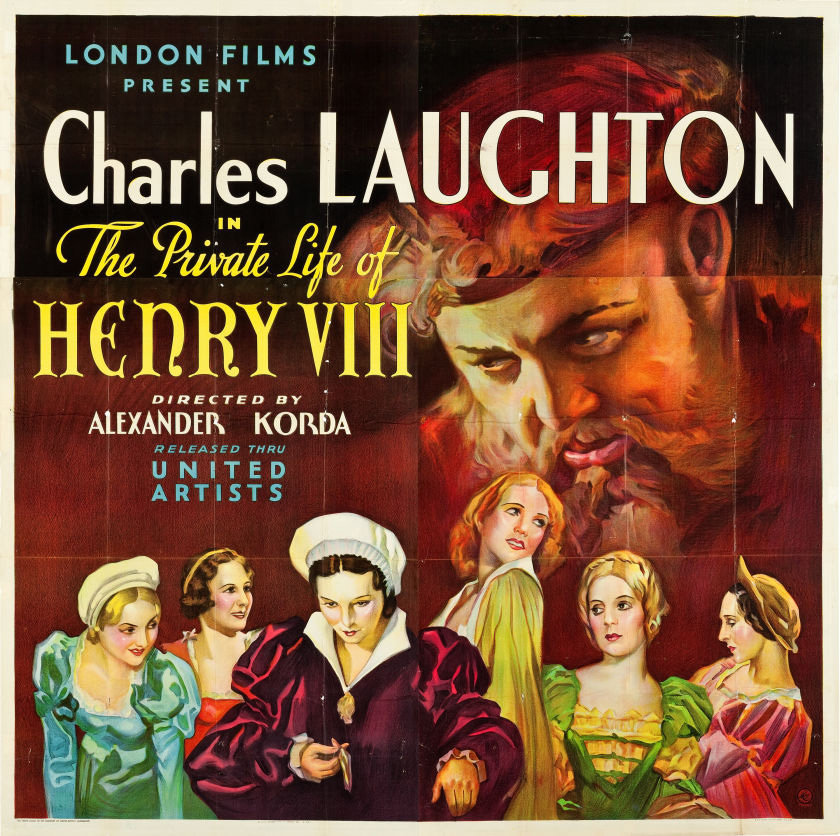 Above: US six-sheet poster for The Private Life of Henry VIII (Alexander Korda, UK, 1933). 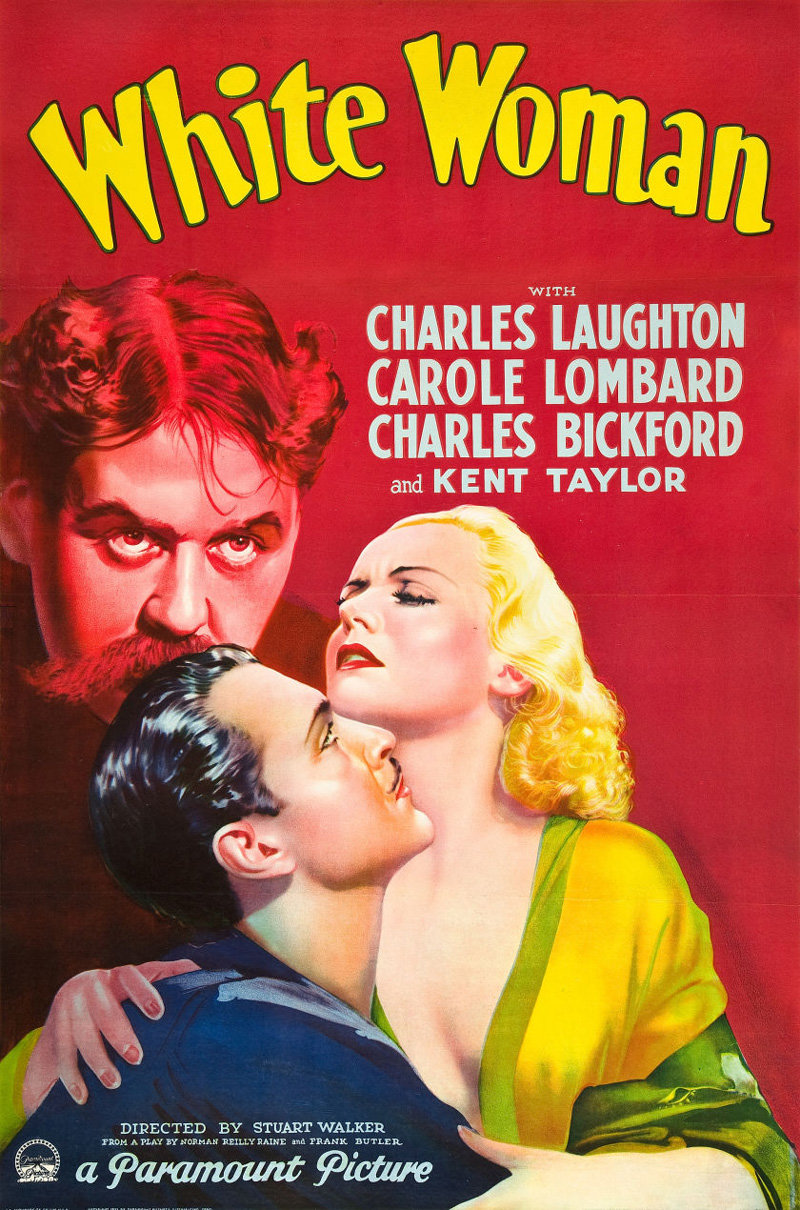 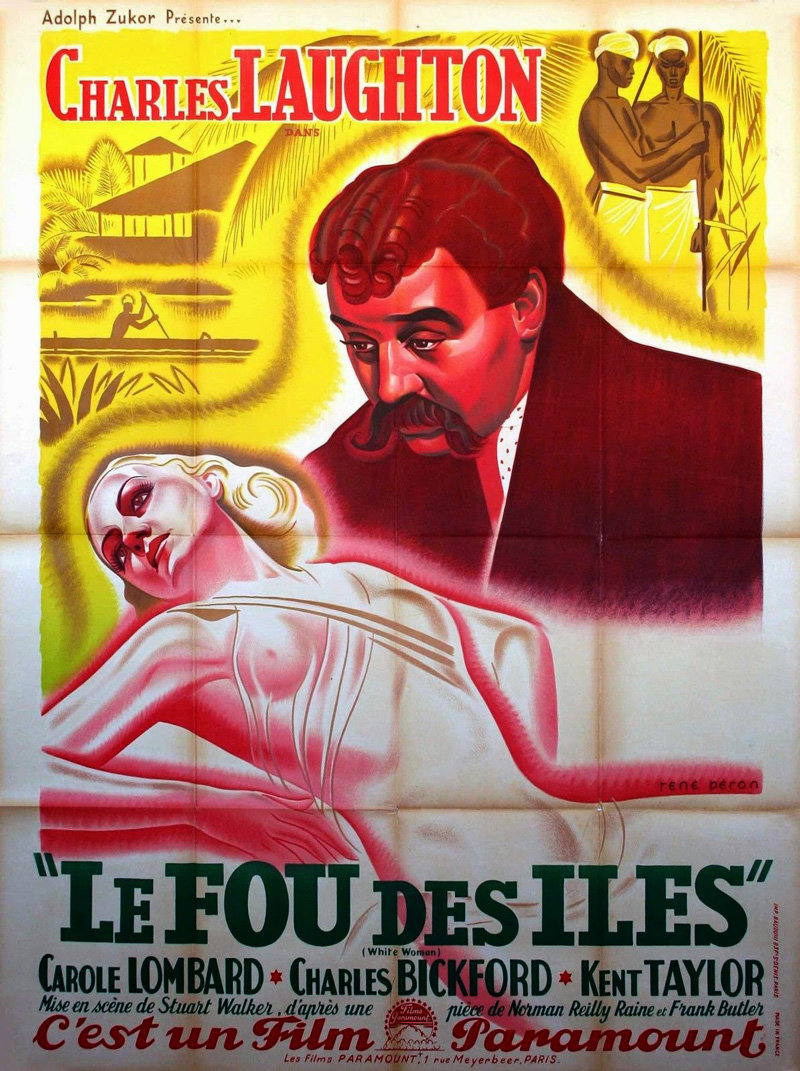 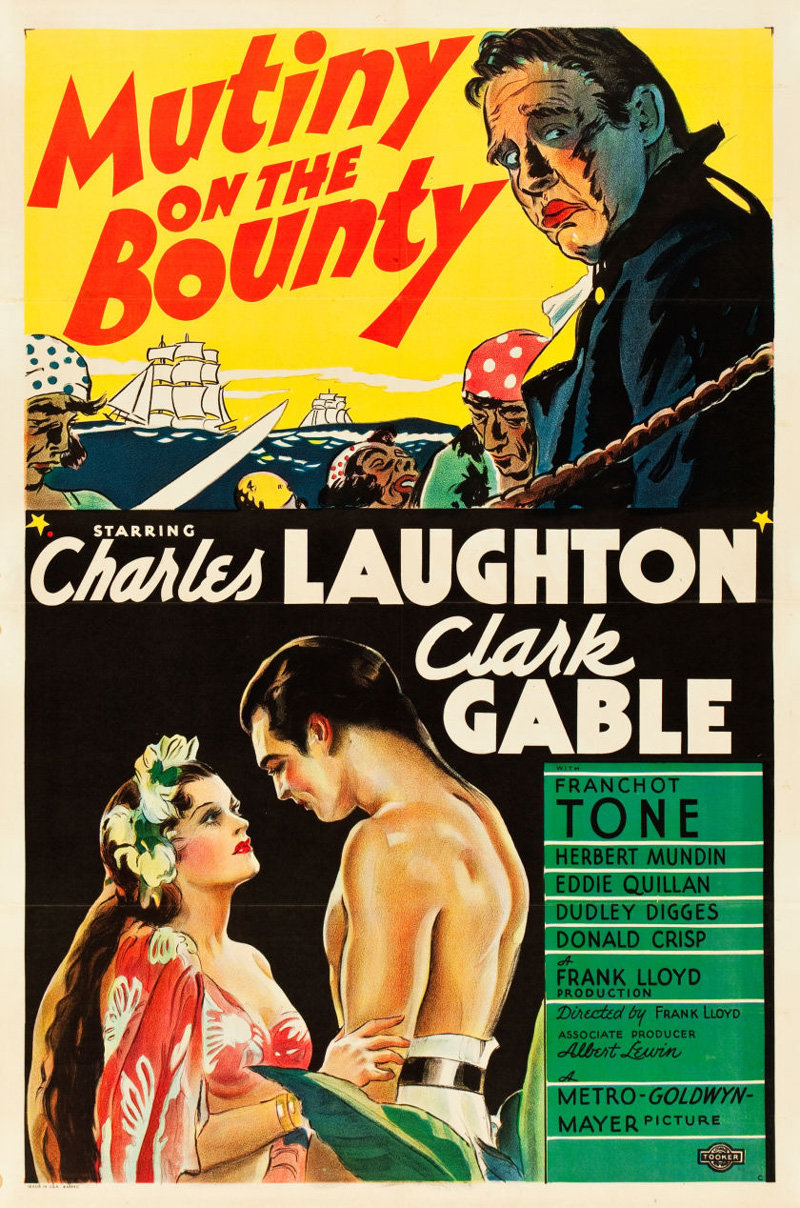 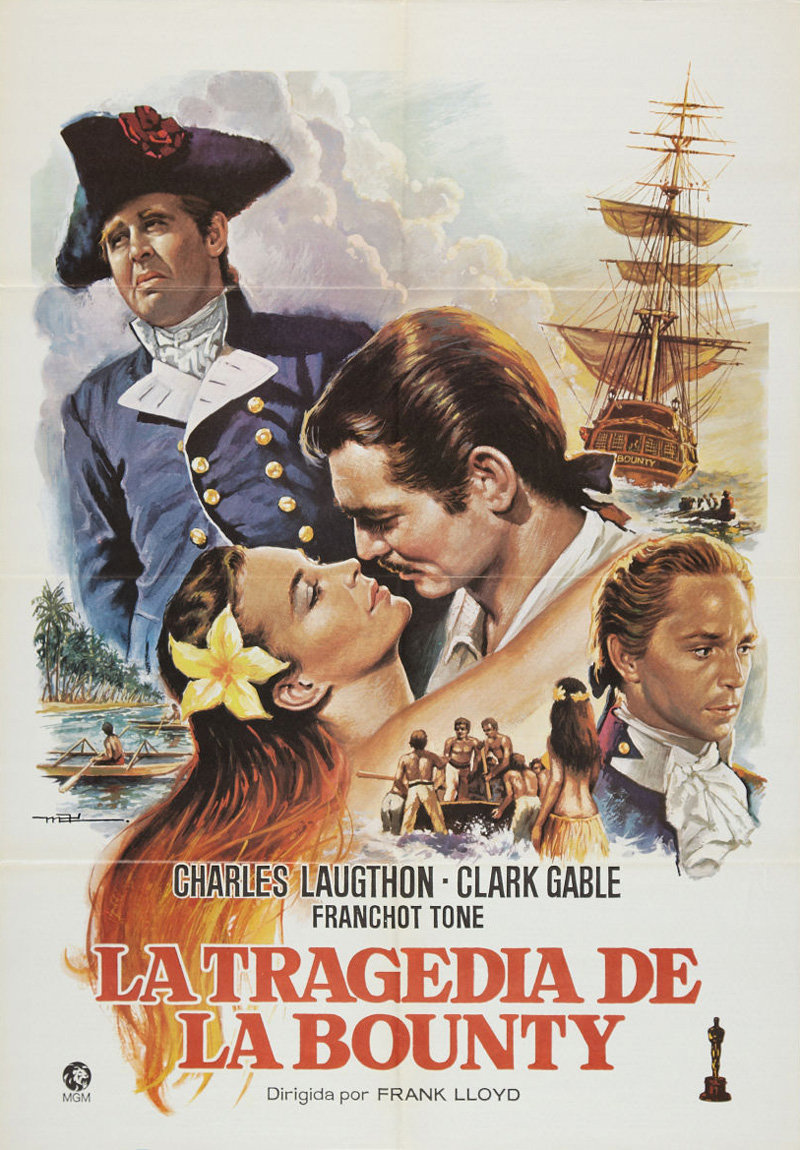 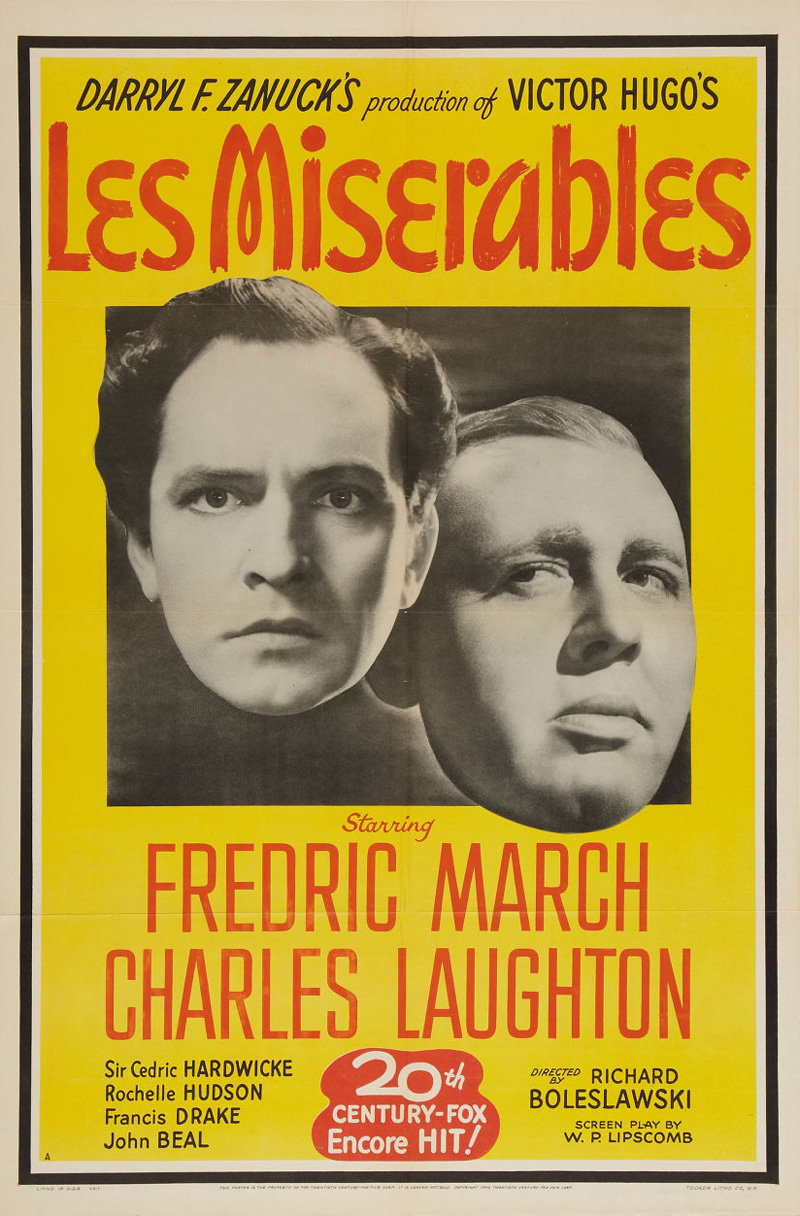 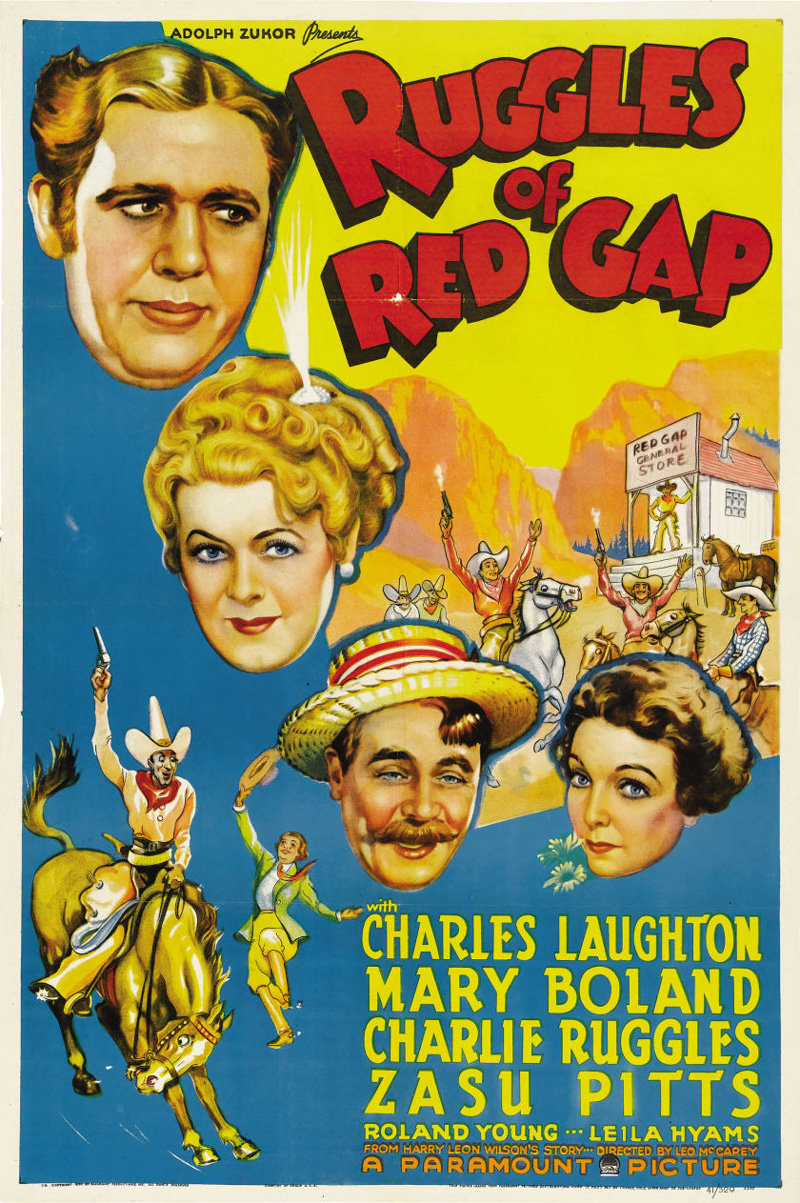 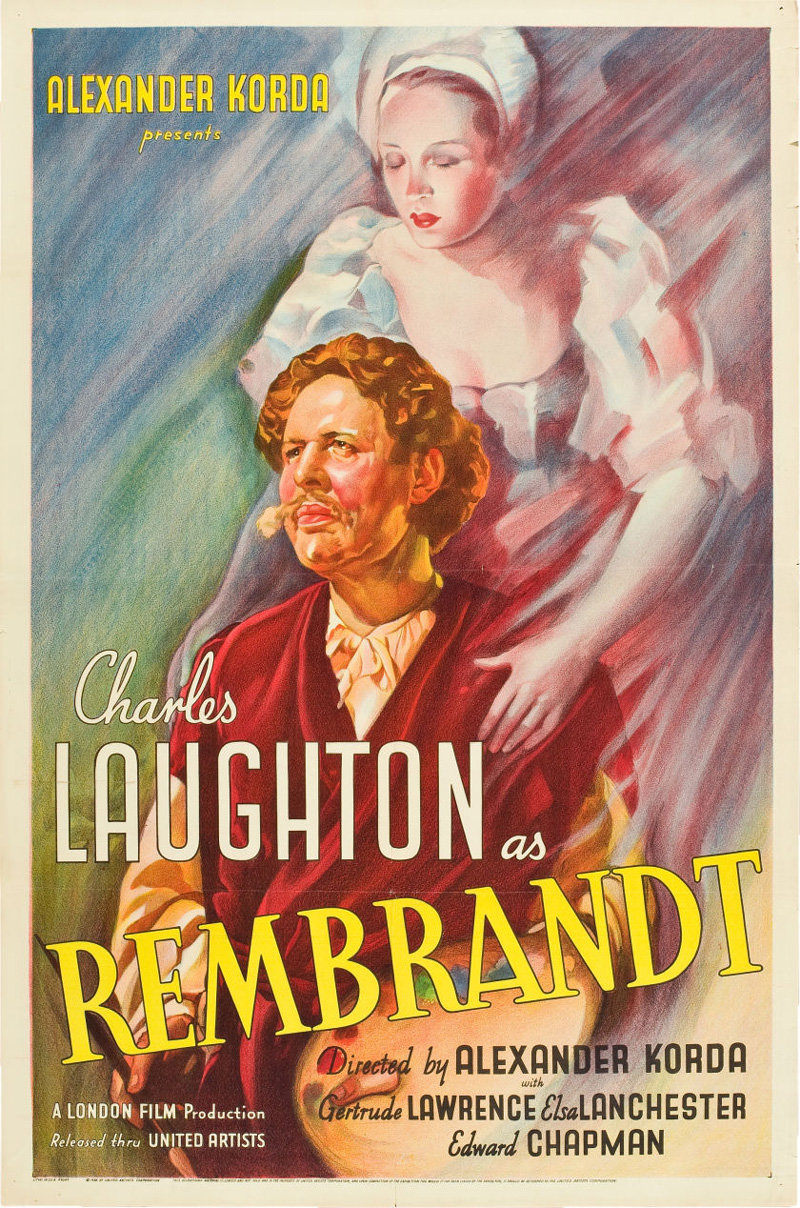 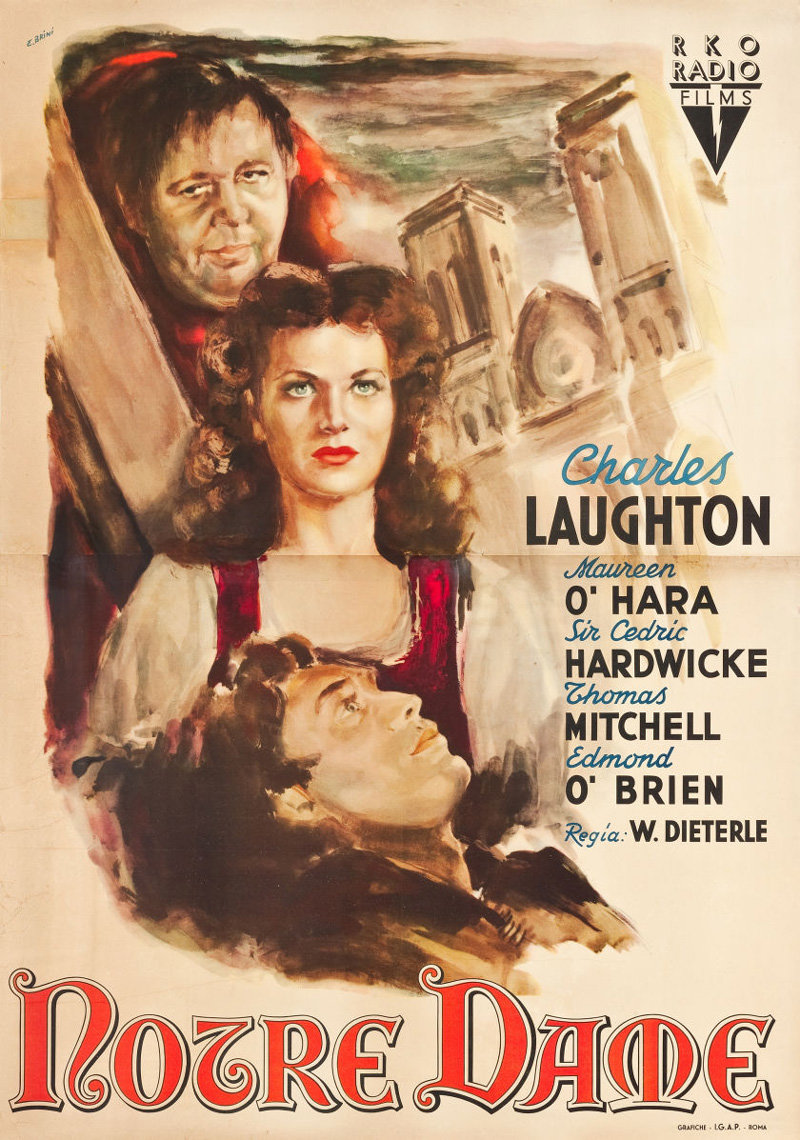 Above: Italian poster for The Hunchback of Notre Dame (William Dieterle, USA, 1939). Art by Ercole Brini. 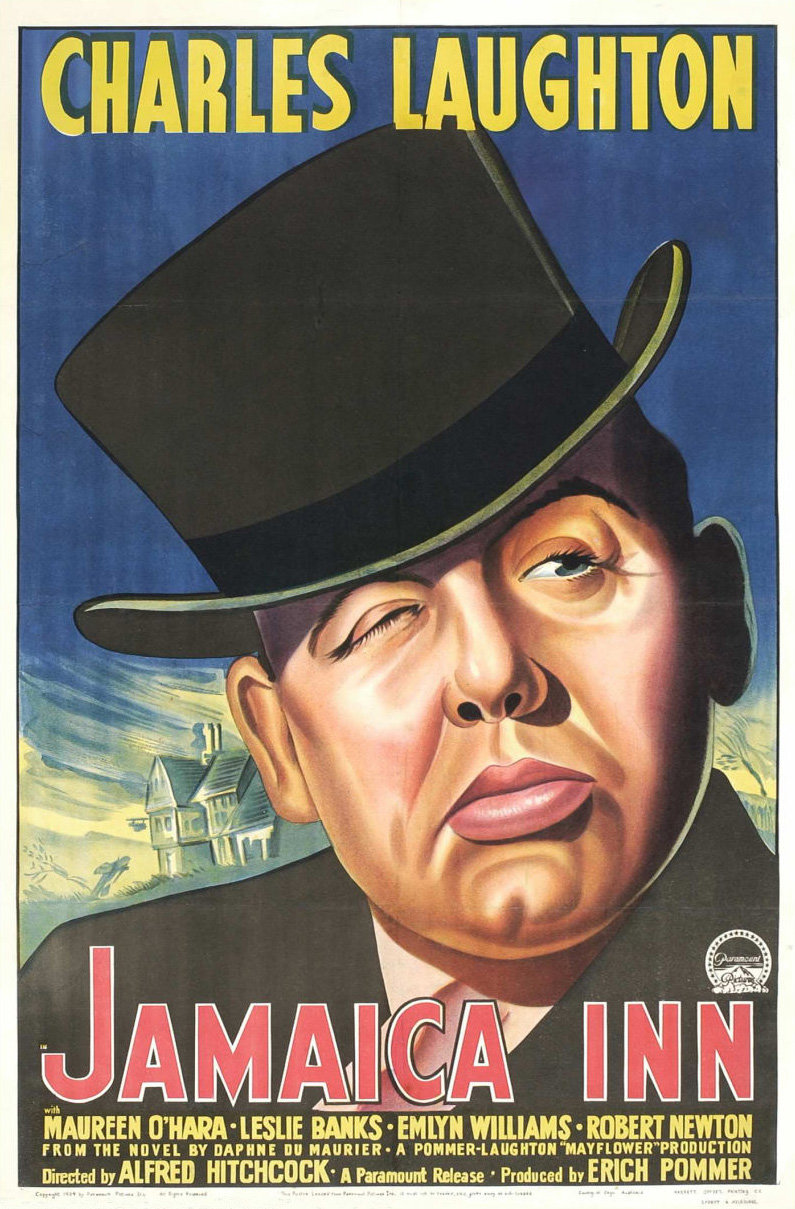 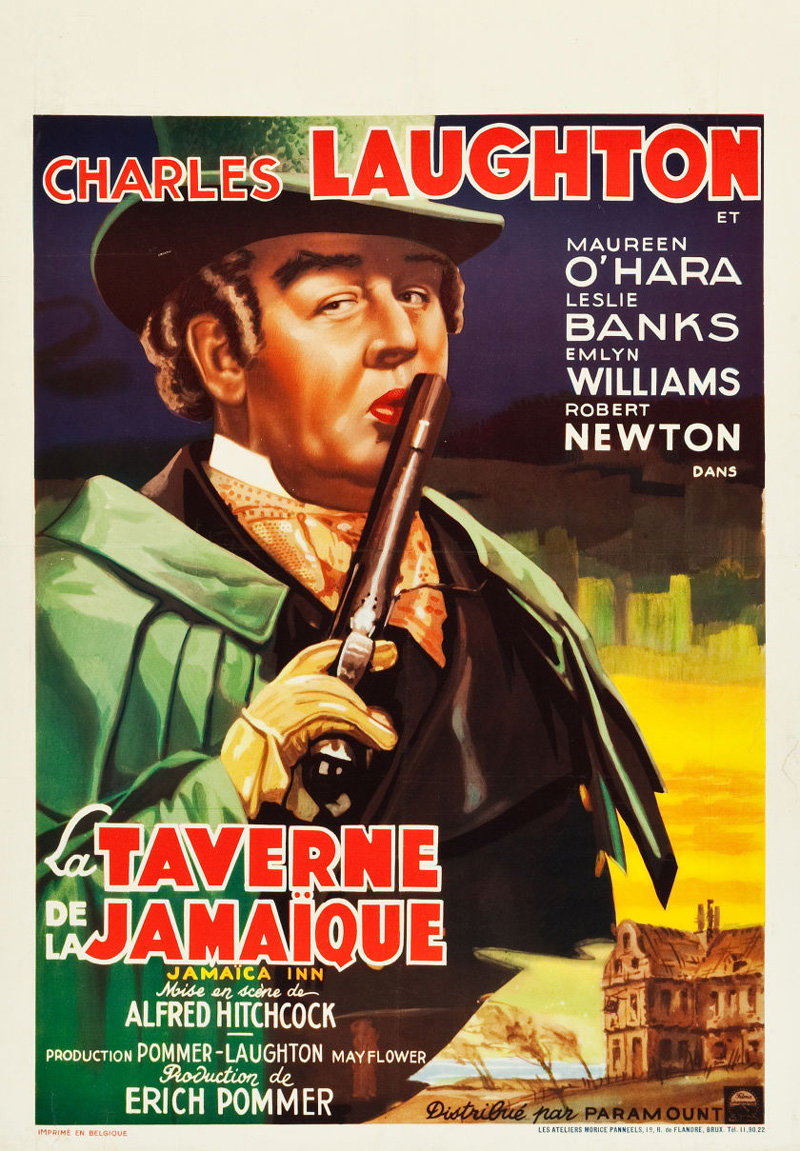 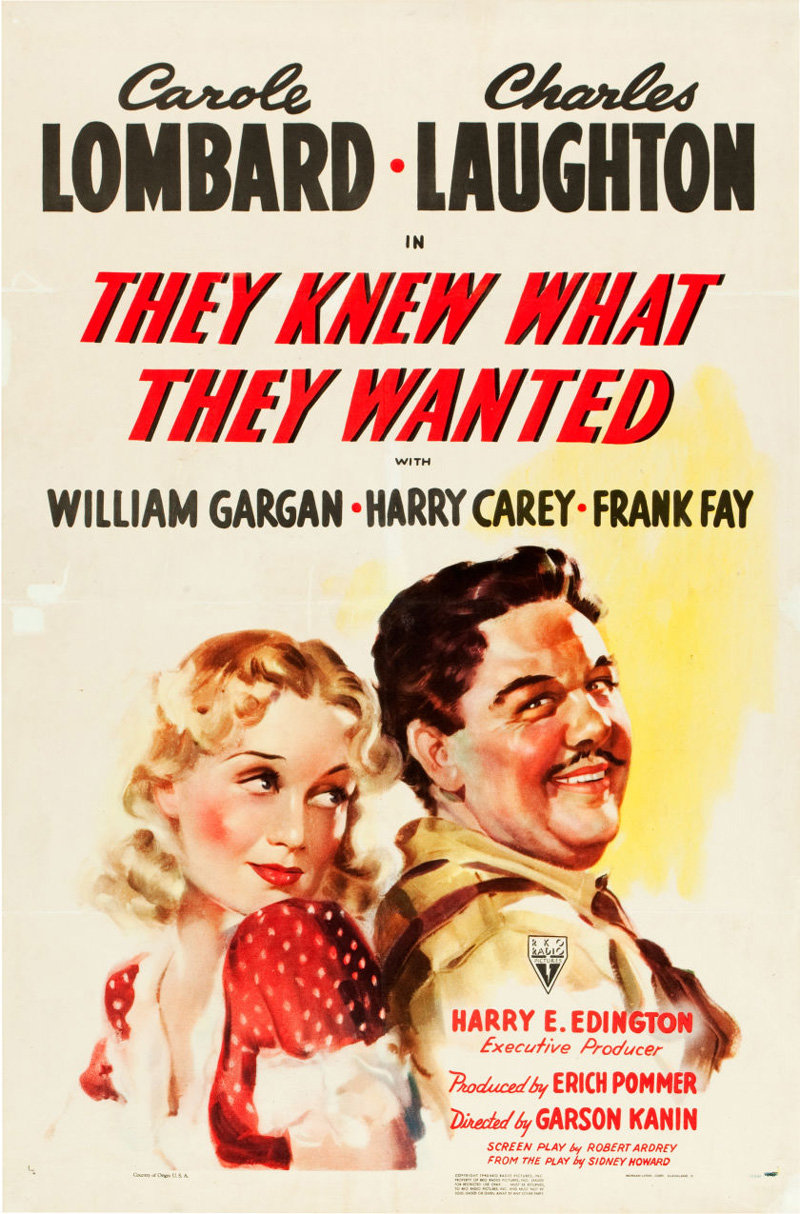 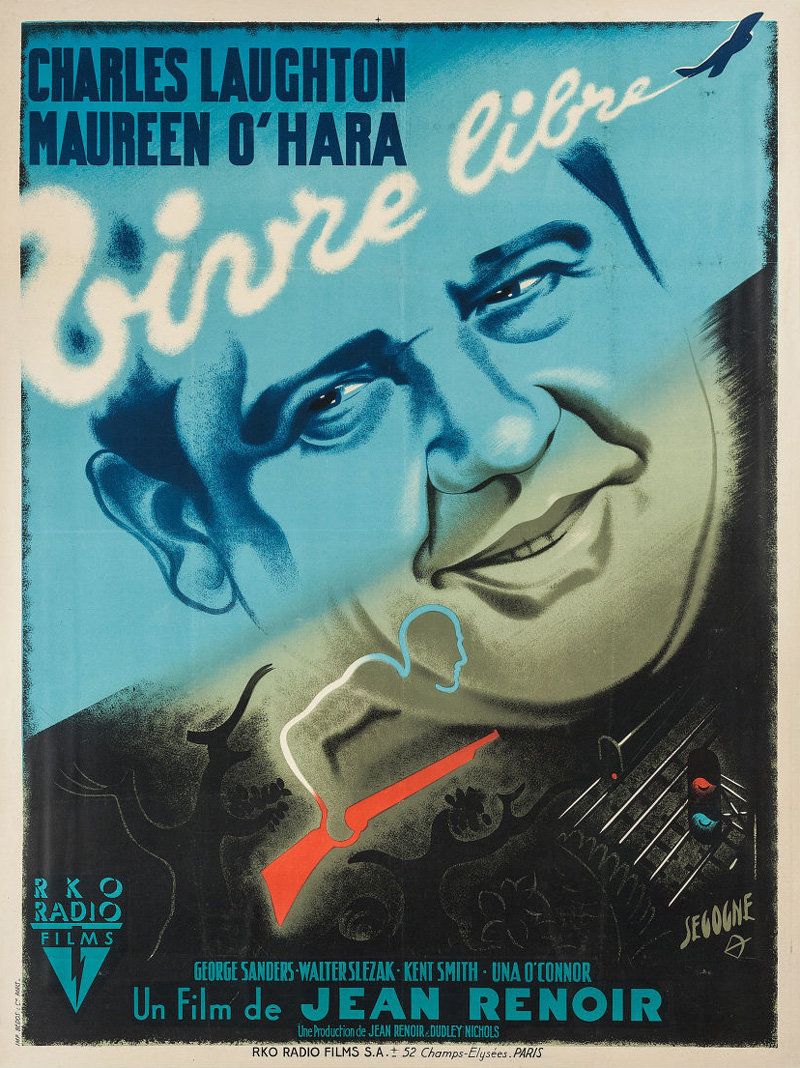 Above: French poster for This Land is Mine (Jean Renoir, USA, 1943). Art by Pierre Segogne. 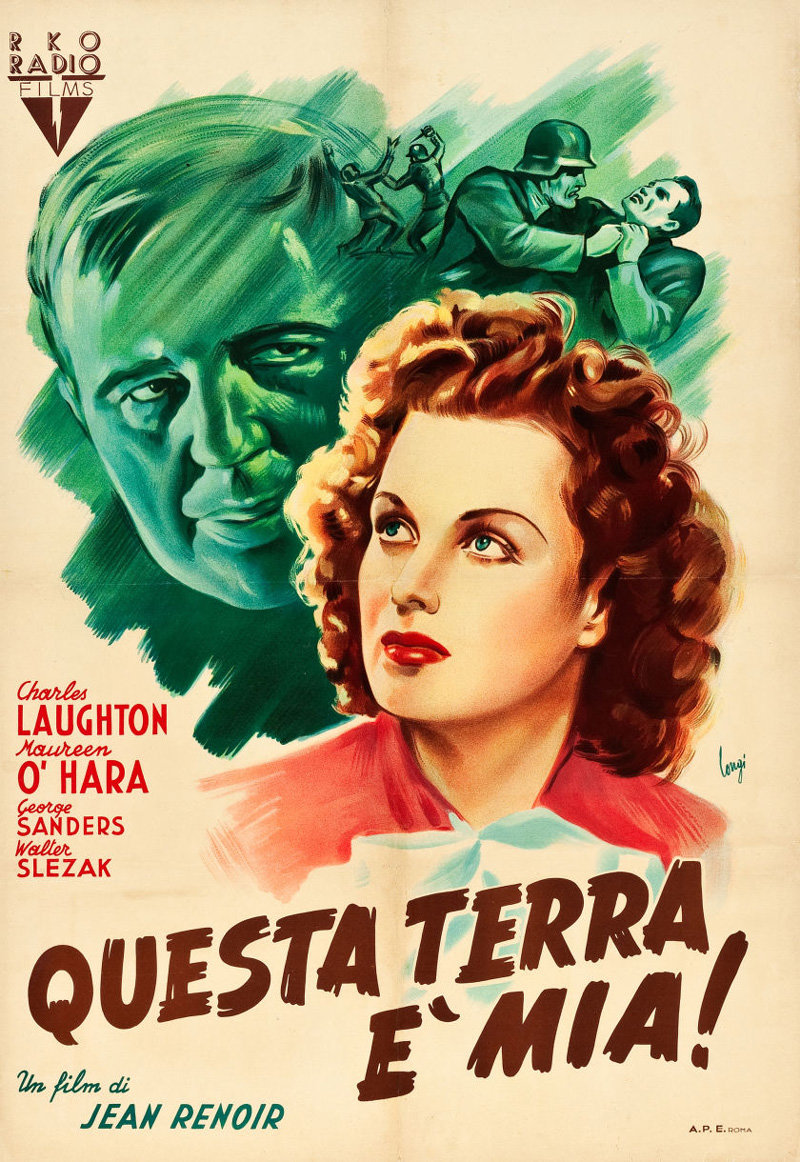 Above: Italian poster for This Land is Mine (Jean Renoir, USA, 1943). Art by Carlantonio Longi.﻿ 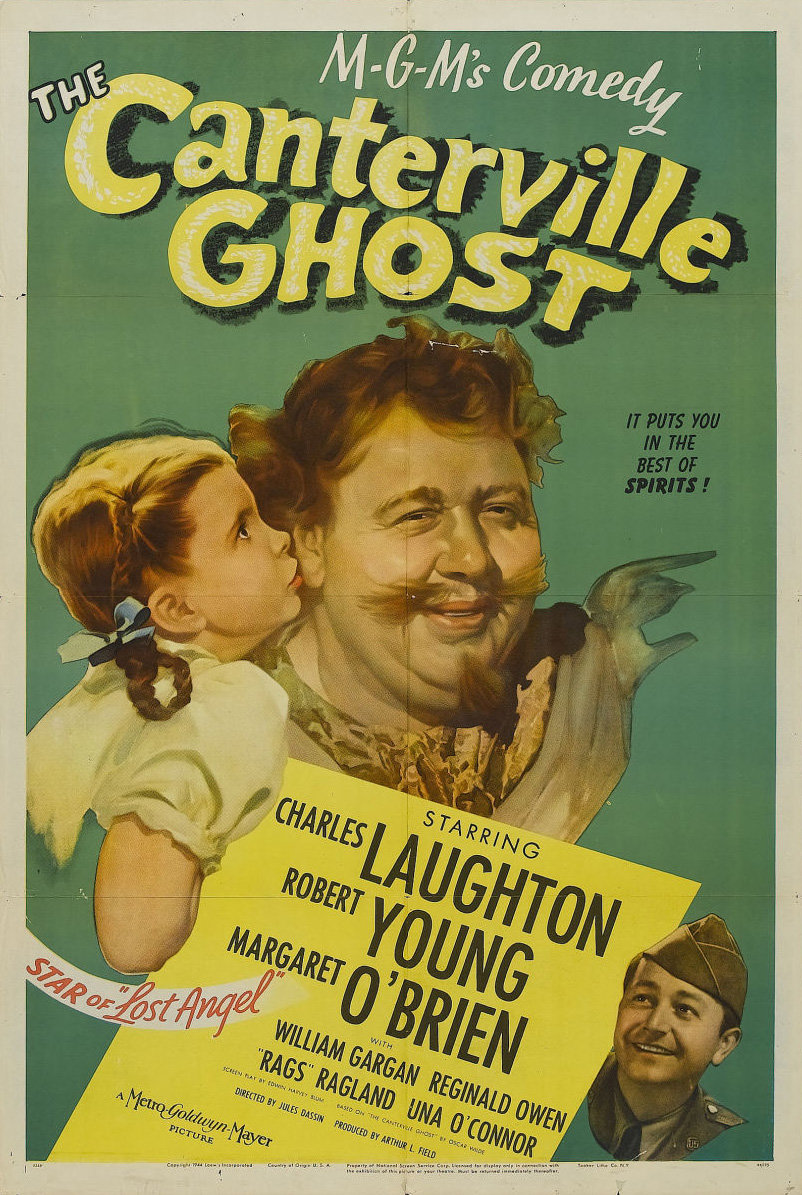 Above: US one sheet for The Canterville Ghost (Jules Dassin, USA, 1944). 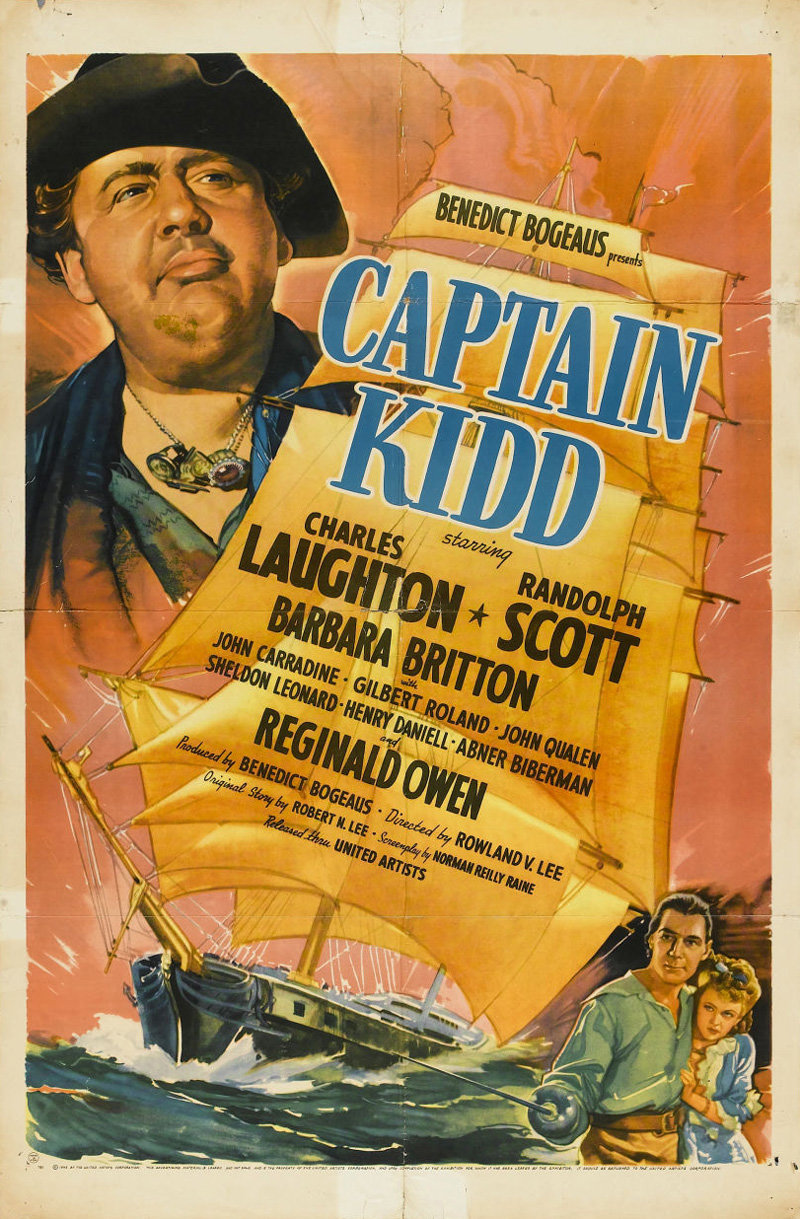 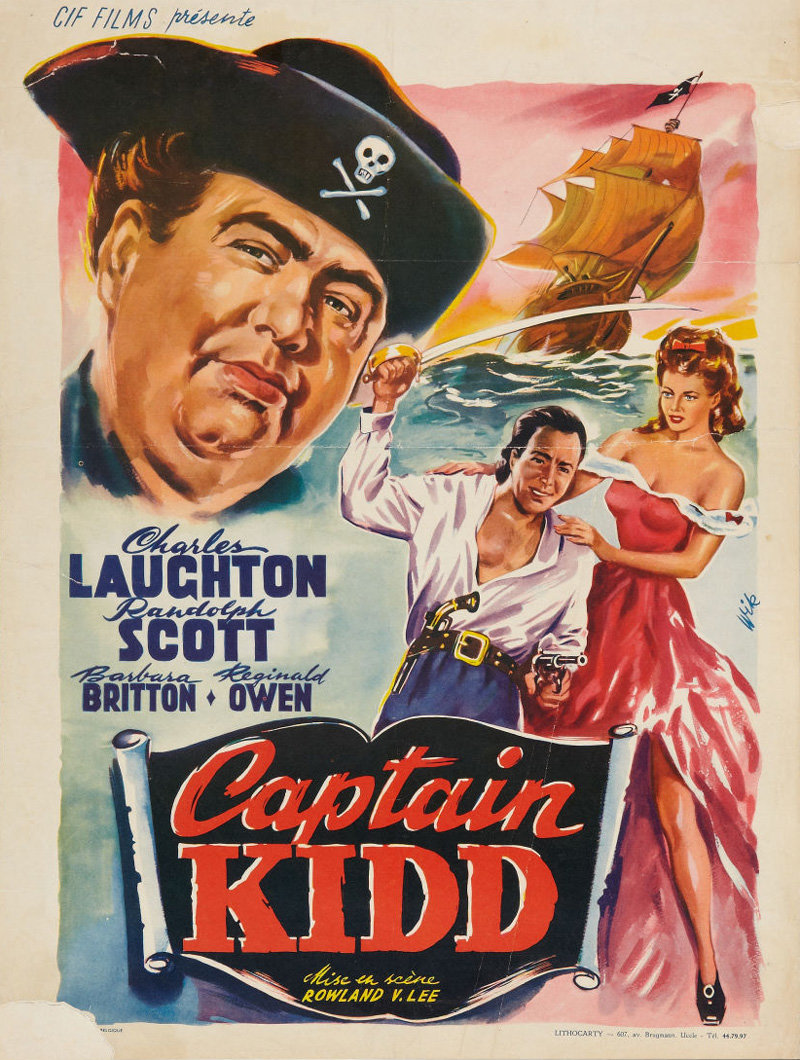 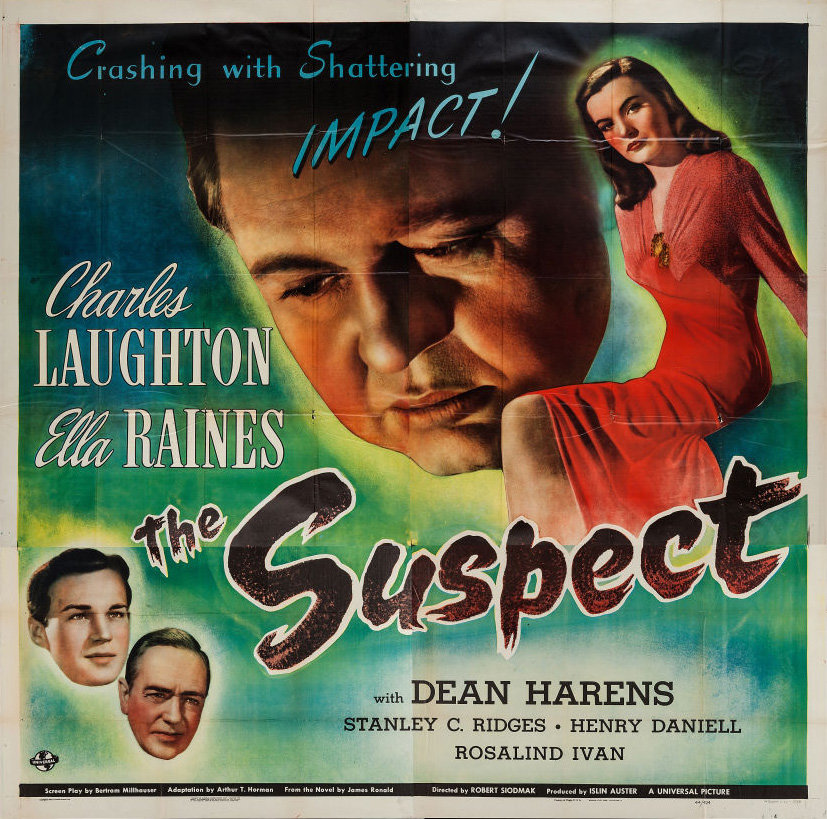 Above: six sheet US poster for The Suspect (Robert Siodmak, USA, 1945). 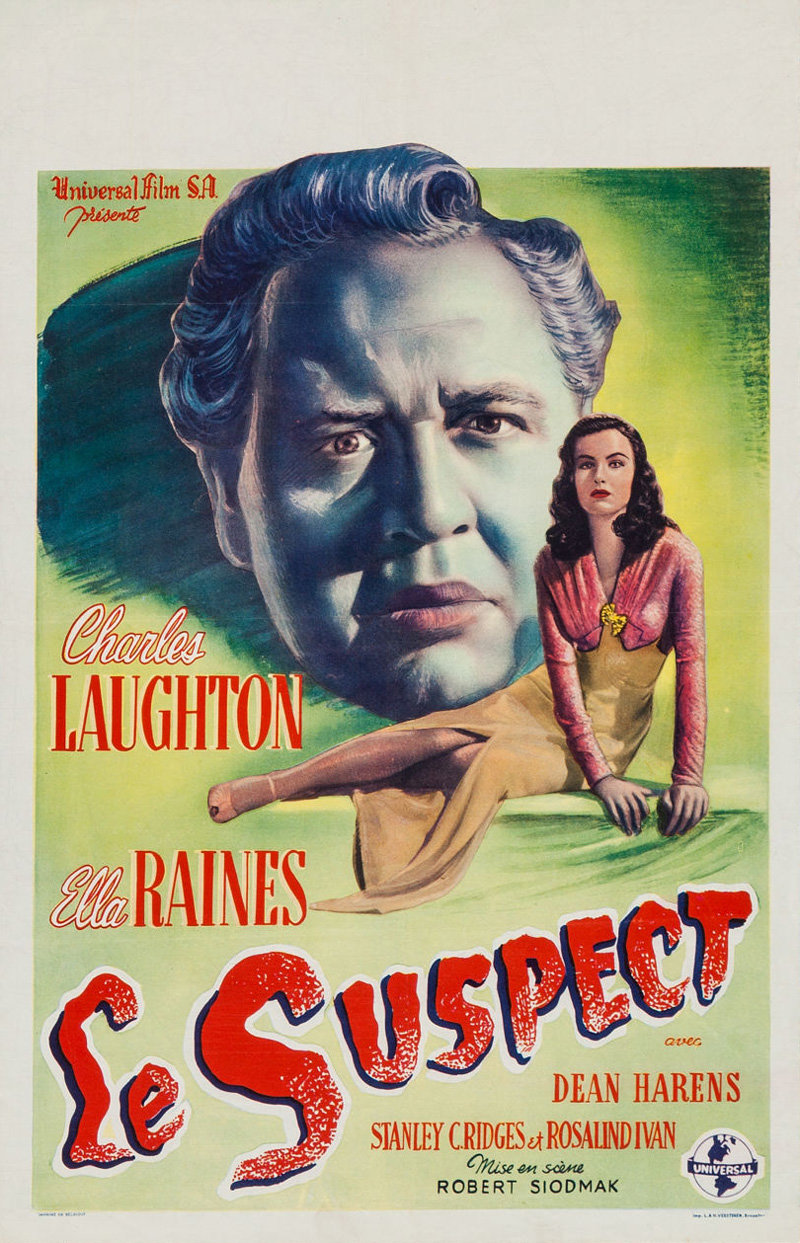 Above: Belgian poster for The Suspect (Robert Siodmak, USA, 1945).﻿ 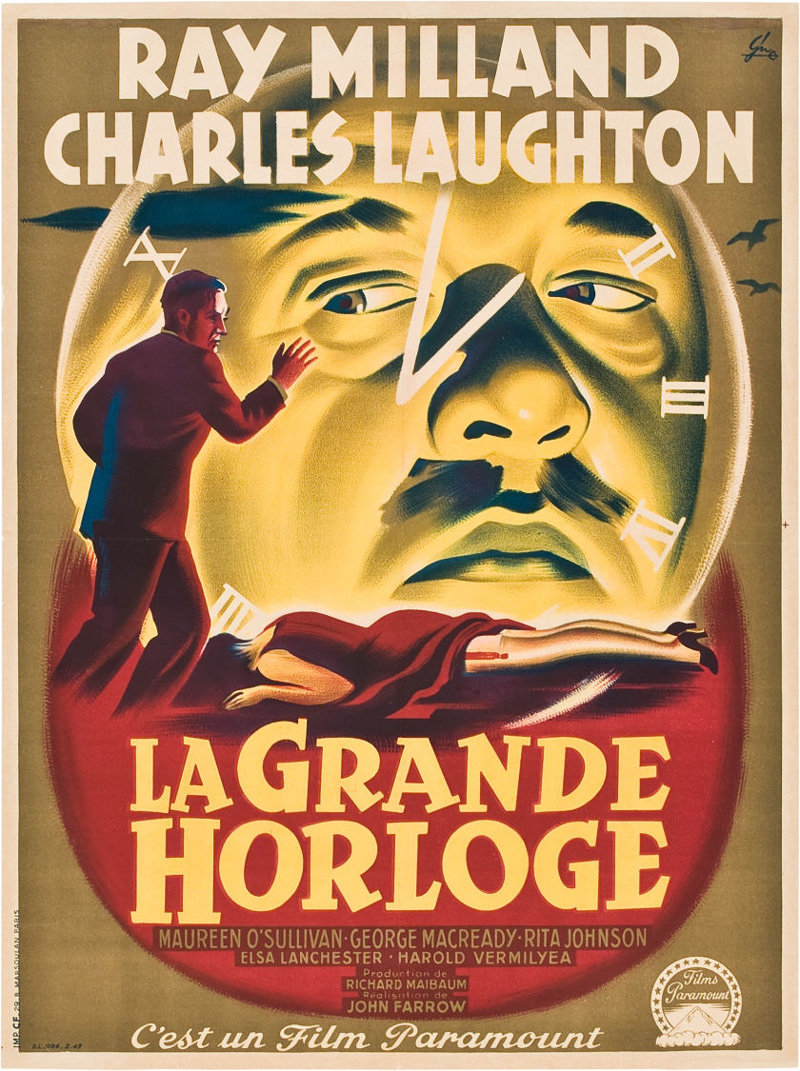 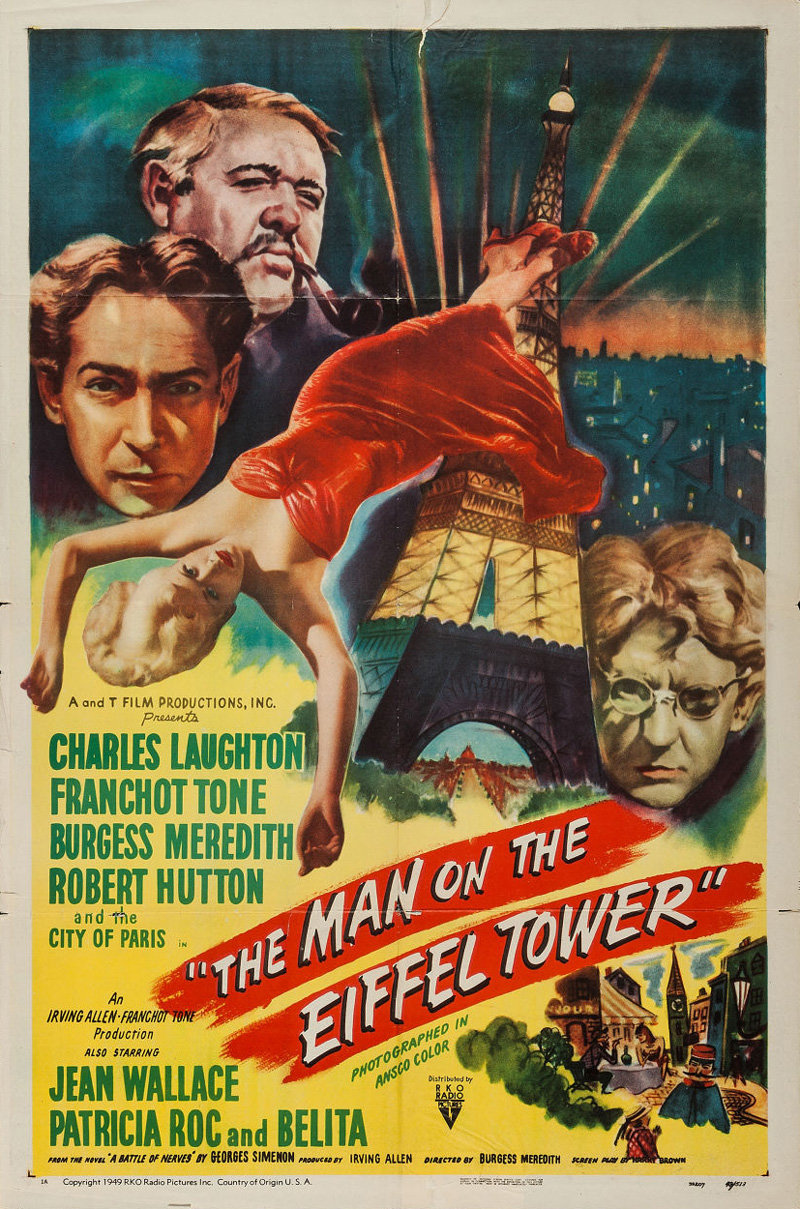 Above: US one sheet for The Man on the Eiffel Tower (Burgess Meredith, USA, 1950). 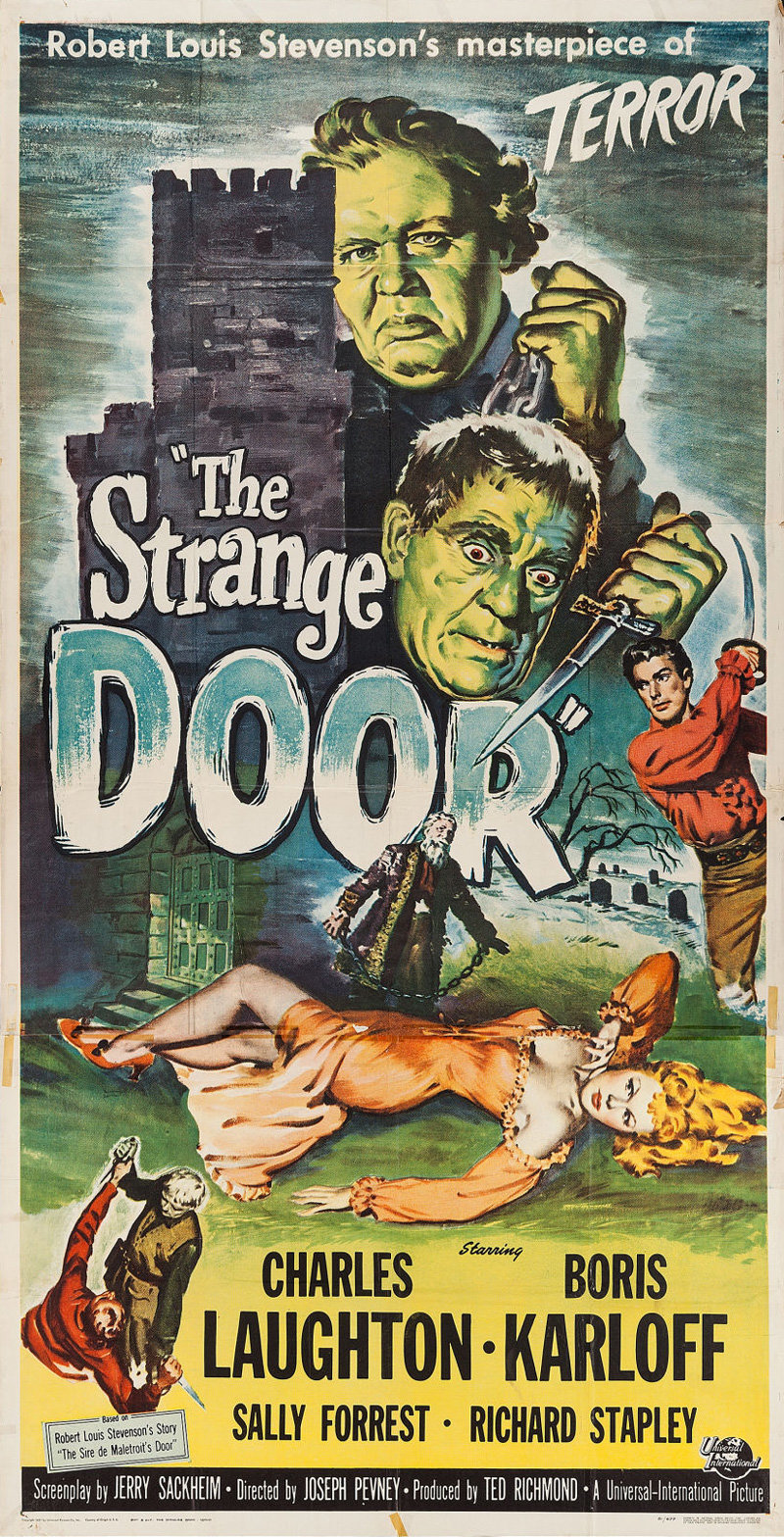 Above: US three-sheet for The Strange Door (Joseph Pevney, USA, 1951). 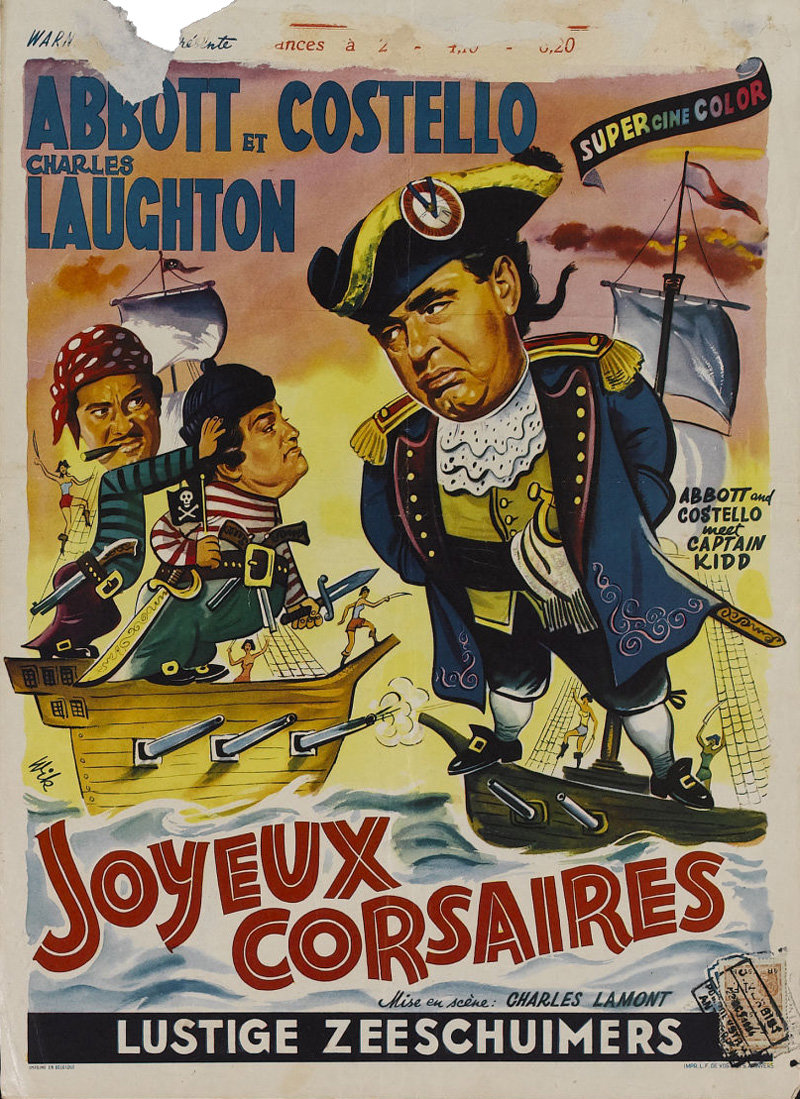 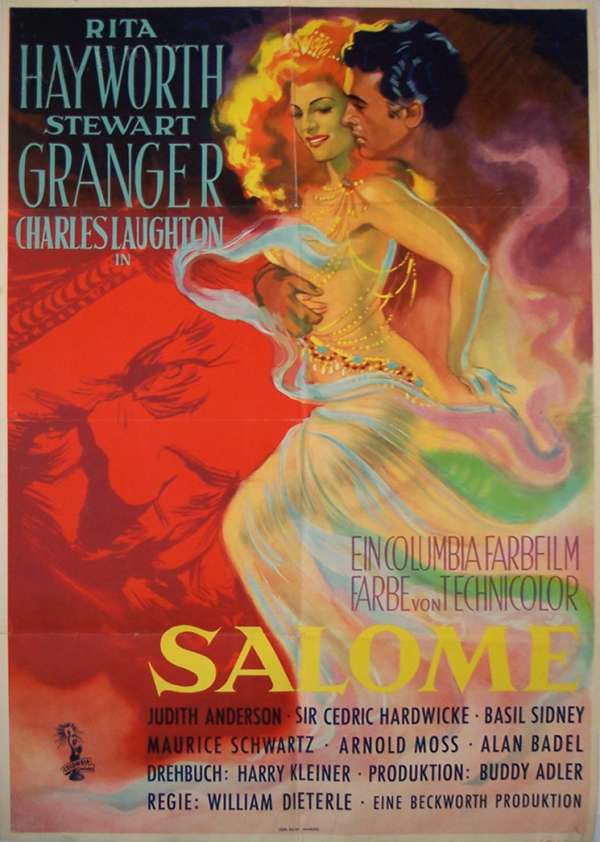 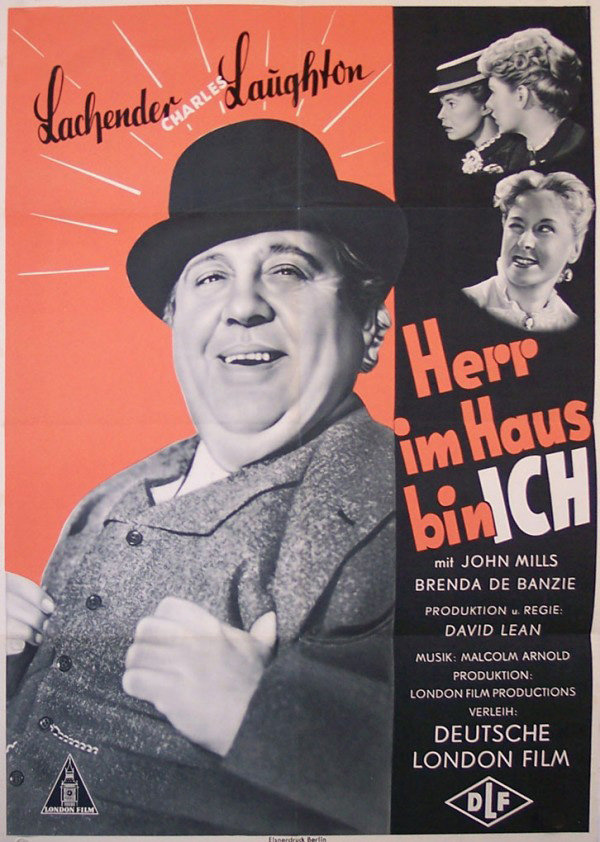 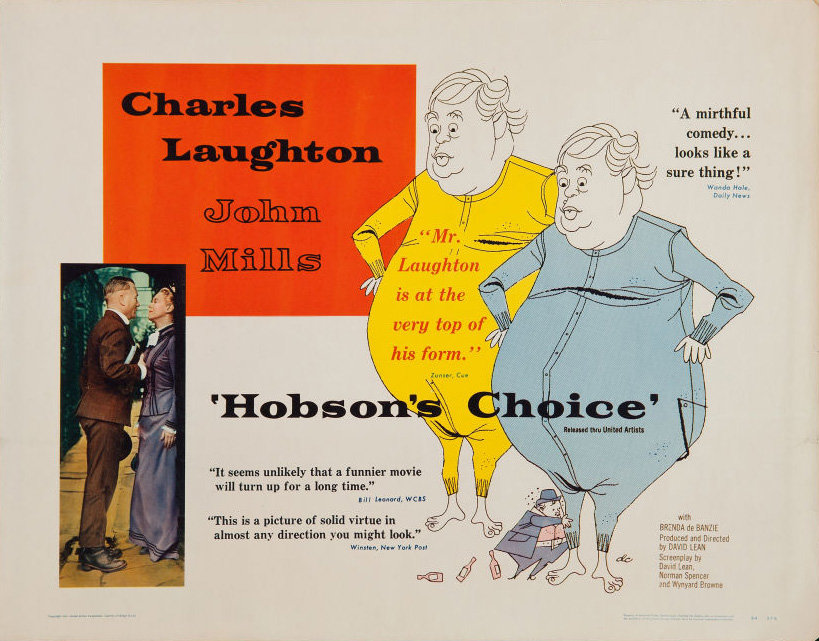 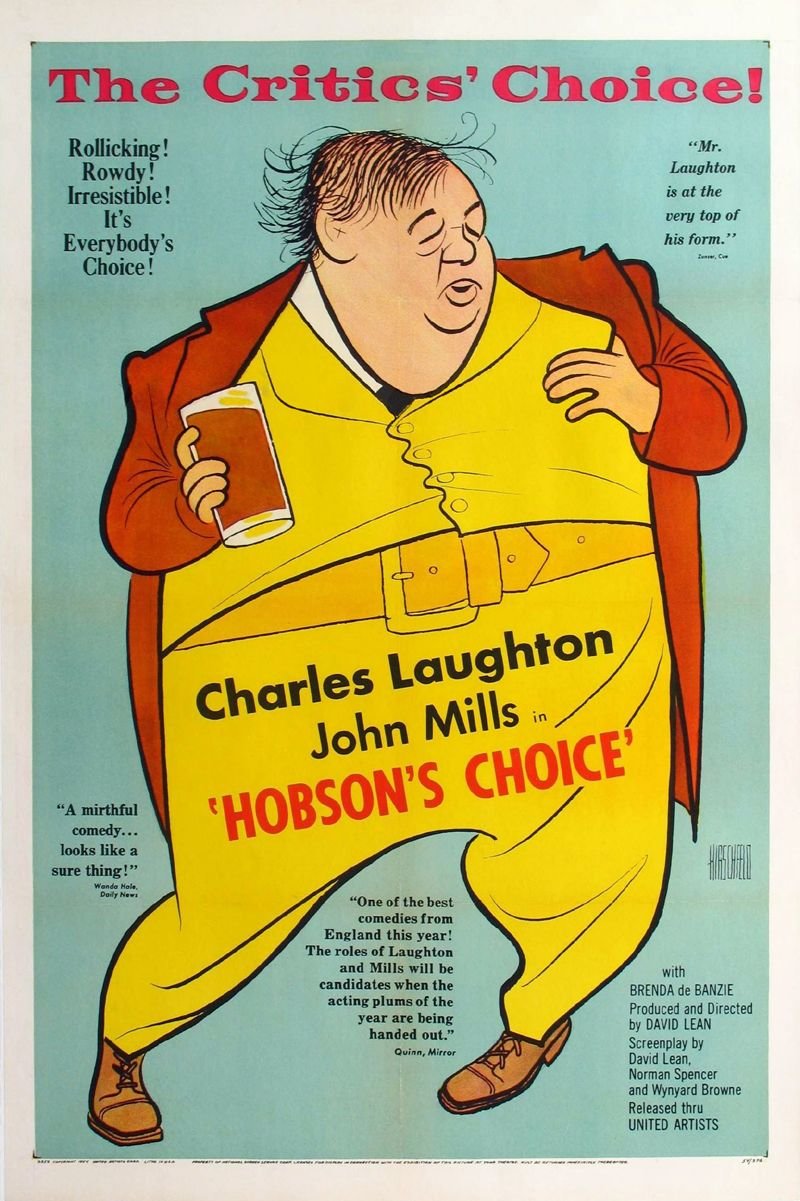 Above: US one sheet for Hobson’s Choice (David Lean, UK, 1954).﻿﻿ Caricature by Al Hirschfeld.