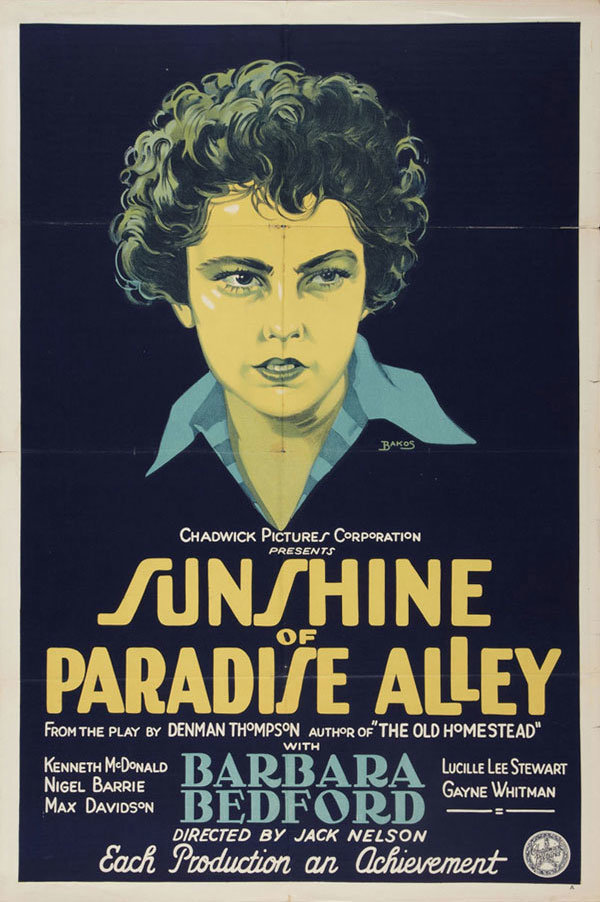 This 1926 poster for a little-known tenement-set silent drama Sunshine of Paradise Alley grabbed my attention recently. Though it conforms to a lot of the conventions of 1920s movie posters, especially in the billing, there is something ineffably not-of-its period about the image. Maybe it’s the coloring (that yellow face, reminiscent in its oddity of Tretchikoff’s Chinese Girl, painted 26 years later) or maybe it’s the tousled hair of star Barbara Bedford, so unlike 1920s movie star styles. And then there’s that beautiful title treatment (the same color as the face) with its unconventional “S”s and stacked “L”s.

Another unusual aspect of the poster is that it is signed—a quite uncommon occurrence in the 20s. (I wrote previously about Henry Clive who was an exception to the rule). The artist was Josef Bakos (1891-1977), a New York-born son of Polish immigrants who was a founding member of “Los Cinco Pintores,” a modernist art group based in Santa Fe, founded in 1921. Though Bakos’ landscapes and even his portraits (some of which can be seen here) are heavily influenced by Cezanne, and though the paintings of Los Cinco Pintores sparked public outrage in New Mexico for their modernity, his Sunshine poster, of course a commercial assignment, is more traditional, despite how modern it looks today.

Paradise Alley itself ran between the double tenement of Gotham Court also known as “Sweeney’s Shambles,” apparently one of the worst tenements in New York history (it was just off Cherry Street which runs parallel to the waterfront between the Brooklyn and Manhattan Bridges). “The Sunshine of Paradise Alley” was originally an 1886 Broadway play by Denman Thompson, as well as a popular vaudeville song. In the film, made 40 years later, a wealthy banker wants to tear down the tenements to build a factory but “Sunshine” O’Day, played by Bedford, uses her charms to persuade him to change his mind. Though a noted landscape artist, and though making a poster for a very site-specific film, Bakos chose not to paint a background of tenement buildings or a New York skyline, instead concentrating entirely on his star.

Barbara Bedford was born Violet Rose (which strikes me as more of a movie star name than Barbara Bedford) in Wisconsin in 1900. From 1920 to 1935 she made some 70 films, the most notable being The Last of the Mohicans (1920), Tumbleweeds (1925) and Tol’able David (1930), but her career declined with the coming of sound and she spent ten years working as an MGM extra in uncredited roles. Her final role was as a “USO Manager” in Minnelli’s 1945 masterpiece The Clock and she died in Jacksonville, Florida, 36 years after her last film, at the age of 81. I’ve only been able to find a couple of other posters featuring Bedford, for a pair of tabloid-titled films: The Port of Missing Girls (1928) and (not its sequel) Found Alive (1933). 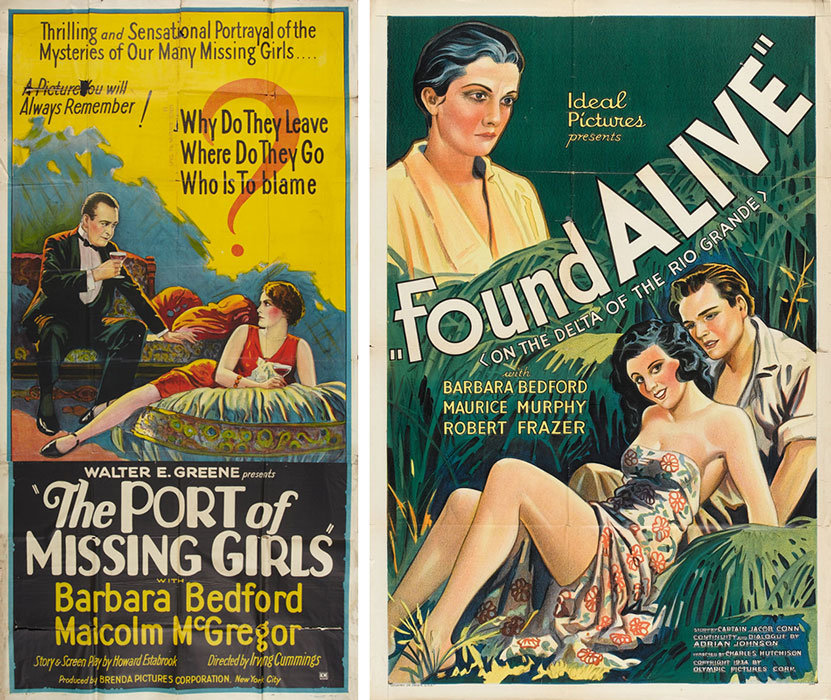 I’ve also only been able to find one other poster painted by Josef Bakos: this window insert for Frank Capra’s 1927 Harry Langdon vehicle, Long Pants. 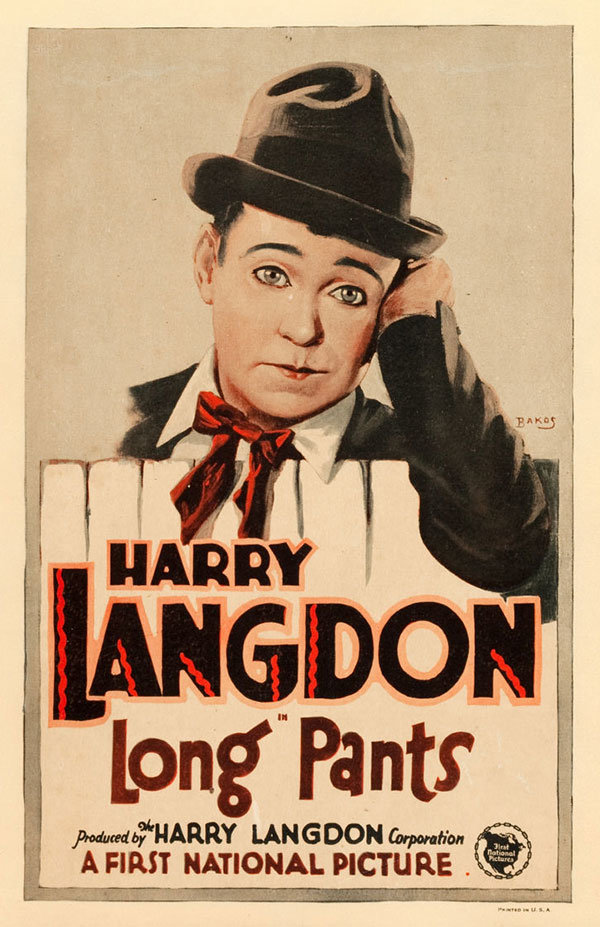