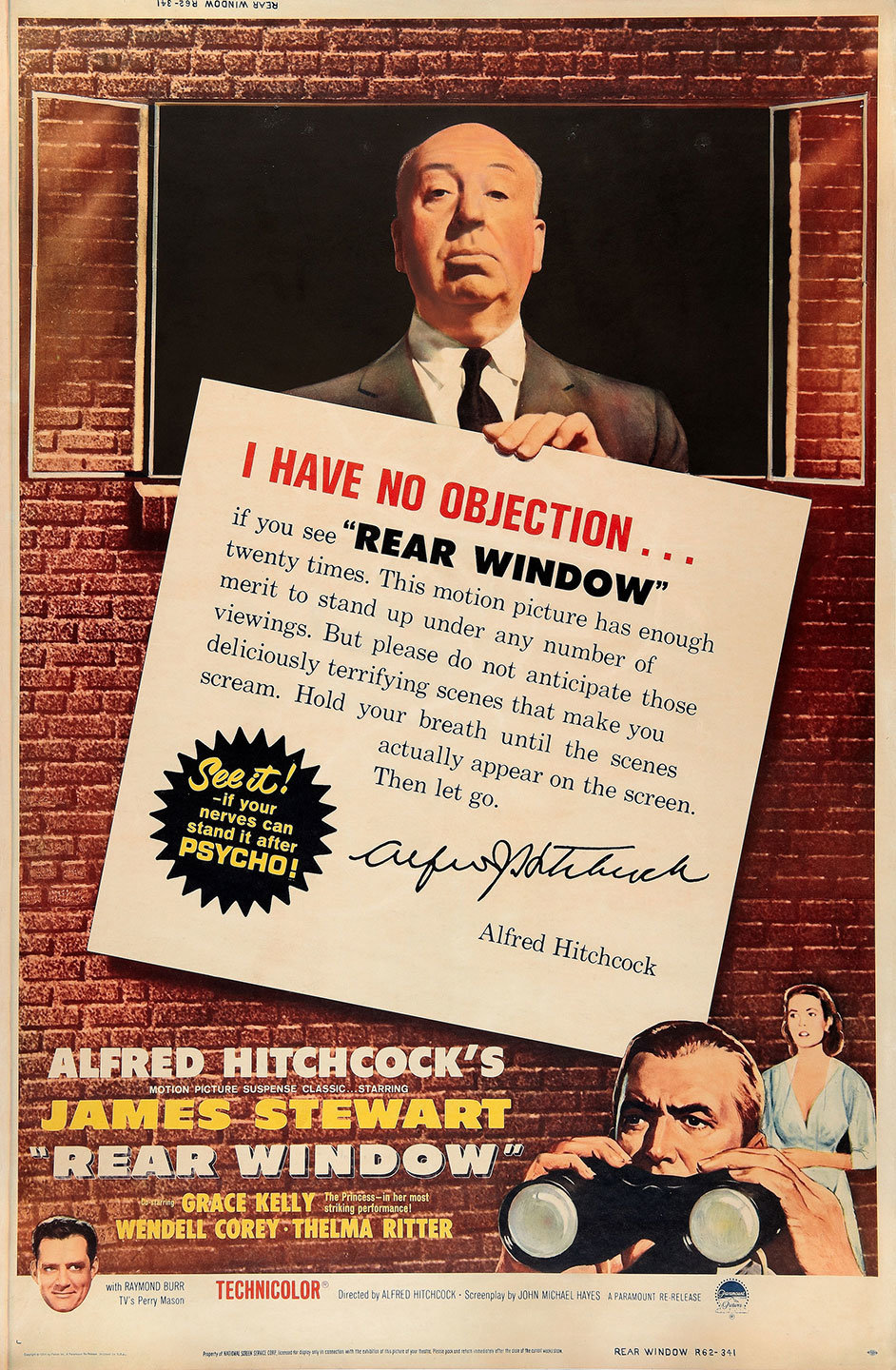 It’s a given that a movie poster needs to be both visually and verbally succinct. It must grab your attention in the amount of time it takes to walk past it in the street; it must tell you all you need to know—or enough to make you want to know more—in one arresting image and with one pithy tagline. One of the challenges of movie poster design and movie marketing is to say as much as possible in a small space and few words.

But then there are posters which break those rules, which, for one reason or another, feel the need to make you stop in your tracks and read. I own a couple of posters for Robert Aldrich films—The Longest Yard and The Emperor of the North— which I’ve always loved because they are anything but succinct. In place of taglines these two tough-guy movies have long-winded, rather folksy explanations. Both also have taglines (“It’s survival of the fiercest. And the funniest.” “It’s not a place...it’s a prize!”) but aren’t content with that. They’re like a guy at a bar bending your ear, giving you their two cents. (I’ve also always enjoyed the strange construction “Burt Reynolds stars—tough, sassy—and always that fire.”) 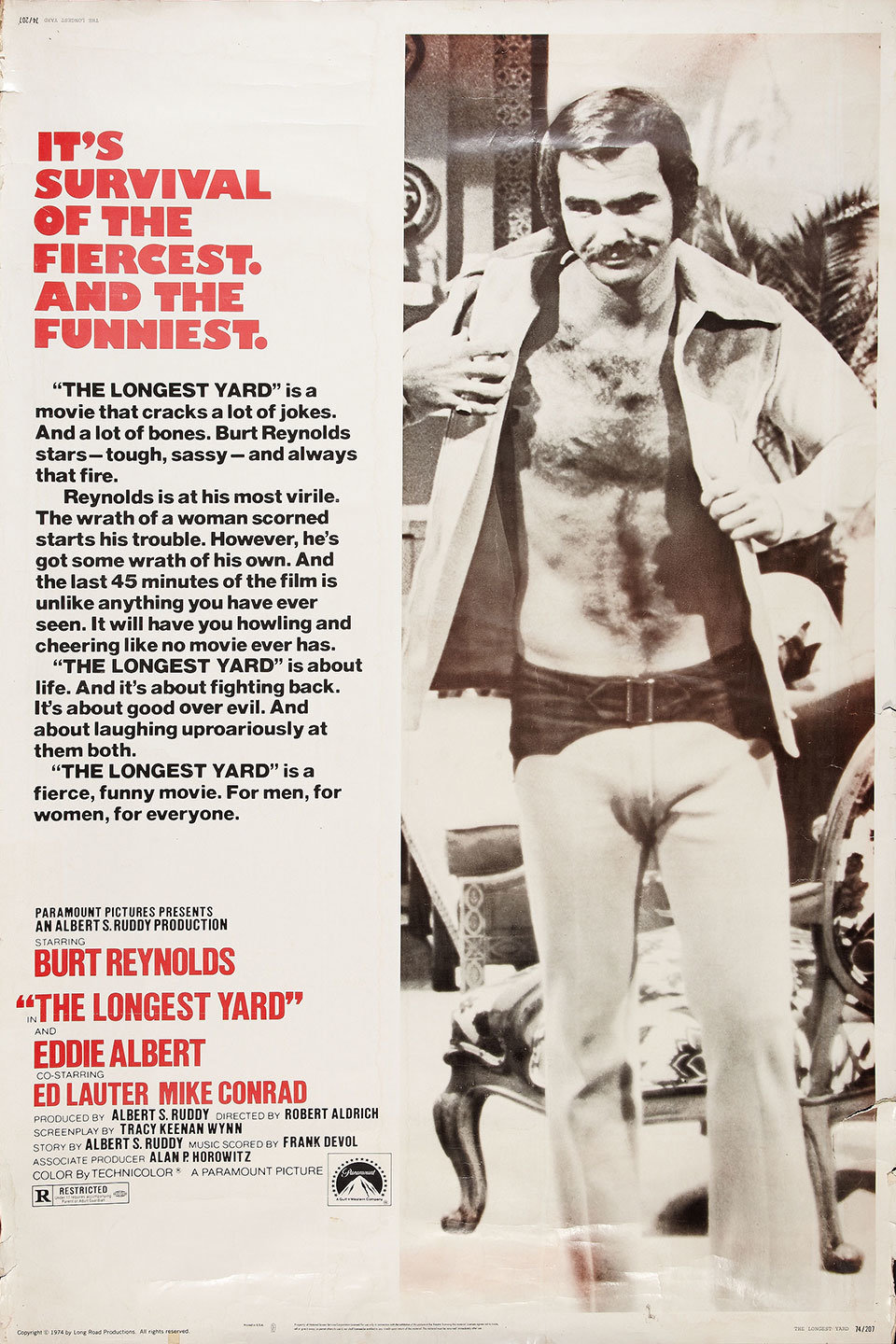 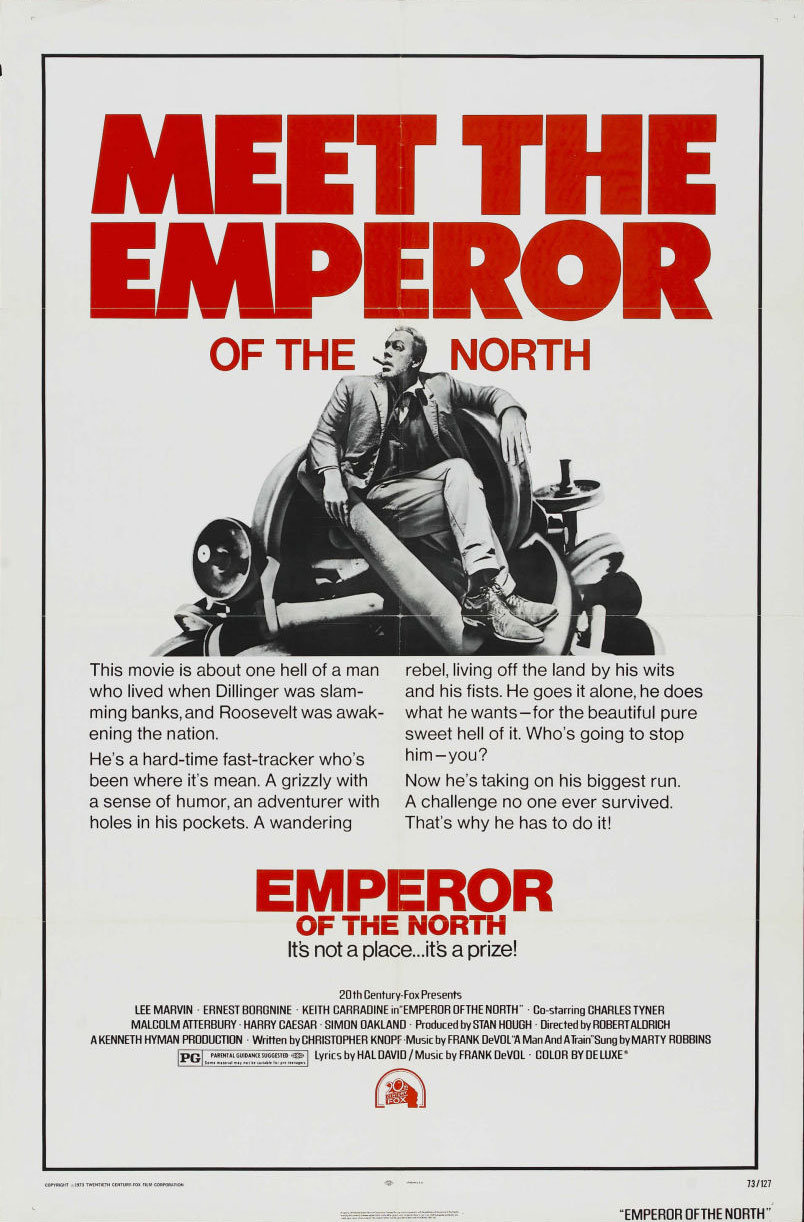 What follows is a collection of posters for which pithy is a foreign word, and which rely on text, on telling you what you need to know, rather than on suggestion and allusion. And I love them for it. There are those posters, like the 1962 re-release poster for Rear Window at the top of this post, which... well, to be honest I don’t actually know what that poster is telling you to do: is it to not give away the surprises to the people around you, or is it instructing you how to enjoy the surprises multiple times? The instructions to the audience poster is quite common: there’s the poster for Ken Russell’s The Devils which tries to encourage you to see the film by coyly discouraging you—telling you that it may be too shocking and disturbing. Or the US poster for the softcore Brit comedy Dirtiest Girl I Ever Met (a.k.a. Cool It Carol) which encourages prurient interest with a fake “Conditions of Admission” notice. 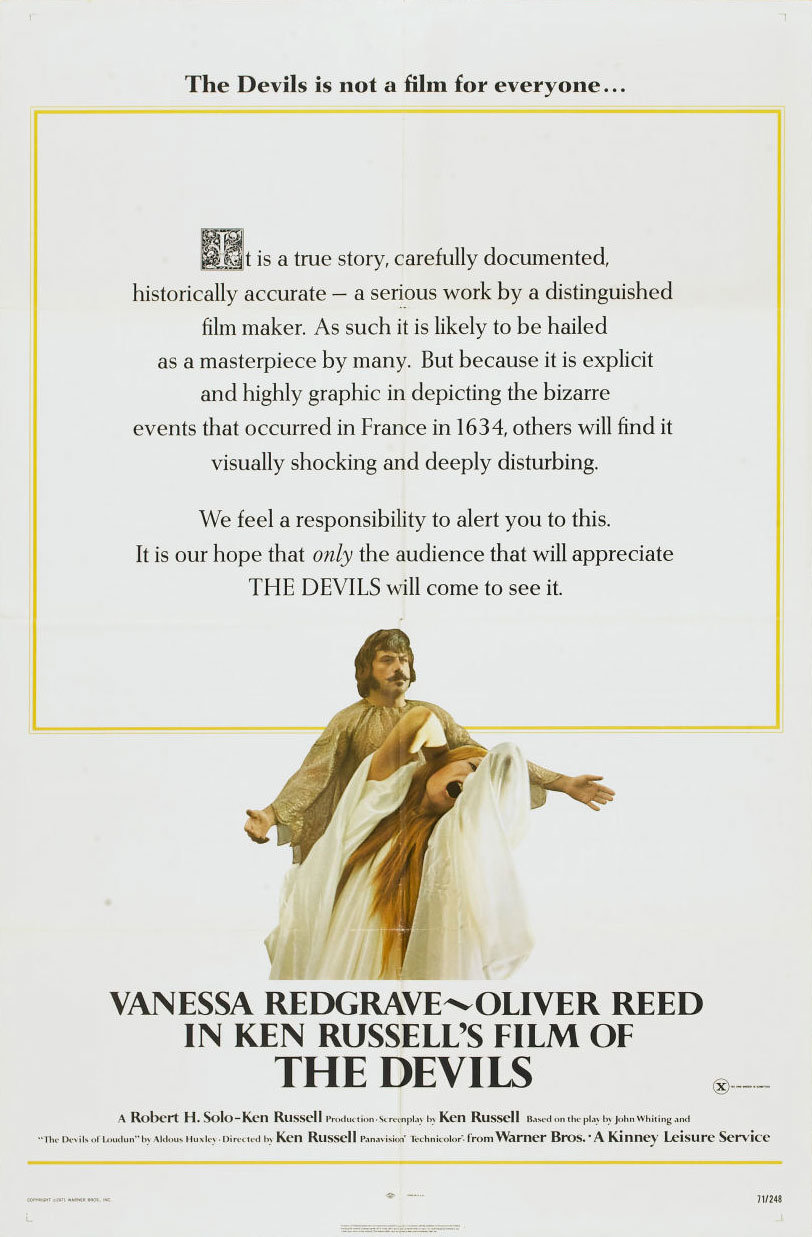 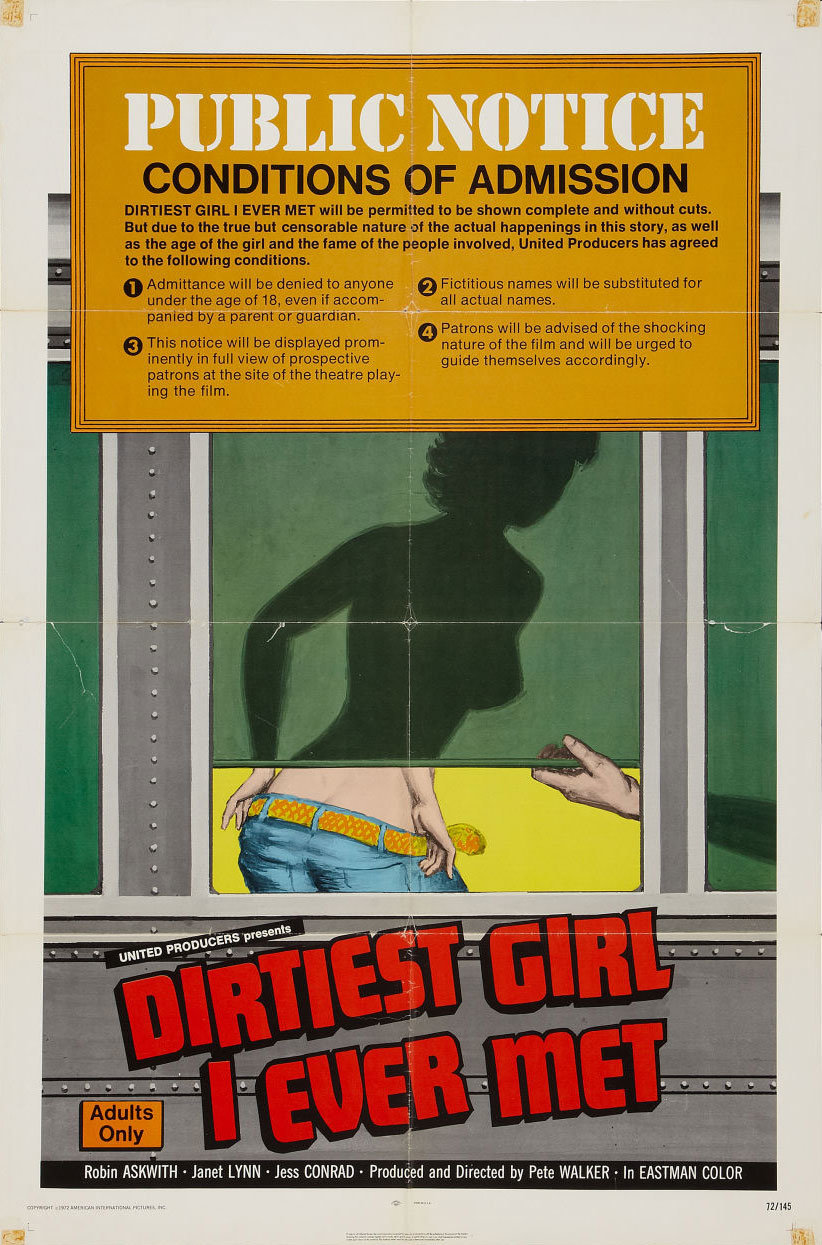 ﻿Then there are posters which trumpet their specialness because why not say in 50 to 100 words what you can’t quite express in five or ten? These films range from forgotten sensationalism like Woman in a Dressing Gown (“It’s not for sensation seekers,” mind you) to much more deserving films like Shoah. But in all these cases there is a sense that if there is more text the product must somehow be more high-minded (American posters for Bergman films were often 90% pull-quotes with a small illustration at the bottom). As the poster for The Family Way says, “Not all motion pictures deserve this kind of special attention. You’ll understand why this one does when you see it.” Or when you read it on the poster. 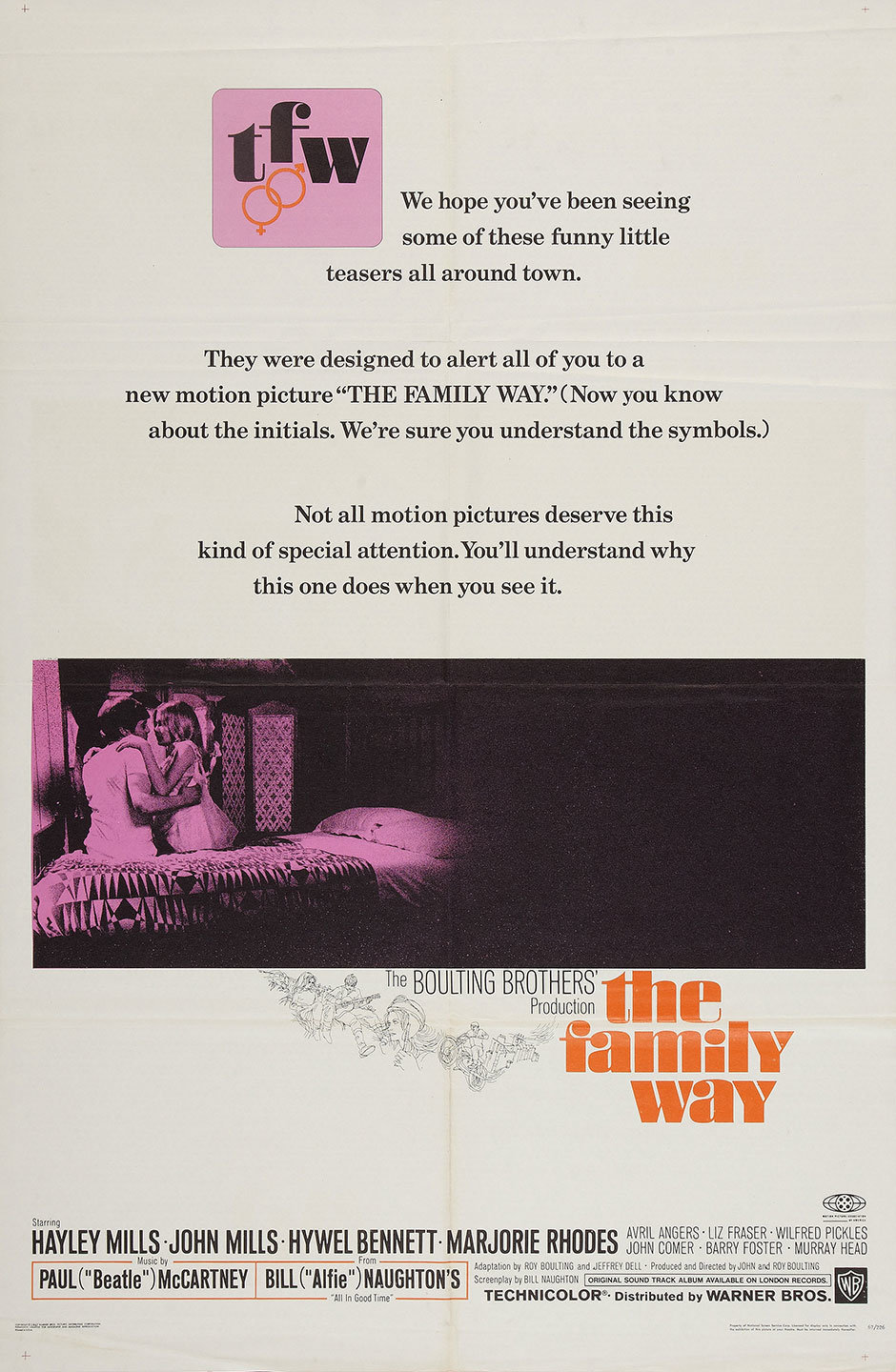 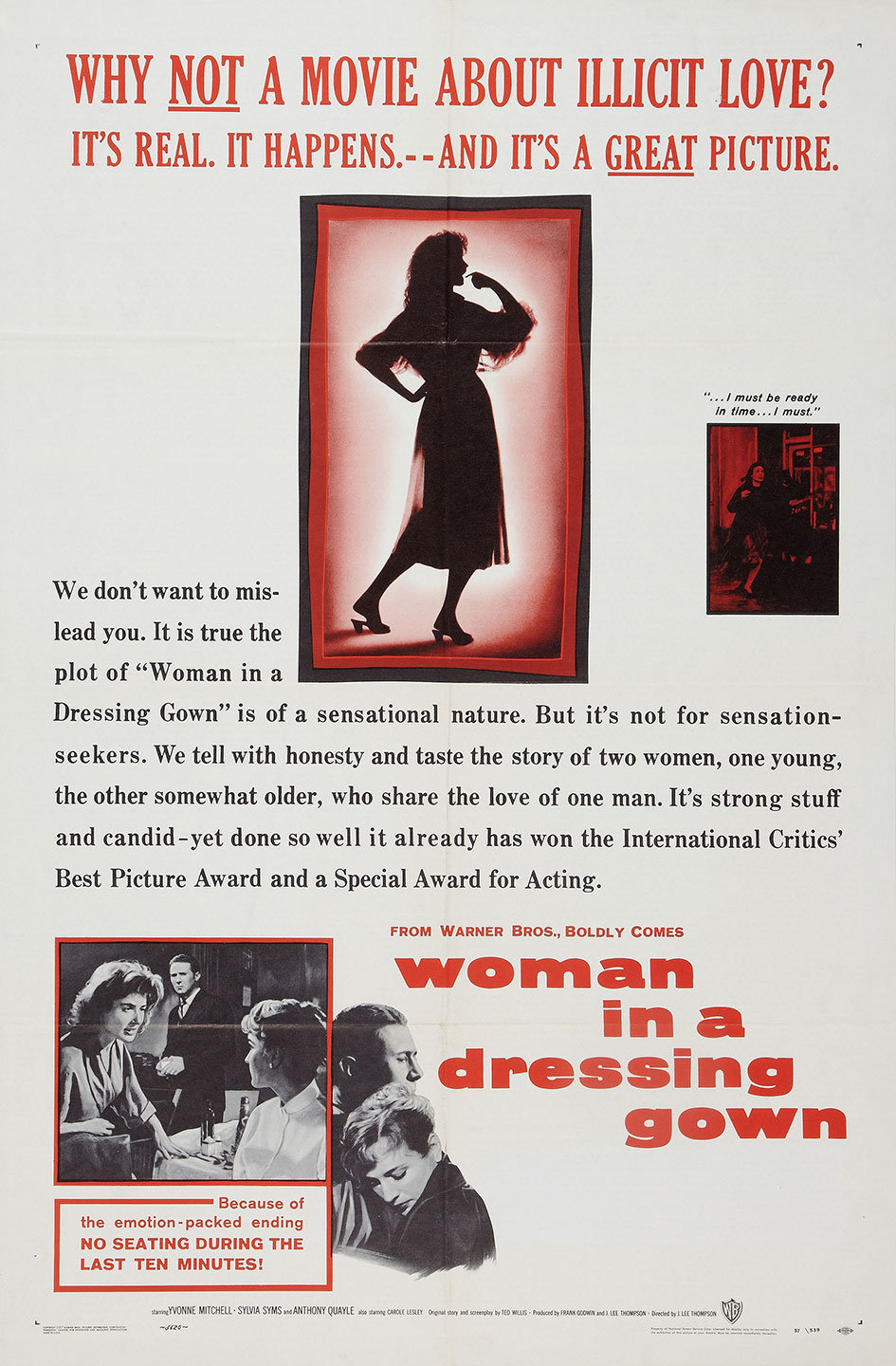 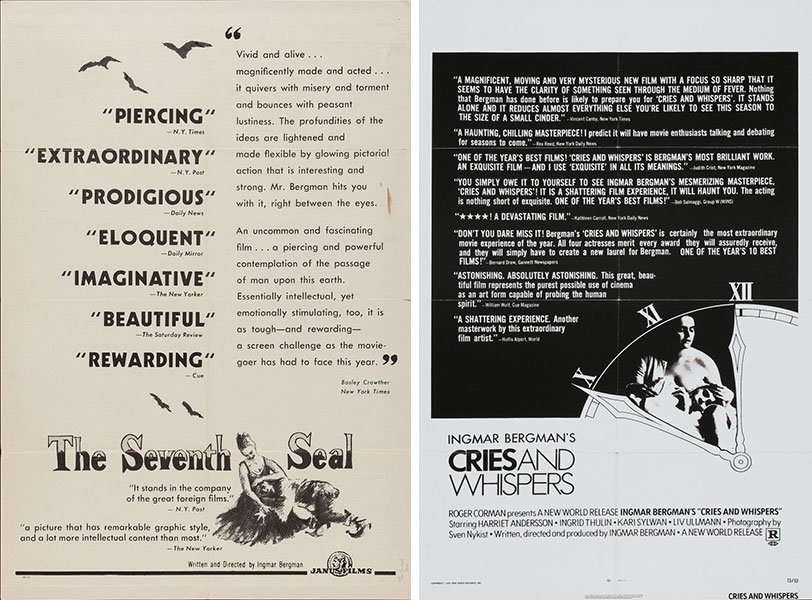 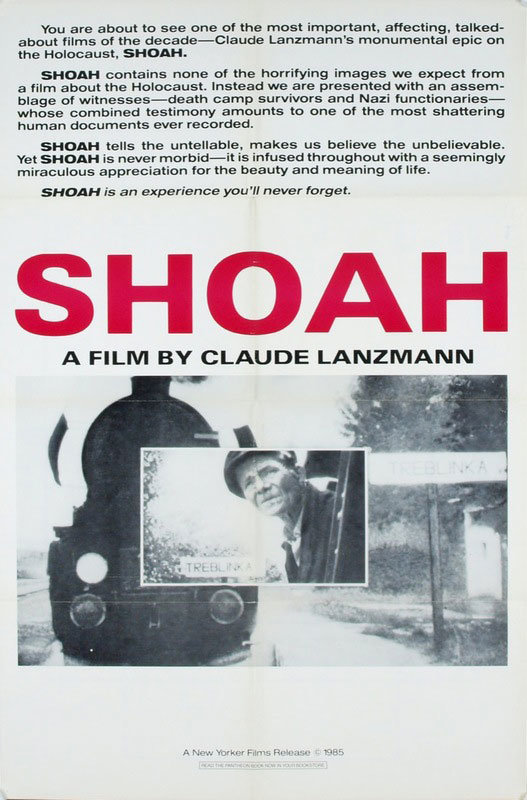 Below are a few other fine examples of movie poster verbosity for your reading enjoyment. 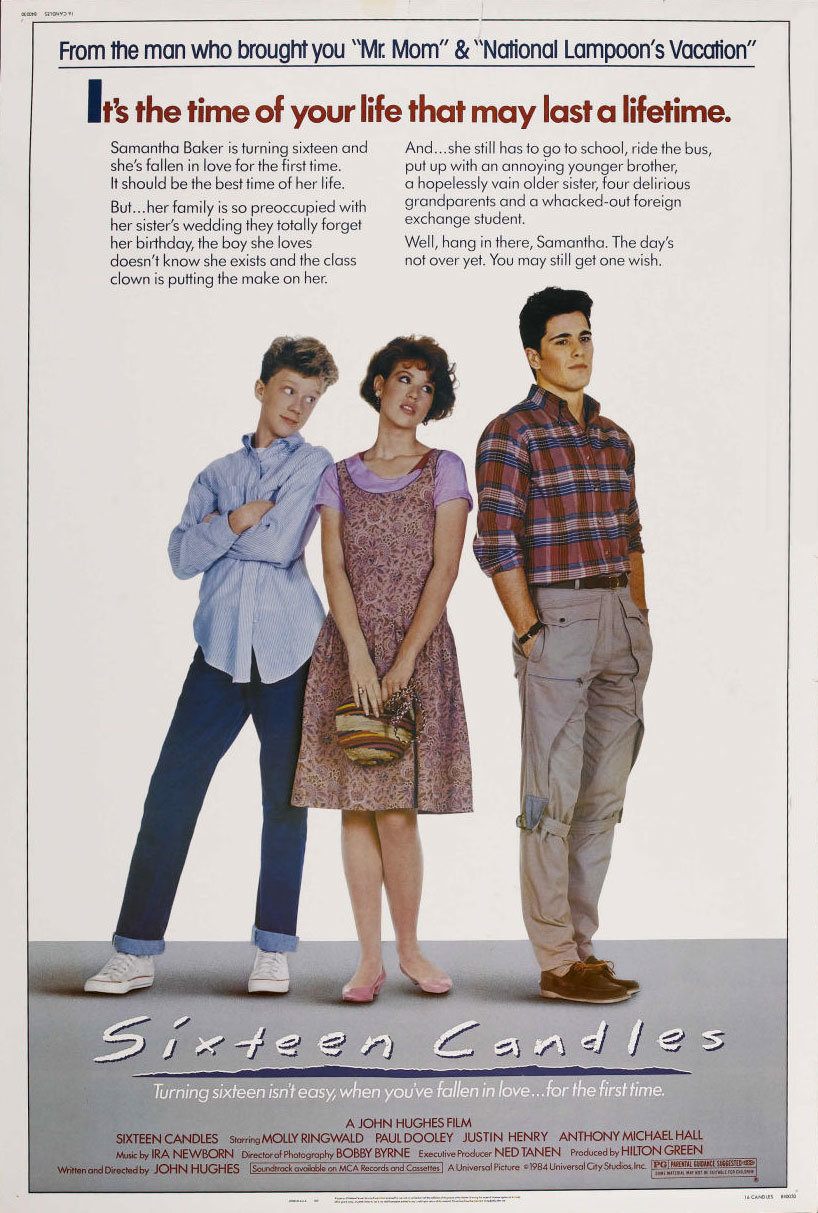 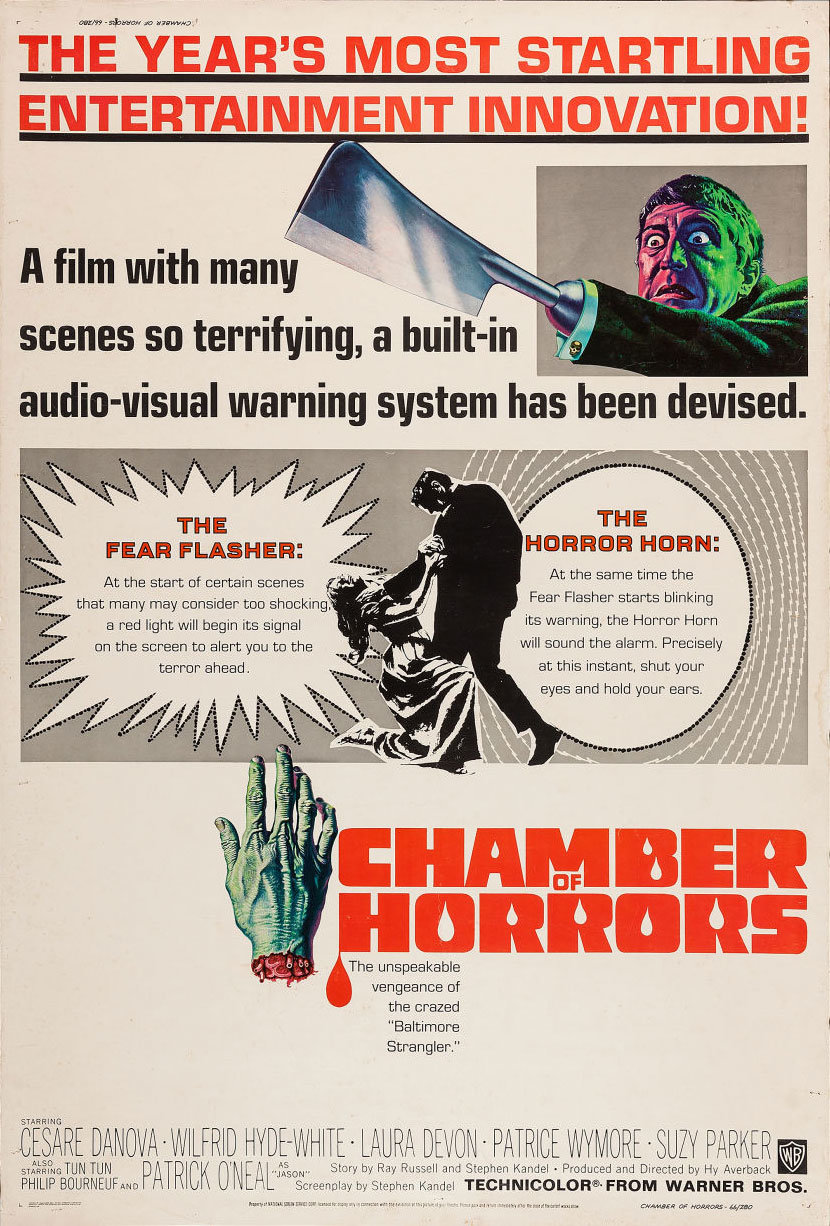 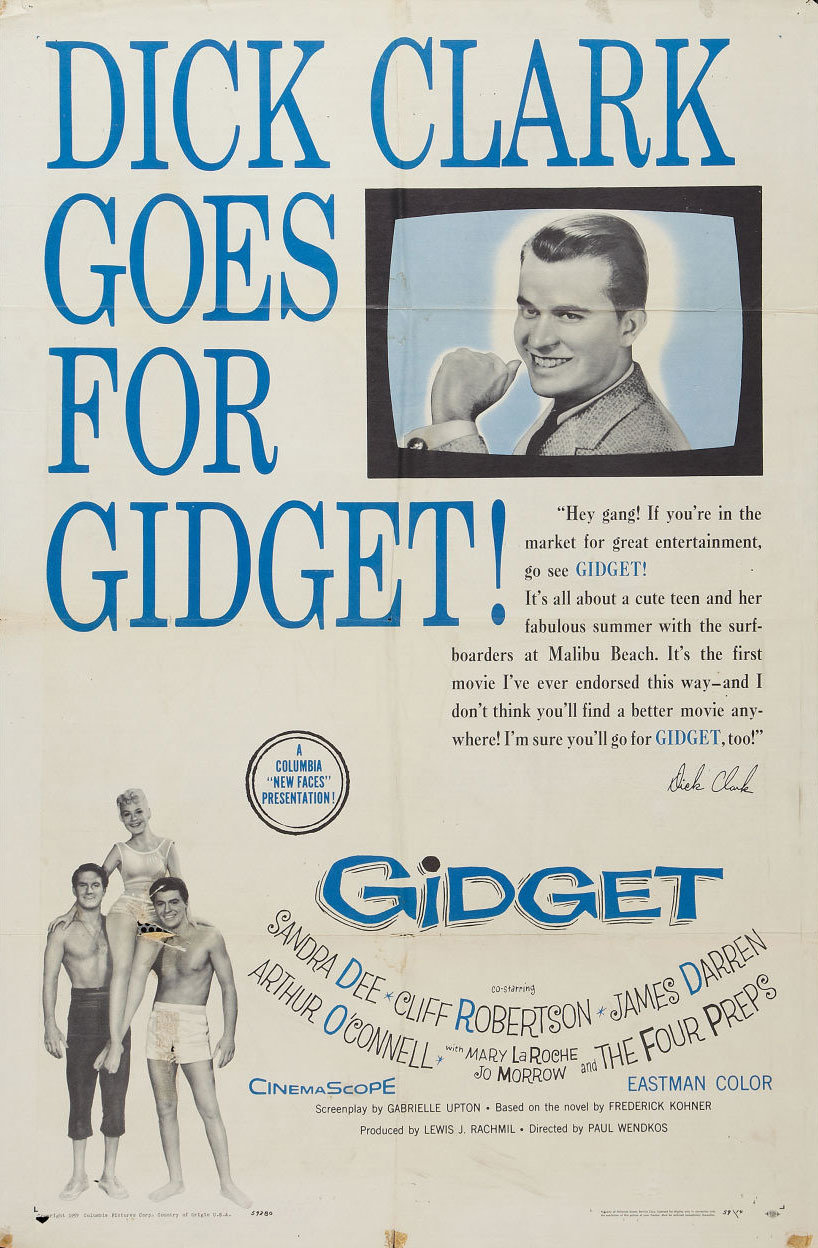 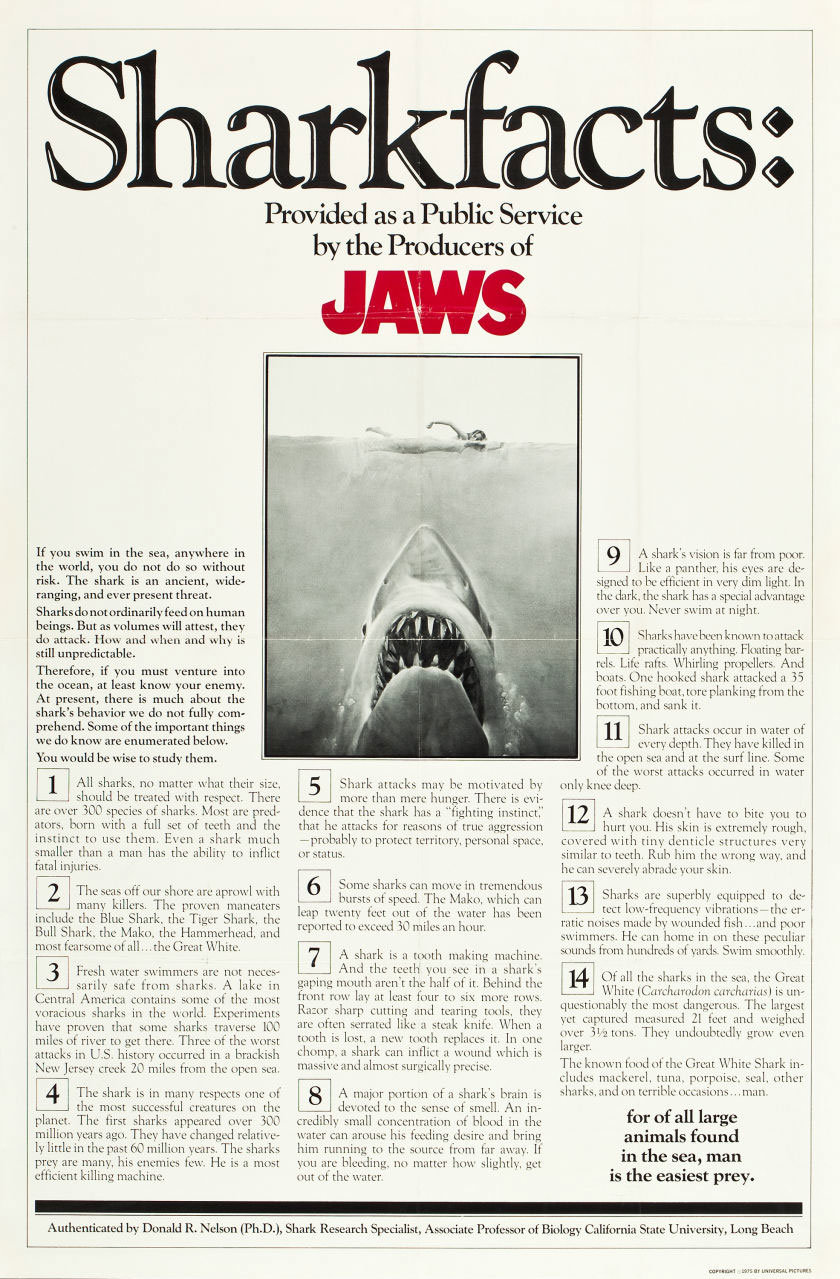 If you have any other favorites, I’d love to see them.