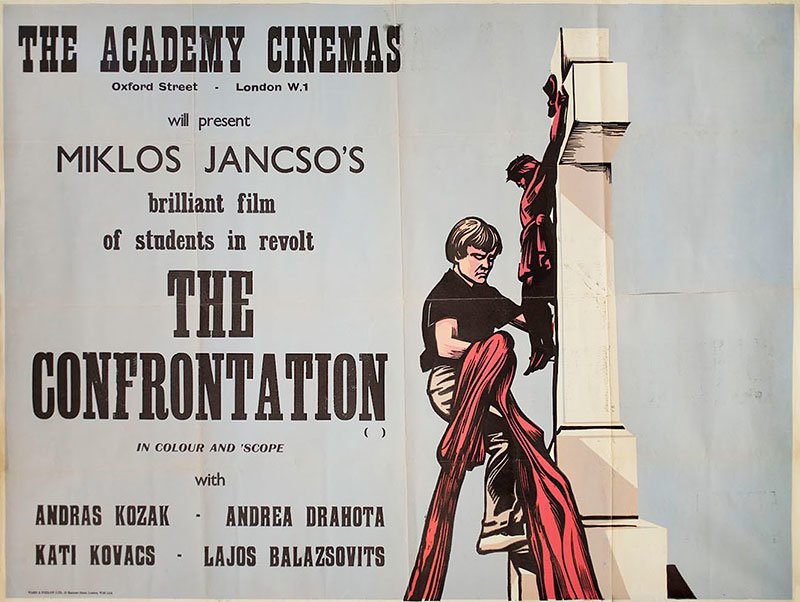 When the great Hungarian filmmaker Miklós Jancsó died on January 31 of this year at the age of 92, the news rippled somberly around the cinephile world but didn’t make much of a splash. Jancsó was undoubtedly one of the titans of modern cinema, but he was also something of a forgotten man. He made some 30 feature films over 52 years and was working almost until the end. His final feature, So Much for Justice!, was made just four years ago and yet, like most of his recent work, it was probably never shown in the U.S.. (You can see a fascinating, though unsubtitled, piece on the making of it here and it looks like classic Jancsó, tracking shots and all.)﻿

Though he made some terrific films in the 80s, like the evocatively titled Season of Monsters and Jesus Christ’s Horoscope, it was the 1960s and 70s which were Jancsó’s heyday, back when he was a mainstay of the New York Film Festival. But today only two of his films are available on DVD in the US (his masterpiece, The Red and the White, from Kino, and Electra, My Love from Facets). Amazingly, Criterion has never released a Jancsó film (probably not from lack of trying), although the invaluable Second Run label in the UK has been keeping the faith with five of his early films now available.

One lasting indication of Jancsó’s popularity in the 60s and 70s, at least in the U.K., are the gorgeous series of posters made by woodcut artist Peter Strausfeld for the Academy Cinema in London. It seems that between 1964 and 1974 nearly every Jancsó film was released at the Academy and Strausfeld documented each one. Though I’ve come across a handful of good Jancsó ﻿posters over the years (like this and this) I feel that Strausfeld’s posters, as a group, are the most eloquent graphic testament to one of my favorite directors. 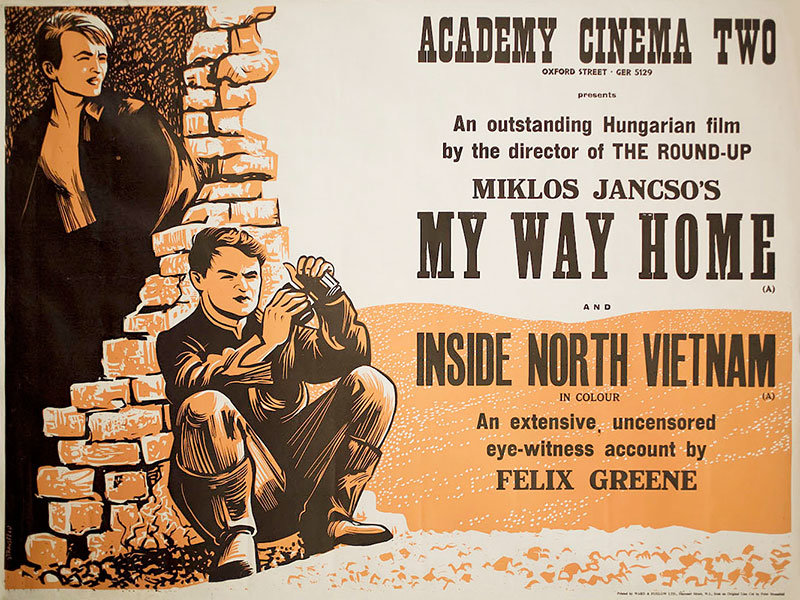 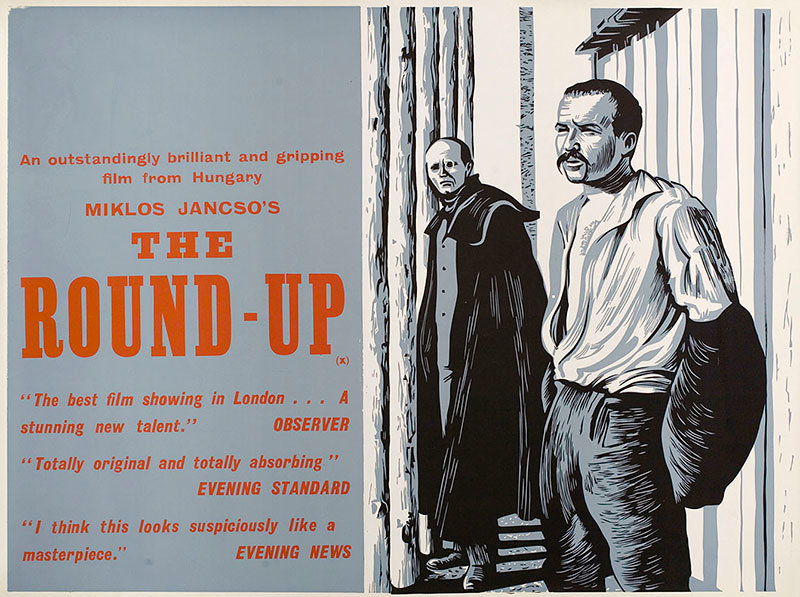 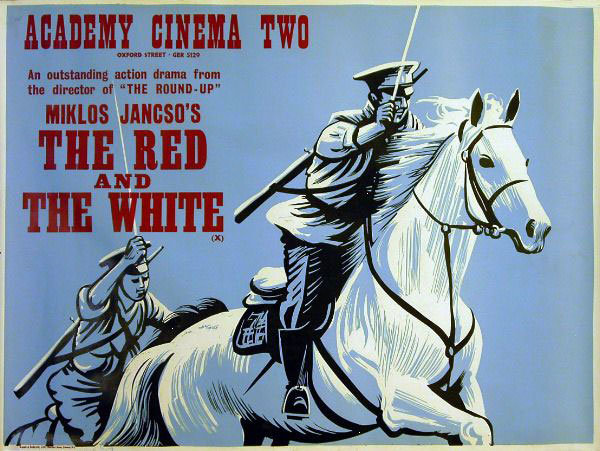 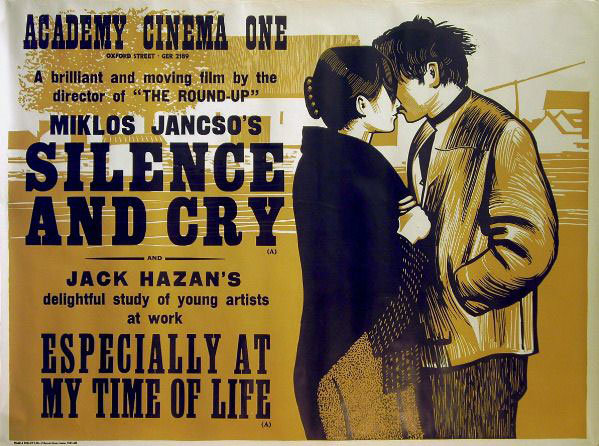 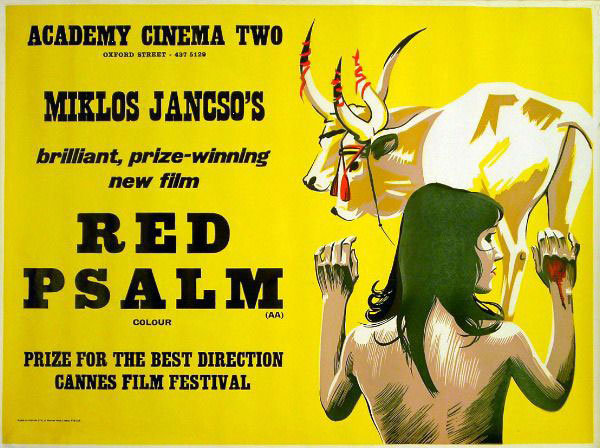 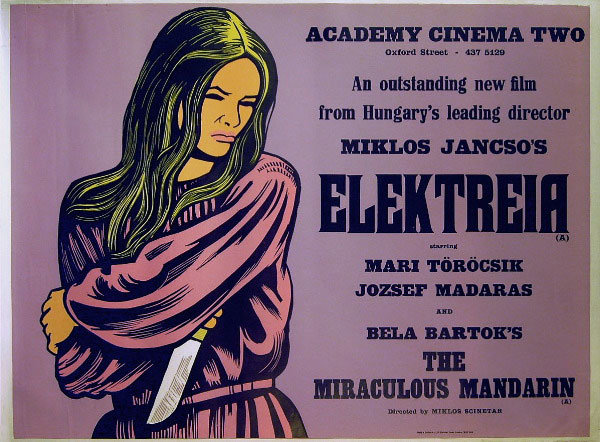 Posters courtesy of Posteritati and Rare Film Posters. Reproductions of Strausfeld’s work are also available from the British Film Institute.