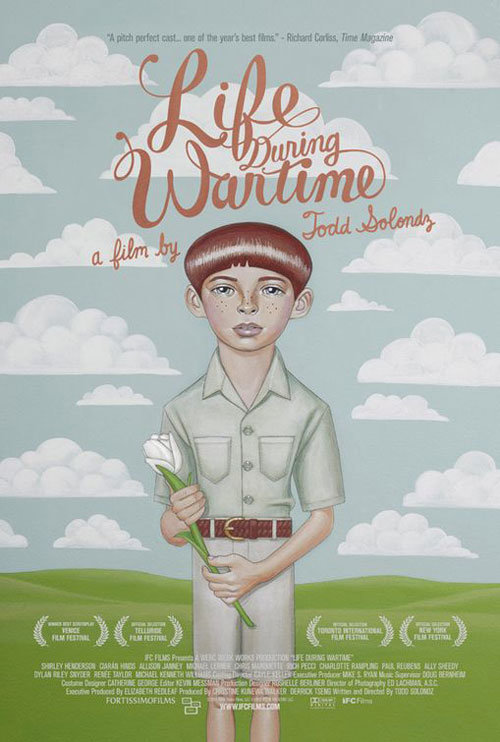 Whatever you say about the films of Todd Solondz, and people usually have a lot to say, his posters are often something special. Whether by coincidence or design his films have now racked up three of the best illustrated posters of recent years: Daniel Clowes’ iconic comic book portraits for Happiness (1998), Kathryn Rathke’s fairy-book illustration for Palindromes (2004) (see both below), and now Akiko Stehrenberger’s whimsical painting for Solondz’s newest film Life During Wartime (2009).

Readers of this column should recognize Akiko’s name. She was the designer of my favorite movie poster of the last decade, Funny Games US. The new poster, designed under the auspices of Mojo design studio (also responsible for the poster for The American) actually developed out of an initial photographic composite design and, despite the fact that Life During Wartime is a sequel of sorts to Happiness, it wasn’t the distributor's intention to use another illustration. But Akiko is a superb illustrator and eventually it was decided to turn the original poster into a painting. Working closely with Solondz, Akiko painted Dylan Riley Snyder (he of the perfect bowl haircut) in three different styles (one more realistic, one a looser watercolor) before Solondz settled on the acrylic painting that was closest to her personal style.

The French poster for the film (see below), which looks misleadingly as if it might have been the basis for Akiko’s drawing, is actually based on her original photographic design but with notable differences. They also made a weak stab at replicating her beautiful hand-lettered title. But Akiko’s poster for IFC is the real deal: beautifully composed and balanced (note the symmetrical freckles), it gets better the more you look at it and the title treatment is the perfect icing on the cake.

On a side note, how utterly 80s is the poster for Solondz’s first (and mostly disowned) film Fear, Anxiety and Depression? They don’t do lettering like that anymore! 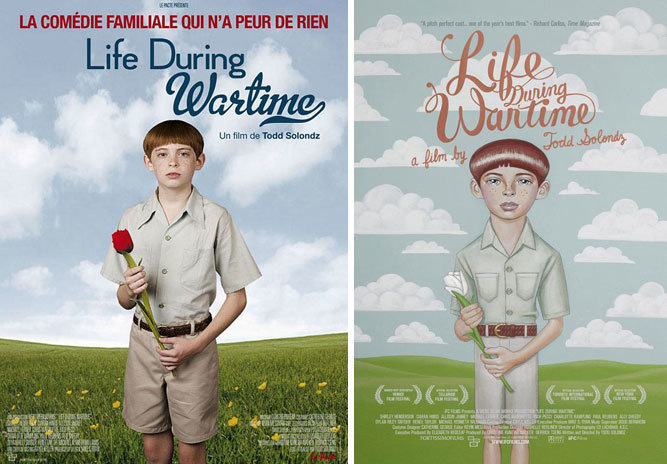 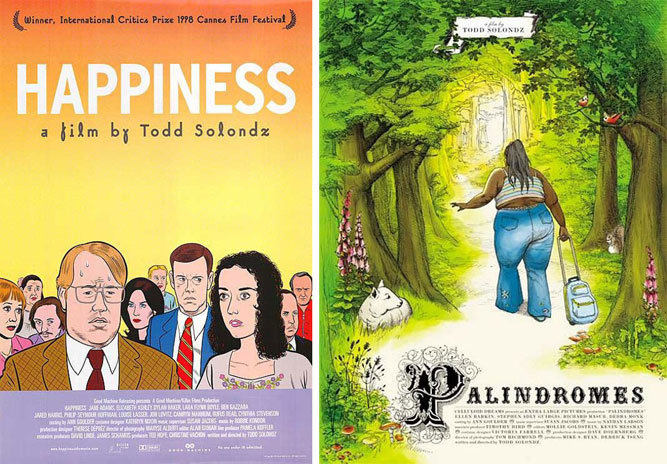