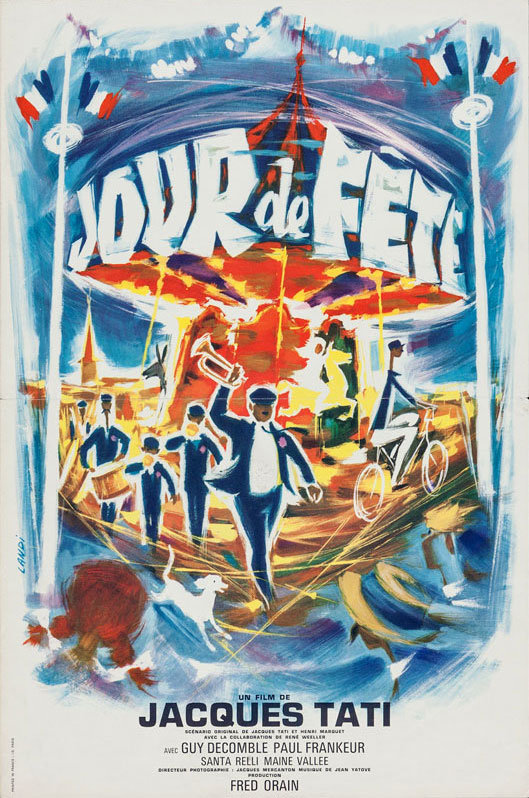 Michel Landi (born 1932) is an incredibly prolific French poster artist with more than 1,500 posters to his name, many of which, like his Bullitt, are very well known. Having worked from the late 50s—when he began by painting the billboards outside Paris movie theaters—through to the 00s, he has worked in many different mediums (he had a notable airbrush period in the 80s) and isn’t really known for one distinctive style. But I recently discovered a number of painted posters by Landi from the late 60s and early 70s that are all very much the work of one artist: all distinguished by wildly expressive brush strokes and a generous, almost fauvist, use of color. The first one I noticed was this exuberant re-release poster for Jacques Tati’s Jour de Fête which renders a carousel as a whirlwind of paint. 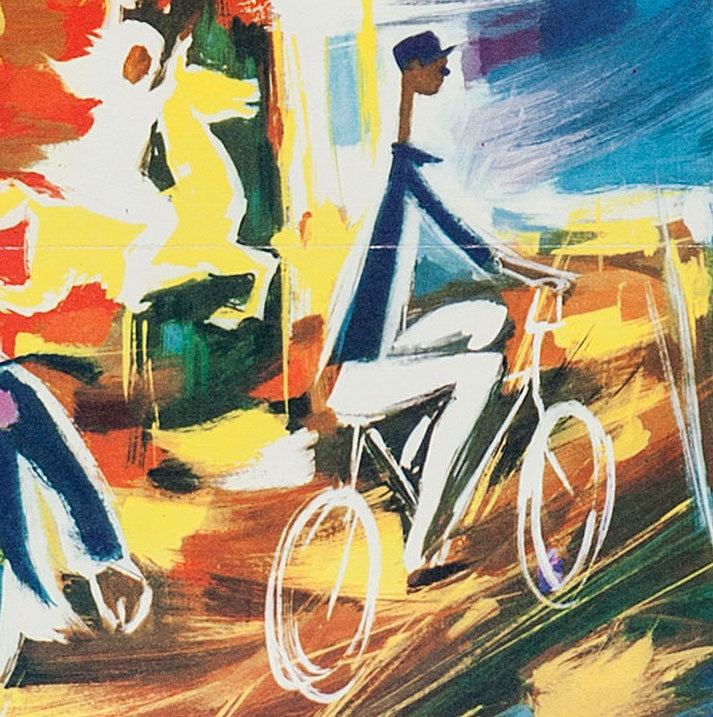 Above: detail from Jour de Fête.

His poster for Joseph Losey’s King and Country, below, is similarly sketch-like and even though it depicts a man standing still in front of a firing squad, it feels full of momentum.﻿ 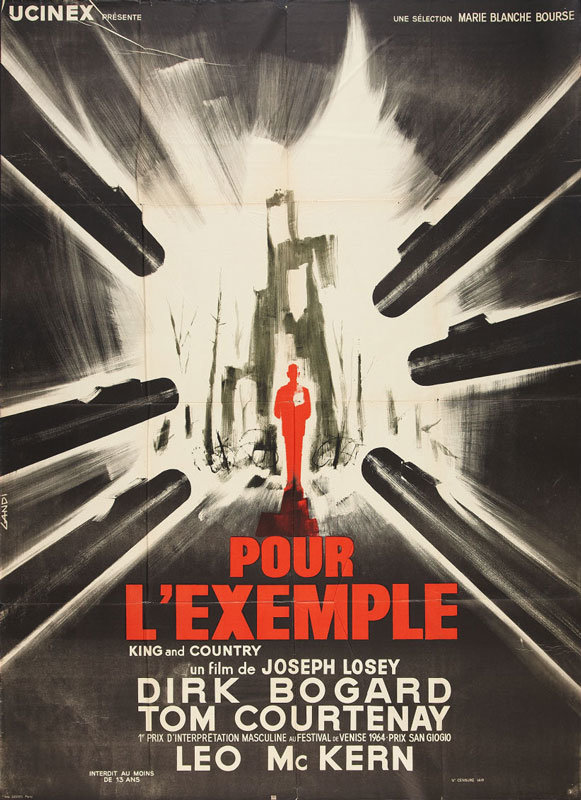 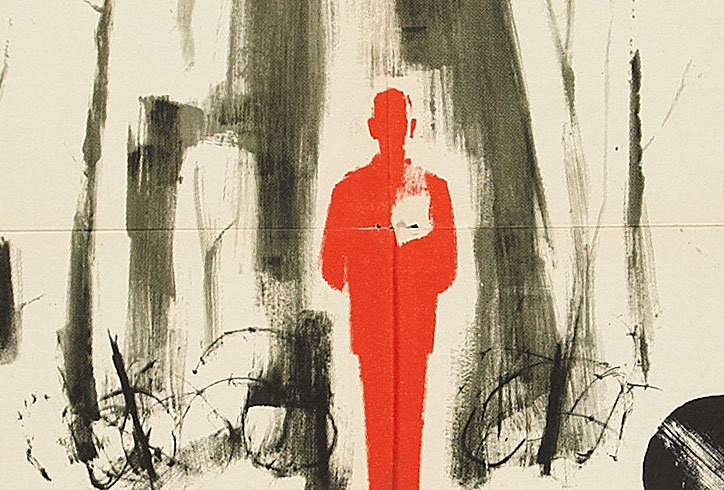 Above: detail from King and Country.﻿

Landi’s posters on the whole tend to have a stronger grounding in realism, usually centered on more photorealist portraiture, but in the designs I’ve collected below, he combines his actor portraits with more abstract, expressionistic and colorful backgrounds. 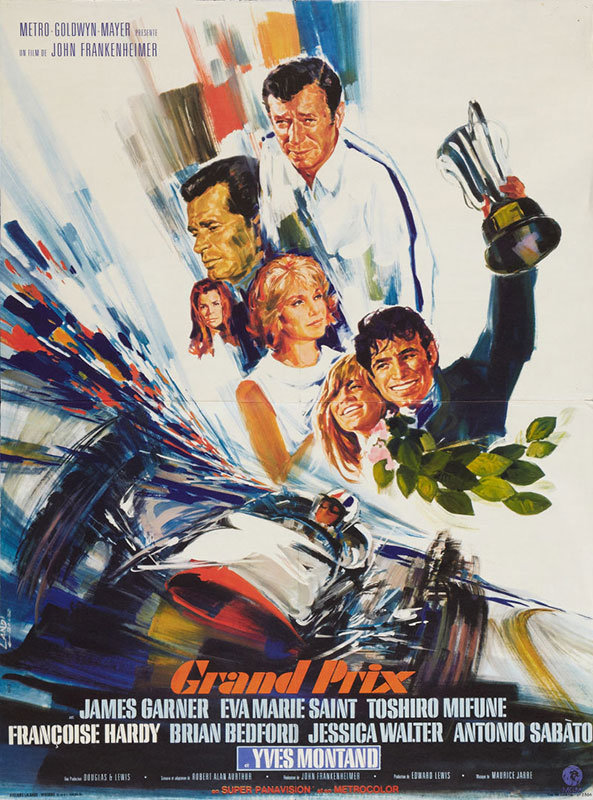 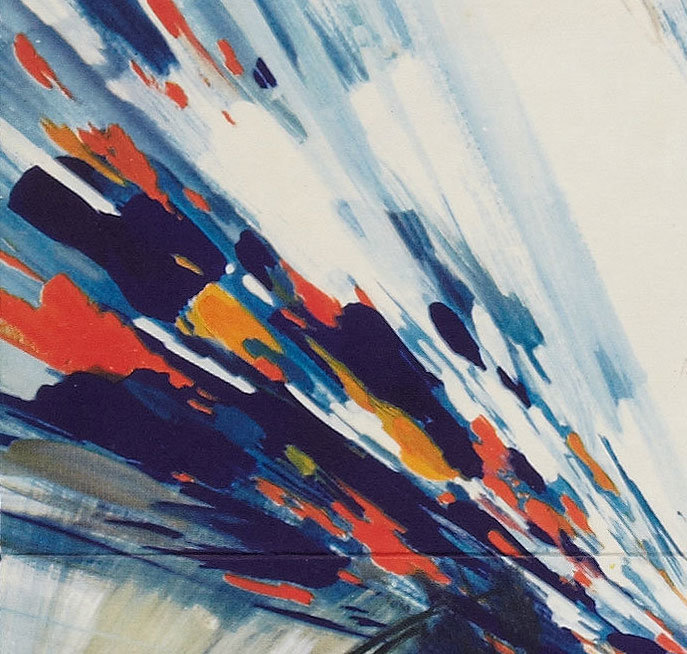 Above: detail from Grand Prix. ﻿ 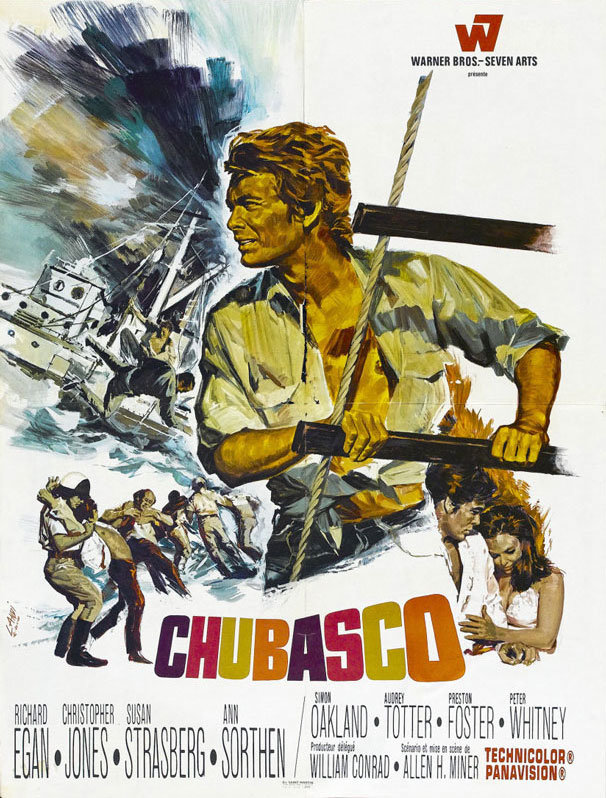 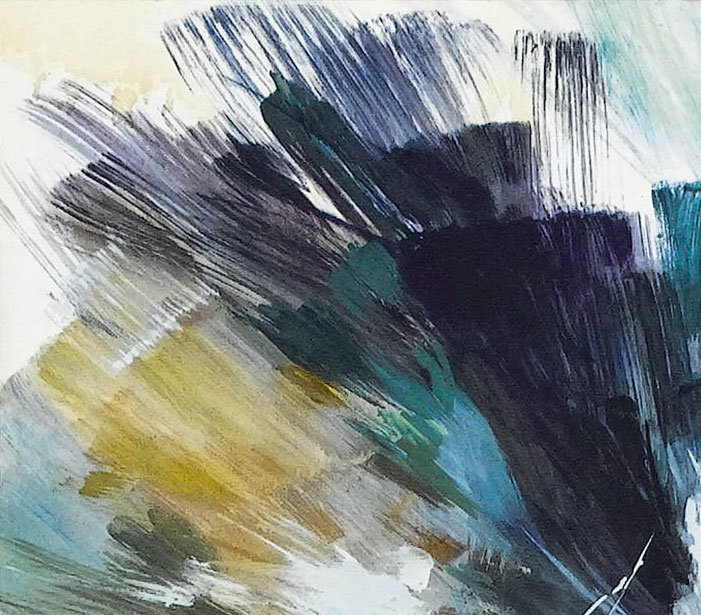 Above: detail from Chubasco.﻿ 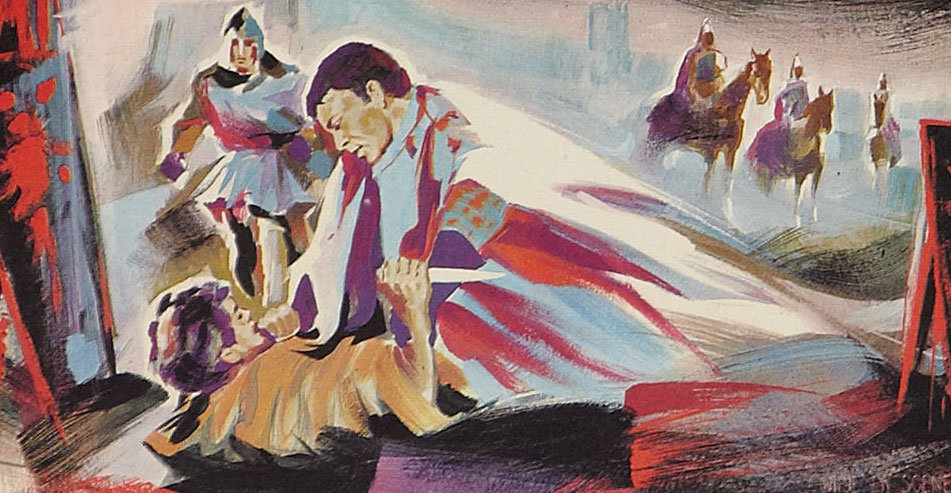 Above: detail from Becket. ﻿ 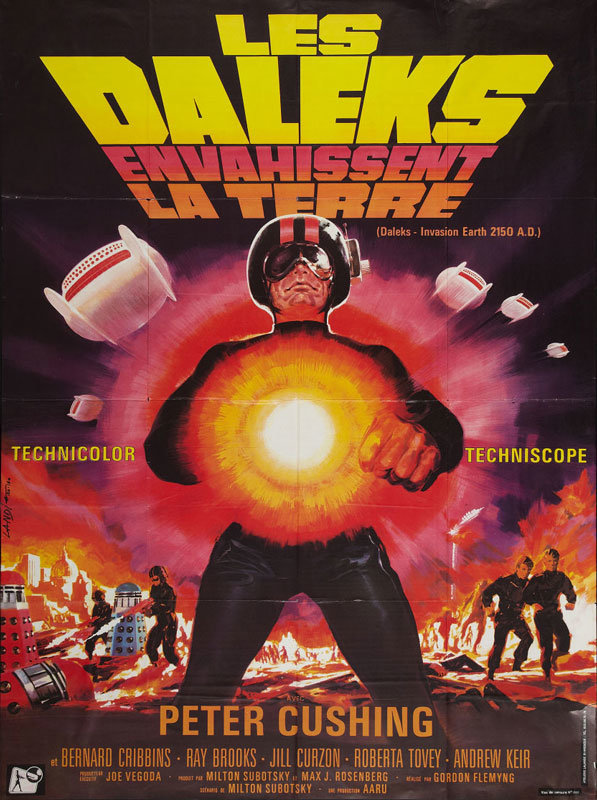 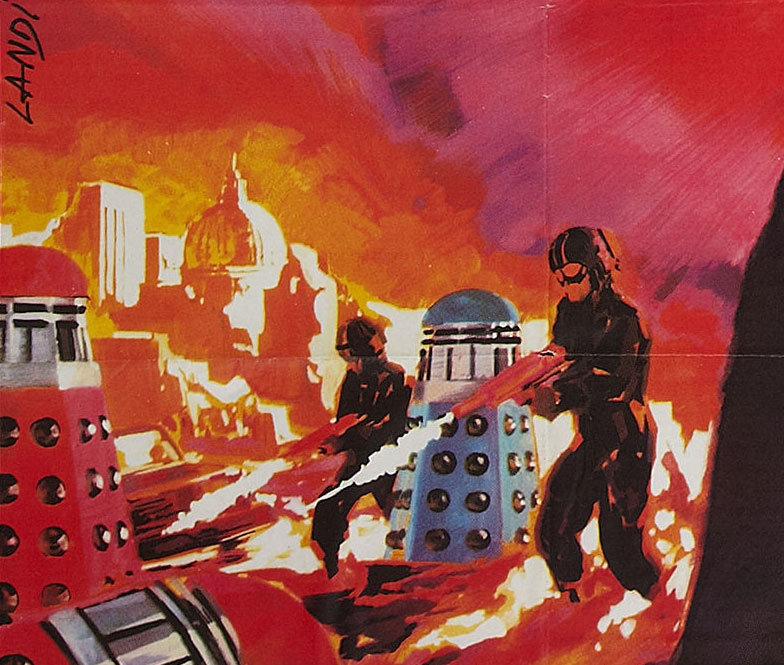 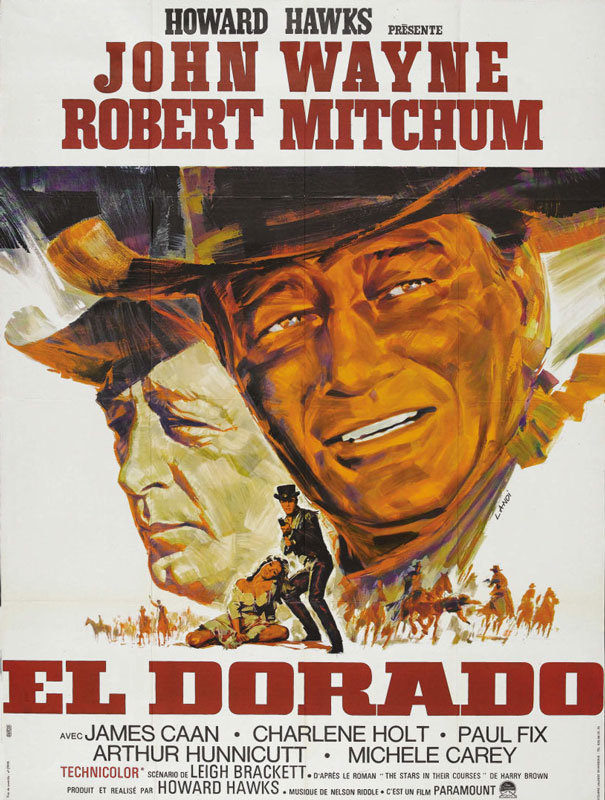 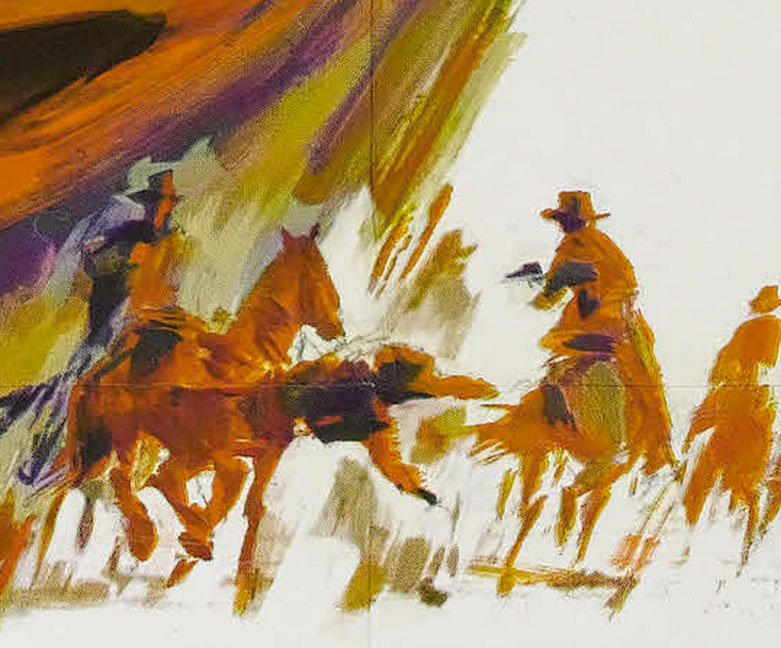 Above: detail from El Dorado. 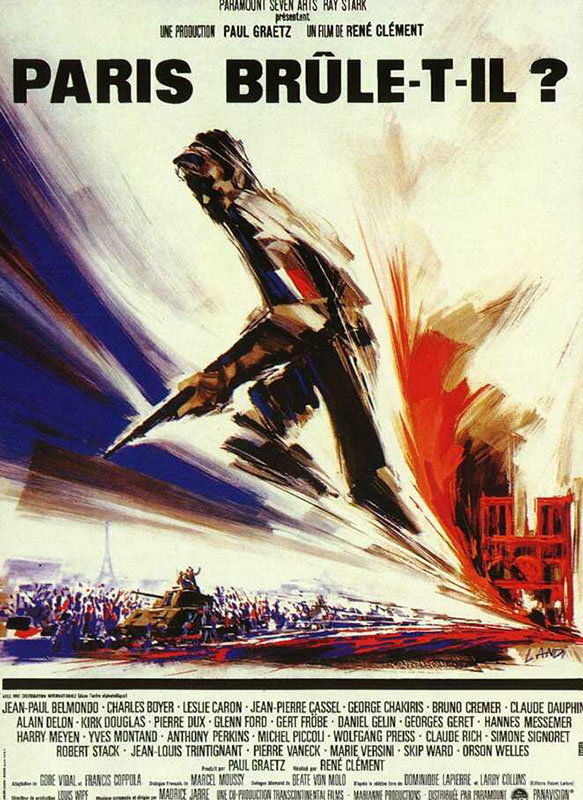 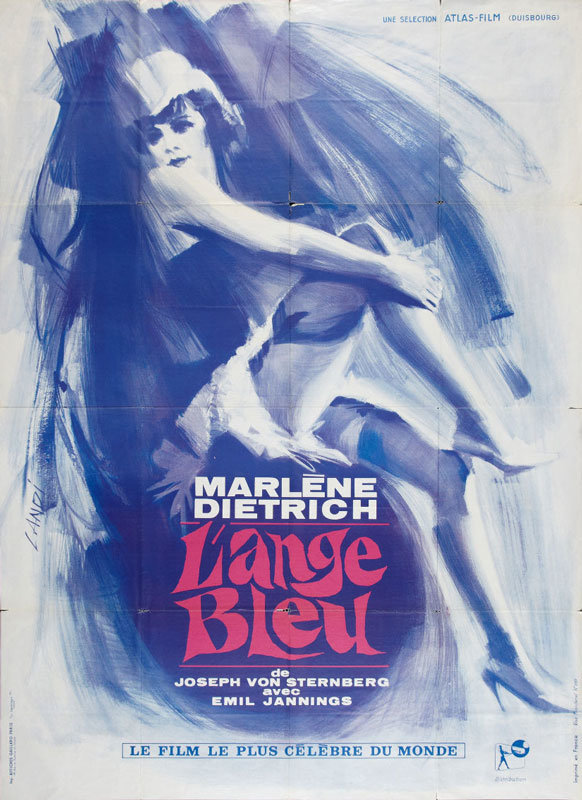 There is a 2010 documentary about Landi called Profession Affichiste: Signé Landi which you can see the trailer for here﻿. At the end of the trailer, after the parade of Landi posters, you see him winning the 1986 César award for Best Poster of the Year, for Arthur Joffe’s Harem. He tells the French Academy that “I am very happy that for the first time cinema posters and poster designers are recognized as part of the family of cinema﻿.” Unfortunately the award was discontinued after five years because it became too difficult to define the authorship of posters. If you’re interested, you can see the complete list of winners and nominees here. [Side note, the bearded gentleman who hands him the award is the sculptor César Baldaccini (1921-1998) who created the award and after whom it is named.]