The recent, long-awaited DVD release of John Cassavetes’ Husbands (1970) is more than enough of an excuse to feature this illustrated French grande as Movie Poster of the Week. I like this poster a lot, but Husbands is the rare Cassavetes film that I find hard to love. Watching the hi-jinks and histrionics of  three middle-aged men on a post-funeral bender I feel much as Dick Cavett must have felt when Cassavetes, Gazzara and Falk appeared on his show: here are three men that enjoy each other’s company just a little too much. Though Michael Atkinson’s recent claim that the three leads were not good friends at the time and that the film is not improvised on camera makes me want to reassess.

The French poster for The Killing of a Chinese Bookie (1976) (below) is also hand drawn, very probably by the same artist, and weirdly similar, despite less pleasing typography. Note how each poster has three suited men in similar poses, with Gazzara on the left in both. I've also thrown in a couple of other French Cassavetes posters for good measure (the French having always appreciated Cassavetes more than most): the rather bonkers one-sheet for Love Streams (1984) which has Cassavetes and Gena Rowlands pasted onto what looks like the credit sequence of Hawaii 5-0 (the crashing surf expressing the torrents of the French title better than the English streams); and the graphically bold poster for A Woman Under the Influence (1974) which feels the need to identify Peter Falk as his TV alter-ego, Lt. "Colombo" (sic). 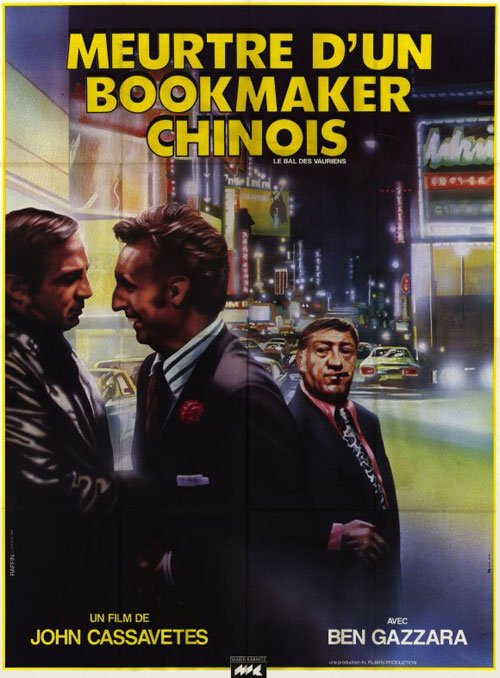 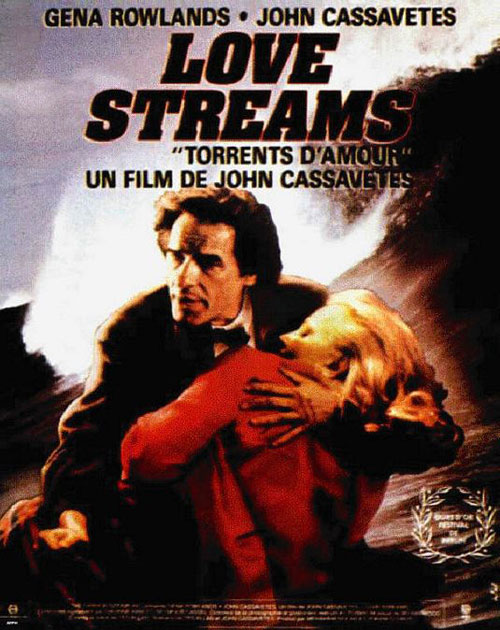 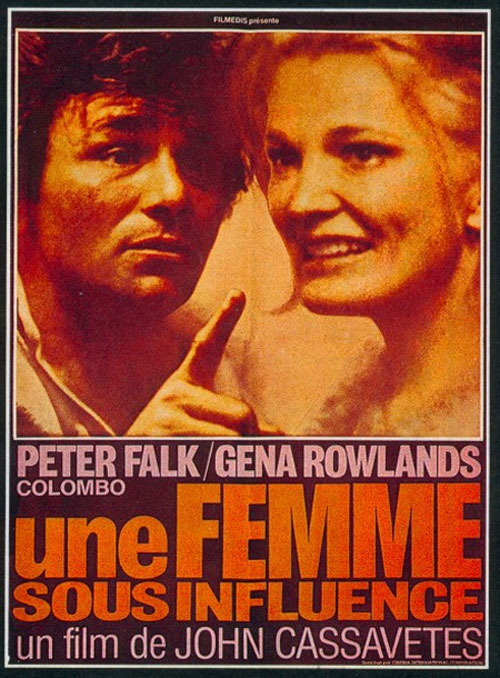