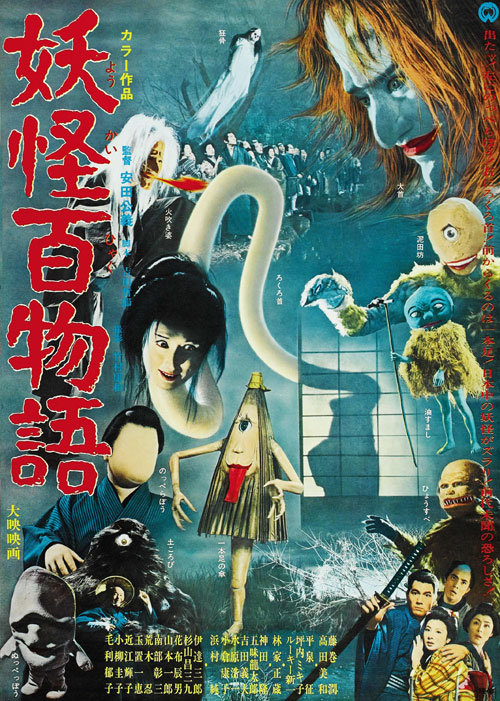 I’ve been looking for an excuse to feature this poster for some time but since I still haven’t found one, here it is anyway. The poster is for the 1968 Japanese horror film Yôkai hyaku monogatari, a.k.a. 100 Monsters, which was directed by Kimiyoshi Yasuda (1911-1983) as part of a trilogy that includes Spook Warfare (1968) and Along with Ghosts (1969) (equally outlandish posters for which can be seen below). I’ve never seen the film, but I’ve long been fascinated by Japanese ghost stories and especially by the rich invention and variety of the demons and spirits of Japanese folklore known as Yôkai.

Like the shape-shifting demons themselves, the representation of yôkai in popular Japanese culture has morphed constantly over the years. In the 18th century the ukiyo-e artist Toriyama Sekien catalogued the myriad species of yôkai from oral legend and even invented some of his own. In 1881 the painter Nabeta Gyokuei created a book of woodblock prints based on Toriyama’s designs called the Kaibutsu Ehon (Illustrated Book of Monsters). And then in the early 1960s manga artist Shigeru Mizuki modernized the yôkai in his comic book series Ge Ge Ge no Kitaro, the popularity of which led to Daiei’s series of films. In 2005 Takashi Miike remade Spook Warfare as The Great Yokai War, and in recent years Hitoshi Matsumoto put his own spin on the genre in his underrated 2007 film, Big Man Japan.

You can see the trailer for 100 Monsters here. It looks pretty amazing (“Faceless ghosts!” “Spirit Filled Umbrella!” “Long Neck!”) though I’d heed the warning of the Netflix users who say things like “I think I counted maybe three monsters with total screentime of maybe five minutes.” For a more intense yôkai experience I highly recommend the astounding and essential Japan-esoterica site Pink Tentacle which earlier this year featured selections from the Kaibutsu Ehon (I especially love the “giant cackling woman,” the “mysterious pile of crumbling skulls,” the “forest-dwelling ghost that causes victims to shiver violently,” and the “11th-century monk reborn as a giant book-eating rat”) and has featured other collections of yôkai illustrations over the years.

And if you want to feast on the details you can see a much larger version of the poster here. 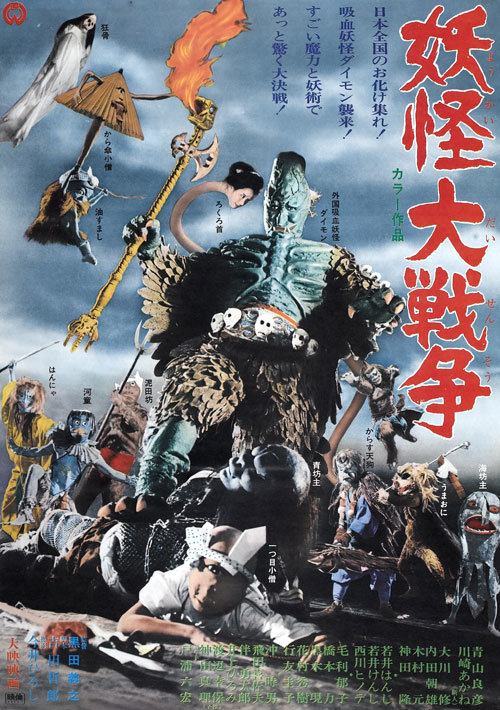 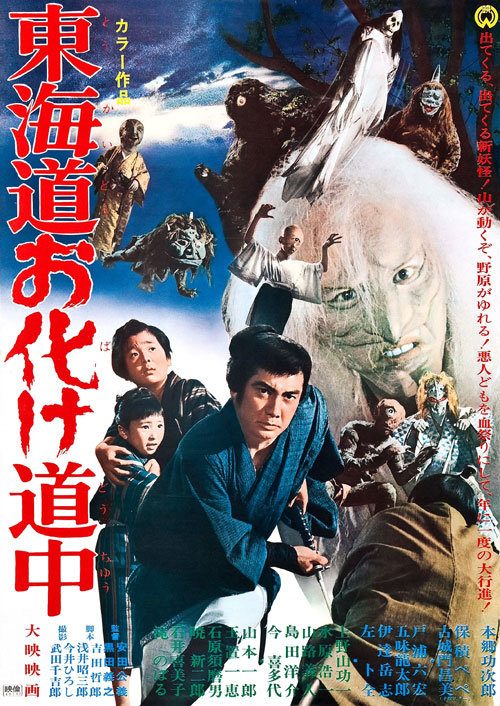