This week's announcement that Olivier Père, former programmer of Cannes's Directors' Fortnight, will be stepping down from his post at the helm of the Festival del Film Locarno marks the end of brief but important era for this film festival, one of the longest-running in the world. In just three years, Père has helped to put the annual event back on the festival map, drawing an annual influx of celebrities and industry-types for red-carpet world premieres, jury prizes, and lifetime achievement awards. Perhaps more than ever in its sixty-six-year history, Locarno is an important station on the fall festival circuit, forecasting the slates of Toronto and New York and providing useful international gateway for cinema from all over the world.

This year's festival featured a characteristically dizzying mix of international festival ephemera, an Otto Preminger retrospective, and much-heralded appearances by the likes of Kylie Minogue, Alain Delon, and Harry Belafonte on the festival's main stage, the 8,000-capacity Piazza Grande in the town's center. Here, under the stars (or rain, in some cases) in an exceptional open-air screening site with easy access to gelato and Aperol, the festival offers a selection of crowd-pleasers: retrospective highlights, like Bonjour Tristesse, as well as Hollywood films, like Soderbergh's Magic Mike and Leslye Headland's weirdly tame and unfunny Bridesmaids-warmover, Bachelorette. This year, the piazza programming lent heavily on Cannes premieres, the best of which included Ben Wheatley's wonderfully, savagely misanthropic Sightseers and the finale to Pablo Larraín's trilogy about Chile's Pinochet era, No, which, shot on mid-80s-grade Umatic video, made for a curiously fuzzy sight on the piazza's nearly 4,000-square-foot screen.

Larraín's backward glance to the days of analog video, which he employs to cleverly blend archival with original footage, was not the only film in this festival to emphasize and explore the particularities of the medium, especially cinema's digital turn. While all but three of the Premingers were projected on 35mm, I saw only one competition film actually on film: Nicolás Pereda's Greatest Hits (Los mejores temas). Pereda's film is a sly hybrid-doc diptych that tells the same story first as fiction, then as documentary﻿—of a prodigal father who returns to the family he abandoned some fifteen years earlier in order to help out with his son's fledgling CD-R-selling business in exchange for free room and board﻿. Nearly all of the other films in the festival were exhibited on digital video, and even occasionally took the format itself as their subject. In a festival that presented its prestigious Leopard of Honor to Leos Carax—whose new film Holy Motors offers an exhilaratingly skewed image of a world in which the cine-camera has become "smaller than one's head," and in which cinema seems to have infiltrated everyday life with surreal role-playing and CGI unreality—the selections of this festival presented a unique view into digital cinema's aesthetic and political possibilities. 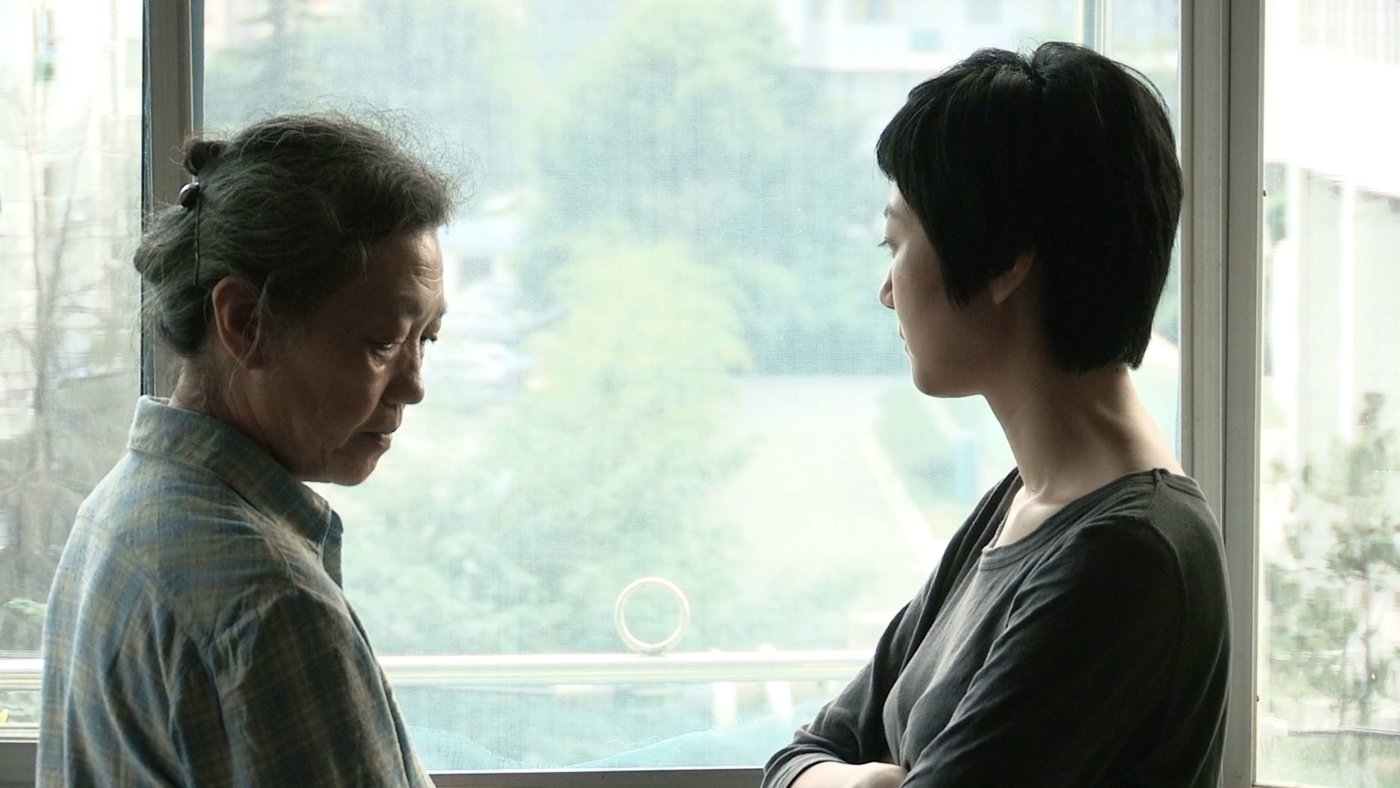 This tendency informed many of the festival's top honors, including that of its main section, the Concorso internazionale. A motley crew jury, chaired by Apichatpong Weerasethakul and featuring Im Sang-soo, Hans Ulrich Obrist, Noémie Lvovsky, and Roger Avary (who maintained a hilariously dishy blog throughout the festival), awarded the Pardo d'oro to the indefatigable Jean-Claude Brisseau's The Girl from Nowhere, an intimate, micro-budgeted chamber drama starring the director himself and shot in his apartment. Similarly, the Opera Prima jury, awarded their prize for Best First Film to Song Fang's Memories Look at Me, which takes place largely in the director's parents' flat. Song, who would be familiar to cinephiles for her appearance as a young film student-cum-au pair in Hou's Flight of the Red Balloon, has crafted an achingly beautiful, seemingly autobiographical debut feature about homecoming, nostalgia, and aging in which she elicits a remarkable set of performances from her mother and father as they reminisce about the past and departed family members. The film will soon be one of the highlights of the New York Film Festival. 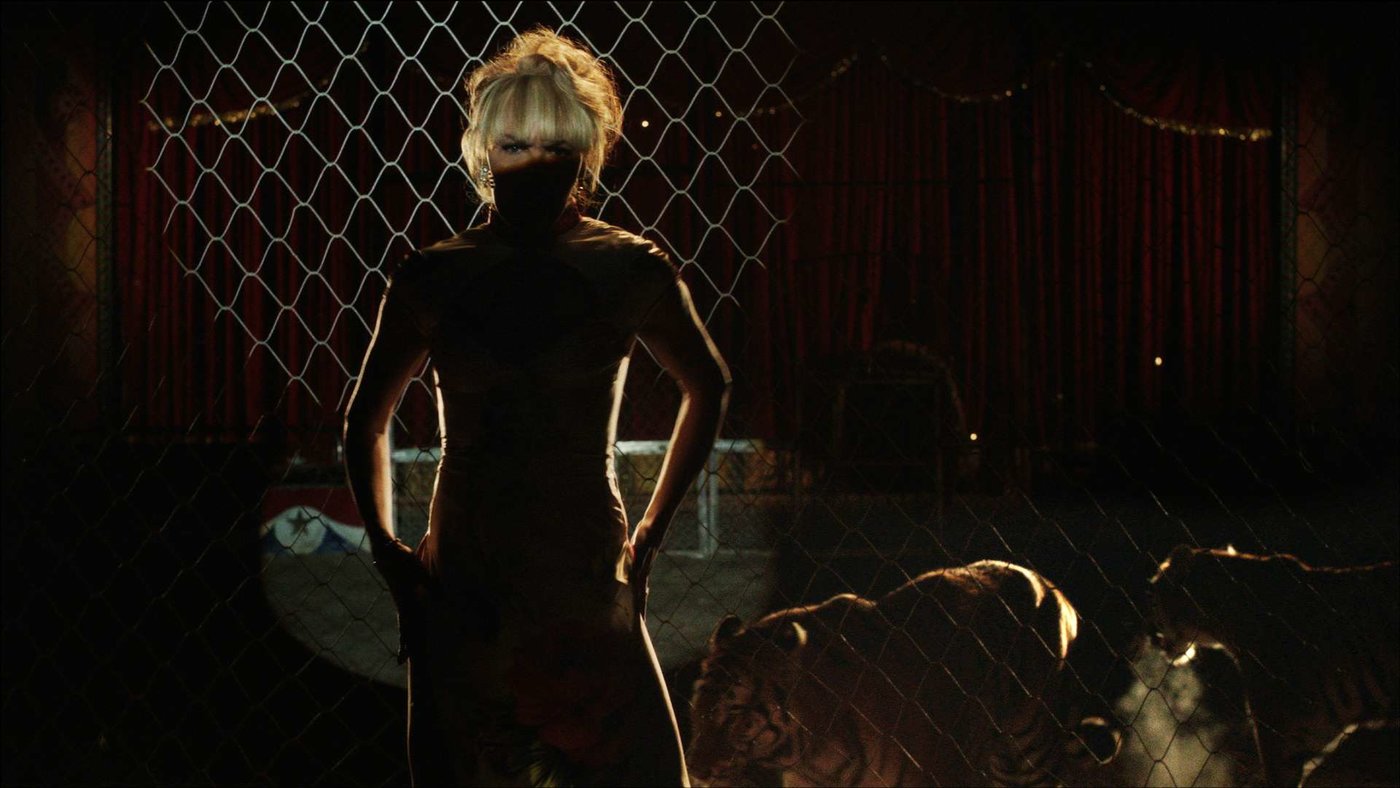 More ambitious, but rather less successful was The Last Time I Saw Macao (A Última Vez Que Vi Macau), João Pedro Rodrigues and João Rui Guerra da Mata's curious travelogue-genre film which follows its unseen narrator from Lisbon to Macao, where he had spent his childhood thirty years earlier, at the behest of his transsexual friend Candy, who is caught up in some "strange and scary things." At the level of the soundtrack, the film plays at being a crime thriller, with foley gunshots, offscreen screams, and crypto-Marlowe musings from its narrator. But its documentary images of the city do little to bolster this impression, and are far less compelling than those in last year's Red Dawn, the short film about the city's wet markets that Rodrigues and Guerra da Mata made at the same time. It also didn't help that Père, introducing the film, struck an ultimately unflattering comparison with the intricate and ruminative travelogues of the late Chris Marker. In the final account, the jury awarded the film a Special mention "to the extraordinary character Candy," played by Cindy Scrash, who lends her wonderful presence to a remarkable prologue (in which she vamps next to a cage filled with live tigers and lip-synchs to "You Kill Me," as sung by Jane Russell in Josef von Sternberg's Macao) and then all but completely disappears. Guerra da Mata also had a short in the festival, the deeply personal and beautifully realized As the Flames Rose—starring, produced by, co-written with, and dedicated to João Pedro!—which was far more deserving of attention than the feature and won a prize of its own. Artfully orchestrating archival footage and nostalgic period detail, Guerra da Mata subtly equates romantic tragedy with urban devastation, situating the 1988 fire that devastated Lisbon's historic Chiado district within a chamber drama of tormented love. 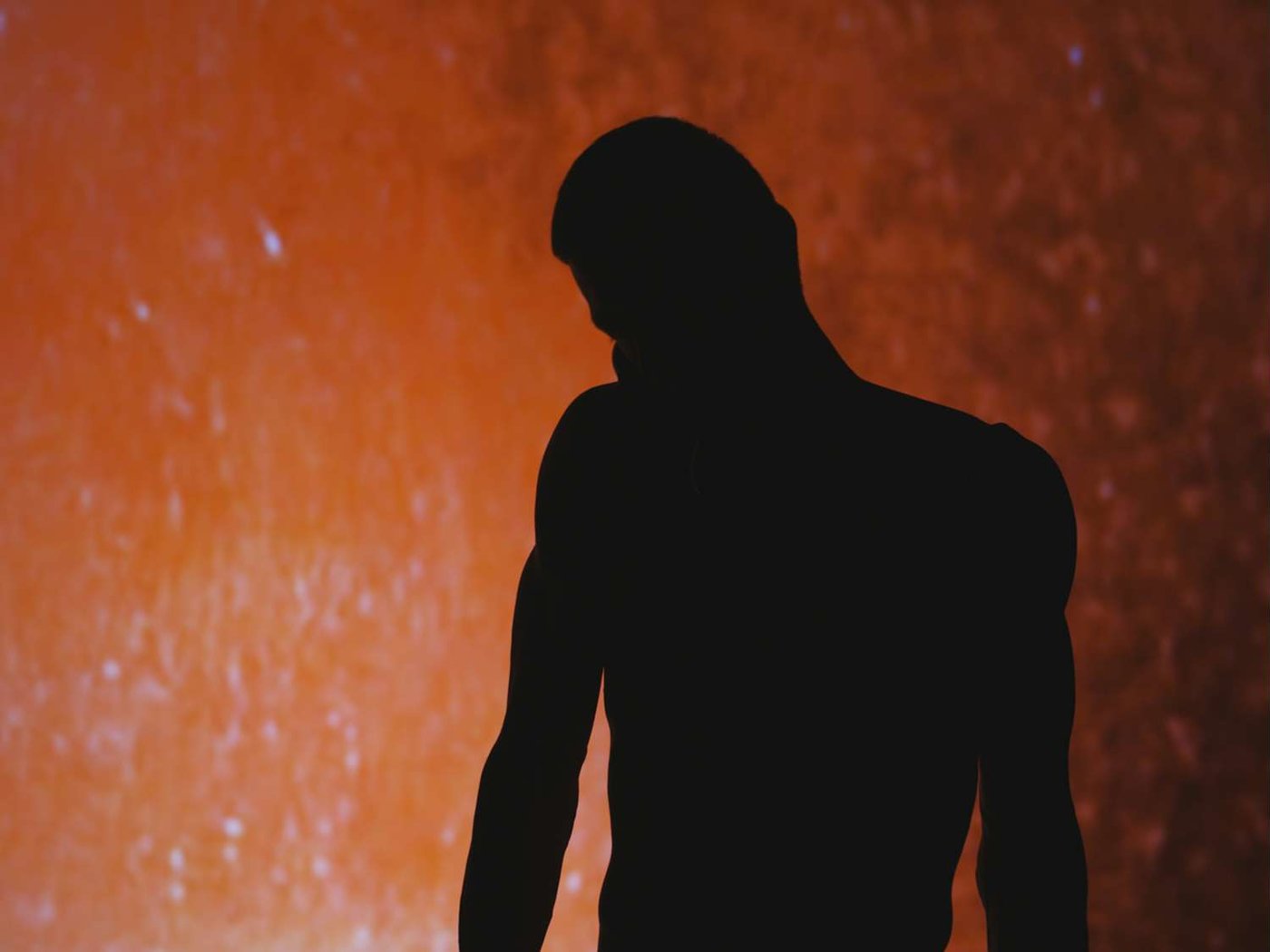 The festival's commitment to American independent cinema, especially its artier, post-mumblecore iterations, was in full force with a rather surprising main section Special Jury Prize for Bob Byington's quirky-depressing sad-sack comedy Somebody Up There Likes Me. The film is well-acted and occasionally quite funny, but is plagued by a credit-to-credit soundtrack of indie rock that flattens the film's edgier instincts into a slick miserablism that's a bit too familiar. Elsewhere, in the Cineasti del presenti category, Joel Potrykus won Best Director for the similarly miserable, but far riskier first feature Ape. A Faustian fable of what it means to be young, dumb, and funny in mid-size Michigan sprawl, obviously achieved with very little in the way of resources and very much in the way of weird, the film tells the tale of an unnervingly single-minded slacker (and low-level pyromaniac) who's struggling—and failing—to be a successful stand-up comic. This is the perfect film for those with a certain perverse schadenfreude for awkward, unfunny comedians or with a bloodlust for hecklers.

A touch more delicate in approach, Sean Baker's Starlet offers a nuanced and delicately framed portrait of an aging widow and the—is this a spoiler? I don't know!—rising pornstar who befriends her under unusual circumstances. Bolstered by sympathetic and surprisingly non-obvious performances from leads Dree Hemingway and Besedka Johnson, Baker's film approaches its chosen milieux—the adult entertainment industry and the sun-sapped suburbs of the San Fernando Valley—in ways that defy caricature. His approach to the characters' psychology and the unexpected curves of the plot similarly avoids convention, converting an idea that might have drifted into something blandly heartwarming into a surprisingly complex narrative. 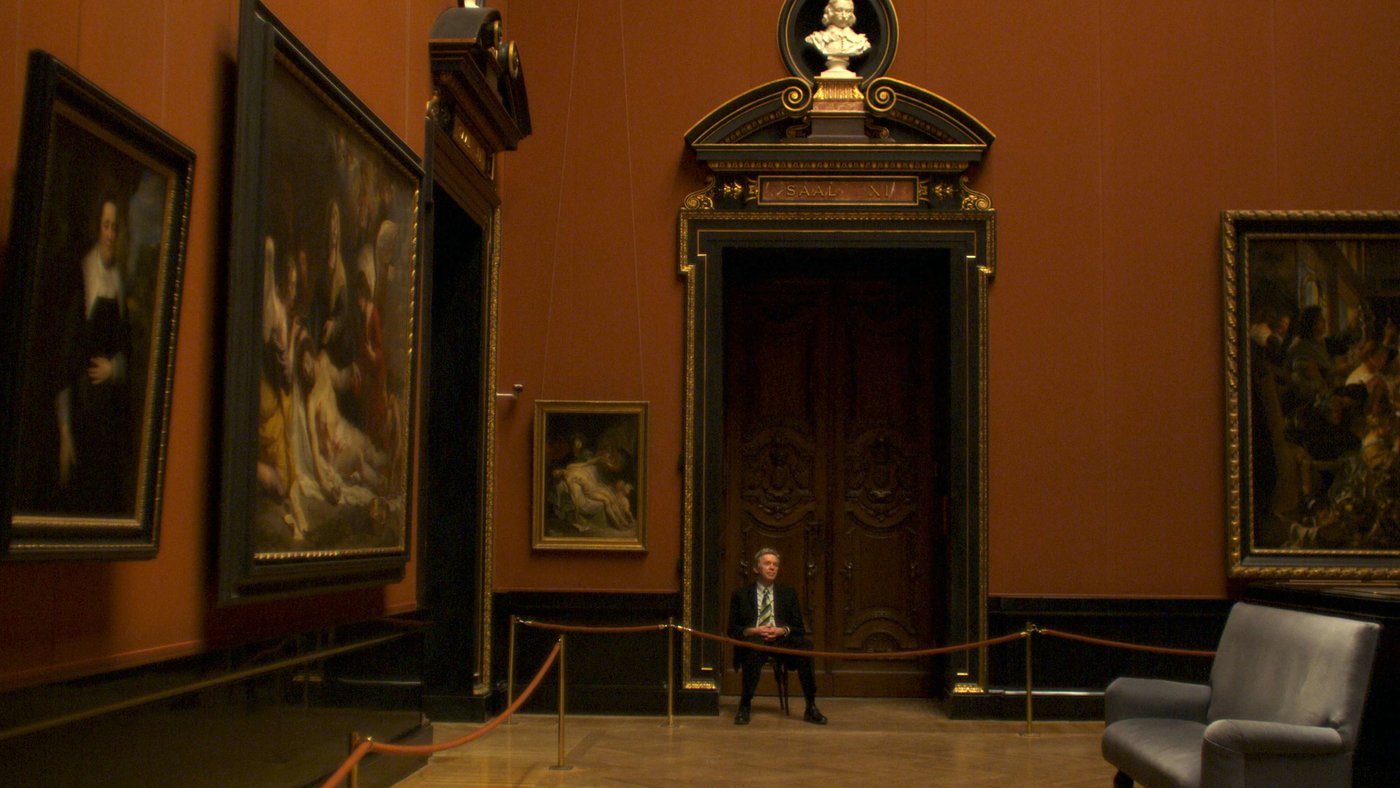 The festival's most impressive American narrative film—albeit an Austrian-funded film that takes place entirely in Vienna—was Jem Cohen's Museum Hours, yet another hybrid film that matches an incisive disquisition on art and politics with an exquisite character-study of a Canadian woman who befriends a guard at the Kunsthistorische Museum while adrift in the Austrian capital. Almost effortlessly, Cohen weaves together the film's many conceptual threads: the narrative of a growing friendship between two solitary middle-aged people, carefully rendered by two non-professional actors, songwriter Mary Margaret O'Hara and Bobby Sommer; gray-hued fragments of a city symphony and love-letter to the neglected richness of detail in everyday life; and an intelligent disquisition on art, its historical relationship to class, and its role, in the hands of Flemish Renassiance painter Pieter Bruegel, as a kind of precursor to documentary realism. 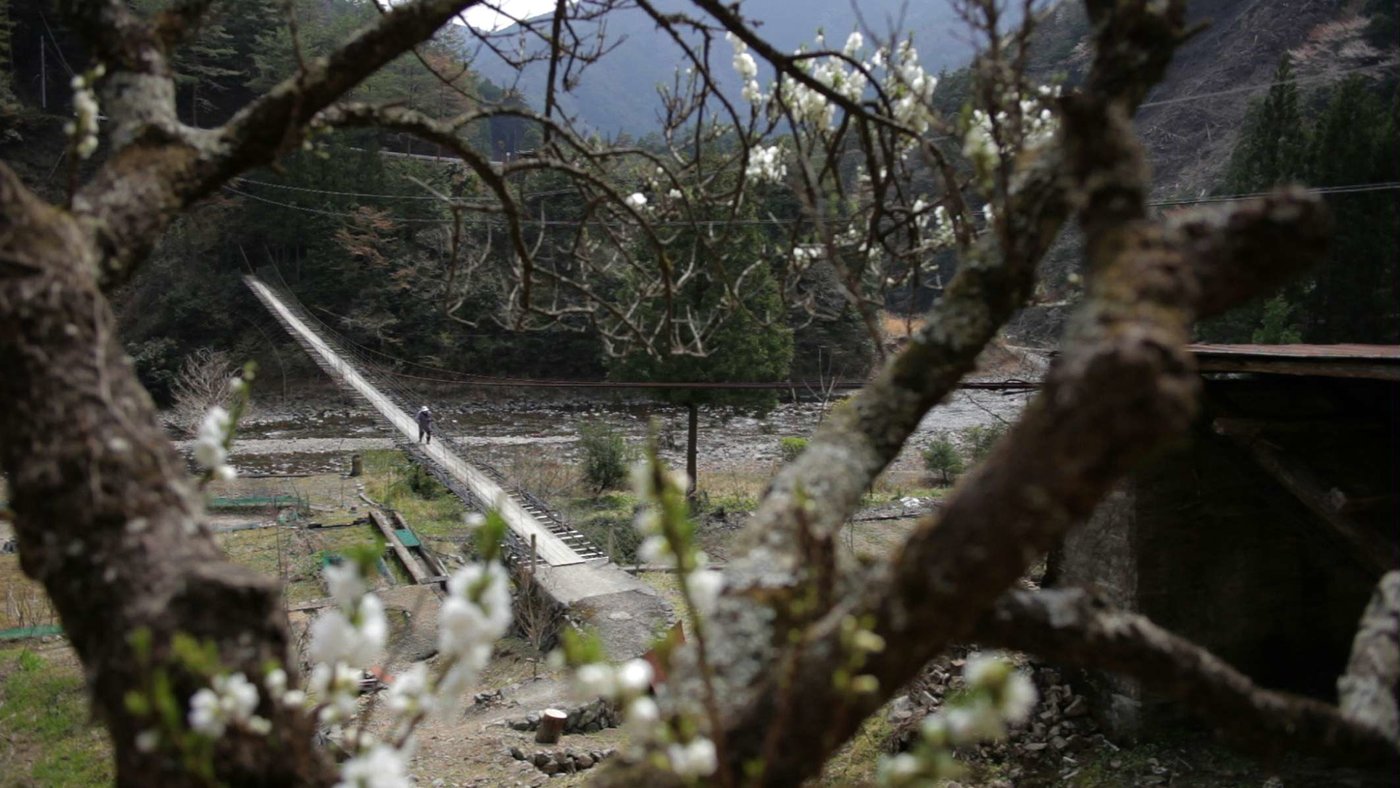 Cohen's interest in the many forms and reconsiderations of the real was echoed elsewhere in the festival, which frequently demonstrated a commitment to documentary's more experimental forms. The Cineasti del presente section honored two such works, including a Golden Leopard for Pedro González-Rubio's Inori. González-Rubio's film, which was produced by the Nara Film Festival, documents the life of a fading mountain village in Kanagawa in exquisite detail, following its largely elderly population through their daily regimen and pausing to contemplate the natural world that surrounds them. Shot in the immediate wake of the Fukushima Daiichi nuclear disaster, Inori takes on a mournful tone which González-Rubio answers with an almost palliative visual beauty, but also witty interjections of style and bursts of electronic music that hint at a carefully balanced hybridization of the immediate and the aestheticized ﻿similar to that he so nimbly deployed in his previous film, Alamar. 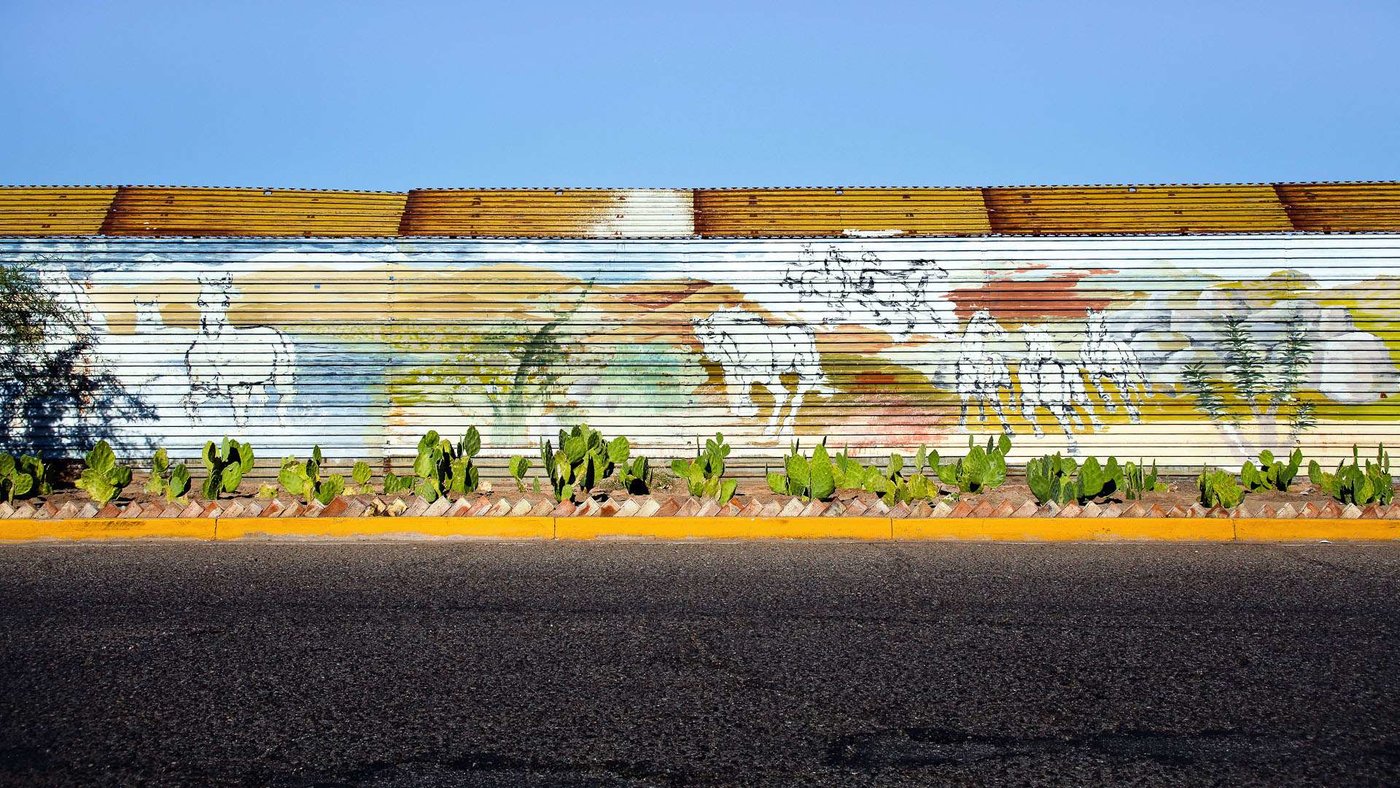 The same section awarded a Special Mention to Tectonics, Peter Bo Rappmund's follow-up to Psychohydrography. Like the previous work, a landscape film which documented the source of the Los Angeles River with digitally animated, near-psychedelic still images, Tectonics follows the U.S.-Mexican border from the Gulf to the Pacific, pausing on border patrol blimps, movie-western desertscapes, urban sprawl, and astonishing neon sunsets. As with his prior film, the effect is a remarkable experience, a kind of vicarious journey for the spectator, by which the tense, quivering images accrue and develop an understated political resonance, addressing the strange, divided landscape of the border in all its fractured complexity.

Other explorations of politics through geography were found in more or less literal ways. Libbie Dina Cohn and J.P. Sniadecki's People's Park offered a fascinating document of a public park in Chengdu, Sichuan province, in the form of a thrilling 78-minute single-take, floating among strolling families, Chinese opera-singers, and dancing elderly people. Introducing the film, Sniadecki claimed it as the longest single-take documentary ever made, but the film's single shot is no gimmick; it's an immersive document rendered in an exultantly democratized form. 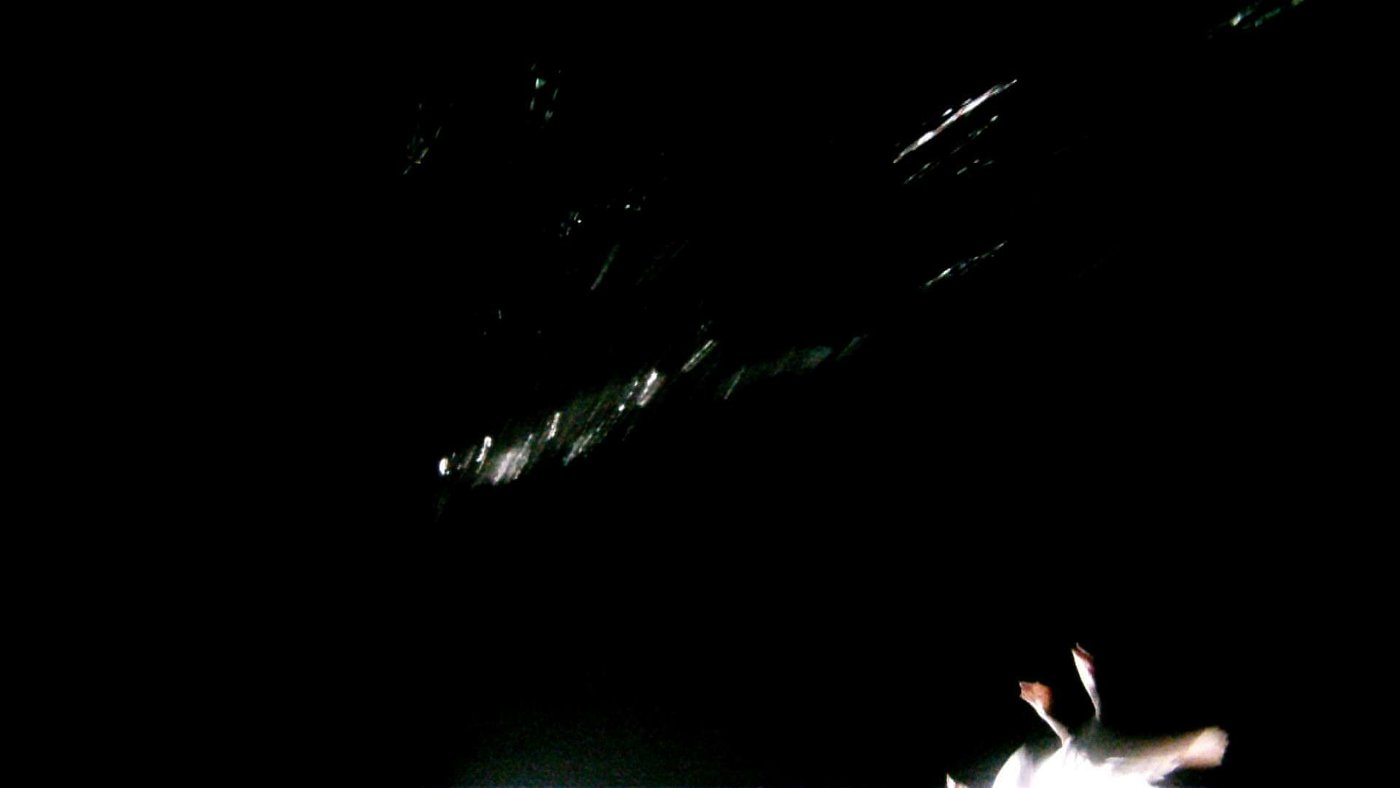 But by far the best competition film—and the most conspicuous omission from Locarno's awards—was Véréna Paravel and Lucien Castaing-Taylor's much-anticipated Leviathan. A terrifying plunge to the icy-black fishing waters off New Bedford, Massachusetts, Leviathan is one part nature documentary and two parts horror film, with intense anti-gravity cinematography that more closely resembles Snow's La region centrale than BBC's Blue Planet. It's an exhilarating demonstration of the digital image pushed to the limits of representation—well beyond the flat, surveillant hyperrealism of the crittercam and into a fully visceral realm of abstraction. Leviathan, as much as any film at this festival, offers new possibilities for the digital image, a McLuhan-esque extension of human audio-visual sensation on a scale that is alternately micro- and macrocosmic.﻿