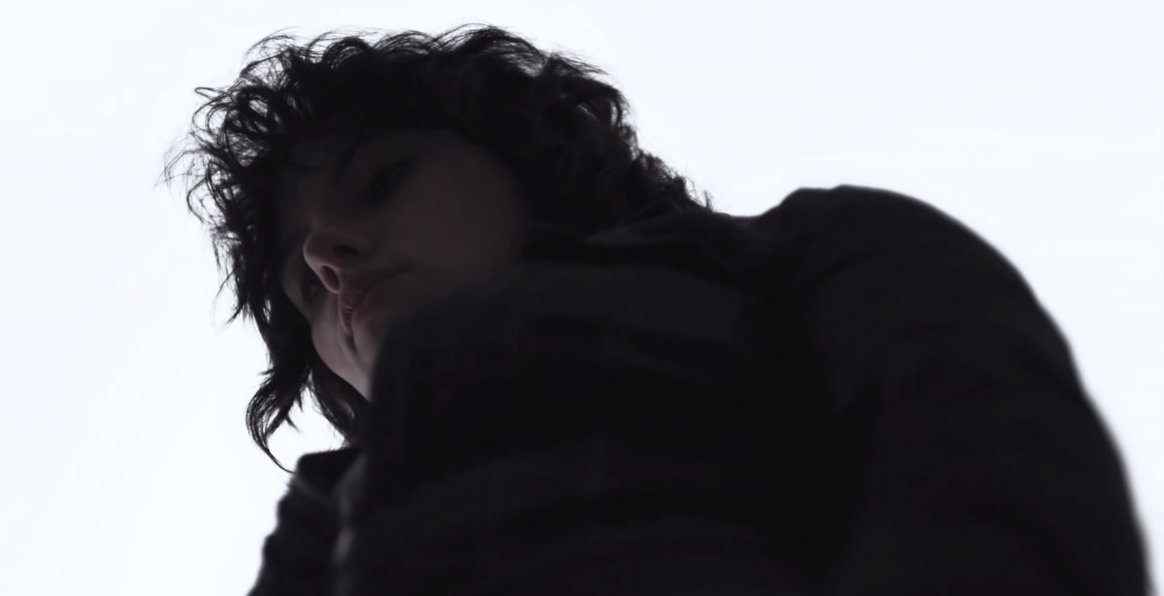 The first time we see Scarlett Johansson in Jonathan Glazer’s Under The Skin, she’s naked. In an all-white no-space, she takes the clothes off another girl—whose eyes are open and leaking tears but whose body is lifeless—for herself. Piece by piece, from belt to stockings to panties and back dressed up again, she takes over this other being’s character without a word. There are very few words throughout the film; most of the action, at least Johansson’s, can be described as looking. In fact, the majority of the first half of the film is this not-Scarlett driving a van around Scotland, looking—in effect, cruising.

In what I can only understand as an inheritance from Abbas Kiarostami, Glazer roots this “cruising” sequence of the film in a largely static mise en scène﻿ of blunt actuality. When not focused on Johansson from one of the artful-odd angles around the cab of the van, the cameras train their gaze out the windshield or passenger window on everyday people, one after another, the car’s movement rhyming with slight pans to create a predatory vibe in this the roving documentary of Northern Scotland’s streets, highways, nights, thick brogues. Occasionally, Johansson does stop the van to talk to strangers and we shift from Kiarostami-observation to a kind of candid camera gag without the reveal; she asks for directions, they mumble and point, a couple men enter her space (though not her, never her body). Glazer spent 1/8th of his budget on hidden camera design, so we’re looking at “real people” interact with this not-Scarlett, primarily answering questions about whether or not they (these men she questions) are alone. As the incidents repeat and accrue while the stuttering and wailing musical score cycles through itself during each encounter, it dawns on us: she’s not cruising, she’s hunting.

The film leans on the documentary aspects of these set-ups to create Johansson as doubly alien: a costumed character hunting for men, but also Scarlett Johansson in a kind of drag (to be not-herself in “real life”), seemingly in Scotland by chance, this encounter a rare brush with a rare beauty for the men she talks to on the roads. It’s a sly gambit that adds a welcome if cheeky layer of significance to the casting, and the notion of being an other, on the outside looking in—albeit from the inside of a van (or a costume, or a body, indeed a skin) looking out.

Naturally, she’s a successful hunter. She’s Scarlett Johansson after all, or before all; she’s pure estrogen. Her success: she lures a pair of men into a now all-black no-space that envelopes them from the feet up, the mirrored ground/surface giving way underfoot of the men as sand might, their reflections rising to meet them as their eyes disappear and she walks away, above their suspended bodies. We never learn exactly what they’re used for, if they’re used as such, though there are nods to The Shining (in reverse) and 2001 and Francis Bacon. It’s a post-human space, all images, these human (male) bodies shunted by light, with one becoming mere skin, not even flesh, after untold hours in aquatic suspension. 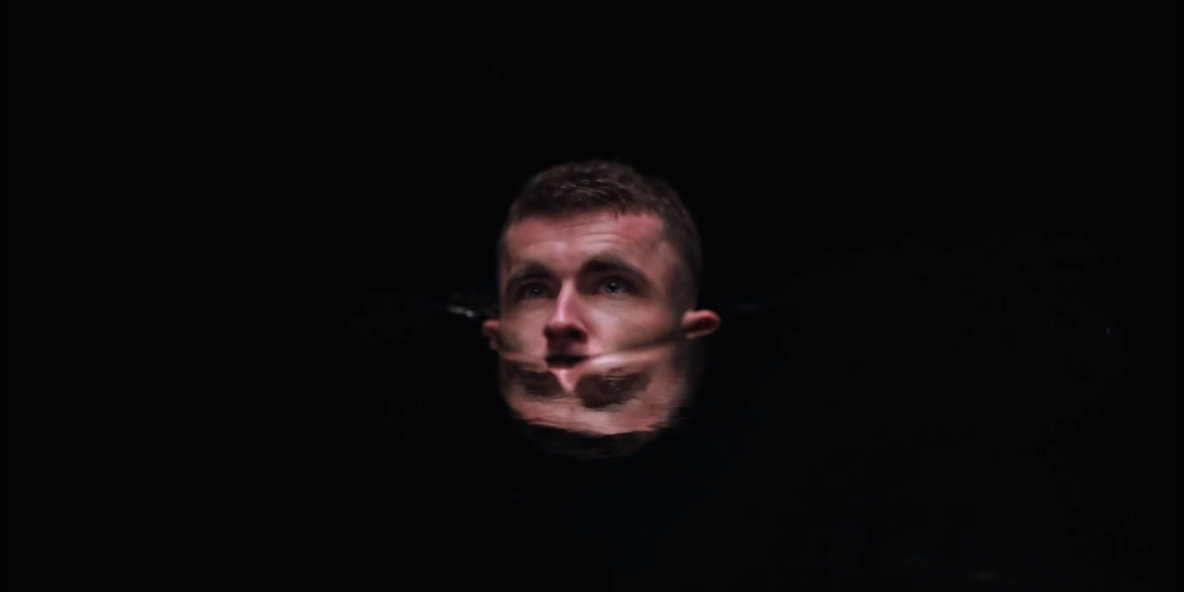 But the hunting only last so long. After encountering a young man with Joseph Merrick deformations, and successfully luring him into the void, she encounters herself—at a mirror. She seems to have never seen herself before, and it’s easy enough to spot the Lacan in the scene. Most science fiction is about reckoning the other in literal ways, and Under The Skin is no different. In fact, most of its visual metaphors are on-the-nose, from this mirror to the fog that Johansson enters after she quits this process of seduction-cum-cruising. However, the film’s tone is a fluid claustrophobia, like the mounting tide we see approach an abandoned 18-month-old (collateral damage in one “hunt”), waves of sound and image washing over one another, attributable both to the score by Mica Levi (haunting, Ligeti-like banshee-violins trembling for unnatural lengths) as much as the uncanny images Grazer has conjured (those liquid no-spaces, the lunar landscapes lined by arterial pavement outside the city, a body forced to peel itself). And there’s very little exposition.

The script was 45 pages, and focused on actions, on seeing this not-Scarlett develop behavior beyond her role as seductress. Her looking becomes curiosity, not covetous. It’s no accident that, post-mirror, she trades costumes. During her hunt, in the driver’s seat, she’s wrapped in a fur coat that meets her jet black bob along the collar to frame her face, a dish of alabaster punctuated by doll-red lips and eyes forever alert, wide, scanning. After the mirror, her eyes soften, and she abandons both her van and her fur; she next rides a bus, dons a leather jacket (and then an army surplus raincoat).

If it sounds trite on the page, that’s probably why Glazer wanted to make a film out Michael Faber’s novel: to align the story with her, this not-Scarlett, as a vessel for experience—a kind of redetermining of the everyday, how it might be new for this other, a she confused by her body and its power, its curves and holes alike, its very casing. An odyssey from absolute darkness to a sky as white as the snow falling through it, the film is a specific accrual of incidents, almost data mining through not-Scarlett’s conduit eyes, that illuminate behavior’s nascence and parabolic self-generation.