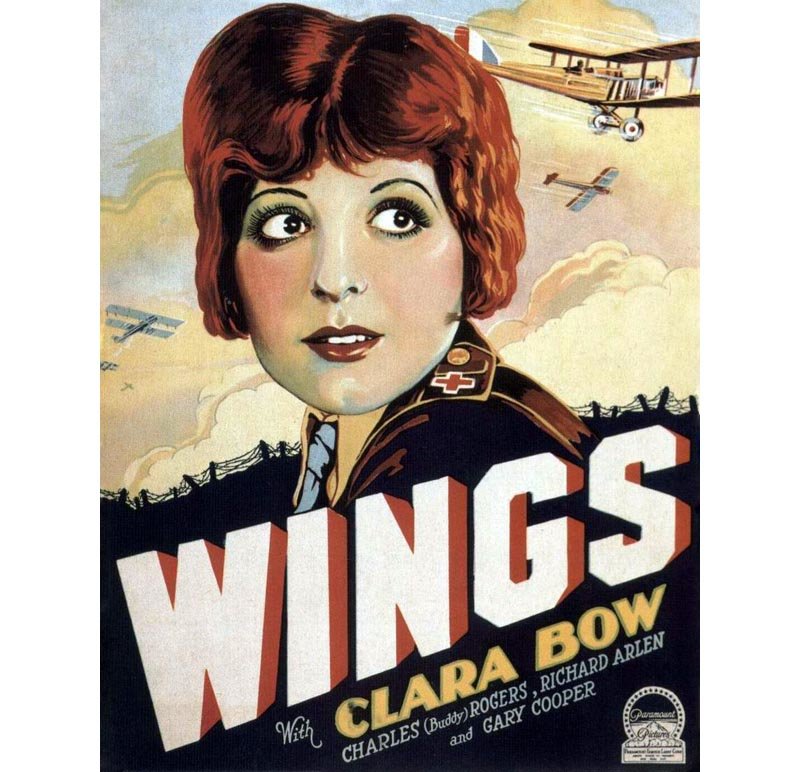 Paramount Pictures is celebrating its centennial with a "truly magnificent, high-definition restoration of William A Wellman's 1927 World War I epic Wings," as Dave Kehr puts it in the New York Times. It'll be screening at Seattle's Northwest Film Forum on February 13 but it's also out on DVD and Blu-ray on Tuesday, "the last of the Best Picture Oscar winners to appear on those formats in this country," as Daniel Eagan notes in a piece on the restoration for Smithsonian Magazine. Kehr points out that the famous flying sequences would be created digitally today and with "miniatures, rear projection and optical printing" in the 30s and 40s. "But in 1927 the only way to capture these effects was to perform them in front of live cameras, and Wellman found himself at Fort Sam Houston in San Antonio commanding a 220-plane escadrille staffed by Army airmen and Hollywood stunt flyers."

This first-ever winner of an Academy Award for Outstanding Picture "possessed many of the qualities that would define future Oscar winners," he adds: "a huge budget (two million 1927 dollars); a sweeping historical subject that incorporated thrills, romance and sentiment; the leading female star in the country (Clara Bow, at the height of her notoriety as Hollywood's 'It' girl) flanked by a pair of handsome newcomers (Buddy Rogers and Richard Arlen); and an innovative use of technology." As for the Blu-ray, it's "about as perfect a presentation of a silent film on a home video format that I've ever seen" — and Gary Tooze "can't see anyone complaining about what we are supplied with here — excepting maybe too much grain removal."

[Update, 1/25: Jaime N Christley reviews the Blu-ray for Slant: "A good hand, played well. Given the likelihood of The Artist's forthcoming Oscar ascendancy, Paramount knew what they had, what to do with it, and when to do it. Update, 1/28: John McElwee posts some gorgeous memorabilia and points us to some online viewing of historical interest.﻿] 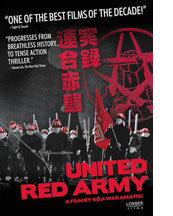 "The story of the radical left in the 60s and 70s has proved to be fertile ground for many filmmakers and by now constitutes a mini genre unto itself," writes Dennis Lim, noting such examples as Uli Eder's The Baader Meinhof Complex (2008), Volker Schlöndorf's The Legend of Rita (2000), Christian Petzold's The State I Am In (2000), Marco Bellocchio's Good Morning, Night (2003), Steven Soderbergh's Che (2008), Olivier Assayas's Carlos (2009) — and Koji Wakamatsu's United Red Army (2010), now out on DVD from Kino, in which the filmmaker "emphasizes the tragic failures of his protagonists without trivializing their urgent desire for change."

Also in the Los Angeles Times, Susan King and Jasmine Elist: "The Producers Guild of America gave its top prize to The Artist Saturday night, confirming the black-and-white film's status as an Oscar front-runner heading into the nominations for the 84th Academy Awards Tuesday morning. The PGA and the Academy of Motion Picture Arts and Sciences have agreed on best picture winners the last four years."

Adrian Curry, of Movie Poster of the Week fame, has posted his best-of-2011 list.

New York. "Jack Shainman Gallery is pleased to announce a solo exhibition of new work by Michael Snow.  The show will examine the act of looking and the process of viewing though projections, holography and photo-based works." On view through February 11.

Viewing (123'53"). Press Play posts Star Wars Uncut: Director's Cut, which "may be the strangest, most enchanting fan remake of that classic ever attempted."

And finally for today, TheWrap's Sharon Waxman reports that Bingham Ray, recently named named executive director of the San Francisco Film Society, has had a stroke at Sundance and in now recovering in a Provo Hospital. We hope his road to recovery is quick and smooth.