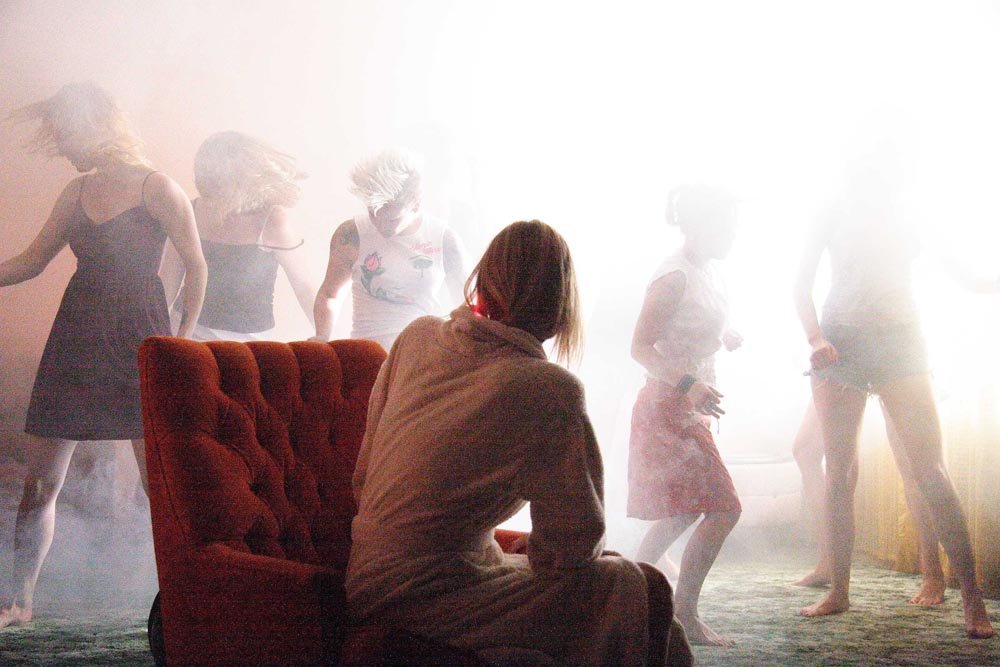 I'm only just now catching up with this year's edition of De Filmkrant's best-known project, Slow Criticism 2012, for which editor Dana Linssen has invented a new game: "It is called The Other Side(s) of the World and includes a lot of cinephile Wanderlust and cybernetic travel schedules. With the kind assistance of the International Film Festival Rotterdam (that made the films available trough a preview stream) we have assembled a dossier with reviews of most of the premieres in the Bright Future section. Playing along were film critics from all over the world who embarked on a virtual journey to see a film that came from a country or film culture that was as far from their current location as possible. Or was it?"

Adrian Martin and Cristina Álvarez López launch this collection of journeys with an essay on the "intimate connection between cinephilia and travel," in which they note that Deleuze "tagged Franz Kafka as the exemplary 20th century artist who grappled with depicting the disconcerting mutations of the modern world: he imagined, for the first time, strange 'mixtures' or 'phantom machines' — 'a telephone in a train, post-boxes on a boat, cinema in an aeroplane.' Kafka's fiction tuned, prophetically, into the merging or interpenetration of the two great mechanical-industrial systems of the last century, the system of transportation (plane, train, automobile) on the one hand, and the system of recording/communication apparatuses (photography, TV, film, video, computer) on the other. 'Is this not the whole history of cinema?', asked Deleuze… While traditional science fiction invents sophisticated machines to realize that eternal fantasy of crossing time and space, some directors know that this machine already exists." David Lynch's Inland Empire (2006) "goes further than simply realizing the film = dream equation, since it is also among the great movies that delves — following Kafka's early lead — into cinema as a generator of 'unexpected aspects' of Utopia, unforeseen textures of the techno-dream of our time."

The project proceeds, then, with...

More reading. "Silent film is another country. They speak another language there — a language of gestures, stares, flapping mouths, halting or skittering walks, and sometimes movements and expressions of infinite intricacy and beauty." David Denby in this week's New Yorker on the acting styles of Garbo, Buster Keaton, Louise Brooks, John Barrymore, Lon Chaney, Douglas Fairbanks, Rudolph Valentino and more.

David Bordwell notes that the popularity of the piece he wrote on Tomas Alfredson's Tinker Tailor Soldier Spy last month "suggests that people can enjoy a film even though major aspects of the plot escape them. Everybody loves a mystery, right?" So he's followed up with another, "which reflects a little more on the film, while arguing that le Carré's development as a novelist offers a fascinating example of a writer trying out various methods of storytelling." 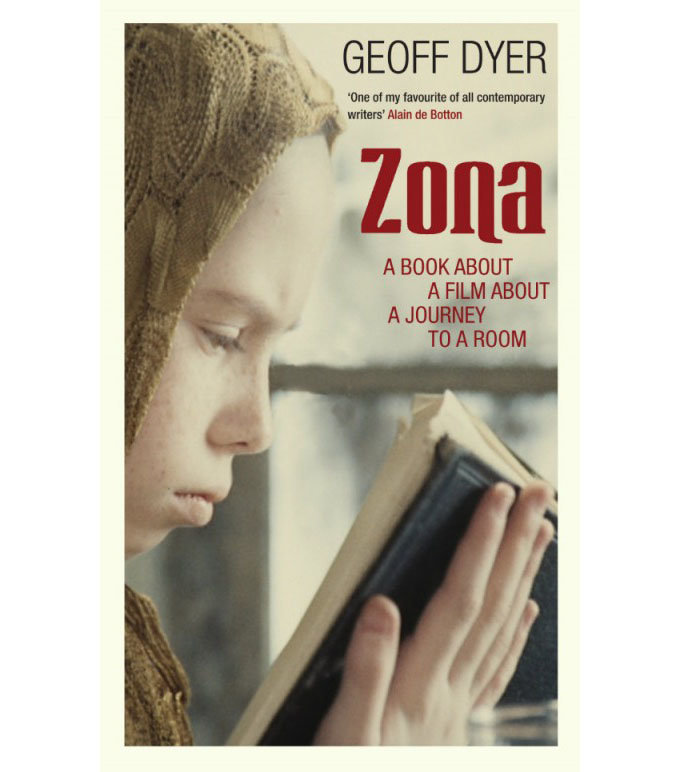 "'So what kind of writer am I, reduced to writing a summary of a film?' wonders Geoff Dyer half way through Zona," begins Rose McLaren in the White Review. "Such casual questions of 'kind' are in fact germane to his enterprise. For, as he follows Tarkovsky's Stalker, itself an unorthodox masterpiece, Dyer is discreetly redefining his own genre. Zona poses an alternative model for the academic essay."

"[M]ovies based on other movies reinforce lazy generalizations about human behavior," argues Grady Hendrix. "We've been taught that people act a certain way, not by the way people actually act, but by the way movies show them acting."

"All of my causes, including the most radical, are motivated by the defense of animals." Henry-Jean Servat gets a rare interview with Brigitte Bardot, now 77. Also in Vanity Fair, Sam Kasner has a good long talk with Sophia Loren, also 77 (Bardot and Loren were born eight days apart in 1934). And then there's Lillian Ross's briefer chat with Anjelica Huston.

This year's Writers Guild Awards go to Woody Allen for Midnight in Paris, Alexander Payne, Nat Faxon and Jim Rash for The Descendants and Katie Galloway and Kelly Duane de la Vega for their documentary Better This World.

Anyone who's seen I Am Legend (2007) will figure that a sequel, particularly a sequel starring Will Smith, would be out of the question. But that's not stopping Warner Bros. Jay A Fernandez has more in the Hollywood Reporter.

Viewing (6'16"). Twitch's Todd Brown introduces a trailer, and that's right, it runs over six minutes: "Indonesia's Garin Nugroho won acclaim around the world with his 2008 effort Opera Jawa — a film that fused elements of music, traditional dance and opera as part of a project commemorating the 250th birthday of Mozart. And Nugroho will return to Indonesian screens in June with Soegija, a film chronicling the turmoil at the end of the Dutch occupation of Indonesia."

Obit. "As a B-movie actress in the 1940s, Elyse Knox was perhaps best known for the only horror film she ever made, The Mummy's Tomb, with Lon Chaney Jr as the monster who kidnaps her," writes Valerie J Nelson in the Los Angeles Times. "Knox, who appeared in nearly 40 movies, died Thursday at her home in Los Angeles, her family announced. She was 94."