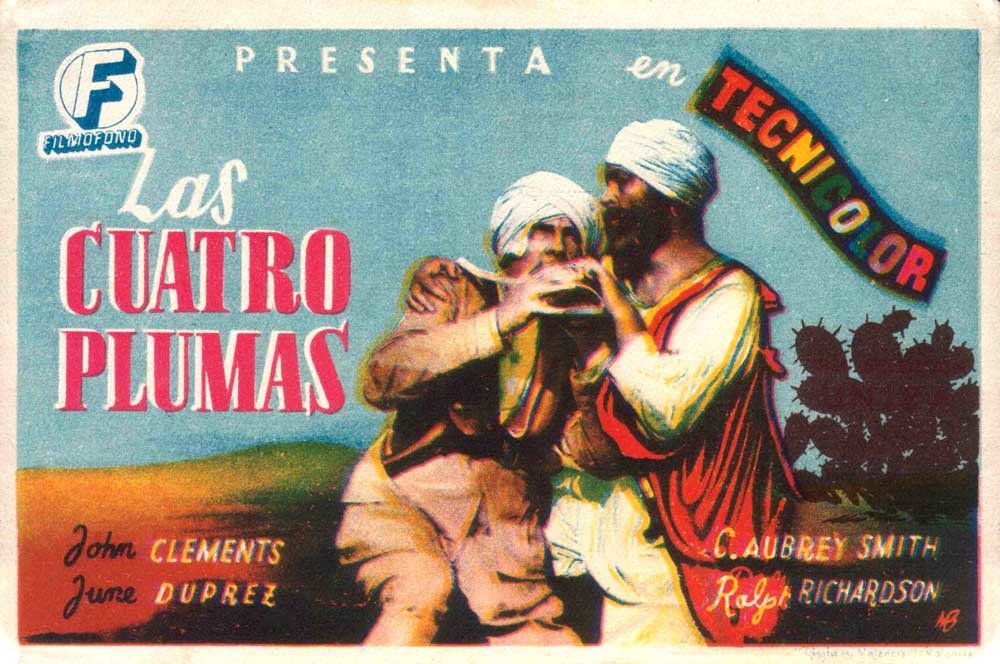 "Alexander Korda's production of The Four Feathers, the most popular film version of a 1902 British adventure novel set during the Sudanese Mahdist revolt in the late 19th century, retains on its surface pro-Empire bravado and a streak of colonialist supremacy," writes Bill Weber in Slant. "But as vintage 1939 English-regiment actioners go, it has the edge on Hollywood's Gunga Din in authentic, epically framed locations, a lush Technicolor palette, and a lesser racist taint." Criterion's release is a "landmark physical production is handsomely remastered and preserved, even if the bloom has gone off the rose of its imperial England." Speaking of which. As you've likely heard, perhaps on Start the Week (see Mon, Oct 11), Richard Gott's Britain's Empire: Resistance, Rebellion and Repression has kicked up a bit of dust recently. Verso has a quick primer.

Identification of a Woman is Michelangelo Antonioni's "foolishly underrated 1982 film about men and women, love and cinema," writes John Powers for Criterion. "When it first came out, the responses were furiously divergent — it won a prize at Cannes, got creamed by the New York Times — but three decades on, it's easier to assess its place in Antonioni's career. Made when he was nearing seventy, this is one of those autumnal movies — think Rio Bravo or An Autumn Afternoon — in which an aging director allows himself to be more relaxed and genial than in his most finely tuned work. Far from serving up a major statement about the human condition — something Antonioni was never shy about doing — Identification of a Woman comes tinged with modesty and irony. His first feature set in Italy since 1964's Red Desert, it finds him taking a provisional measure of how the modern world has been shifting around him."

Matt Damon and Ben Affleck are teaming up with Boardwalk Empire screenwriter Terence Winter on one of three Whitey Bulger projects in the works (Playlist).﻿

In Part 5 of All Things Shining, a series of video essays on Terrence Malick for the Museum of the Moving Image, Matt Zoller Seitz and Serena Bramble turn to The Tree of Life.

The Los Angeles Review of Books has launched a week-long series on Joan Didion. "My favourite film," a new series at the Guardian, begins with Peter Bradshaw on Martin Scorsese's Raging Bull (1980). And yesterday saw not only a new trailer for Scorsese's Hugo but also a trio of custom-designed posters for the "Mob Trilogy" by Ibraheem Youssef.

Speaking of new posters, Hopko Designs has done some nice work for the 15th anniversary of Doug Limon's Swingers. ﻿