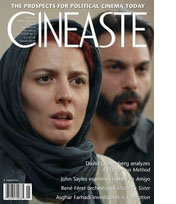 Too bad the critical symposium in the new, Winter 2012 issue of Cineaste isn't online. Participants evidently include Gianni Amelio, Olivier Assayas, Costa-Gavras, Robert Greenwald, and Sally Potter, "among others," but until we get our hands on the print edition, we'll have to make do with what is online, which, after all, is plenty: Patrick Z McGavin on Dave Kehr's When Movies Mattered: Reviews from a Transformative Decade, Richard James Havis on Kyung Hyun Kim's Virtual Hallyu: Korean Cinema of the Global Era, Andrew Horton on New Zealand Film: An Illustrated History and Henry K Miller on Brutal Intimacy: Analyzing Contemporary French Cinema and The New Extremism in Cinema: From France to Europe. And that's just the book reviews.

Besides the interviews with Mona Achache and Charlotte Rampling and festival reports (Locarno, Toronto and Montreal), the 15 reviews include David Sterritt on Kubrick's The Killing (1956), Joseph Luzzi on Raffaello Matarazzo, Michael Atkinson on Jim McBride's David Holzman's Diary (1967) and Dan Georgakas on Jules Dassin's Phaedra (1962).

In other news. Mojtaba Mirtahmasb, who worked with Jafar Panahi on This Is Not a Film, has been released from Evin Prison after three months in jail, reports Payvand Iran News. Mirtahmasb was one of six Iranian filmmakers accused of collaborating with BBC Persian and arrested in September. The other five had all been released when Mirtahmasb met bail ($200K) Saturday night.

"Sam Waynberg, who produced films by Polanski and Fassbinder as well as most of the films in the long-running Israeli Lemon Popsicle sex-comedy franchise, died on Dec 3 in Gstaad, Switzerland," reports Variety. "He was 86. Born in Poland, Waynberg was interred in a Nazi concentration camp during WWII, after which he remained in Germany and worked as both a producer and distributor." His credits include Polanski's Repulsion (1965, as associate producer) and Cul-de-sac (1966, as executive producer), Fassbinder's Querelle (1982) and Andrzej Wajda's Gates to Paradise (1968).

Lists. "How good was 2011 for cinema?" asks the AV Club. "So good that even an unusually tepid awards-season crop didn't keep us from expanding from our Top 10 lists to a Top 15 (plus a bonus five), which still left a diversity of great films off our ballots. If there's a common theme to the year's best, it's the wealth of ambitious personal visions, from Terrence Malick evoking creation to tell the story of his upbringing in The Tree of Life to Martin Scorsese channeling his boyhood enthusiasm for spectacle in Hugo to Kenneth Lonergan finally delivering the beautiful, wounded Margaret after six years in post-production purgatory." Collectively, Sam Adams, Noel Murray, Keith Phipps, Nathan Rabin, Tasha Robinson, Scott Tobias and Alison Willmore have put The Tree of Life at the top of their 15. 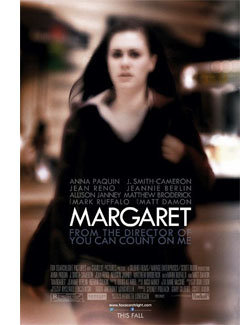 Margaret's #1 for Kristopher Tapley: "It bears the scars but wears them as a badge of honor and, in some ways, they become inherently tied to the themes being explored. It wasn't released, it escaped, and it's the best film of the year." For a quick primer on the film's travails, see Mike D'Angelo in the Nashville Scene. Meantime, Ben Sachs, blogging for the Chicago Reader, sets Margaret next to Bridesmaids and finds himself "surprised by how much the films had in common."

Salon's Andrew O'Hehir: "I'm informally declaring a tie at the top of my list between Poetry and Melancholia, which I think are both genuine masterpieces, with Coriolanus and Take Shelter just a smidgen of a smidgen behind."

#1 for Anne Thompson this year is Wim Wenders's Pina: "You have never seen anything like this dramatic and vibrant combo of technology, music, dance, documentary, and eulogy." Her list is followed by those from several Thompson on Hollywood contributors.

The annual Black List, which ranks un-produced screenplays floating around Hollywood according to votes cast by those who read them for a living, and the Los Angeles Times' Nicole Sperling lays out all 73 entries: "It's interesting to see how many young writers are already repped by major agencies, a shift Black List founder Franklin Leonard attributes to the brisk acquisition marketplace this year — during 2011 about 100 scripts have been picked up by studios or independent distributors." At the Atlantic Wire, Richard Lawson decides which of these ought to get made — and which not.

Also in the LAT, Amy Kaufman reports that the African-American Film Critics Association has named Terrence Malick's The Tree of Life best picture of the year. Best Director: Steve McQueen for Shame. Lead actor and actress: Woody Harrelson (Rampart) and Viola Davis (The Help). Kaufman's got the full list.

"Becoming the fifth critics groups to do, the Indiana Film Critics have chose Michel Hazanavicius's The Artist as its best film of the year, topping runner-up The Descendants," reports indieWIRE's Peter Knegt. "Other big winners included Elizabeth Olsen, Viola Davis (in supporting), Christopher Plummer and Paul Giamatti, all of whom took acting prizes." And of course, he's got the full list of winners. 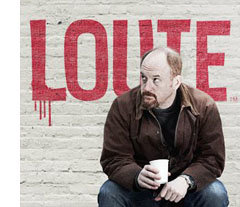 #7 in the Chicago Reader's JR Jones's countdown of his top ten films: Michael Webber's "startling documentary" The Elephant in the Living Room.

New York. Today through Friday, Rooftop Films, in conjunction with four NYC venues, will be presenting a series of Films for the Occupation, four programs of films focusing on the issues raised by Occupy Wall Street.

Rediscovery. In Sight & Sound, Ross Lipman argues the case for raising funds to restore JL Anderson's Spring Night, Summer Night (1967), which he notes was once described in the Voice as "the missing link between Shadows and The Last Picture Show."