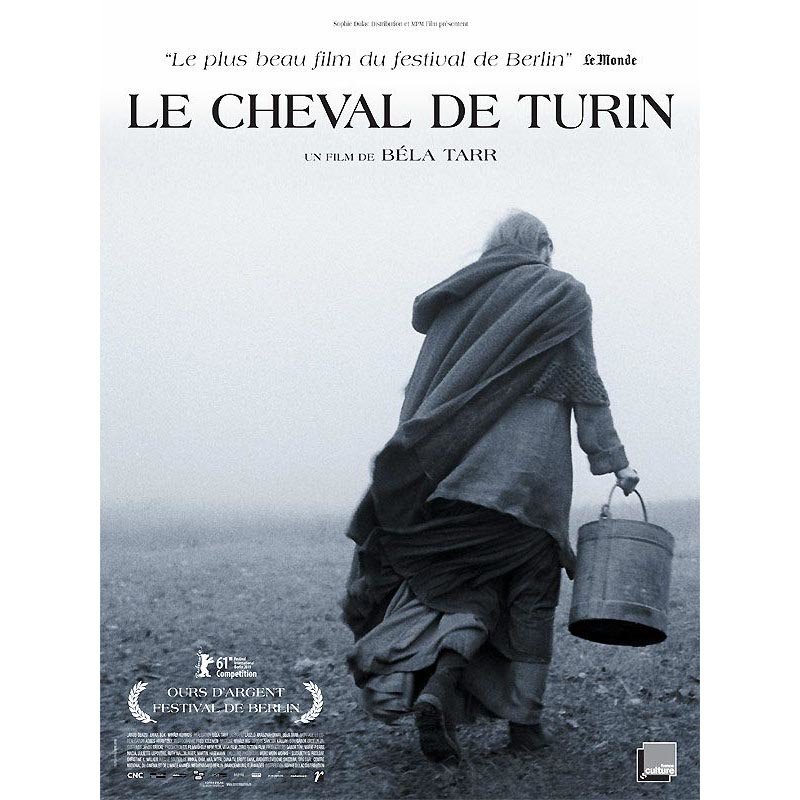 With The Turin Horse opening in France on November 30 and the Béla Tarr retrospective at the Centre Pompidou running from December 3 through January 2, Capricci will be releasing Jacques Rancière's Béla Tarr, le temps d'après on November 29.

David Lynch's new album, Crazy Clown Time (which, again, you can listen to in full at NPR for the time being), has the Guardian building an annex to its special section on Lynch, "David Lynch's Film&Music," wherein you'll find Xan Brooks's interview, Cath Clarke on the newly rediscovered 50 minutes of never-before-seen footage from Blue Velvet (they'll be "re-edited — supervised by Lynch — into an extra on a new DVD celebrating the film's 25th anniversary (available early next year in the UK)," Michael Hann listening in while Lynch and ZZ Top's Billy Gibbons discuss "the beauty and power of industry" and more. Related listening: Lynch and 'Big' Dean Hurley's mixtape at Pitchfork.

"When it comes to short film distribution in the US, it doesn't get much better than the quarterly Wholphin anthology, and so we're thrilled to be featured front and center in the latest edition," writes David Lowery, whose Pioneer is featured on the cover of Issue 14.

Obit. Richard Gordon died on Tuesday at the age of 85. Dennis McLellan in the Los Angeles Times: "Beginning his more than two-decade career as a producer in the mid-1950s, Gordon executive-produced movies such as Corridors of Blood with Boris Karloff and Christopher Lee, The Haunted Strangler with Karloff, Island of Terror with Peter Cushing and Fiend Without a Face and First Man Into Space, both with Marshall Thompson. He later produced films such as The Cat and the Canary, Horror Hospital and Inseminoid. 'Gordon's horror and sci-fi movies changed with the times, incorporating slasher-type violence and some nudity because of the demands of the marketplace,' [Tom] Weaver, whose book-length interview with Gordon, The Horror Hits of Richard Gordon, was published this year, said in an email. 'But his heart was in the Golden Age of horror movies he grew up with, and actually paid tribute to, even in the goriest of his pictures.'"

Viewing (1'46"). From Emissions in the Dark, an "extraordinary trailer for Anhey Ghorhey da Daan (Alms for the Blind Horse). Sallitt says it played at Venice and is playing at NYC’s South Asian Fest on 11/13."

And more viewing, here from Ken Jacobs. 3D glasses are recommended, but frankly, without them, there's a (probably unintentional) effect that works quite nicely, a nervous and incomplete convergence of the red and the blue. Thanks to David Phelps for the heads-up:﻿

For news and tips throughout the day every day, follow @thedailyMUBI on Twitter and/or the RSS feed.﻿﻿﻿﻿