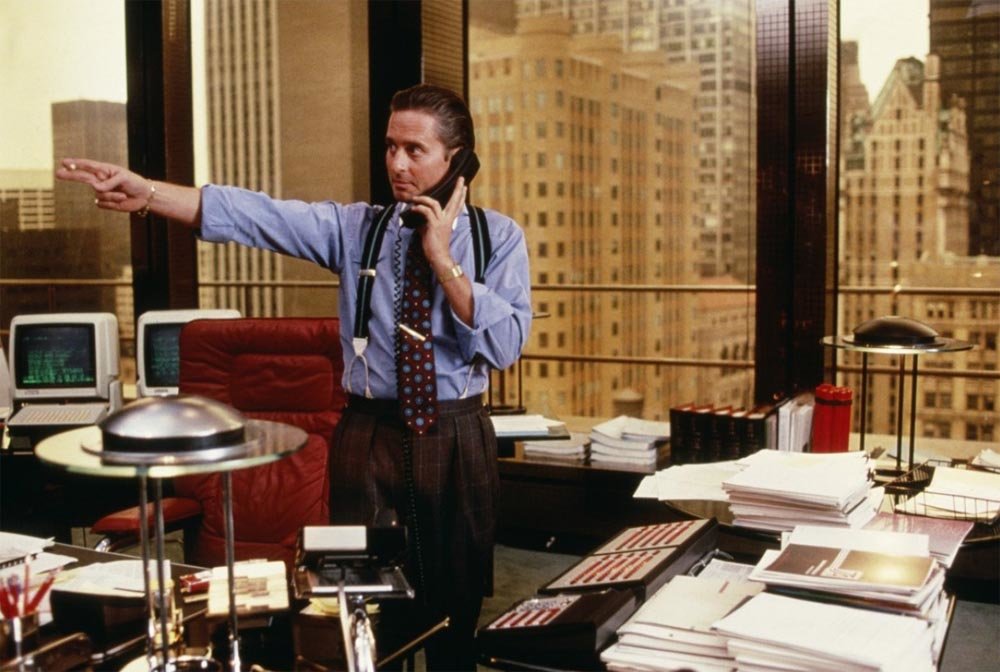 J Hoberman hasn't even broken his stride since the Village Voice let him go back in January. Not only does he carry on reviewing films week in and week out, only now at Artinfo, he's also turned in several amazing long-form pieces — on, for example, Geoff Dyer's Zona (and by extension, Tarkovsky's Stalker) in the New York Times (where Manohla Dargis and AO Scott have asked him about the current state of film culture), on Terence Davies for the New York Review of Books and, in yesterday's Los Angeles Times, on Oliver Stone's Wall Street, which turns 25 this year: "Gordon Gekko, portrayed with vulpine, Oscar-winning gusto by Michael Douglas, has added a remarkably durable archetype to American mythology — the personification of capital." Watch Hoberman then segue into Mitt Romney via Karl Marx.

The other Marx is name-checked in another new piece, this one for Tablet, on the Jewishness of the original Three Stooges, the occasion being, of course, the new film by Peter and Bobby Farrelly. The Stooges — and according to David Kalat at Movie Morlocks, "depending on how you count," they "number as many as 12" — have never made Hoberman laugh, but he does find that they embody a certain "pathos — that of the half-Americanized, lumpen proletariat prosteh yid." 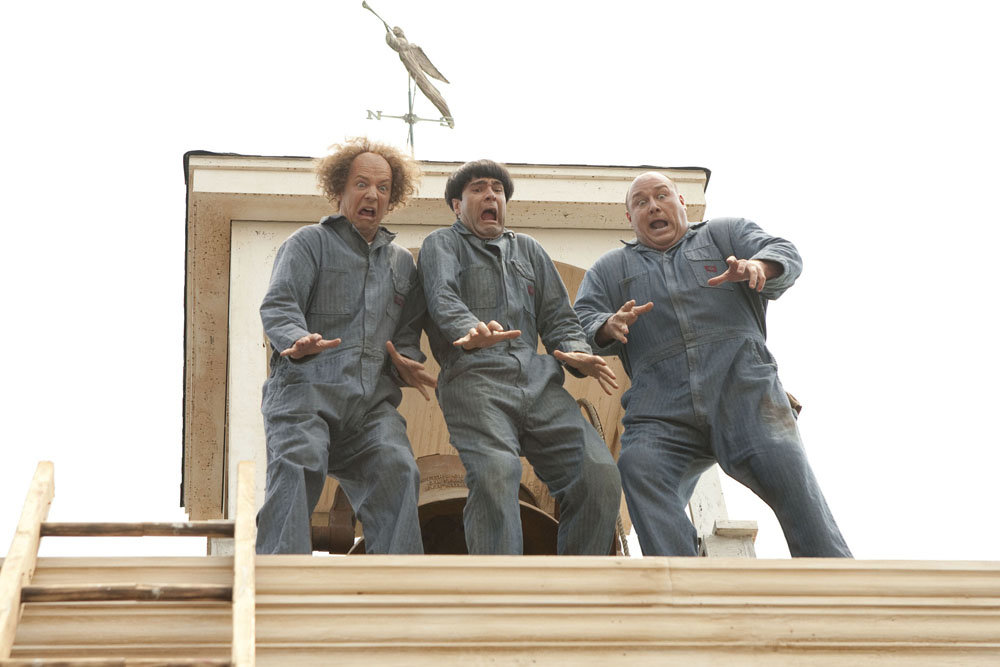 In other news. Ann Hui's A Simple Life "swept all the major categories of the Hong Kong Film Awards on Sunday," reports the AFP.

Fernand Melgar's Special Flight won both the Anne Dellinger Grand Jury Award and the Center for Documentary Studies Filmmaker Award at the 2012 Full Frame Documentary Film Festival, which wrapped last night. Says the jury (PDF): "Melgar takes us deep inside the world of detained immigrants in Switzerland. With incredible access and patient observation, we experience the complex and powerful relationships between the captives and their captors. An exceptional work of vérité filmmaking, Special Flight forces us to confront the contradictions of humane incarceration." A Special Jury Award was presented to Ra'anan Alexandrowicz's The Law in These Parts, while the Audience Award goes to Andrew Garrison's Trash Dance.

In the works. Pedro Almodóvar will direct José María Yazpik and Javier Cámara in The Brief Lovers, reports the Latin American Herald Tribune.﻿