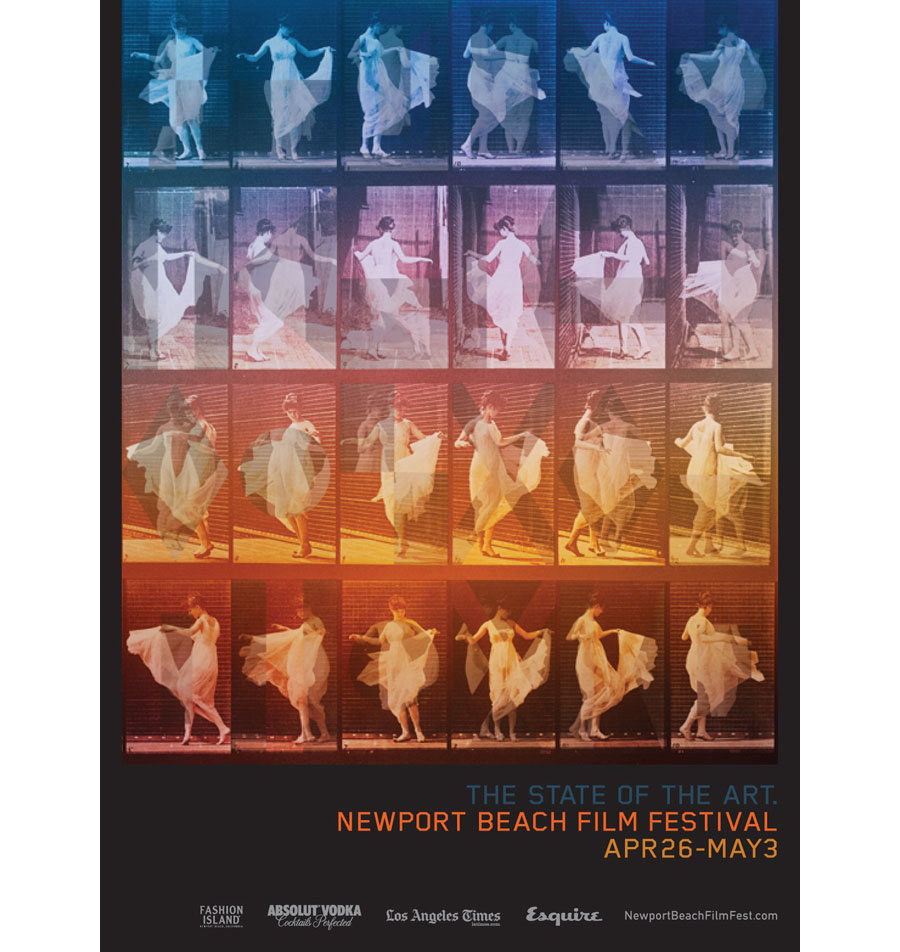 The Newport Beach Film Festival
opens today and runs through May 3.

Bertrand Bonello will preside over the Jury for the Nespresso Grand Prize for La Semaine de la Critique (Critics' Week), while João Pedro Rodrigues will be President of the Jury for the Nikon Discovery Award for Short Film. The awards will be presented on Closing Night, May 24, and, once again, here are the lineups they'll be taking in.

Nina Menkes will not only be on the International Jury at the Jeonju International Film Festival, opening today and running through May 4; she'll also be presenting her 1996 feature, The Bloody Child, one of only five films selected to represent 50 years of the Jeonju sister festival, the Viennale.

Michael Guillén previews the lineup of the International Film Festival of Panama, opening today and running through Wednesday.

Reading. "War of the Worlds is Spielberg's most misanthropic film, his most hateful rejection of human society as a collective endeavor," writes Leo Goldsmith in Reverse Shot. "Instead, it positions the family unit as the only safe place from which to defend against what is ultimately a chaotic and malicious universe."

And Jeff Reichert: "The first thing that needs to be said about Munich is that its erudite, sophisticated, and thoughtful screenplay, written by Tony Kushner and Eric Roth, based on George Jonas's book Vengeance, does an improbably remarkable job of toeing the line between political complexity and emotional clarity, that it never once seems either simplistic or didactic despite taking on arguably the most fraught political conflict of the past half century. The second thing that needs to be said about Munich is that it suffers from some near-fatal structural problems: a somewhat obvious episodic narrative that takes far too long to get to its inevitable conclusion; a use of flashback that culminates in a disastrous (literal) climax, severely compromising the film's last half hour; and, most importantly, an unrelenting reliance on the thriller form to achieve its politically and intellectually loaded effect."﻿

Opening his conversation with Todd Solondz at the Sarasota Film Festival, David Carr noted that he "was struck not just by your openness but by your curiosity about all things, the breadth of human experience. I thought, 'He's so sweet and so nice and bright,' and then I thought, but you make movies, and you make movies the hard way. When it gets time to sort of get the funding together and direct people do you, like, sprout another head and suddenly turn into an asshole?" 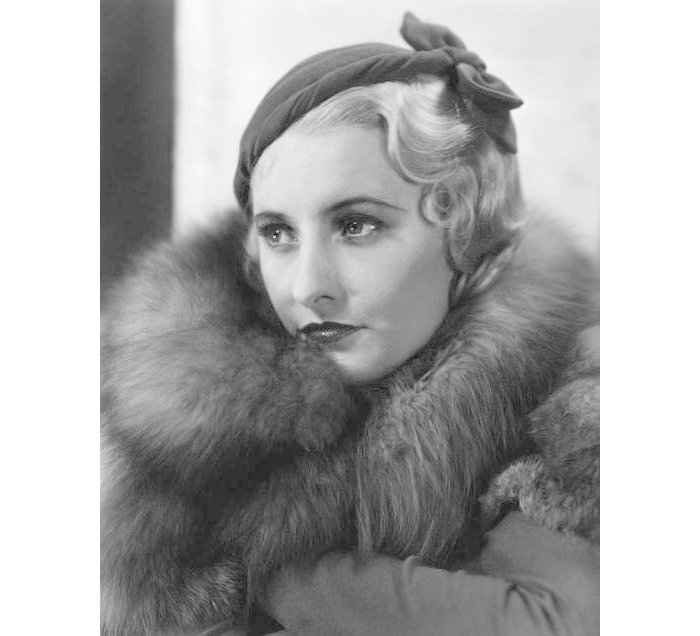 Fresh up at the Chiseler, Daniel Riccuito highlights some of the best lines from the early talkies, Dan Callahan considers the career of Laura Hope Crews and Imogen Smith writes: "The greatest gulf between pre-Code and film noir is that the former is so tolerant, and the latter so punitive toward women who break the rules."

New York. Tomorrow, Paul Rudd and Emma Stone will star in Jason Reitman's live reading of The Apartment, taking on the roles played by Jack Lemmon and Shirley MacLaine in Billy Wilder's 1960 film, reports the Dave Itzkoff in the New York Times.

The e-flux exhibition Animism "rethinks the question of animation not by investigating the effect of animation within aesthetics, but by tackling the unquestioned backdrop against which such aesthetic effects are discussed." Through July 28.

Seattle. The National Film Festival for Talented Youth is "the largest youth film festival in the world, this year featuring more than 200 works, all of them by people 22 years of age or younger," notes Amy Scott in the Stranger, where she picks out four "not-to-be-missed highlights of the festival from directors you will hear about again." 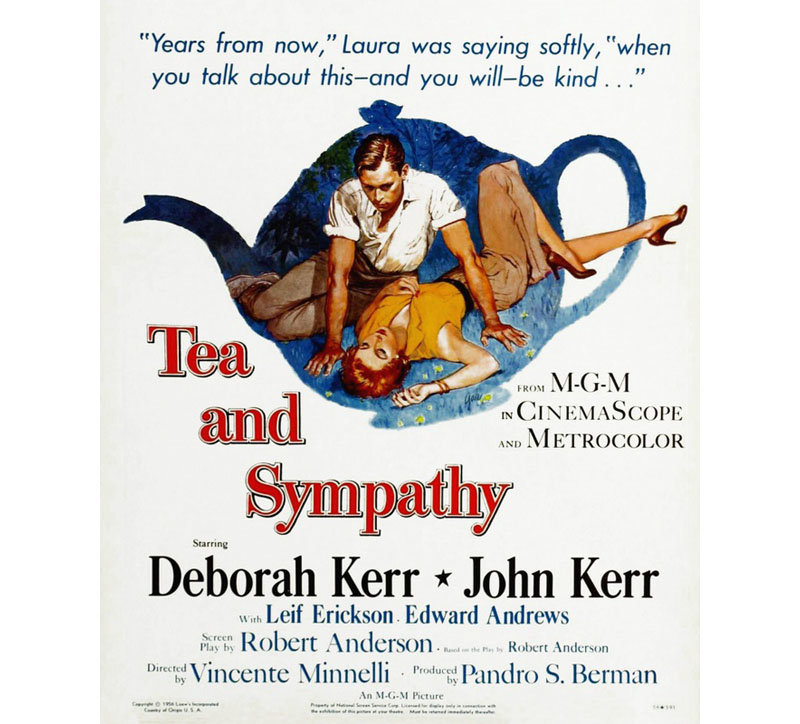 London. "In Minnelli movies, it's the surfaces that predominate, but what you see is not necessarily all you get." With the Vincente Minnelli season on at BFI Southbank on through June 26, Keith Uhlich picks out several highlights for Sight & Sound.

"[T]he legendary Sundance Film Festival comes to Britain for the first time, with a four-day jamboree of film and music at London's O2 arena," writes Jonathan Romney in an overview of the offerings for the Independent. Sundance London is on from today through Sunday.

In the works. Rooney Mara has joined Joaquin Phoenix, Amy Adams and Samantha Morton in the cast of Spike Jonze's next (and as yet untitled) project now that Carey Mulligan has had to bow out. Kevin Jagernauth has more at the Playlist, where he also notes that Mara will be starring in an adaptation of Colm Tóibín's novel Brooklyn, adapted by Nick Hornby.﻿

Plus: Lars von Trier's Nymphomaniac (with Charlotte Gainsbourg and Stellan Skarsgård) will actually be two films that producer Peter Aalbæk Jensen hopes will be ready for Cannes 2013.