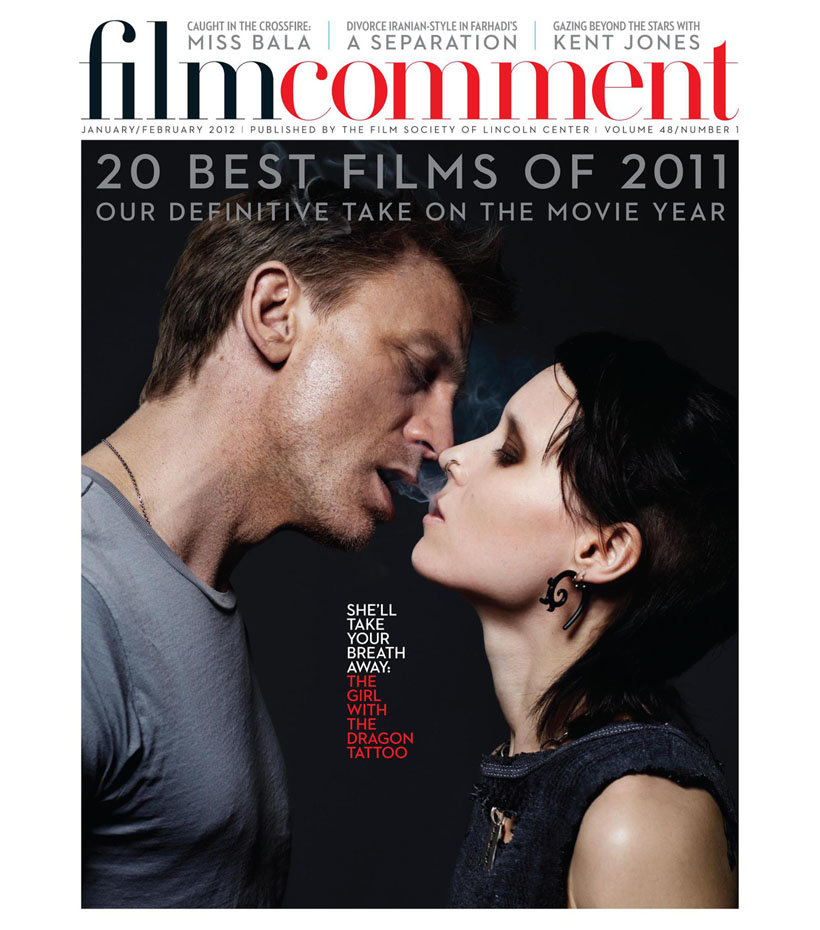 "Terra Incognita: 22 Unknown Pleasures from Around the World." That's the title that drew my first click of all the selections from the new issue of Film Comment now up on the site, plus the "Online Exclusives," of which this is one: a list expanded from the 15 in the print edition, with recommendations from the likes of Kent Jones, Olaf Möller, Shigehiko Hasumi, Thom Andersen and more. More than a few of the films written up here are new to me.

Amy Taubin's piece on the "defiant women who galvanize The Girl with the Dragon Tattoo, Haywire and A Dangerous Method" — hence the cover, presumably — is not online, unfortunately, but now's as good a time as any to mention something in one of these Briefings about all the conflicting rumors about whether or not The Girl Who Played With Fire (based, of course, on the second book in Stieg Larsson's Millennium trilogy) will get made and, if so, whether or not it'll be David Fincher who makes it. I've been waiting for a definitive word, but it looks like it may be a while before we hear one. Instead, I'll point you to the latest indefinite word on the matter, a summation of the situation from Edward Davis at the Playlist. In short, Sony will likely go ahead with the sequel and David Fincher will likely opt to make 20,000 Leagues Under the Sea based on a screenplay by Scott Z Burns (Contagion) instead. Developing, etc.

Obits. "Denise Darcel, the French-born actress known for vampy roles in such films as Vera Cruz and Thunder in the Pines, has died," reports the AP. She was 87. "After coming to the US in 1947, Darcel starred opposite several leading men in a string of films in the 50s, including Battleground with Van Johnson, Tarzan and the Slave Girl with Lex Barker, Westward the Women with Robert Taylor and Young Man with Ideas with Glenn Ford."

Via Movie City News: Valerie Reiss remembers filmmaker, artist and activist Dara Greenwald, who has succumbed to cancer. She was only 40.﻿