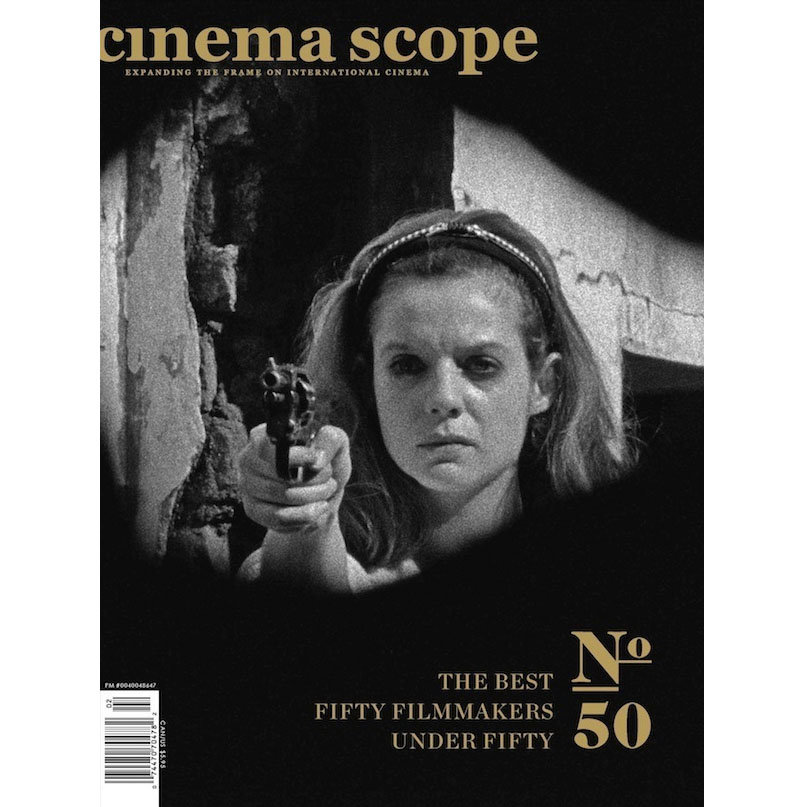 Yesterday was all about the Cannes lineup, so we've got quite a bit of news to catch up with today. First and foremost, Cinema Scope has relaunched its site with a healthy selection of pieces from Issue 50, which cinephiles lucky enough to be holding a print copy have been talking about for weeks now. Editor Mark Peranson: "So to commemorate 50 issues, I came up with the silly (not stupid) idea of deciding on the best 50 filmmakers currently working under the age of 50 (or the top, or the greatest — I've spent far too much time pondering this silly adjective). I'm anticipating heaps of criticism for this in the blogosphere, but I hope this leads to a little discussion outside of the pages of this magazine, and provides a snapshot of where cinema finds itself today."

20 of those 50 pieces are online. You'll find, for example, Raya Martin on Carlos Reygadas (and Antoine Thirion on Raya Martin), Kent Jones on Maren Ade, Olivier Pere on Harmony Korine, Michael Sicinski on Michel Gondry, Jonathan Rosenbaum on Azazel Jacobs and so on.

In other news. Speaking of Soderbergh, the trailer for Magic Mike is out.

New York. Corporal Histories: Lav Diaz's Epic Philippine Cinema is a series of screenings beginning at Exit Art tomorrow that features a conversation with Diaz prior to a screening of Century of Birthing on May 5. Today, Adrian Curry writes about the posters for the series.

The Michael Glawogger retrospective is on at the Museum of the Moving Image through April 29. You want to read Olaf Möller's two-parter for Moving Image Source and Nick Pinkerton on Glawogger for Artforum in addition, of course, to Daniel Kasman's interview.

Images from the Edge: Classic & Contemporary Icelandic Cinema is on at the Film Society of Lincoln Center through April 26 and Cinespect's Ryan Wells talks with Laufey Guðjónsdóttir, director of the Icelandic Film Centre.

Los Angeles. Yuri Tsivian will be talking about "Early Vertov and His Problems" tomorrow night at the Billy Wilder Theater.

Jamaica Noir: The Cinema of Dread is on at Cinefamily through April 29. 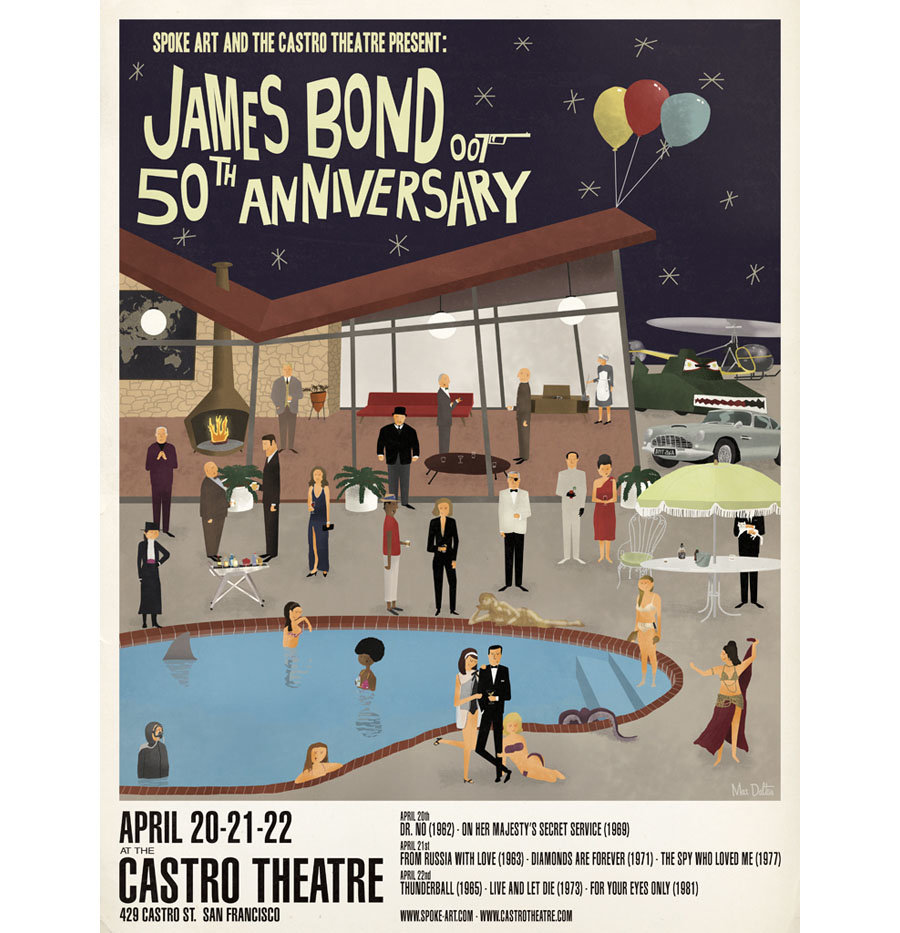 San Francisco. Max Dalton's designed two posters for a series of screenings marking the 50th anniversary of the James Bond franchise at the Castro.

Panama City. Ahead of his trip to the Festival Internacional de Cine de Panamá, Michael Guillén talks with Alejandro Brugués about Juan of the Dead — "not your papi's zombie flick!"

Reading. Reverse Shot's Spielberg issue roars on: Michael Joshua Rowin on Saving Private Ryan (1998; "resorts to the very clichés and indulgences of the war movie genre it pretends to have transcended"), Jeff Reichert on A.I.: Artificial Intelligence (2001; "those who view the film with disfavor do so because they view inflexibly") and: "The overall tightness of Minority Report's scenario is remarkable, as each further story progression reinforces central questions of man's place in and potential lack of control over his limited universe; save A.I., Minority Report [2002] may well be remembered as Spielberg's most intellectually probing work."

In the works. Robinson Devor will direct Michael Pitt in You Can't Win, an adaptation of Jack Black's 1926 autobiographical novel written by Devor, Charles Mudede and Barry Gifford, reports the Stranger's Eli Sanders.

Obits. "Levon Helm, who helped to forge a deep-rooted American music as the drummer and singer for the Band, died on Thursday in Manhattan," reports Jon Pareles in the New York Times. "He was 71 and lived in Woodstock, NY." Ehsan Khoshbakht: "His short, but impressive stint in the world of cinema resulted three unforgettable roles which are, in many ways, the continuance of his persona as a Kansan musician and a presenter of the values of a long gone world." Those roles would be the father of Loretta Lynn (Sissy Spacek) in Michael Apted's Coal Miner's Daughter (1980), a blind man in Tommy Lee Jones's The Three Burials of Melquiades Estrada (2005) and General John Bell Hood in Bertrand Tavernier's In the Electric Mist (2009). And of course, we need to mention Martin Scorsese's remarkable tribute to the Band, The Last Waltz (1978). Ben Greenman's posted a set of videos of Helm's performances and an interview at the New Yorker's Culture Desk. More remembrances: Bob Dylan and Martin Scorsese. 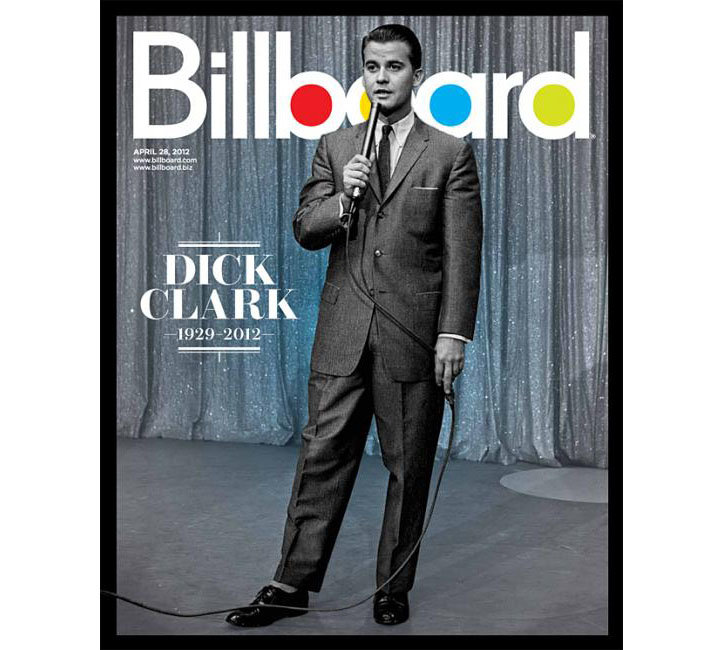 Back in the NYT, Bruce Weber: "Dick Clark, the perpetually youthful-looking television host whose long-running daytime song-and-dance fest, American Bandstand, did as much as anyone or anything to advance the influence of teenagers and rock 'n' roll on American culture, died on Wednesday in Santa Monica, Calif. He was 82." More from Bill Carter and Stephen Holden. Adrian Curry's "Movie Poster of the Day" on Wednesday: Because They're Young (1960).

"Just as a big-screen transfer of Dark Shadows revives interest in the original Gothic TV soap, one of the stars of that 1966 to 1971 series has passed away," writes Kyle Buchanan at Vulture. "Jonathan Frid, who played the vampire Barnabas Collins (the role taken by Johnny Depp in the upcoming Tim Burton movie), has died at age 87." Frid will have a cameo in the new film.

At indieWIRE, Robert Drew (Primary) remembers his wife and partner, Anne Drew: "As a central partner for more than four decades in our documentary film company Drew Associates, Anne edited and produced cinema verite films on ballet, war, Duke Ellington, Indira Gandhi, and President John F Kennedy, among others. Her work was broadcast on television and celebrated at film festivals worldwide."

From Film Quarterly: "We are extremely sorry to announce that Ernest 'Chick' Callenbach passed away peacefully, April 17, at home in Berkeley. Film Quarterly's founding editor, Chick steered the journal from 1958 to 1991 (joining the editorial board thereafter) and was also editor of the University of California Press's cinema studies list of books. In his dual role, he was a major influence on the development of film culture and film study in the US and beyond."﻿