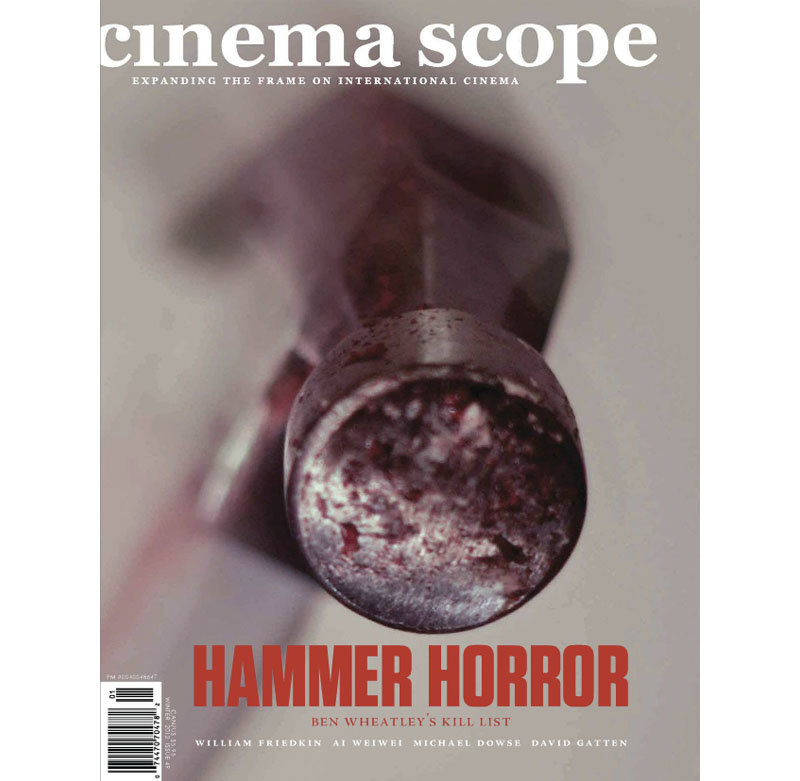 The "Hammer Horror" on the cover of the new 49th issue of Cinema Scope refers to Kill List, "which strikes me as the key horror movie of the new century so far," writes Adam Nayman, introducing his interview with director Ben Wheatley. Before moving on to the rest of the issue, let me note that Marcus Hearn has a relatively new book out about the original Hammer, The Hammer Vault: Treasures From the Archive of Hammer Films and Kimberly Lindbergs talks with him about it for Movie Morlocks. It's one of her favorite film-related books of the year and, at the Playlist, Drew Taylor gives it an "A."

But back to Cinema Scope. Olivier Père talks with William Friedkin about Killer Joe and, in something of a coup, JP Sniadecki scores an interview with Ai Weiwei: "He is not officially allowed to give interviews, nor to produce any films, but he told me he has the personal need to commit at least one act of disobedience a day." The focus of the conversation: the "eight guerilla-style documentaries and many short online videos that, in their rough style and critical approach, seek to initiate a space of open inquiry and free speech around social issues in China. These goals may appear similar to those pursued by Chinese independent filmmakers such as Wang Bing, Zhao Liang, and Zhao Dayong, but Ai's work is far more confrontational, far more directly political in function, and absolutely devoid of concern for both cinema aesthetics and the status of the artist. His are hard-hitting activist films that are shot in-situ, edited together swiftly, and then immediately posted online to contribute to his larger project of unmasking abuses of power and egregious cover-ups." Several of these films will be screening at Rotterdam next month.

The title of Michael Sicinski's feature! "The Systematically Incomplete Dialectical Process, or, Articulations of Structural Mythopoeia in the Para-Classical Realm for the Metrickally Measured Linguistical Motivics and Deeply Felt Cinematic Appoggiatura of Mr. David Gatten, Gentleman."

New York. The complete 1925 version of Charlie Chaplin's The Gold Rush, newly restored with a fresh orchestral score, screens at Film Forum for one week and, in an entry for the New Yorker, Richard Brody looks back to three fans of the picture: Budd Schulberg and F Scott and Zelda Fitzgerald. More from Jaime N Christley (Slant, 3/4) and Alt Screen's great big roundup. 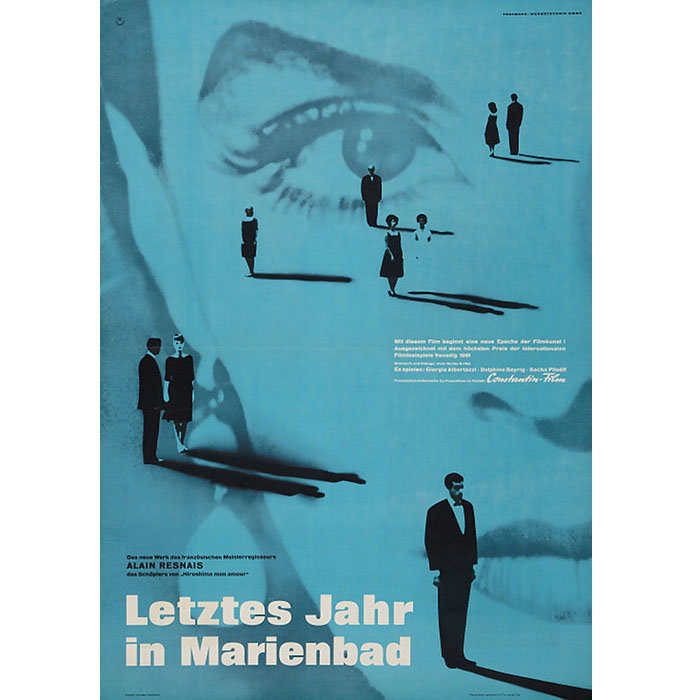 Also at Film Forum for a week, celebrating its 50th anniversary, is Alain Resnais's Last Year at Marienbad. Something to watch out for, from Budd Wilkins in Slant: "About 11 minutes into the film, Alfred Hitchcock (or an elaborate full-sized cutout, at any rate) makes one of his trademark cameo appearances, perhaps the only one not in his own film. It's easy to miss in the midst of all those mannequin-like patrons. Not just a debt of gratitude to one of Resnais's favorite filmmakers, this nearly imperceptible jeu d'esprit illuminates his playful approach to mise-en-scène, and teases out the film's generic pedigree."