For the tenth edition of Film Art: An Introduction, David Bordwell and Kristin Thompson are partnering with Criterion to present Connect Film, an hour-long set of twenty videos on various aspects of filmmaking addressed in the now-classic textbook. Above: "Elliptical Editing in Vagabond (1985)." Kristin Thompson: "Most of the other Connect examples illustrate the chapters on the four types of film technique: mise-en-scene, cinematography, editing, and sound. There's also a short documentary about digital animation."

More books. You may remember that Dave Kehr is quite an admirer of the writing of Arlene Croce, a dance critic for the New Yorker from 1973 to 1998. She's also the author of The Fred Astaire & Ginger Rogers Book and, in the new issue of the New York Review of Books, she reviews Todd Decker's Music Makes Me: Fred Astaire and Jazz and Kathleen Riley's The Astaires: Fred and Adele. As the Boston Globe's Mark Feeney writes, "Croce knows her movies as well as she knows her dance (which is really saying something), and who could argue with her concluding observation about Astaire and his work: 'Whatever it was that he did, he was the only major movie star of the studio era — perhaps of any era — to have had the career his talent meant him to have, and to have had it as long as he liked.'"

Also in the NYRB, Alison Lurie not only recommends The Annotated Peter Pan, "a large handsome book edited by the Harvard folklorist Maria Tatar," but also revisits a multitude of adaptations and interpretations, cinematic and otherwise.

In Barbara Stanwyck: The Miracle Woman, Dan Callahan's "enthusiasm informs every page," writes Dennis Drabelle in the Washington Post, "and he makes a good case for what Billy Wilder, who directed Stanwyck in Double Indemnity, said about Stanwyck when she received the American Film Institute's Life Achievement award in 1987. 'In this business, you aren't supposed to say anyone was the best.' Pause. 'She was the best.'" See, too, February's roundup.

More reading. Reverse Shot's "first true 'issue' to be based around our symposium format, way back in early 2003," was the Spielberg Issue. With Reverse Shot 31: Nostalgia and the Light, editors Michael Koresky and Jeff Reichert and their contributors now return to "the sensitive Hercules of American filmmakers": "Doing right by Spielberg in the Reverse Shot tradition doesn't mean hagiography. A series of reaffirmations of Spielberg's genius would be just as reductive and dull as endless essays on his alleged conservatism, and his 'limited' focus on childhood and the family. The plurality of voices that Reverse Shot has become now affords us the opportunity, nearly a decade on, to really look at what makes this mega-mogul-cum-auteur (a true rarity) tick. In these pages you'll find detractors mingling with boosters, those who believe his filmmaking is a tyranny as much as a blessing." In the first entry, Bruce Bennett considers the early television work.

Laura Allsop talks with animator Suzan Pitt, whose "knack for tracing the vagaries of the psyche is epitomized by Asparagus (1978), perhaps her best-known work, which was famously — and aptly — paired with David Lynch's Eraserhead on the late-70s midnight movie circuit. (The double-bill played for two years at New York's Waverly Theatre and at the Nuart in Los Angeles.)" The Wonderfully Strange Animation of Suzan Pitt, a retrospective, screens at the London International Animation Festival on March 31.

Also in Sight & Sound, Tony Rayns on Shuji Terayama (more from Julian Ross in Electric Sheep; Shuji Terayama: "Who can say that we should not live like dogs?" is on at the Tate Modern through Sunday), Michael Brooke on Agnieszka Holland's In Darkness (and Nick Hasted talks with Holland for Little White Lies), Nick Bradshaw on Lionel Rogosin's On the Bowery (1956) and Nick Roddick talks with Michael Winterbottom about Trishna.

Film Comment runs Part Three of Nico Baumbach's "What Is, Or Was, Cinephilia?"

Michael Gordon's I Can Get It for You Wholesale (1951) "has any number of things going for it, but two stand out" for Farran Nehme. "First there's the street photography, night and day, crowds and traffic and windows from Seventh Avenue to Central Park…. The second, and primary, thing: Abraham Polonsky's script (from Vera Caspary's adaptation), which will put the true lover of New Yorkese into a euphoric trance."

In other news. "Marco Müller, who is winding up his mandate as head of the Venice Film Festival, has been named artistic director of Rome's international film festival," reports the AFP. 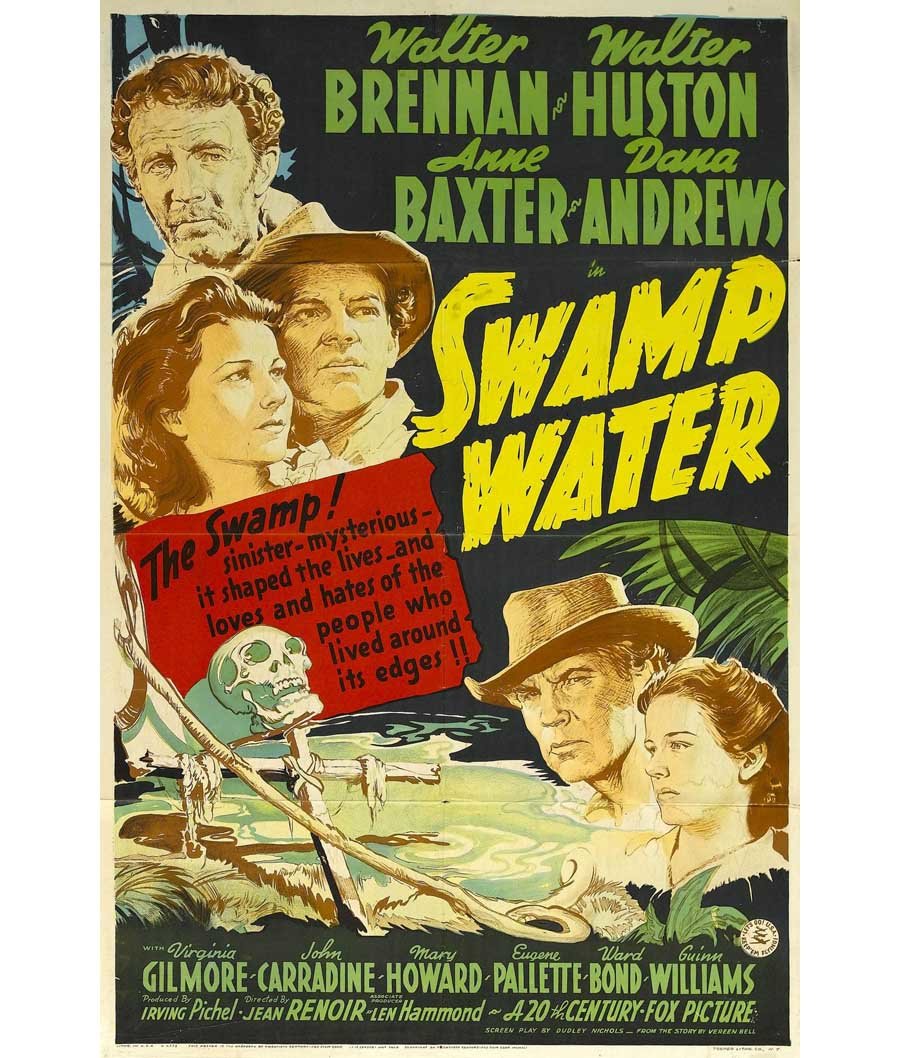 DVD/Blu-ray. "Like many of Renoir's movies Swamp Water [1941] is a drama of multiple characters driven by complicated permutations of envy and sexual desire," writes Dave Kehr in the New York Times. Out in a limited edition from Twilight Time.

Jaime N Christley in Slant on Letter Never Sent (1959): "Cinematic virtuoso Mikhail Kalatozov's slightly deranged great-great-uncle to everything from The Blair Witch Project to Rescue Dawn gets a no-frills but flawless high-definition release from the Criterion Collection." More from Michael Atkinson (TCM) and Bill Ryan.

In the works. Via Ray Pride, Spring Breakers is a newish tumblr tracking the production of Harmony Korine's current project.

Following The Woman in the Fifth, Ethan Hawke and Pawel Pawlikowski "are set to reunite once more for a gentle black comedy about the making of a film with Sir Ben Kingsley, Christopher Lambert and Chulpan Khamatova also on board," reports Simon Dang.

Also at the Playlist, Jen Vineyard talks with Elizabeth Olsen about the films she's been working on and Gabe Toro notes that Will Gluck, already attached to two other projects, will remake Fredi M Murer's Vitus (2006).

Listening (29'45"). Aaron Hillis talks with Guy Maddin about Keyhole, which has just screened as SXSW, and Spiritismes, the project we pointed you to when it was playing out at the Centre Pompidou in Paris in February: "One hundred short films in one hundred days in four different countries, four different public spaces: the Pompidou, MOMA in New York, the Winnipeg Art Gallery in Winnipeg and the Biennale in Sao Paulo... What I'm doing, they're adaptations of long-lost films, canonical and not so canonical, lost, unrealized and aborted projects. I became really haunted a few years ago by the fact that I just couldn't see a lot of the great films made by my favorite directors, because they're gone, they're lost. 80% of silent films lost, many talkies lost." Kim Morgan's posted notes and photos from the live shoots.﻿