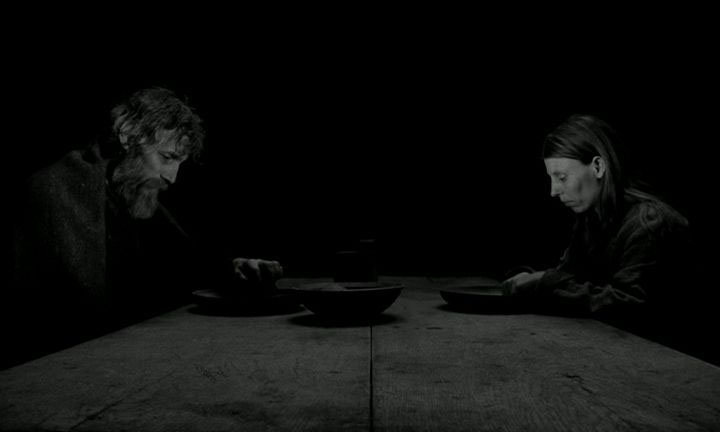 New York. The Last Modernist: The Complete Works of Béla Tarr opens today at the Film Society of Lincoln Center and runs through Wednesday, and R Emmet Sweeney has a wide-ranging talk with the retired filmmaker. "Whether or not The Turin Horse turns out to be Béla Tarr's last film, as the gnostic, gnomic Hungarian master has claimed it will be, the sense of finality is absolute," writes the L's Mark Asch. Aaron Cutler for Moving Image Source: "Primo Levi writes in Survival in Auschwitz that the lowest point a human can reach is when he or she is forced to act without choice, performing tasks purely for his or her own survival. Freedom of choice is what separates humans from other animals. The Tarr crew (which, beginning with him and partner, Ágnes Hranitzky, has gone on to include a regular screenwriter [László Krasznahorkai], composer [Mihály Vig], and cinematographer [Fred Kelemen]) began by comparing humans to each other, then went on to explore varieties of the distinction, increasingly pairing human gazes with animal ones." A study with clips. [Update: For an overview of Tarr's career in the New York Times, Nicolas Rapold exchanges some email with Krasznahorkai, Kelemen and Hranitzky.﻿]

Back in the L, Mark Asch recommends Harun Farocki's In Comparison (2009), screening tonight and Monday as part of Deutsche Docs. Also at Anthology Film Archives: 4 by Amos Poe. L Caldoran has an overview at Cinespect and Mark Asch's review of The Blank Generation (1976) reminds us that it'd make a good companion to Will Hermes's newish book, Love Goes to Buildings on Fire.

Noel Black's debut feature Pretty Poison (1968) opens for a week-long run at Film Forum and Alt Screen posts an enthusiastic roundup, recalling that in September, Dan Callahan wrote, "Anthony Perkins and Tuesday Weld were more subversive in Pretty Poison, and more disconcertingly confident, than Bonnie and Clyde." Nick Pinkerton in the Voice: "Dear friends in life, Perkins and Weld were simply able to tune in to each other's frequencies, here as in the dangerous symbiosis of their 1972 collaboration, Play It as It Lays." More from Melissa Anderson (Artforum), Elise Nakhnikian (L) and Davon Reich (Cinespect).

"With Christine [1983], John Carpenter took Stephen King's novel and turned it into an emblematically anti-nostalgic horror film," writes Simon Abrams in the L. Tonight at the IFC Center, as part of the Cult Carpenter series.

London. The retrospective Barbara Hammer: The Fearless Frame opens today at the Tate Modern and runs through February 26. 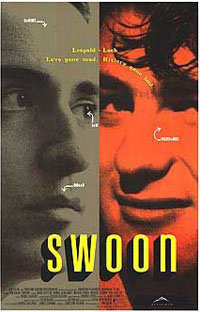 Los Angeles. Tom Kalin, Craig Chester and B Ruby Rich will be at tonight's screening of Swoon (1992) at the Billy Wilder Theater as part of the series NQC @ 20: Revisiting New Queer Cinema. The next stop for the newly restored Swoon is the Berlinale.

Berlin. The Fritz Lang retrospective at Zeughauskino, about as complete as it's possible to be, opened on Wednesday and runs through March 31. Those who read German may be interested in Martin Daßinnies's interview with Jörg Frieß, who runs the theater. For those who don't read German, we've got your Lang right here.

Seattle. For the Stranger, Kathy Fennesy looks ahead to the spring lineup for the Northwest Film Forum.

Reading. "It's been a particularly busy season for admirers of the world's first and greatest consulting detective, Mr Sherlock Holmes of 221B Baker Street." Michael Dirda for the New York Review of Books…. For Bomb, Pamela Cohn talks with Lina Mannheimer about The Ceremony, a doc she's working on about Catherine Robbe-Grillet, inflammatory writer, actress, widow of Alain and mistress of sadomasochistic ceremonies.﻿

For news and tips throughout the day every day, follow @thedailyMUBI on Twitter and/or the RSS feed.﻿﻿