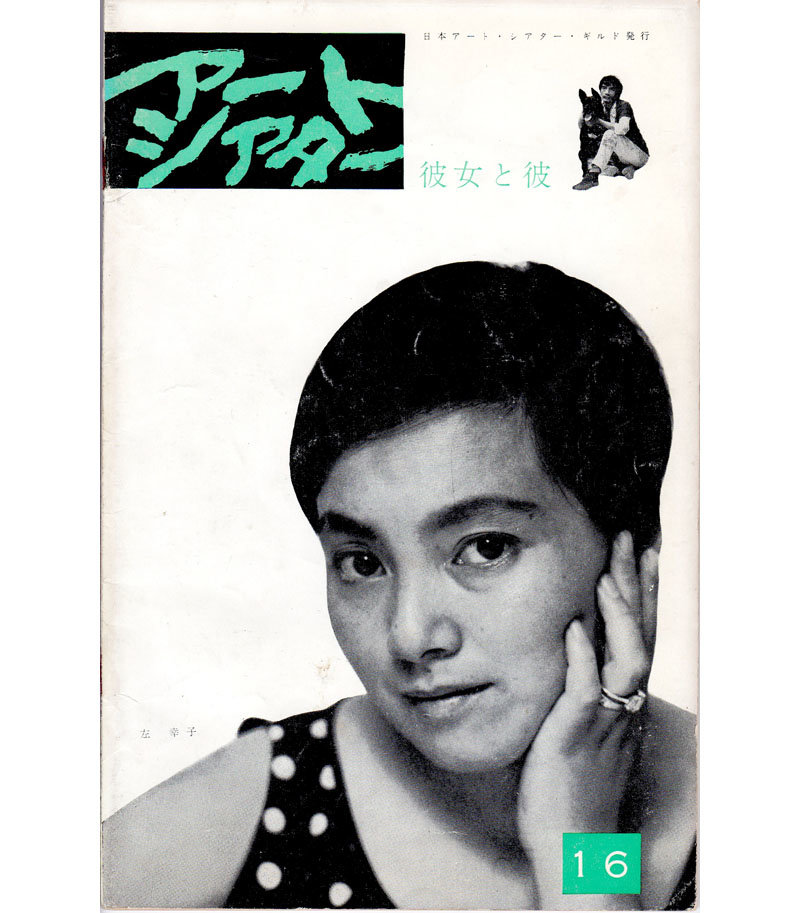 The latest issue from the Art Theatre Guild Pamphlet Project that Nihon Cine Art is making freely available is #16, devoted to Susumu Hani's She and He (1963).

Lists. "After a year overstuffed with cinematic bounty like 2011, isn't it somewhat churlish to spend time and energy meditating on the various failures, idiocies, and lapses in judgment and taste that marred the silver screen over the past twelve months? Why yes, yes it is!" Reverse Shot presents its "11 Offenses of 2011." In a similar vein, the Philadelphia Weekly's Sean Burns lists his "10 Worst Films of 2011" and, in a not-so-similar vein, there's Armond White's "2011 Better-Than List" in City Arts.

Back to the bests, though. You won't need German to scroll up and down Cargo's chart.

From Austin: "Melancholia is the movie that eclipsed them all among the Chronicle's three regular film reviewers (Marc Savlov, Kimberley Jones, and myself, Marjorie Baumgarten)…. It is the only film, however, about which all three of us are in accord."

Melancholia tops Steve Erickson's list in Gay City News as well, but first, he looks back over the year that was: "Of the films on my Top 10 list, the Chinese documentary Petition seems most relevant to the Arab Spring and OWS movements. Made two years ago, it depicts ordinary Chinese men and women standing up against their government, even becoming homeless in order to file lawsuits against it. Their courage is breathtaking."

For Filmmaker, Brandon Harris looks back on the films that moved him most in 2011.

And even as Ioncinema carries on counting down its "Top 100 Most Anticipated Films of 2012," the Playlist gives us its 50 all in one go.

In other news. The Palm Springs International Film Festival opens today and runs through January 16. Michael Guillén's posted an overview of the 22 "Latin" entries.

Los Angeles. "'From Breathless (1959) through Weekend (1968),' J Hoberman wrote in The Village Voice in 2007, 'Godard reinvented cinema.' Cinefamily's one-week run of Weekend is the prelude to a mid-January miniretrospective unofficially documenting that reinvention." It's doubtful that LA Weekly editor Karina Longworth could have known that she'd be running Hoberman's piece the day after the Voice let him go. At any rate, Godard in the 60s will be running from January 20 through 26.

In the works. Sarah Polley will adapt Margaret Atwood's Alias Grace, reports Kevin Jagernauth: "The novel is based on the true story of Thomas Kinnear and his housekeeper/mistress Nancy Montgomery, who were murdered in their Upper Canada home in 1843 by 16 year-old Grace Marks and James McDermott."

Also at the Playlist, Drew Taylor reports that Kimberly Peirce (Boys Don't Cry) is set to direct Carrie, either a remake of Brian De Palma's 1976 film or a fresh take on Stephen King's first published novel, released in 1974.

"Paul Rudd, Owen Wilson, Kristen Wiig, and Christopher Walken are circling Freezing People Is Easy, a script by Zach Helm (Stranger Than Fiction) that Academy Award-winning filmmaker Errol Morris will direct," reports Deadline's Mike Fleming. "Inspired by the memoir We Froze the First Man and an episode of This American Life, the film tell the true story of Bob Nelson, a 1960s Los Angeles television repairman who tried to pioneer the field of cryogenics by freezing humans. He quickly discovered that it was more difficult than he imagined."

And then there's this from Fleming, too: "Hugh Jackman has sealed his return to Broadway for the 2013-2014 season in Houdini, which marks the librettist debut of Aaron Sorkin, with music by Stephen Schwartz."

"Benedict Cumberbatch has been tapped to play the villain in JJ Abrams's Star Trek 2," reports Jeff Sneider in Variety.

Viewing. Catherine Grant introduces us to the Film Versus Film series, a set of short panel discussions addressing such questions as "Who's the best drunk character in all of film?"