Congratulations to Wesley Morris of the Boston Globe, winner of the 2012 Pulitzer Prize for Criticism. The judges have cited "his smart, inventive film criticism, distinguished by pinpoint prose and an easy traverse between the art house and the big-screen box office." And the Globe's collected his nominated reviews. "Journalism's highest honor has only been bestowed upon a film critic a few times," notes Eugene Hernandez of the Film Society of Lincoln Center. "Previous recipients include Joe Morgenstern of the Wall Street Journal in 2005, Stephen Hunter of the Washington Post in 2003 and Roger Ebert of the Chicago Sun-Times in 1975. 'I was just doing my job and this is what happened,' Morris offered modestly during an emotional newsroom speech that was recorded and edited for the Globe website."

In other news. Nick Catucci for Artinfo: "When we say that Abel Ferrara's Pizza Connection — a web serial for Vice now in its second episode — is loosely based on an FBI case against Sicilian heroin dealers, we mean loosely: As Ferrara explains in an interview paired with the series, Pizza is intended to seem as if it could be set in 70s, when the investigation (which brought Rudy Giuliani to prominence) actually took place, or the present. It is, other words, meant to transcend the very boundaries of time."

The Cannes Film Festival has announced its Official Selection for the Short Films Competition and the Cinéfondation Selection.

Julia Loktev's The Loneliest Planet, Joachim Trier's Oslo, August 31st and Emin Alper's Beyond the Hill are among the winners at the Istanbul Film Festival. Kerem Bayraktaroglu looks back on this year's edition at Little White Lies.

Reading. "In the history of film culture, are there accounts of filmmakers who were also great teachers and mentors?" asks Girish Shambu, offering three outstanding examples of filmmaker-teacher relationships. 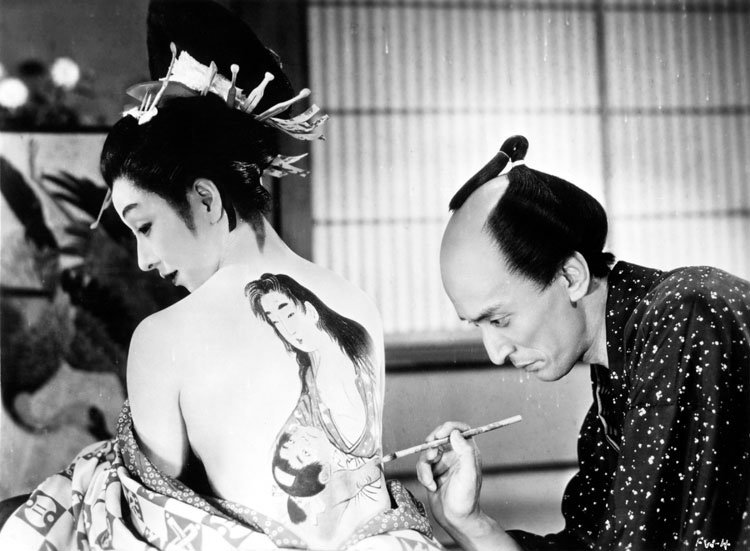 Brad Stevens for Sight & Sound on Artificial Eye's Mizoguchi Collection: "Of all the directors for whom greatness can be claimed, few have proved so difficult to pigeonhole as Mizoguchi Kenji, whose cinema combines the outward with the inward, movement with stillness, Kurosawa's violent action with Ozu's meditative contemplation, whose mise en scène uses long tracking shots that have all the elegance of Ophüls but tend to focus on events that are anything but elegant. Most significant of these (real or apparent) contradictions is the characteristic tone of Mizoguchi's films, in which intense identification is imbricated with critical detachment."

Daniel Kasman: "In 1924 Yakov Protazanov dreams of Vertigo. Or maybe of Metropolis-Vier um die Frau. Or maybe just Soviet Socialist Republics… in space — his film from that year, Aelita, despite its stolid form is over-delirious with future possibilities." Also in the Chiseler: David Cairns on Aline MacMahon and Jim Knipfel on Elisha Cook, Jr.

The Lost World: Jurassic Park (1997) "achieves an overall tone of dread and pessimism that is its own within the Spielberg filmography," argues Justin Stewart in Reverse Shot.

In the works. Via the Playlist, a new viral video for Ridley Scott's Prometheus.

"Lukas Moodysson will return to the feel-good mood of his earlier films with his new project VI ÄR BÄST!, which roughly translates as We Are The Best!" Scott Roxborough has more in the Hollywood Reporter.

Wong Kar-wai's The Grandmaster will open in "mainland China on December 18, 2012, over three years after filming got underway," reports Oliver Lyttelton at the Playlist.

Obits. Martin Poll, best known for producing Anthony Harvey's The Lion in Winter, nominated for a Best Picture Oscar in 1968, has passed away, reports Andre Soares at the Alt Film Guide. He was 89.

Writer, producer, actor and director Paulo Cezar Saraceni, regarded as a co-founder of Cinema Novo movement, has died at the age of 78, reports Pipoca Moderna.

William Finley, who passed away on Saturday at the age of 69, "was best known for portraying doomed composer Winslow Leach in Brian De Palma's classic Phantom of the Paradise, though he also appeared in such films as Sisters, The Fury, The Wedding Party, Dressed to Kill, and The Black Dahlia." Jim MacQuarrie reports for Wired.﻿