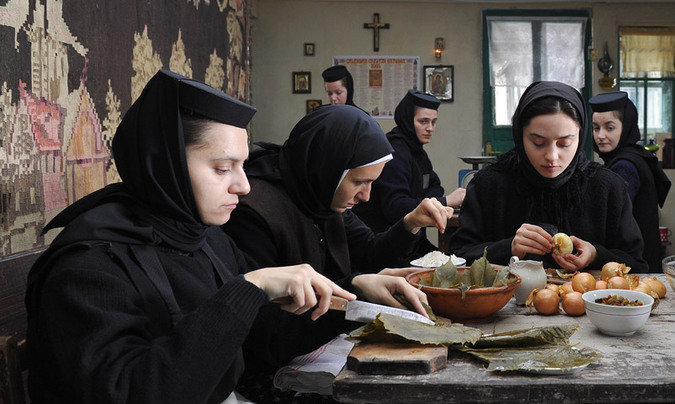 Romanian New Wave director Cristian Mungiu's Beyond the Hills is his first feature since taking home the Palme d'Or in 2007 with 4 Months, 3 Weeks and 2 Days, and it's eliciting differing opinions amongst critics. The Hollywood Reporter's Stephen Dalton calls it "an engrossingly serious work, and confirms Mungiu as a maturing talent with more universal stories to tell than those defined by Romania’s recent political past."﻿ The articulate Mungiu discusses the themes of his film rather frankly in the press conference, which is recommended viewing.

John Hillcoat's new film boasts an impressive cast, featuring the likes of Guy Pearce, Tom Hardy and Jessica "throw-a-rock-at-Cannes-and-you'll-hit-her﻿" Chastain, but they're the only thing that Lawless seems to be receiving unanimous praise for. Otherwise, reception has been more lukewarm, noting that it's often effective, but ultimately flawed and conventional. Jason Solomons of The Guardian finds that Hillcoat's latest lacks "the visual or philosophical explorations that have graced his oeuvre to date.﻿" 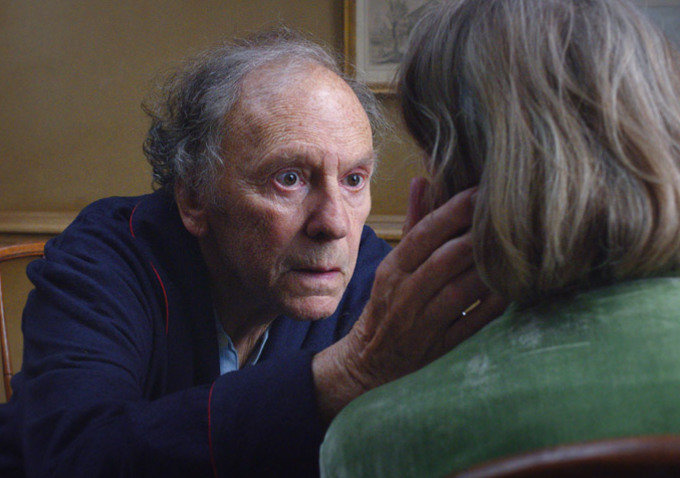 Here we go again. One has to wonder: if Michael Haneke submitted his laundry for competition at Cannes would it still draw award buzz? Amour is the first film this year to provoke utterances of "masterpiece," and "Palme d'Or!" The film sounds like a departure for Haneke as critics are hailing it, among other things, for its "tenderness." The Playlist's Kevin Jagernauth writes that "Amour is a tough, harrowing picture but also one that, curiously, remains optimistic and full of heart." It also sounds like Jean-Louis Trintignant and Emmanuelle Riva could be contenders for the best actor prizes.

Other Take: Peter Bradshaw (The Guardian)

Mike D'Angelo (The AV Club) didn't think too highly of Thomas Vinterberg's The Hunt, but Robert Koehler tweeted that it is the biggest surprise in competition thus far and is, "for once, a good film from this highly erratic director."

Like father, like son...The first feature, Antiviral, from Brandon Cronenberg—son of David—is an exercise in "body horror." It received a pan from Indiewire's Eric Kohn, who writes that it "never lifts off from its one-note focus on the genre elements defining every moment.﻿"

We would have hoped that Dario Argento and 3D would be a match made in heaven (or hell) but the trailer for Dracula 3D was less than promising. Sadly, David Rooney (The Hollywood Reporter) has affirmed such suspicions, claiming that it is subject to "unintentional laughs" and is "utterly lacking in imagination."

Fernando Ganzo is providing some excellent coverage at Lumière, so far having written on Moonrise Kingdom, Mekong Hotel, Reality, and Pablo Larraín﻿'s No. We'll be following his work from here on out.

Finally, Sasha Stone (Women and Hollywood) takes a look at the roles of female characters in Beasts of the Southern Wild and Beyond the Hills in the midst of the "sexist" programming controversy at Cannes.