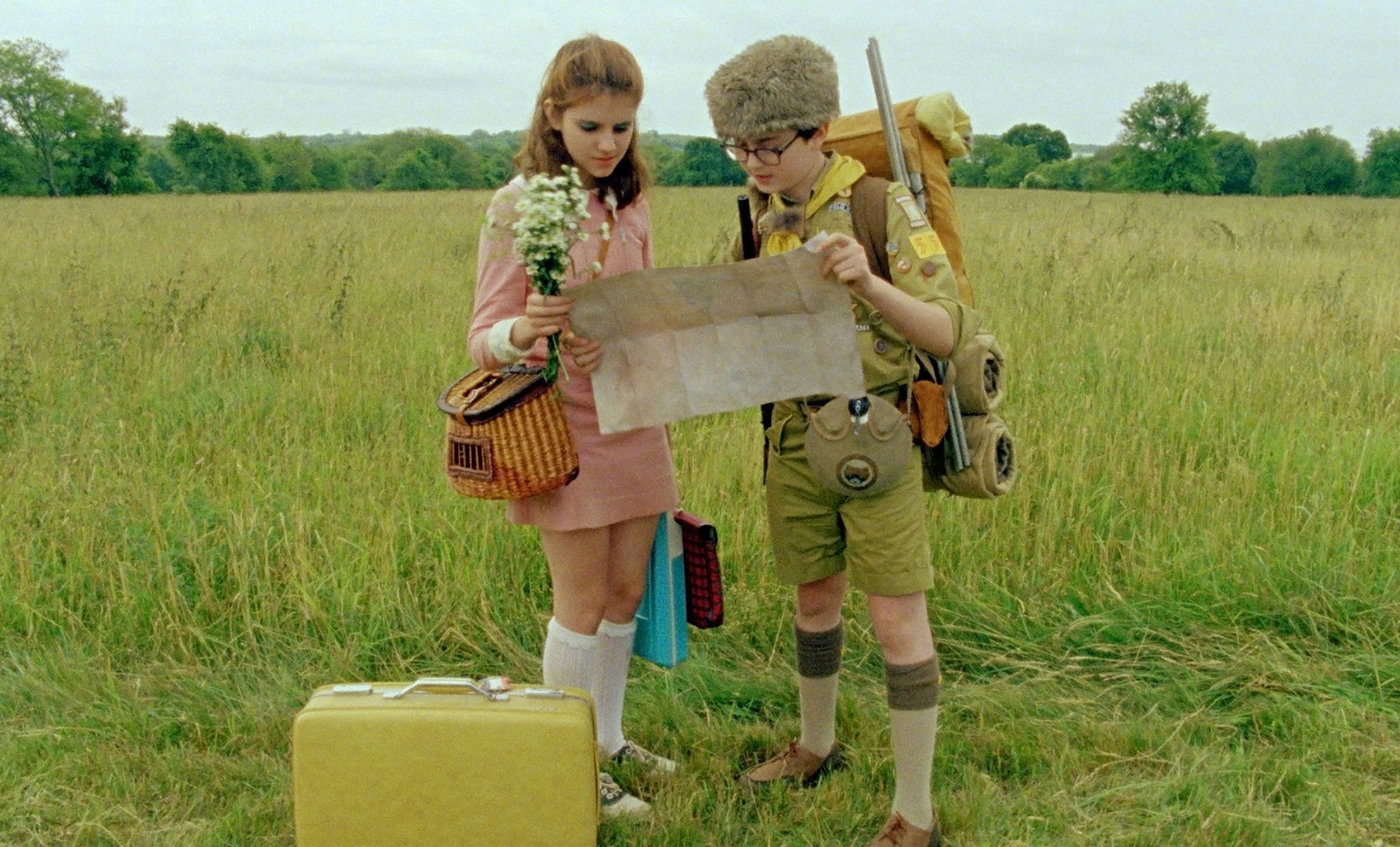 This year at the Notebook, we're not going to be rounding up everything being said about Cannes—an "old" friend is doing a great job of that elsewhere—but we're still following the festival closely, and will be posting updates on some of the pieces we've enjoyed reading.

The 65th Cannes Film Festival kicked off with the latest work in symmetrical, dollhouse-cinema from Wes Anderson—his first to play there. In most corners of cinephilia, the debate over his merits as an auteur persist, but the word on Moonrise Kingdom has thus far been decidedly positive. Robert Koehler, covering Cannes for Film Journey, sees the film as an "ideal opening night vehicle﻿", stating "there’s a kind of absolute auteurism, a hyper-aggressive formalism, an insistence on the camera’s view as a proscenium arch inside of which an entirely theatrical universe is created, alongside a lightness, a preference for melancholy swathed in the scent of vanilla, sadness as a weekend romp, the melodramas of parents and the children they don’t understand as storybook fantasies.﻿" It's not all good, however, according to Koehler, "Anderson doesn’t know when to leave well enough alone, and piles it on in the second half, until Moonrise Kingdom loses much of its mirthful charm. Its storybook pages get gummed and marked with a pile-on of business, rivalries within rivalries within rivalries﻿". 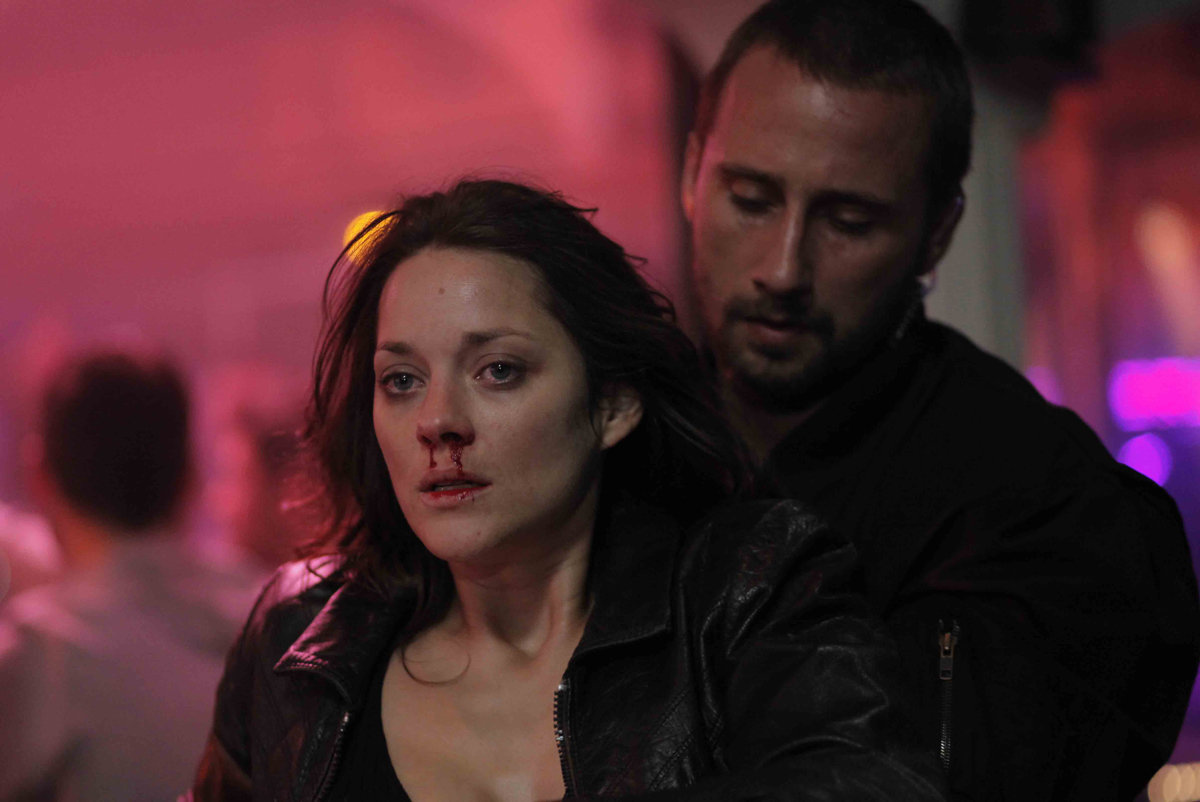 Reception hasn't been quite as warm for Jacques Audiard's Rust & Bone, his follow-up to his Grand Prix-winning A Prophet. Chicago Tribune's Michael Phillips' convincing piece is borderline scathing, claiming that "cowriter and director Audiard hits his theme over and over, like a punch-drunk middleweight: All of us are damaged. We're all animals under the skin. We all need love. And the entire picture feels like a poetic-grunge generality, with a penchant for jacked-up tension that feels applied to the situation, not pulled from within the people on screen."﻿

Our own Daniel Kasman﻿ is covering Cannes here in the Notebook, so make sure to follow along. His first piece is on Yousry Nasrallah's After the Battle, which he concedes "may not all work or work smoothly﻿", but that "Nasrallah is positing a very dynamic, challenging but accessible form of mainstream political cinematic storytelling—a goal intrinsically experimental. The film is thus an admirably active, thinking film, energetic and versatile, and altogether working on a level of intelligent, agile and unafraid engagement that is a terrific way to start the 2012 festival.﻿﻿﻿"

Michal Oleszczyk, writing for Hammer to Nail, finds Paradise: Love to be "very accomplished", but takes umbrage with how "[Ulrich] Seidl piles on unflattering shots of his plump female cast and lets his characters to go on a rampage of nasty, unwittingly racist behavior, only to chastise their moral blindness and false sense of cultural entitlement (rightly, but too easily).﻿" 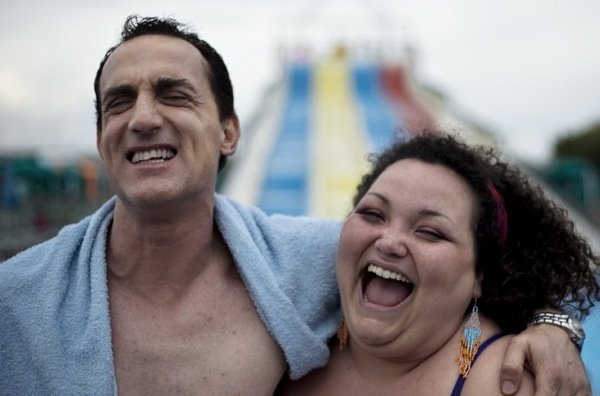 Reality, the new film from Matteo Garrone,﻿ is being greeted with some mixed reactions, but maybe one thing that can be agreed upon is that the story behind the lead actor is fascinating. Visit Film Comment's Cannes Daily Blog and Eugene Hernandez will fill you in.﻿

Two years after receiving the Palme d'Or from a very confused looking Tim Burton, Apichatpong Weerasethakul returns to Cannes with an out-of-competition "Special Screening" of his moyen-métrage, Mekong Hotel. It sounds like the Thai master of cinema is in somewhat familiar territory, but Press Play's Simon Abrams doesn't think that's such a bad thing, noting that "Mekong Hotel is nothing new from Weerasethakul. In his Thailand, hungry ghosts, reincarnated animals and frank but casual discussions of sex and violence just . . . happen, unobtrusively," adding that "Thailand is Weerasethakul’s foremost concern, being the locus for Mekong Hotel’s impressionistic portrait of longing, both fulfilled and unrequited, and its most refreshingly beguiling protagonist.﻿"

That brings us up to the five films that have screened in competition, and one out-of-competition—more have screened, of course. If you want to stay on top of press conferences and interviews, follow along at the Cannes website. There are no Lars von Trier face-palm-prompting incidents to look forward to/dread this year (that we know of), but Bill Murray's multicolor blazer and cute quips have been a pleasant alternative. Manohla Dargis of The New York Times writes on Murray and delivers some exposition on what's going on at this year's festival, for those interested. And if you're looking for anecdotes from the Croisette, they don't come more heartwarming than the child cast of Moonrise Kingdom playing hide-and-seek at an after party followed by some more Murray shenanigans.

It's not part of the official selection, but the curious may want to know that Kanye West is screening a short film at Cannes described as an "immersive seven-screen experience", titled Good Summer.

Lastly, if the business side of things tickles your fancy, Deadline New York has a list of "Hot Film Titles" up for grabs in the market.