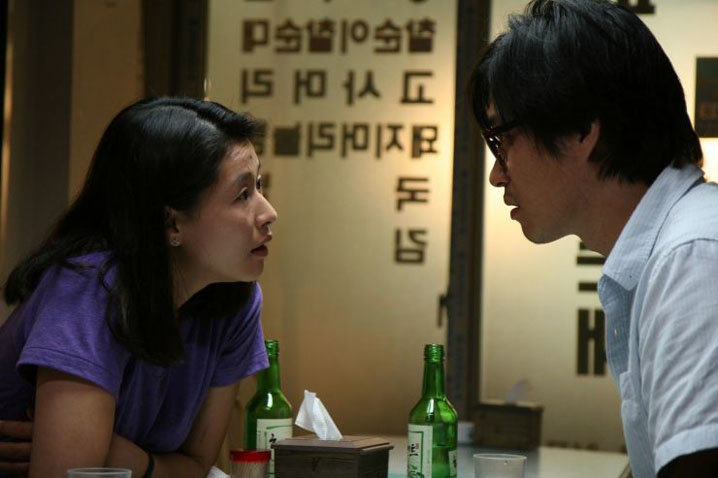 Claire Denis, president of the Un Certain Regard jury (see the Cannes interview) has announced that the top award goes to Hong Sang-soo's Ha Ha Ha. The jury prize goes to October (Octubre), "a first feature by Peruvian brothers Daniel and Diego Vega," reports the AFP. "The movie tells the story of a Lima loan shark who suddenly finds himself saddled with a baby. The best acting prize went to the three actresses who play women who travel to a remote town to do welfare work among the local poor in the Argentinian film Los Labios, by Ivan Fund and Santiago Loza." More on that one below.

"Hong Sang-soo's biting humour and complex, idiosyncratic style is as well-formed as ever in his 10th feature," writes Darcy Paquet in Screen. "Nonetheless its rather stifling atmosphere in contrast to the breezy cool of Woman on the Beach (2006) and Like You Know It All (2009) will make it a hard sell beyond the director's small group of devoted fans.... A clever framing device provides the audience with a comparatively accessible narrative structure, at the same time as the characters themselves prove more difficult to embrace. Shortly before emigrating to Canada, the aspiring film director Moon-kyung (Kim Sang-kyung) has a drink with his younger friend, the film critic Joong-sik (Yu Jun-sang). While talking they discover that they have each recently traveled to the seaside town of Tong-yeong. They agree to tell their stories, recounting only the good memories, but they don't realize that they in fact spent their time in the same places with the same people, without ever running into each other."

Melissa Anderson for Artforum: "Like most of Hong's recent films, Hahaha unfolds as a featherweight, auteur-stamped rom-com, with the men pickled in alcohol and hopelessly bumbling, and the women mercurial, capricious, and often right."

Updates, 5/24: "Rather than the usual bifurcated narrative, in which the second half of the film repeats the first with slightly different characters and/or details, this new one gets all DW Griffith on our ass and actually intercuts two separate stories, which are being swapped by a couple of film-industry colleagues over what sounds like the contents of an entire liquor cabinet," writes Mike D'Angelo at the AV Club. "Each man tells the tale of a recent trip to the same city, involving in both cases the awkward series of romantic entanglements in which Hong specializes, and it quickly becomes apparent — to us, but never to them — that they're relating the same incidents from different angles, having nearly crossed paths on a daily basis. This fairly high concept seems to cry out for farce, but Hong, bless him, sticks stubbornly to his own bemused brand of quasi-comedy, with consistently entertaining if ultimately somewhat weightless results."

Maggie Lee in the Hollywood Reporter: "Basking in the sunny, relaxed mood of its cleverly punning title — which means 'Summer, Summer, Summer' in Korean — Hahaha is a midsummer night (and day) sex comedy that sees director Hong Sang Soo at his most good-humored and tolerant toward his characters."

Update, 5/26: "The bifurcated storytelling that frames the film ultimately tells us less about our human characters, with their comical bumblings and momentary heartfelt declarations, and more about how human character is informed by its surroundings," writes Daniel Kasman here in The Daily Notebook.

Nice batch of grades at Letras de Cine. Cargo has the trailer and a fun clip. Page at Cannes. 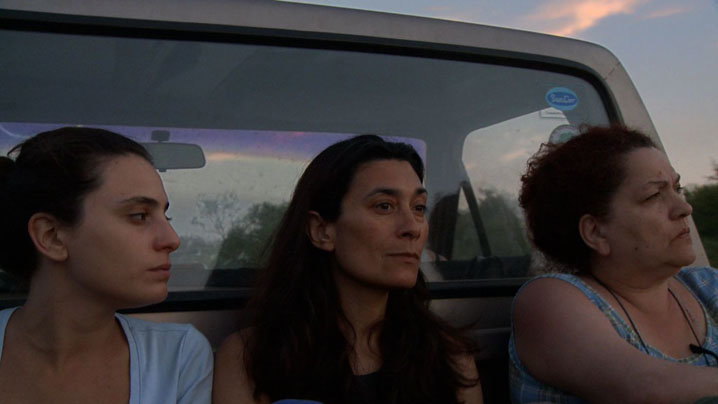 To Los Labios (The Lips). "Three female medical workers travel to a distant part of Argentina to help the locals in this graceful, humane and unclassifiable drama," writes Lee Marshall in Screen. "It's a fragile, slow-paced and declaredly indie number, but the film's intriguing blend of acted scenes and others apparently improvised around real patients in this impoverished (and never named) part of the country keep us going through the occasional longueur."

"The body of the film is given to their visits to the area's scattered residents, who suffer from malnutrition and other ills caused by poverty," notes Deborah Young in the Hollywood Reporter. "Part sociologists, part paramedics, [the women] question the locals closely about their children's diet and how many family members sleep in one bed. Lead by an older women, Coca (Adela Sanchez), the younger women go quietly about their business with a stoic heroism that occasionally breaks down in tears. A final happy dance sequence in a local bar is enough to close the film on an upbeat note."

Pages at Cannes for The Lips; and for October.