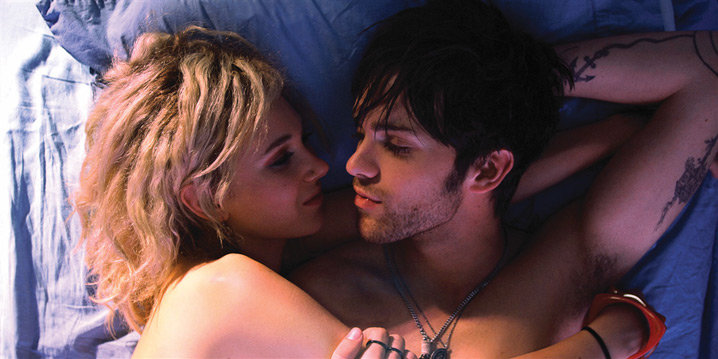 There are a lot of sad figures in Leigh's film, and while it centers on Lesley Manville's skittish, lonely neurotic Mary, I quite liked the lumpy sadsackism of Peter Wight's Ken, who plays slow, rotund, beer-swilling melancholy to Manville's sad, white wine drinking, tightly wound pep.  To get away from the film's structural simplicity, I began imagining Another Year going off in another direction, developing a reluctant romance between these two, rather than having Mary reject Ken's tubby advances.  I wonder if this film would have been more organic and invigorating than Leigh's perfectly fine but placidly contained seasonal drama.  I guess if Alain Resnais has taught us anything, it is that any visual story has in it the suggestion—and ability!—to go off at any moment in any direction imaginable, if it so desires.

A highlight of this film's original use of the way kids secretly communicate is when, upon returning home from school, the lead boy turns on his PlayStation 3, adds a new friend to his buddy list, and joins a private VOIP chat room with his schoolmates to share answers on homework.  Not nearly enough contemporary films are so casually savvy with the way people use the technology of the time in which their film is shot.

The final shot of this overly simplistic, unnecessary film reminded me of a video I once saw on YouTube of a Japanese TV reporter broadcasting live footage of the most recent eclipse.  The camera panned about 100 degrees, and in that pan, from left to right, you basically saw the lighting of the location go from day to night.  It was incredible, and Haroun achieves a similarly spectacular lighting effect in his final shot.  For a film that up until then had a strictly realist visual aesthetic, this otherworldly on-camera transition from light to darkness nicely ended the film in the realm of the fable that the story always existed on.

This conspiratorial-dark arts dorm room fantasy does itself little service by being kitschy-flippant and full of entirely unpleasant characters, such that the dopey stoner humor and 3rd-degree-removed genre pastiche leaves the pleasure and comedy erratic at best.  But for all its intended tacky directness and attempts to remove from the audience any sense of actuality (particularly well done: the nearly abstract college cafeteria, and the opulent, ecstasy-laden club lighting of the dorm rooms at night), it has that sexual honesty and sleazy heightening of sexual intent and lifestyle also found in the discontinued MTV show Undressed.  People fuck and dream about fucking, and probably would solely continue to do so—and the video would be better for it—if not otherwise interrupted by Araki's insipid mystery plot.