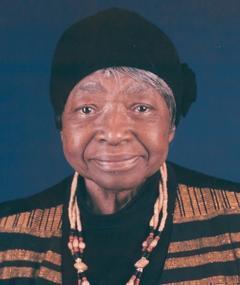 “In the criticisms and analyses of the film by some white feminists during the 70s, I Am Somebody was not regarded as a feminist film. To me, the importance of the film was not its classification, however; it is a film made by a Black woman for and about Black women. At the time my concern was had I been successful in making a film that was true to their experience?”

A perfect document of the intersections between race, class, and gender, I Am Somebody is Madeline’s Anderson’s exemplary film. Featuring Coretta Scott King amongst Black female hospital workers in their labor struggle, Anderson’s kinship with her subjects is felt in every frame.

Commissioned by William Greaves’ television program Black Journal, this film from pioneering director Madeline Anderson is a eulogy to Malcolm X. Featuring a rare interview with his widow, Betty Shabazz, the film combines archival footage and images of his funeral to form an essential portrait.

Starting our Madeline Anderson series is her essential debut film, a vital snapshot of the civil rights movement. Capturing the bubbling energy of the late 50s by tracking various forms of activism, the film is a great historical record and one of the pioneering political films of Direct Cinema.